23 Grammatical Mistakes Everyone Makes All the Time

They're a lot of errors out there.

The English language isn't easy to master. Just when you think you've got the rules down pat, you find yourself questioning whether you're using the right "your" and where the heck to put that pesky comma. We here at Best Life understand the struggle of proper sentence structure and grammar as well as anyone. So we've created a list of some of the most common grammar mistakes along with their remedies. So let's (not lets) dive in.

It's is a contraction that means "it is" or "it has." Its, on the other hand, is a possessive adjective.

Incorrect: The dog went into it's kennel because its cold outside.

Correct: The dog went into its kennel because it's cold outside.

Descriptive words, phrases, and clauses need to be placed either directly before or after the noun they're describing in order to make sense. Otherwise, what you have on your hands is a dangling modifier.

Correct: Ravenous, the kids scarfed down the homemade dinner instantly.

People have a tendency to incorrectly use commas when they should be using other forms of punctuation. One of the most common comma errors? Using one to merge two complete clauses when there should actually be a semicolon or a period instead.

Incorrect: Alex went to the store, he grabbed lunch.

Correct: Alex went to the store; he grabbed lunch.

Correct: Alex went to the store. He grabbed lunch.

To and too are not interchangeable. While to is a preposition used to indicate a movement or action of some sort, too is either a synonym for also or an adverb meaning "more than desired."

Incorrect: I'm going too the gym so I don't gain to much weight.

Correct: I'm going to the gym so I don't gain too much weight.

Incorrect: Can you get some milk at the store to?

Correct: Can you get some milk at the store too?

Their is an attributive adjective used to indicate that someone possesses something. They're is a contraction that's short for "they are." There is an adverb most often used to indicate a specific place or position. Though they're all pronounced the same way (which means they're homophones), none of these words are interchangeable.

Incorrect: There going to put they're backpacks down over their.

Correct: They're going to put their backpacks down over there.

Sorry, Mean Girls fans. Irregardless isn't actually a word since regardless actually means "without paying attention to the present situation." Therefore, there's no need for a prefix that means "not/no."

When you spell out there's and here's, they become there is and here is. And, because both of these are singular, they shouldn't be used in their contraction form with plural subjects.

Incorrect: There's a lot of new businesses moving in.

Correct: There are a lot of new businesses moving in.

Based off is never grammatically correct. It should always be based on. After all, a base of, let's say, a piece of furniture, is something the rest of the item is built on. Hopefully, that helps make this one stick.

Your is a possessive pronoun used to designate that someone has something. You're, on the other hand, is a contraction that's short for "you are." Just like they're/their/there, your/you're cannot be used interchangeably.

Incorrect: Your in for the ride of you're life.

Correct: You're in for the ride of your life.

10. Putting Punctuation in the Proper Place with Quotation Marks

The American style punctuation rules are largely based on the Associated Press Style Guide and Chicago Manual of Style. According to those guides, periods, commas, question marks, exclamation points, and quotations within quotations should always be placed inside quotation marks. Parentheses, semi-colons, colons, and question marks or exclamation points that aren't part of a quote, however, must remain outside.

Incorrect: She asked, "Why would you want to do that"? I told her, "Because it's my choice;" but she still didn't understand.

Correct: She asked, "Why would you want to do that?" I told her, "Because it's my choice"; but she still didn't understand.

It's not the 60's, nor is it the 60s. To be grammatically correct when shortening decades, place the apostrophe before the numbers.

Incorrect: The 60s were a great time to be alive.

Correct: The '60s were a great time to be alive.

If you can remove a clause from your sentence without ruining the meaning of the entire thing, then which is the word you need for your nonessential clause. If, on the other hand, your clause is vital to your sentence's meaning, then you have a defining clause on your hands and you should use that.

Incorrect: In a world which is full of posers, you should always try to be yourself.

Correct: In a world that is full of posers, you should always try to be yourself.

Incorrect: The iPhone, that stores photos and music, is a great device to own.

Correct: The iPhone, which stores photos and music, is a great device to own.

Though some people use the word alright, the grammatically correct spelling of this word is actually all right. So if you're quoting Matthew McConaughey, be sure it looks like this: 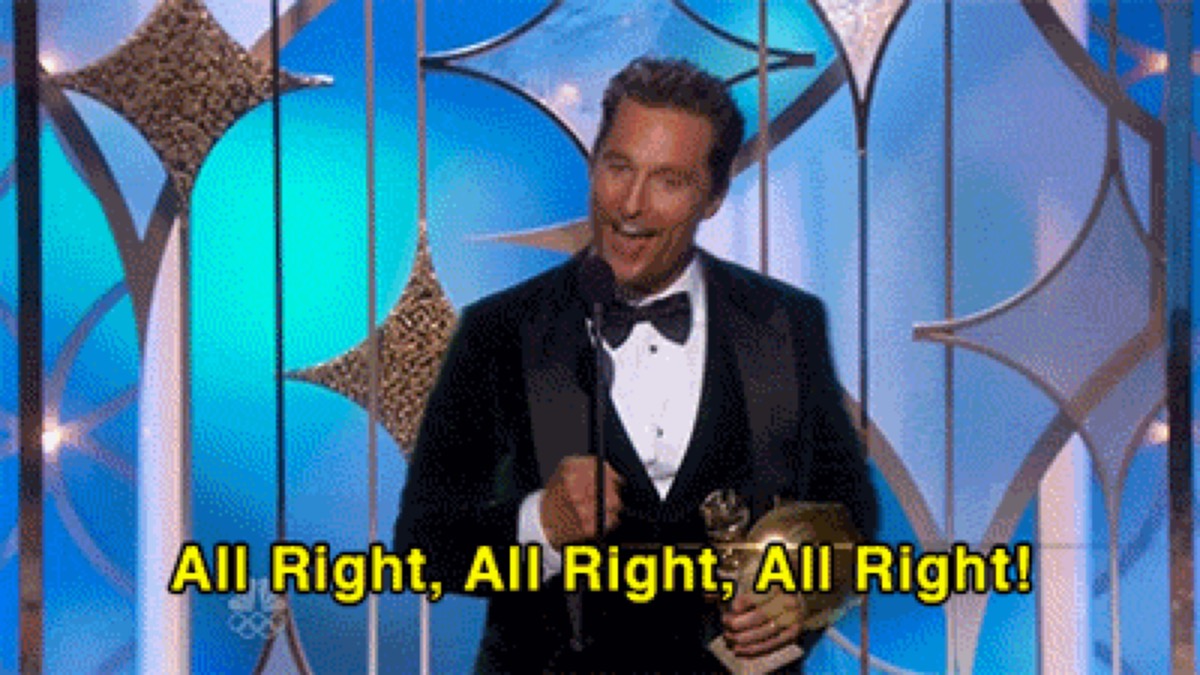 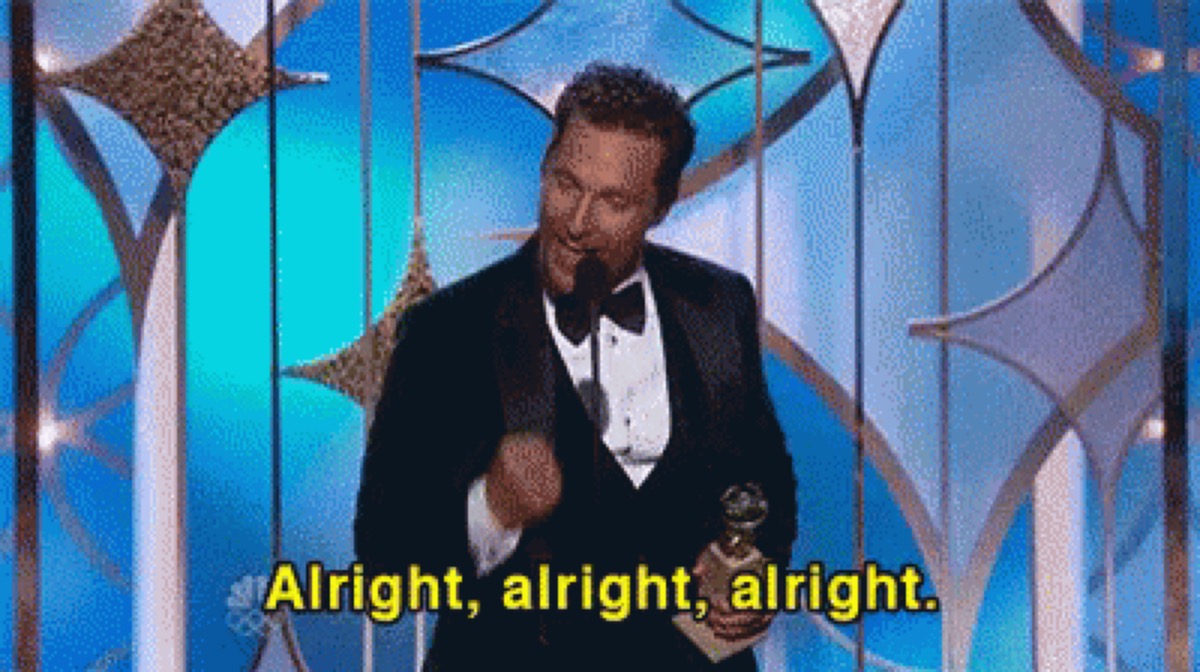 Incorrect: The side affects of this medication are alarming. How is it effecting you?

Correct: The side effects of this medication are alarming. How is it affecting you?

Incorrect: After I lie my purse down on the table, I'm going to lay in bed.

Correct: After I lay my purse down on the table, I'm going to lie in bed.

Let's simply means "let us," and it's used in commands and suggestions. Lets, on the other hand, is the present tense form of the verb let, meaning "to allow."

Incorrect: As long as my mom let's me go to the concert, lets meet at the venue around 6 p.m.

Correct: As long as my mom lets me go to the concert, let's meet at the venue around 6 p.m.

Incorrect: If I use fewer sugar in this recipe, it'll be less calories.

Correct: If I use less sugar in this recipe, it'll be fewer calories.

18. Using "One Another" and "Each Other" Interchangeably

It's become generally acceptable to use one another and each other as if they refer to the same amount of people. However, if you want to use proper grammar, each other is supposed to only be used when referring to two people, and one another is only meant for more than two people.

Incorrect: Alex and Gina never get gifts for one another, but that doesn't mean everyone in the office can't give each other gifts.

Correct: Alex and Gina never get gifts for each other, but that doesn't mean everyone in the office can't give one another gifts.

19. Forgetting to Add a Comma After a State Name

When writing the name of a city followed by the state in which it's located, most people forget that there needs to be a comma both before and after the state name.

Incorrect: In the city of Anaheim, California you'll find Disneyland.

Correct: In the city of Anaheim, California, you'll find Disneyland.

Then denotes a sense of a time, while than is used to compare two things. Though they sound the same, they don't mean the same thing.

Incorrect: I'm going to grab milk from Target; than I'll be able to find out if it's more expensive then it is at Walmart.

Correct: I'm going to grab milk from Target; then I'll be able to find out if it's more expensive than it is at Walmart.

The em dash has several uses, but it's most often used to create a break in a sentence. The en dash—or hyphen—only has two uses: to connect words in a compound word and to separate numbers.

Incorrect: I'm going to try to figure this out for myself-if I can't, I'll ask my 90—year—old grandmother.

Correct: I'm going to try to figure this out for myself—if I can't, I'll ask my 90-year-old grandmother.

A simple apostrophe can completely change the meaning of a word or a sentence. With an apostrophe, a noun becomes a possessive—and without one, it's just the plural version of that noun.

Incorrect: Don't touch anything of my moms.

Correct: Don't touch anything of my mom's.