25 Fascinating Facts You Never Knew About the Boy Scouts

No, it's not all making campfires and tying knots.

The Boy Scouts can seem a bit old-fashioned. For one thing, now, it's just Scouts. As of 2017, girls are as welcome as boys to don the neckerchief and khaki uniform, finally bringing the organization into the 21st century. But the Boy Scouts also continues to teach basic ideas of decency and friendliness (and hardcore wilderness survival) that can seem…kinda strange in this era of constant connectivity.

While many people may think they know what Scouting is all about (tying knots, mostly), it turns out that this venerable organization has a quirky past. Here are 25 unexpected facts about Boy Scouts. 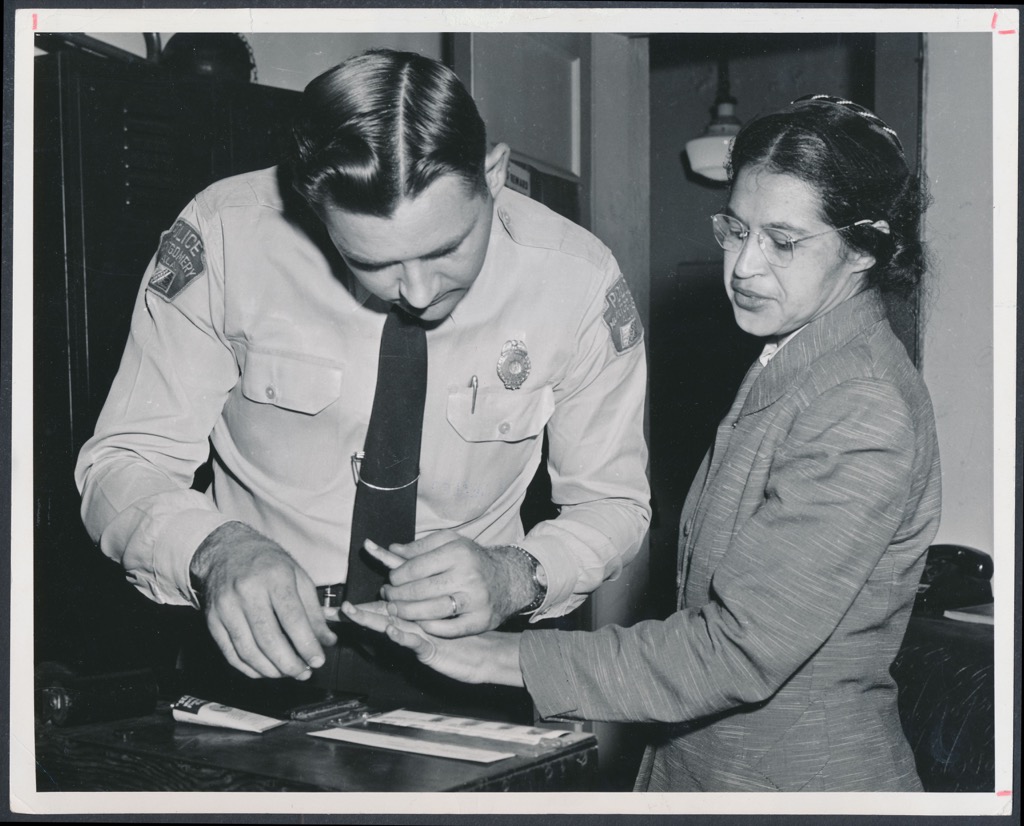 The relationship between the feds and the scouts goes way back. FBI Director J. Edgar Hoover often hosted Scout visits to FBI headquarters and in 1937, he oversaw the drafting of the organization's Fingerprinting merit badge pamphlet. The Scouts taking the badge gathered fingerprints on drives that they would forward to the FBI's Civil Identification Section. Though separate from its criminal database, it nonetheless allowed the organization to gather the IDs of numerous Americans. 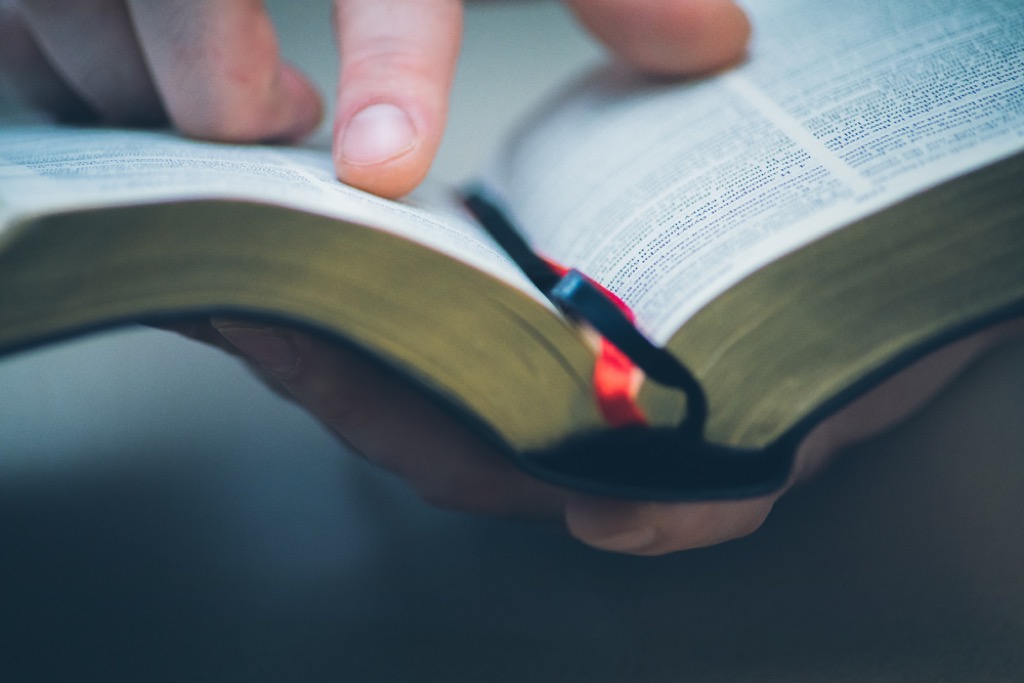 For decades, the BSA was known to refuse admittance of "girls, gays, and the godless." While they've updated their rules on the first two groups, they've held fast to keeping atheists out of the group. Last summer, the group affirmed that "the National Executive Board of the Boy Scouts of America hereby reaffirms its unequivocal commitment to the Declaration of Religious Principle as a fundamental component of the mission of the Boy Scouts of America."

3
In Up, Russell's Merit Badges Have Hidden Meanings

One of the more recognizable Scouts (ahem, "Wilderness Explorers") on film, the overly friendly Russell from Up rocks an impressive sash of merit badges. But if you take a closer look, it turns out it's hiding some deeper messages. As /Film explains: Russell has a badge for 2D animation and one featuring the ball from Luxo. Another one of the badges shows a burger with a candle in it, which is a tribute to Merritt Bakery, an old school bakery and restaurant on the south end of Lake Merritt in Oakland—and there's a production story behind its inclusion.

Producer Jonas Rivera explains: "Pete and I, when we work on a film, we go almost every week at night (to Merritt Bakery) to sit at the counter and eat cake and talk about the movie. One of the things we saw over there was the burger cake—it's shaped like a hamburger. We thought 'That is so ridiculous,' so we made it a trend to buy that for our crew meetings. And one of Russell's badges is a burger cake. There's some Oakland love in the movie."

4
Many Scouting Programs Have Allowed Been Co-Ed for Decades 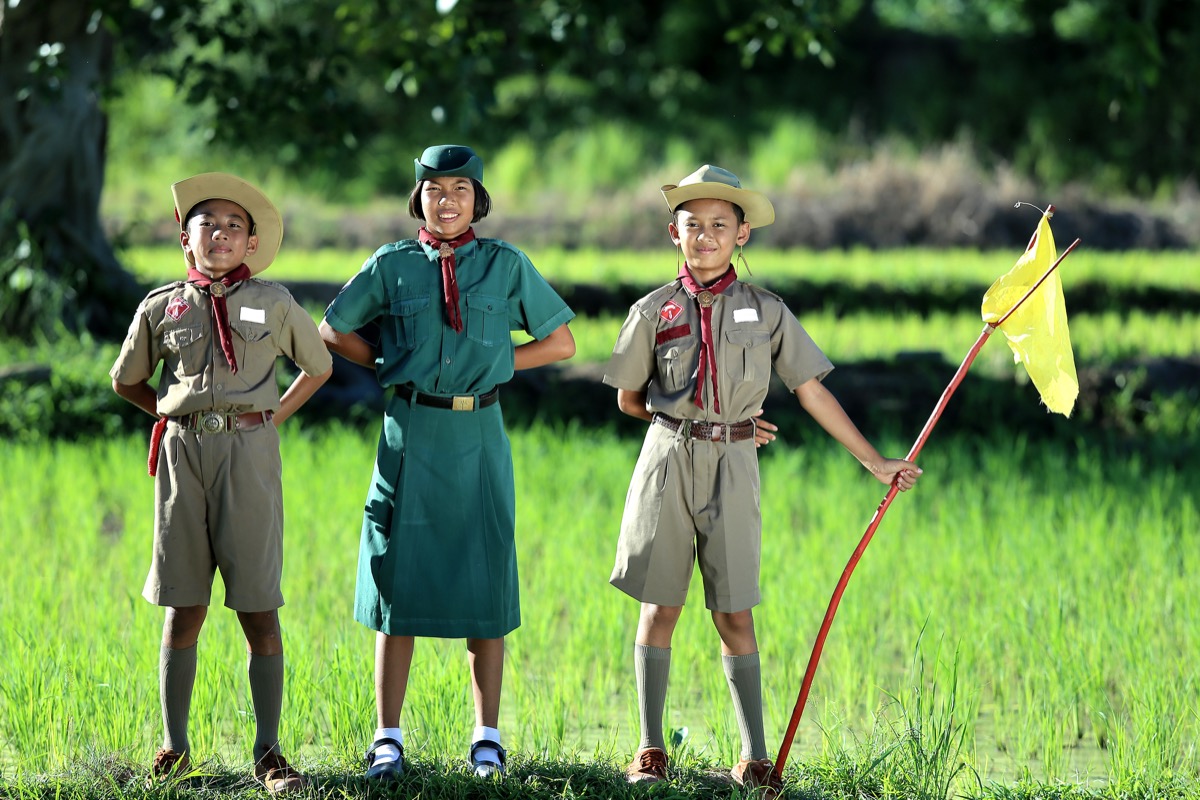 While the United States collectively freaked out—and then almost immediately stopped fussing—when it was announced in 2017 that the BSA would begin admitting girls, many Scouting organizations around the world have long admitted both boys and girls. To name two: Canada (which loosened up its "No Girls Allowed" policy in 1992, changing its name to Scouts Canada in 2007) and England (birthplace of the Scouting movement, where girls have been allowed since 1991). 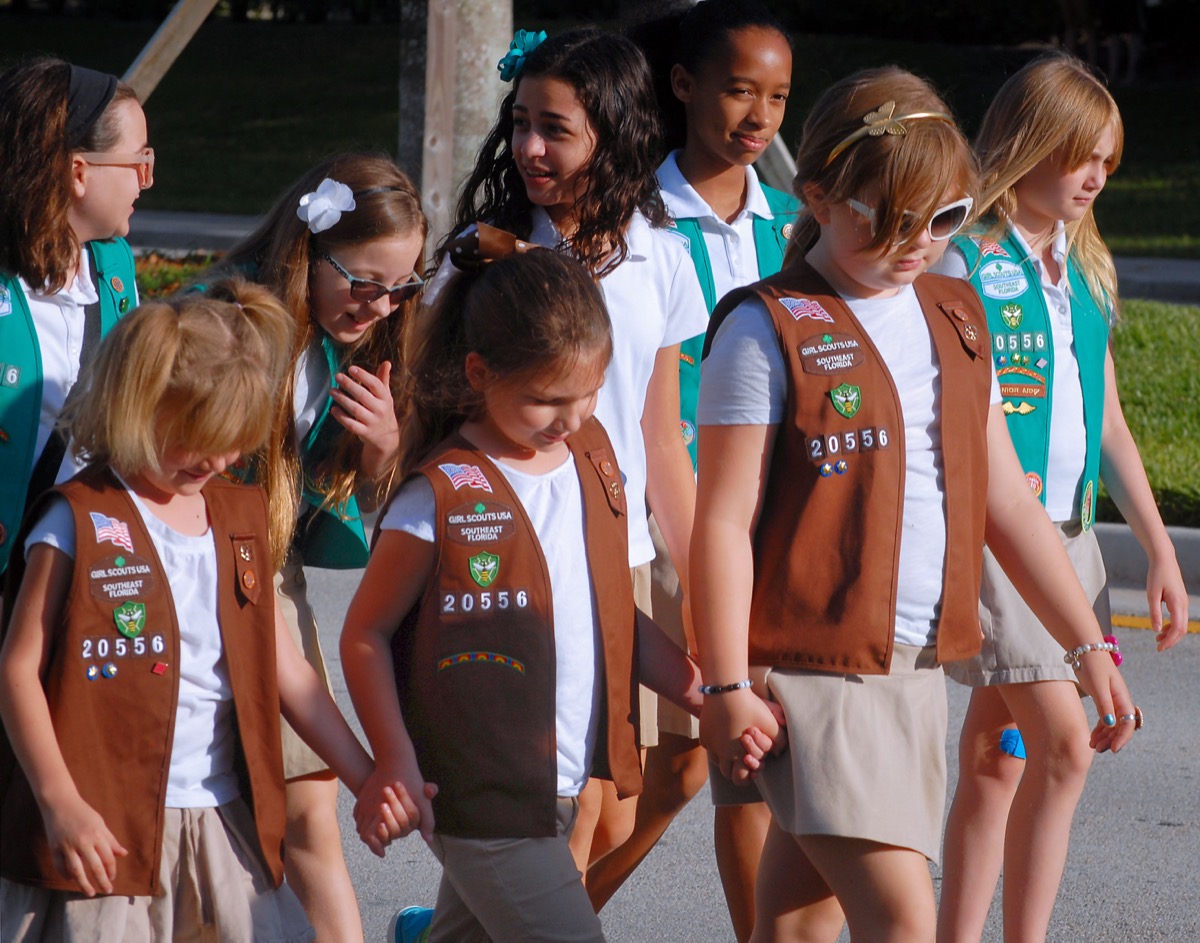 It's not just foreign countries that are more open minded about girls in the Scouts. A number of BSA organizations have long allowed girls, such as the Venturing program, started in 1998, focused on encouraging community service projects and other kinds of citizenship initiatives. Also open to girls: The Exploring program, Sea Scouts, and STEM Scouts.

6
The BSA Added to the British Scout Law 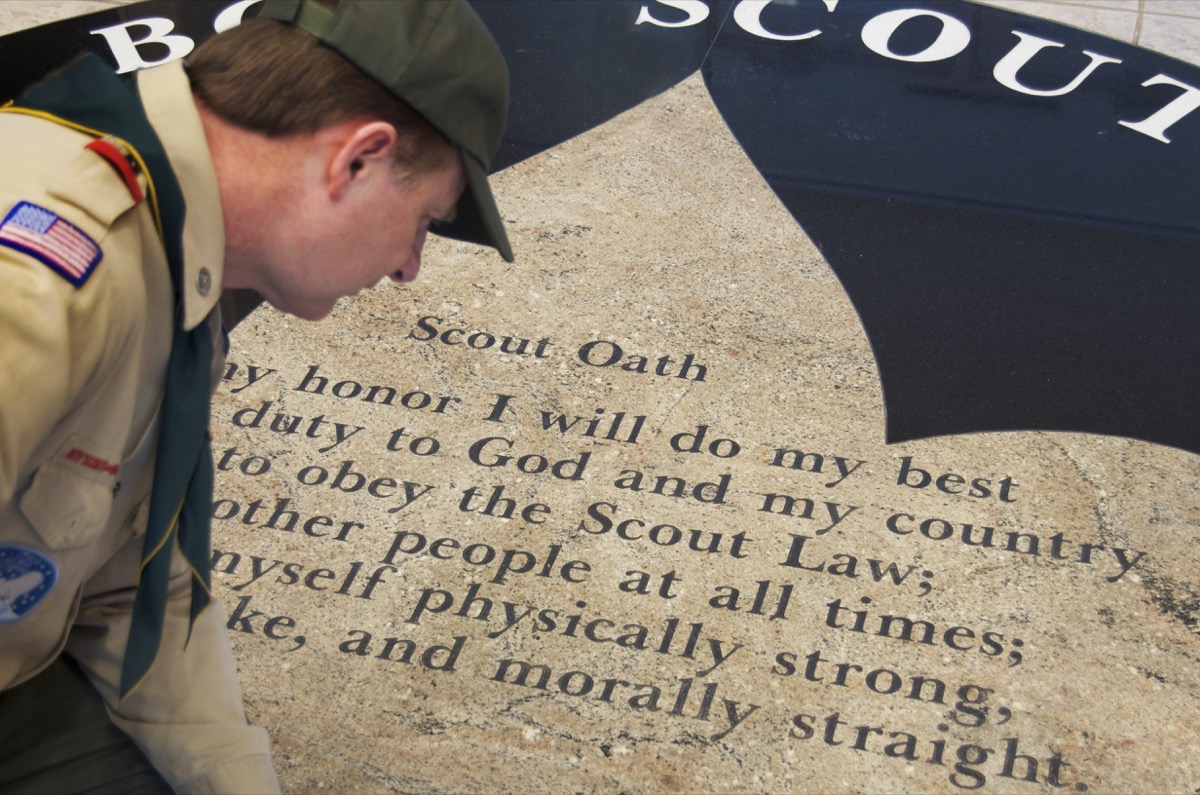 The original Scout Law consisted of 10 points. Briefly, they were that a Scout is trustworthy, loyal, helpful, friendly, courteous, kind, obedient, cheerful, thrifty, and clean. But when the Boy Scouts of America created its own take on the Law, it characteristically added courage and religion into the mix, making "brave" and "reverent" two of the final parts of the law.

7
Norman Rockwell Was a Big Fan 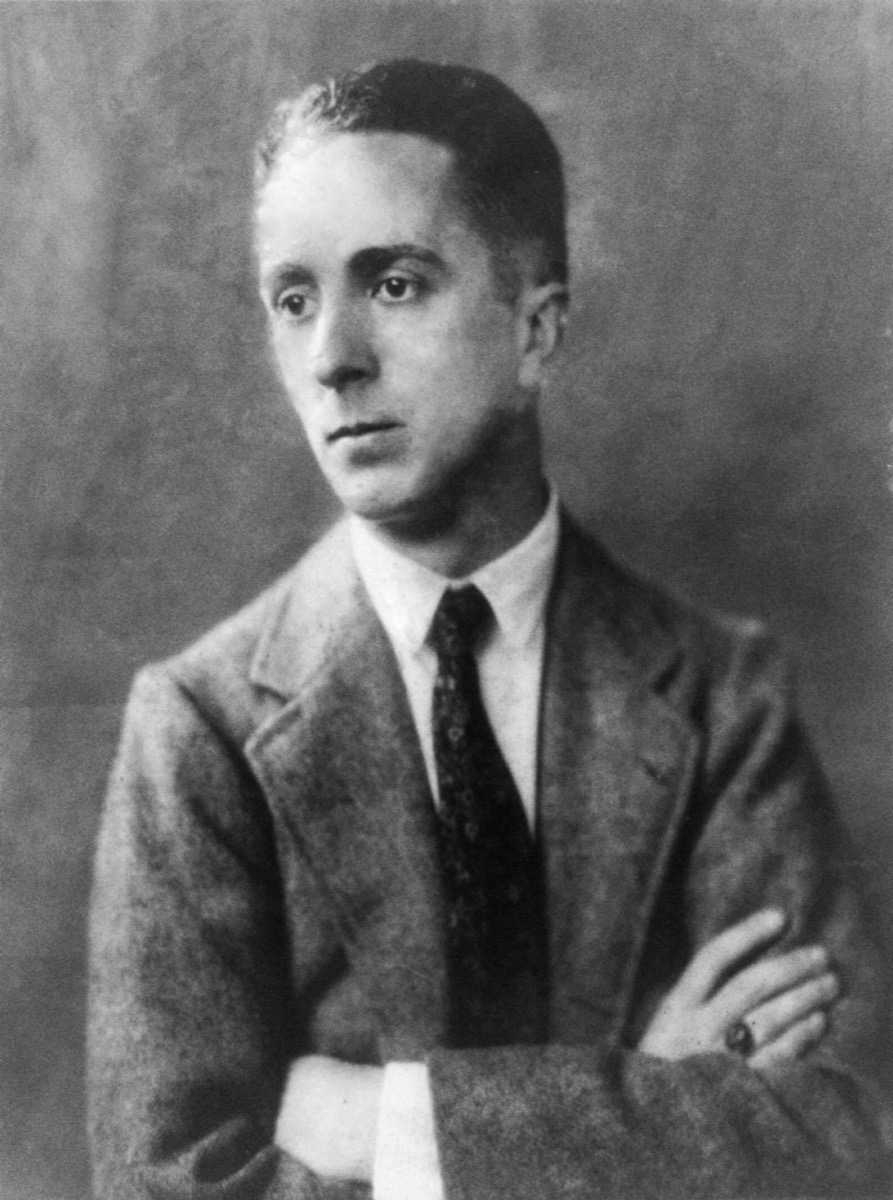 A former Scout himself, the famed American artist made no secret of being a fan of the organization and all it represented. After serving as the first art director of Boys' Life magazine, he put his money where his pens were, illustrating the annual Brown & Bigelow Boy Scout calendar free of charge over a more than 50-year period (only skipping two years)—not to mention a number of Saturday Evening Post covers featuring Scouts.

8
Scouts Helped After the Attack on Pearl Harbor 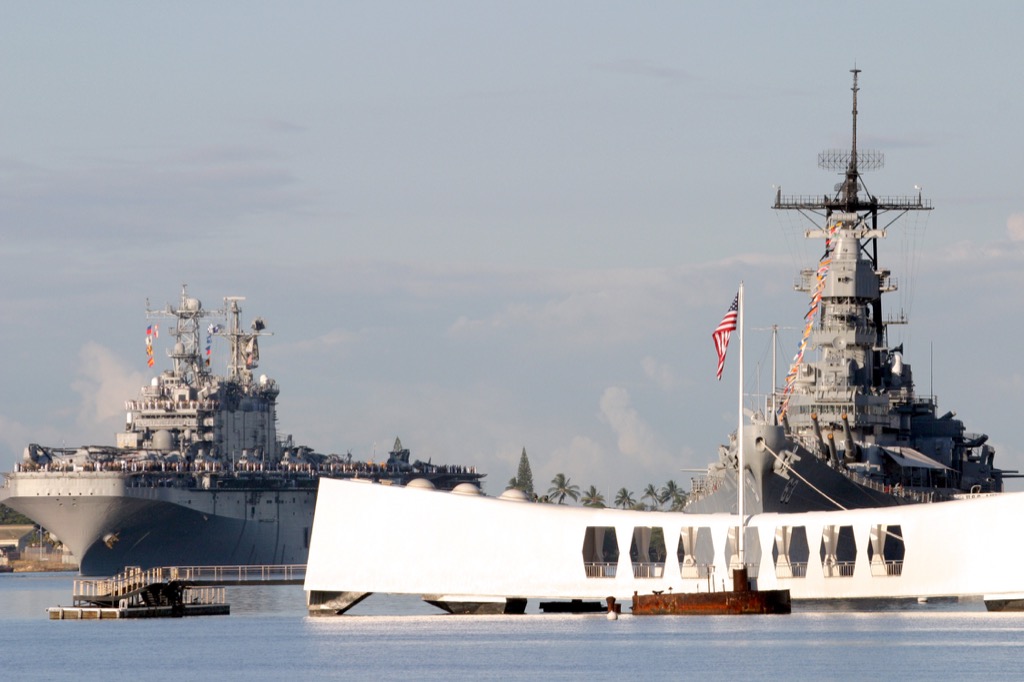 When the Day That Will Live in Infamy arrived, Honolulu Boy Scouts rushed to the aid of those who had been affected, administering first aid to those injured and relaying messages by foot and by bike. As Fred Forbes, Scout Executive of the Honolulu Council, wrote in a brief telegram explaining the response: "Honolulu Scouts and Scouters in emergency action—communication, first aid, general assistance, helpfulness.

9
They Once Offered a "Nut Culture" Merit Badge 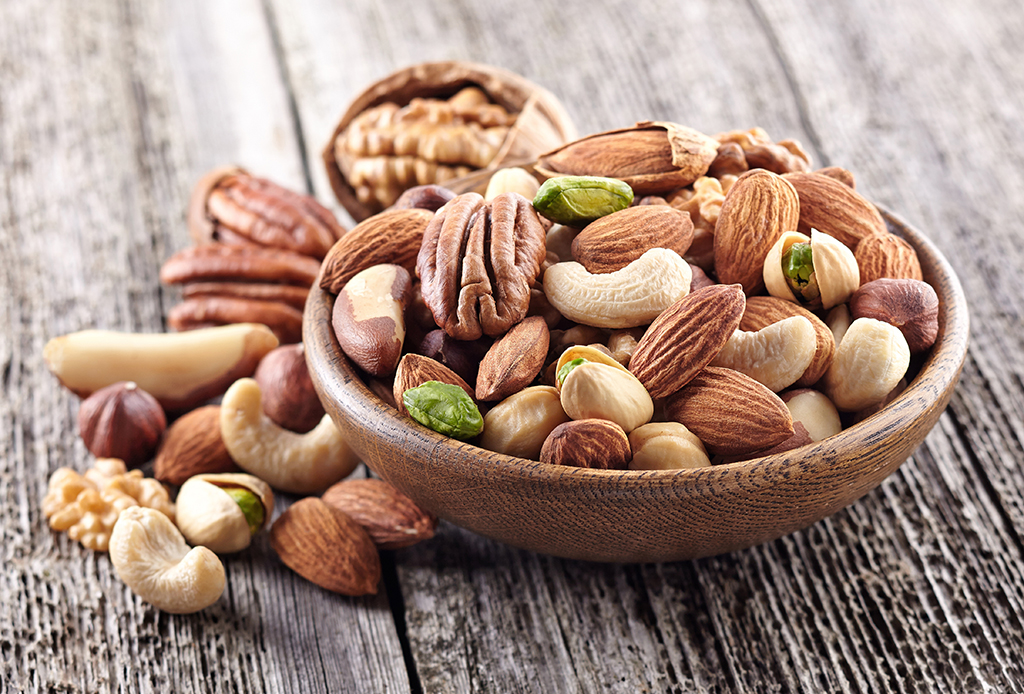 Though you might think this was introduced during the peanut-farming craze sparked by President Jimmy Carter's election, in fact, the Nut Culture badge, which taught Scouts how to cultivate walnuts, almonds, pecans, and more, was discontinued in 1954—decades before Carter even ran.

10
The FBI Recruited Scouts as Informants

In 1971, an FBI program known as Operation SAFE (Scout Awareness for Emergency) was revealed. The program encouraged local police departments to recruit Boy Scouts as informants, so they could watch out for unusual activity in their neighbors' homes, loitering, or other suspicious behavior. The program aimed to provide 20,000 "extra eyes and ears for the police department."

11
The Founder Caught and Cooked Rabbits at Boarding School

No wonder there was once a Rabbit Raising merit badge. Lord Robert Baden-Powell—the man who created the very idea of Scouting and helped to launch an international movement—probably would've seemed a little weird today. While at the boarding school Charterhouse, Baden-Powell spent his free time hunting, catching, and cooking rabbits. He also went on to be a war hero (and created an organization that would shape young men and women for more than a century to come). But c'mon, catching your own meals as a kid? That's out there.

12
Baden-Powell's Grave Is a National Monument in Kenya

You might not be surprised to learn that the grave of the patron saint of Scouting is considered a national monument. But what is surprising is that it is not in England, where he originally founded the Scouting movement, or even the United States, where its largest organization is based. In fact, he's buried in Kenya, a country he often described being fond of and where he spent the final years of his life. The walkway features the Scout Law on the left and Girl Guide's Law on the right.

The sister of B.P. (as he was known to his friends), Agnes Baden-Powell, founded the Girl Guide movement in 1910, just a couple years after Scouting Movement launched. She wrote the Handbook for the Girl Guides or How Girls Can Help to Build Up the Empire, and served as the organization's first honorary president (until the honor was passed to Britain's Princess Mary). 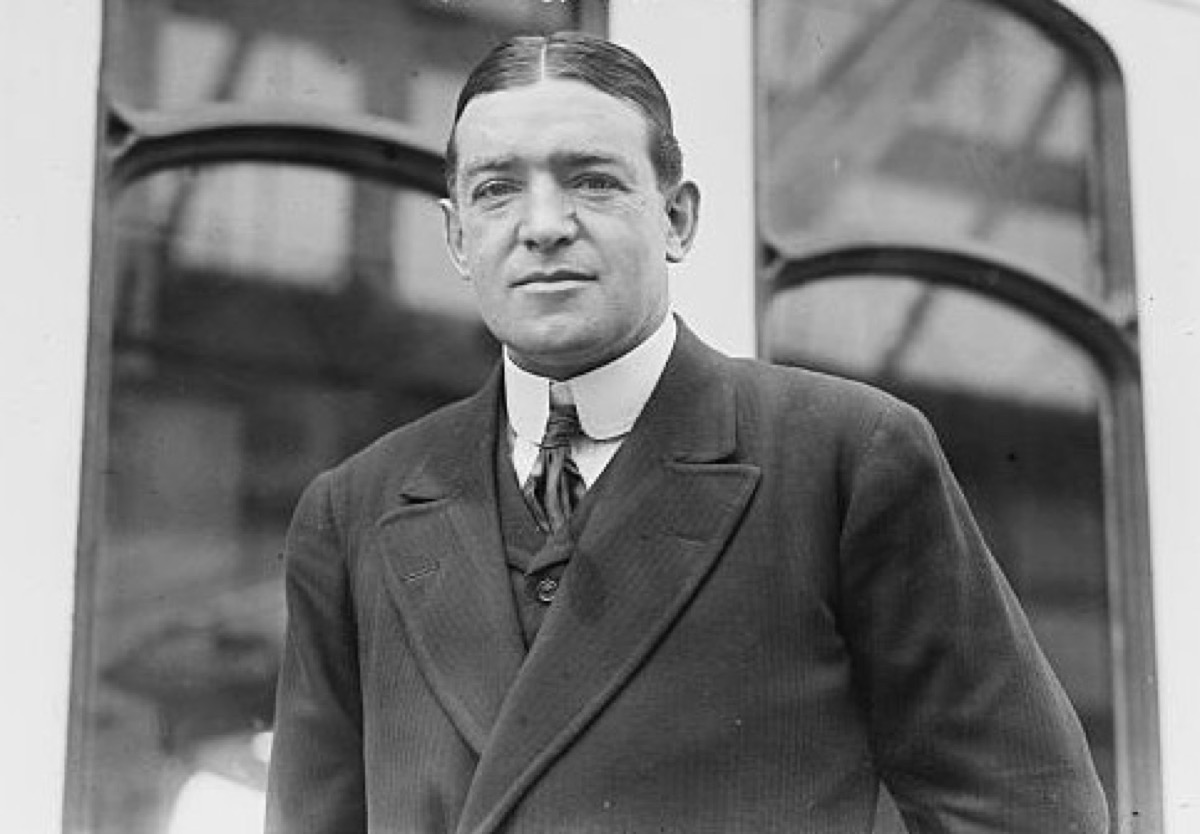 The celebrated explorer Ernest Shackleton shared one of his last adventures with a pair of Scouts. James Marr and Norman Mooney were given the opportunity to hop aboard the Quest after winning a contest.

15
The BSA Used to Have Rivals 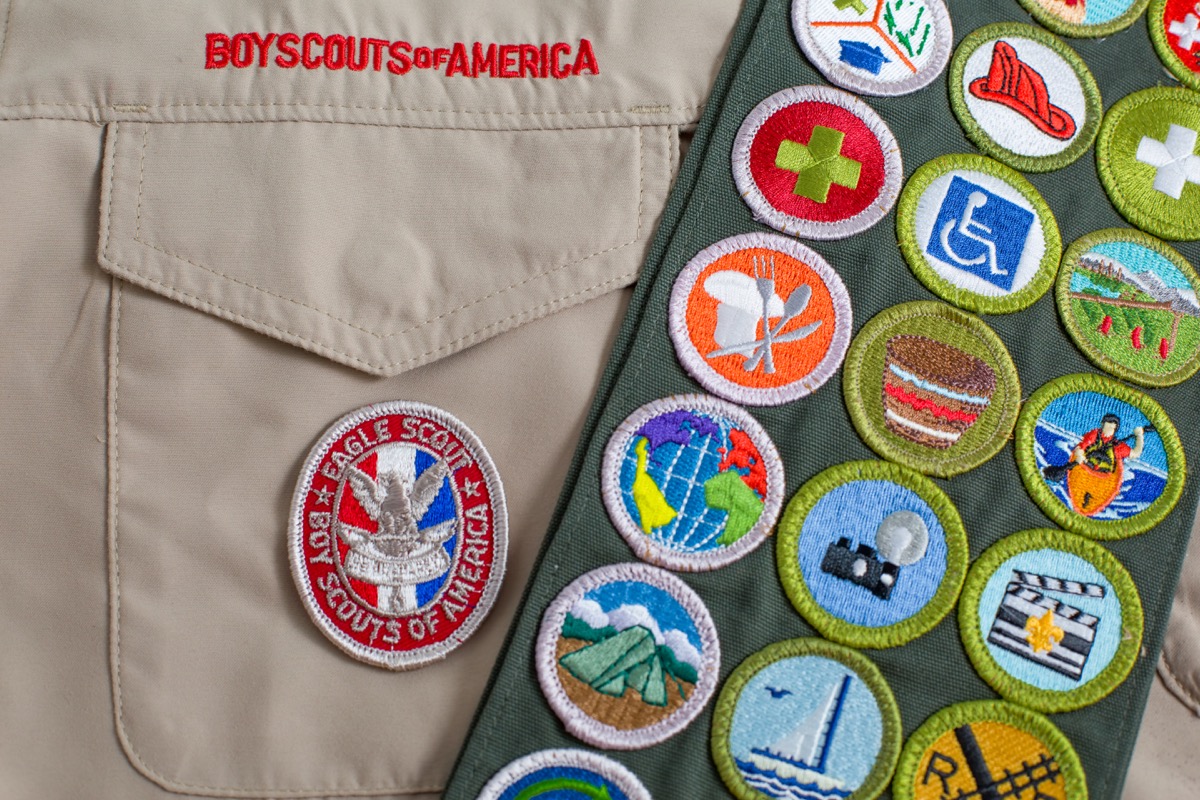 Though we think of the Boy Scouts of America as being the only organization of its kind, it actually had a few rivals early in its history. The most prominent was the American Boy Scouts, formed by newspaper tycoon William Randolph Hearst in 1910 (a few months after the founding of BSA). Though the organization claimed to offer the same kind of character-building activities as the better-known BSA, it was really more of a fundraising racket and was eventually targeted and taken down by BSA leadership. 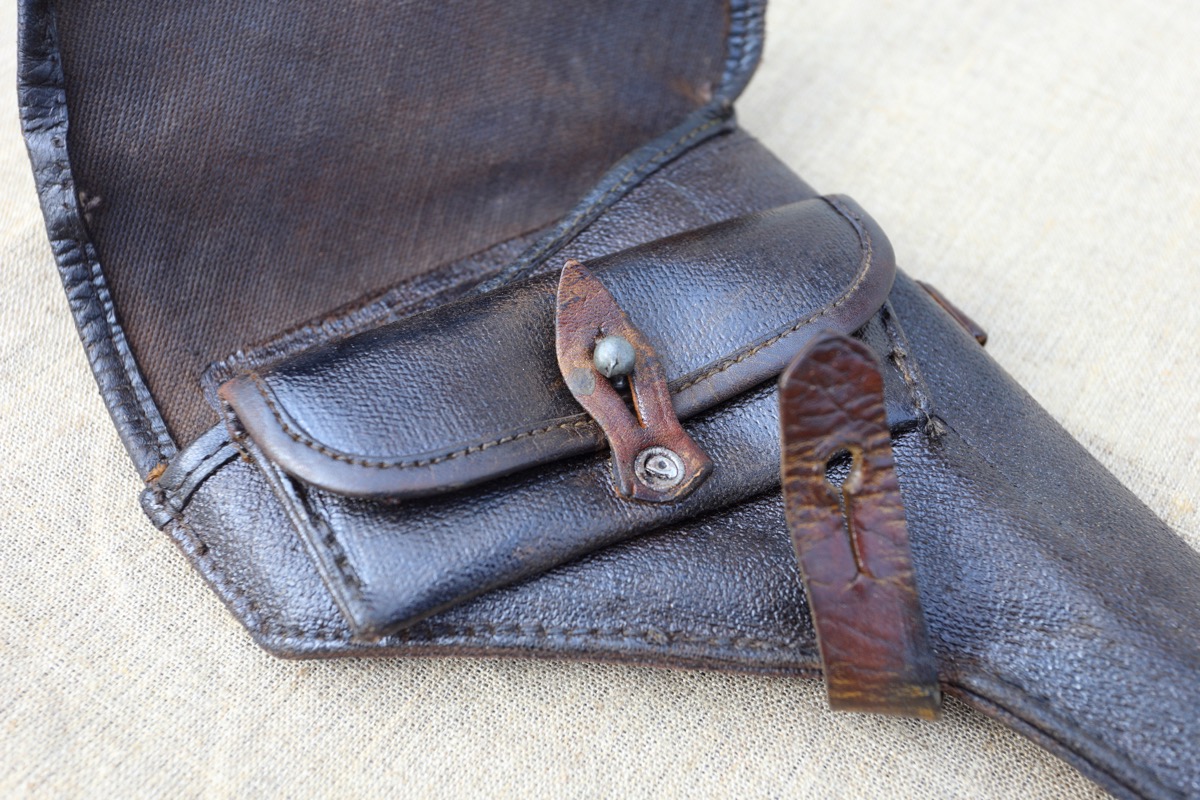 Part of the reason the BSA came after the American Boy Scouts so hard was that the latter organization earned a lot of bad press in the 1910s due to the fact that it allowed its members (boys as young as 10 years-old) to carry loaded rifles. Yikes!

17
Taxidermy Was Once a Merit Badge 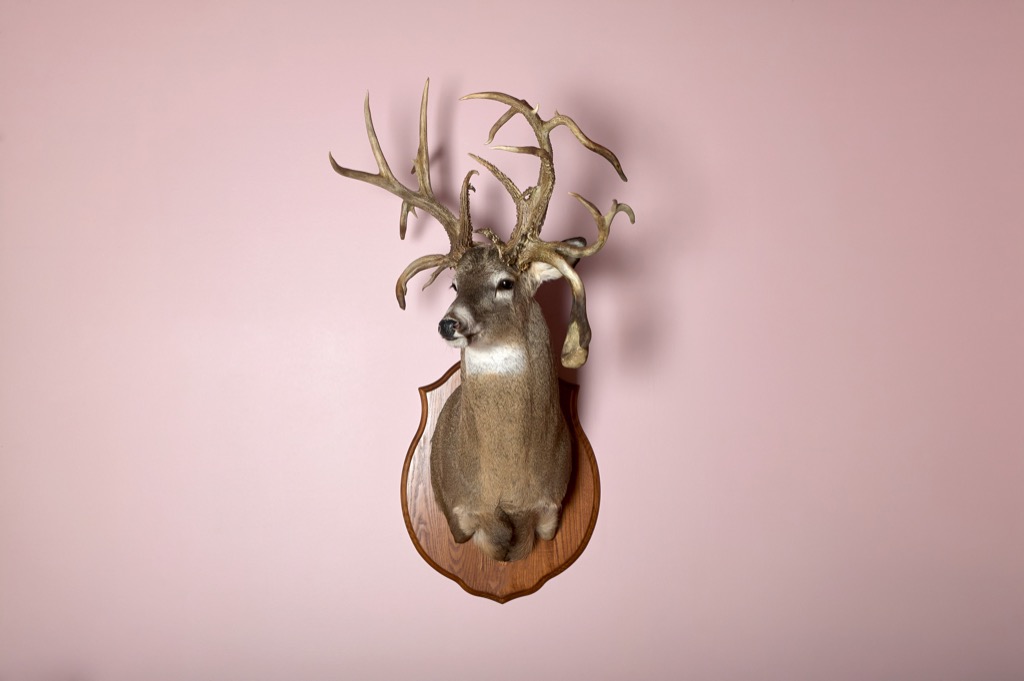 This one was no doubt a hit with parents, as their young boys brought home animal carcasses—or sought to memorialize the deceased family pet. To earn the badge, Scouts were asked to "Properly prepare and label a study skin of: (a) a bird; (b) a small mammal," with the caveat that "no specimen will be accepted which has not been captured and killed humanely so far as the Scout is responsible and none which has not been killed legally." In other words, stuffed Bald Eagles were blessedly prohibited.

18
David Bowie's First Performance Was at a Scout Camp

A Boy Scout in England, David Bowie (née Jones) turned his fellow attendees to the Bromley Scouts Annual Camp into his first audience (not considering turns in the choir of his local church). With friend George Underwood, Bowie rocked the ukulele and a single-stringed bass, performing a pair of songs from British singer Lonnie Donegan.

19
Paul McCartney and John Lennon Were Both Scouts 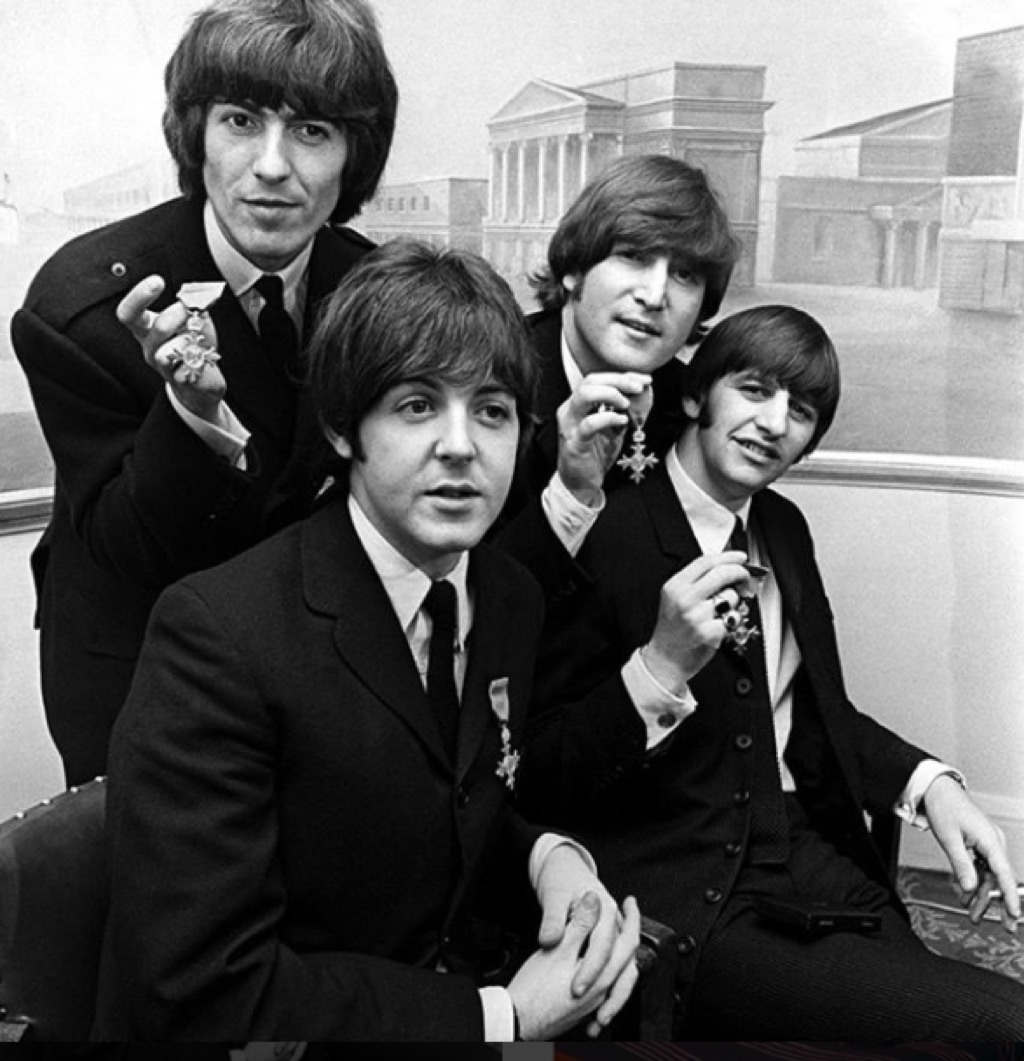 It seems that Scouting was just what you did when you were a kid growing up in the United Kingdom. Like Bowie, McCartney made his debut as a performer at Scout camp, singing before his fellow Scouts at the annual jamboree in July 1957. (He would perform with John Lennon in a non-Scout show for the first time just three months later).

And that's not the only impressive stat reflecting the long relationship between NASA and the Boy Scouts of America. More than two-thirds of all current and former astronauts have been involved in scouting. Of the 24 men to travel to the moon, 20 were scouts (including all three members of the Apollo 13 mission).

21
The President Is Always the Honorary President of BSA

22
Only One U.S. President Was Also an Eagle Scout

While a number of U.S. presidents were former Scouts (George W. Bush, Bill Clinton, John F. Kennedy) or even Scout leaders (FDR had been president of the Greater New York Council), only one president ever attained the honored status of Eagle Scout: Gerald Ford, who spoke warmly of the organization on several occasions and whose family even requested an honor guard of 200 Eagle Scouts for his funeral.

Apparently that Moviemaking merit badge sparked some cinematic interest. Both of these famed (and very different) directors earned the rank of Eagle as young men. Provocative documentarian Michael Moore is also an Eagle. And for more interesting A-lister backstories, check out these 50 Crazy Celebrity Facts You Won't Believe Are True. 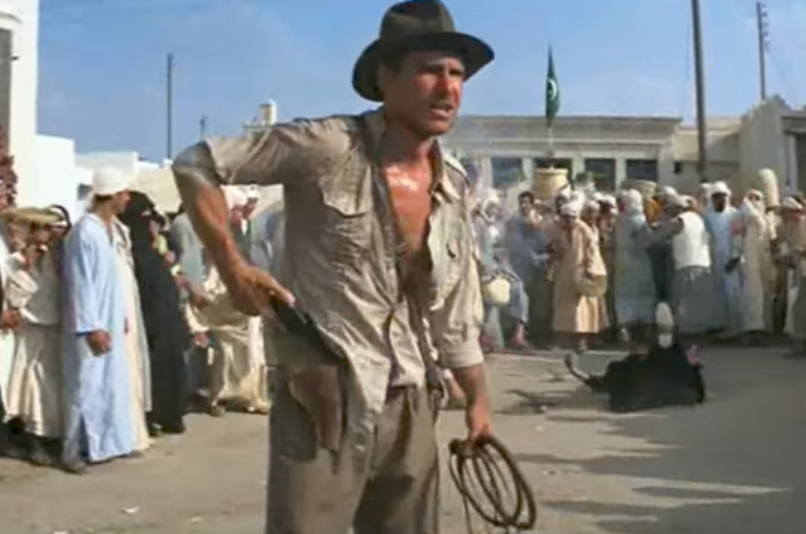 Both of these actors (and other all-American figures such as Hank Aaron and Walter Cronkite) are often incorrectly said to be Eagle Scouts, but they have in fact not attained that rank, even if they seem like they should have. Sorry, Indy!

25
There Used to Be a Bunch of Farming Merit Badges Scouting used to really be into farming: Hog and Pork Production, Beef Production, and Dairying were all once merit badges. Serving as something of an alternative to Future Farmers of America, the BSA offered a lot of "animal husbandry" badges up until the 1970s, when many of these were combined under the one badge of Animal Science. The more obscure activities of Pigeon Raising and Beekeeping were eventually discontinued altogether. And for more facts you won't believe, check out the 50 Facts About America That Most Americans Don't Know.

Alex Daniel
A journalist based in Brooklyn, New York. Read more
Filed Under
Adventure • Facts • Fun Facts • Kids
Read This Next
Latest News
Read This Next