17 Insane Facts About "Math 55," the Hardest Math Class at Harvard

It's more a rite of passage than a freshman pre-req.

"Math 55" has gained a reputation as the toughest undergraduate math class at Harvard—and by that assessment, maybe in the world. The course is one many students dread, while some sign up out of pure curiosity, to see what all the fuss is about. (Reportedly, on the first day of each semester, the class is standing-room only.) But a select few consider it a rite of passage that their mathematical mettle.

The two-semester-long-course—which is made up of "Honors Abstract Algebra" (Math 55a), in the fall, and "Honors Real and Complex Analysis" (Math 55b), in the spring—is far tougher than its unimposing name might have you believe. But, by all accounts, it's totally worth going through the ordeal. Since very few of us will ever get a chance to start the course, let alone finish it, here are 17 insane things you probably don't know about the craziest academic experience most of us could ever possibly imagine. And if you want to test your own algebraic skills (or lack thereof), don't miss these 20 Grade-School Math Questions So Hard You'll Wonder How You Graduated.

To get a sense of the kind of brains it takes to get through Math 55, consider that Bill Gates himself was a student in the course. (He passed.) And if you'd like to sharpen your brain like Microsoft's co-founder, here are The 5 Books Bill Gates Says You Should Read.

One former Harvard student, a self-described "Math 55 groupie," told The Harvard Crimson, "These guys are my role models." And a 55er (that's what Math 55 students call themselves) could confirm: When people find out, they "just spontaneously combust, swoon, faint, turn bright red, start giggling."

Or they just ask for help on homework. 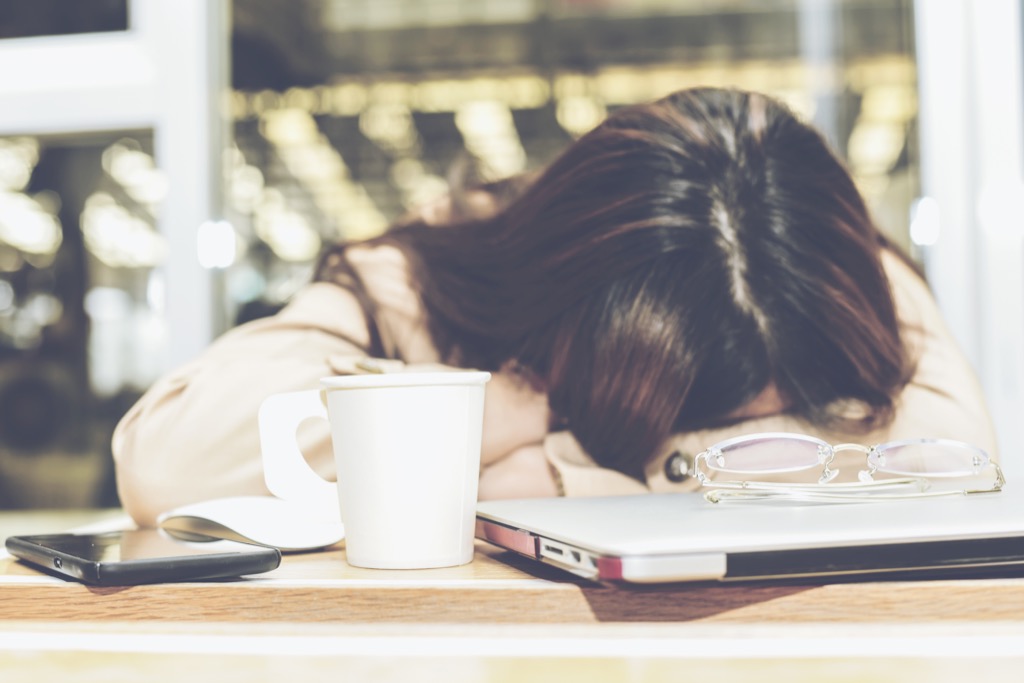 According to a freshman guide to Harvard's Mathematics Department, there are two first-year math courses, the hardest one being Math 55. You could take Math 21, which is taught by graduate students and where homework usually takes a reasonable three to six hours per week. Or, you could opt to take Math 55—which gives you 10 times the amount of homework.

"Problem sets can take anywhere from 24 to 60 hours per week to complete." Yes, per week. So, basically, it's a full-time job, plus a part-time job—and that's on top of the rest of your course load, internships, any actual part-time gigs, and requisite Harvard partying.

4
Math 55 covers about four years of coursework in two semesters.

As author Sam Williams describes in Free as in Freedom, his biography of free-software pioneer (and Math 55 graduate) Richard Stallman, the course is "four years' worth of math in two semesters."

University of Pennsylvania professor David Harbater, a fellow former 55er, adds: "It's probably safe to say there has never been a class for beginning college students that was that intense and that advanced." Put another way: It's like learning "at warp speed." And speaking of insane curriculum, check out the 20 Most Ridiculous College Courses You Won't Believe Are Real.

5
The class size drops more than 50 percent by the end.

You can expect to see students bailing from Math 55 on a regular basis. The class size shrinks to half its original size or less before the semester is over. According to one student who took Math 55 in 2005, and kept a running tally of attendance, "We had 51 students the first day, 31 students the second day, 24 for the next four days, 23 for two more weeks, and then 21 for the rest of the first semester after the fifth Monday.

6
Homework is done in the "War Room." 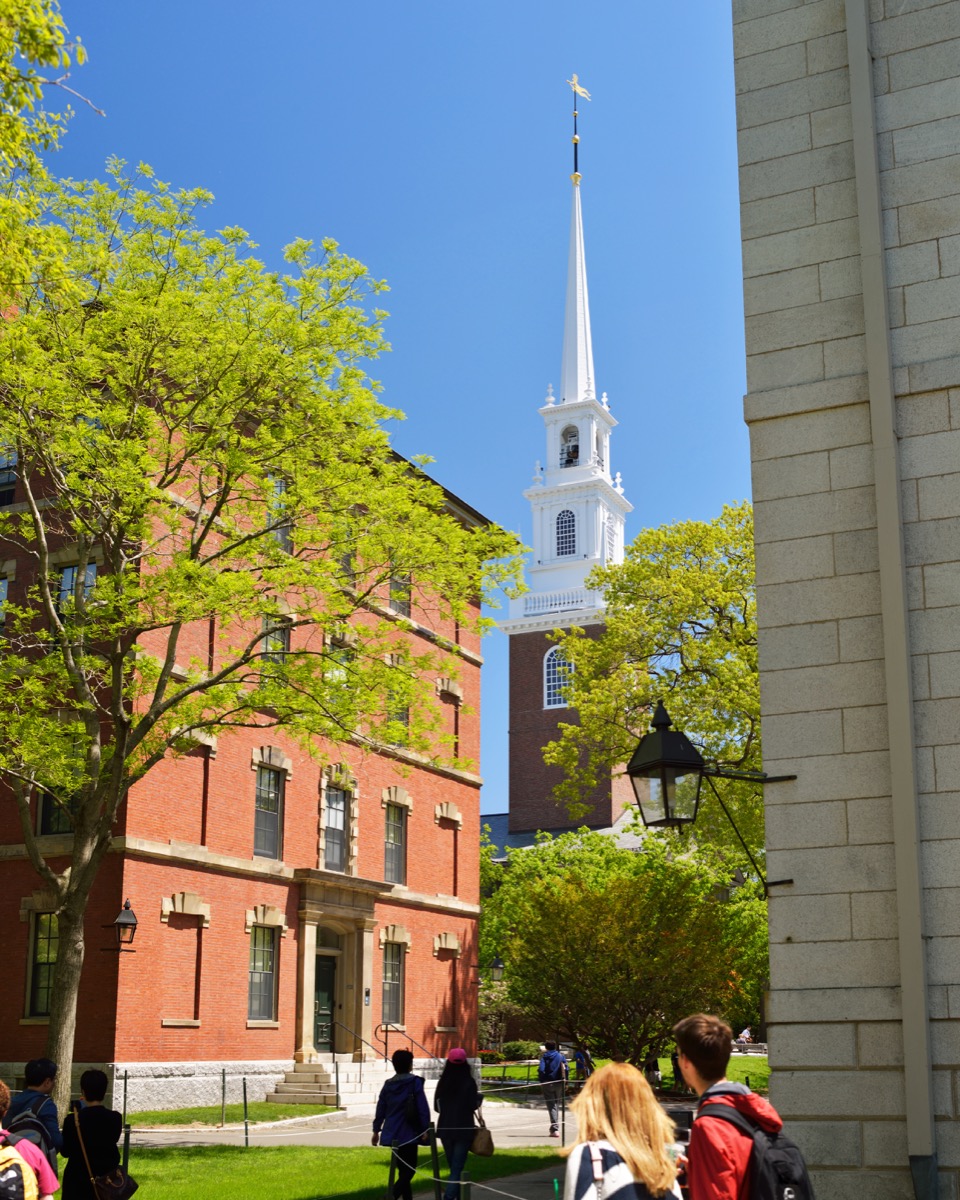 By all accounts, those who make it through the first five weeks—the end of Harvard's add-drop period—become thick as thieves. They have to; the coursework demands it. So they hang out together, they party together, they do homework together.

Homework happens in a fluorescent-lit common room in Thayer Hall, a dormitory on the north side of Harvard Yard. (Steve Ballmer, e. e. cummings, and Andy Borowitz all shacked up there during their Harvard years, by the way.) 55ers, who liken themselves to soldiers trying to make it through an ordeal, deemed the room the "War Room." "We're a team trying to survive this class," says one 55er. "There's no pretension. No attitude of 'We're better than everyone else.'"

"It is definitely a cult," Raymond T. Pierrehumbert, a professor at the University of Oxford and former 55er (he took the course in the '70s), told The Harvard Crimson. "I view it as more of an ordeal than a course. People who have been through it don't really forget it….It's like changing fraternity rings. It identifies you."

Most Math 55 students produce 15- to 20-page problem sets each week. They have to produce so much, that students are sometimes discouraged from showing too much of their work.

As one former 55er explains, "Lots of students write out the solutions in lemma-theorem form, proving everything from rock bottom. I did this also. This makes your problem set enormous. … You should learn what the main idea of the proof is, and what can be taken for granted. This is not so easy to do in an undergraduate proof class, where nearly all the proofs are of obvious facts."

9
Nearly half of Math 55 graduates go on to become professors.

In Williams' book, he describes Richard Stallman's Math 55 ending the semester with 20 students, eight of whom would go on to become future mathematics professors. One eventually went on to teach physics.

10
A 50 is considered a good score on the entry level test.

Those who enroll in Math 55 might wonder whether they are actually able to handle it. Well, it becomes clear pretty quick, thanks to a diagnostic exam for enrollees. Students scoring more than 50 percent are encouraged to enroll in Math 55, while those who score less than 10 percent are advised to take Math 21. If you fall in between, the choice is yours.ae0fcc31ae342fd3a1346ebb1f342fcb

For example, here's a problem from last year's battle:

12
Some years, there are literally no women in Math 55.

13
Professors try to get students to drop the class.

Professor Yum-Tong Siu, whose class began with 50 students in 2003, said he actively tried to whittle down the class size. As The Harvard Independent reports, the class dropped down to 25 students, but Siu added: "I want to reduce it a bit more." The goal: 20. "We want a group of students with similar backgrounds so we can proceed at a pace that can suit them at the same time, so they don't feel bored or over their heads," said Siu. 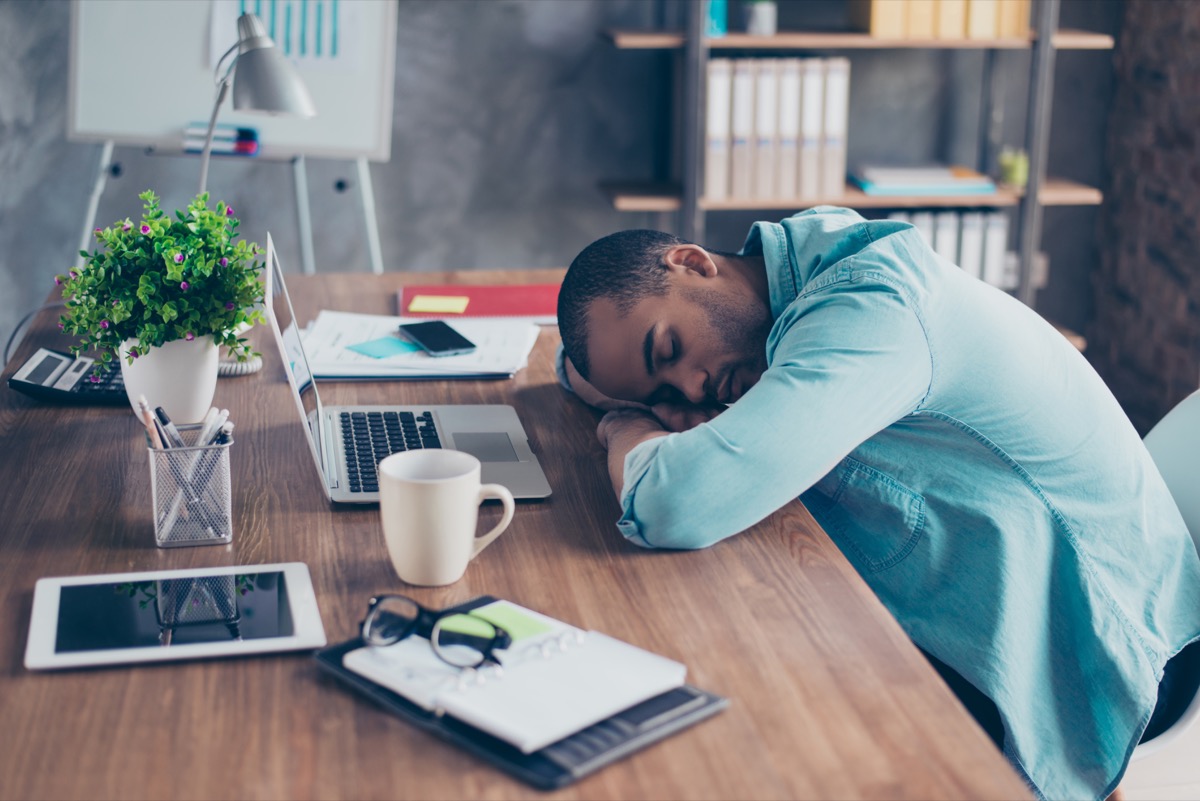 A roommate of two 55ers explained to the Harvard Independent that, "on one particularly stressful problem-solving night, he got more sleep than the two of them combined—and he only got six hours total!"

15
You could watch a movie in the time it takes to solve an "easy" problem. 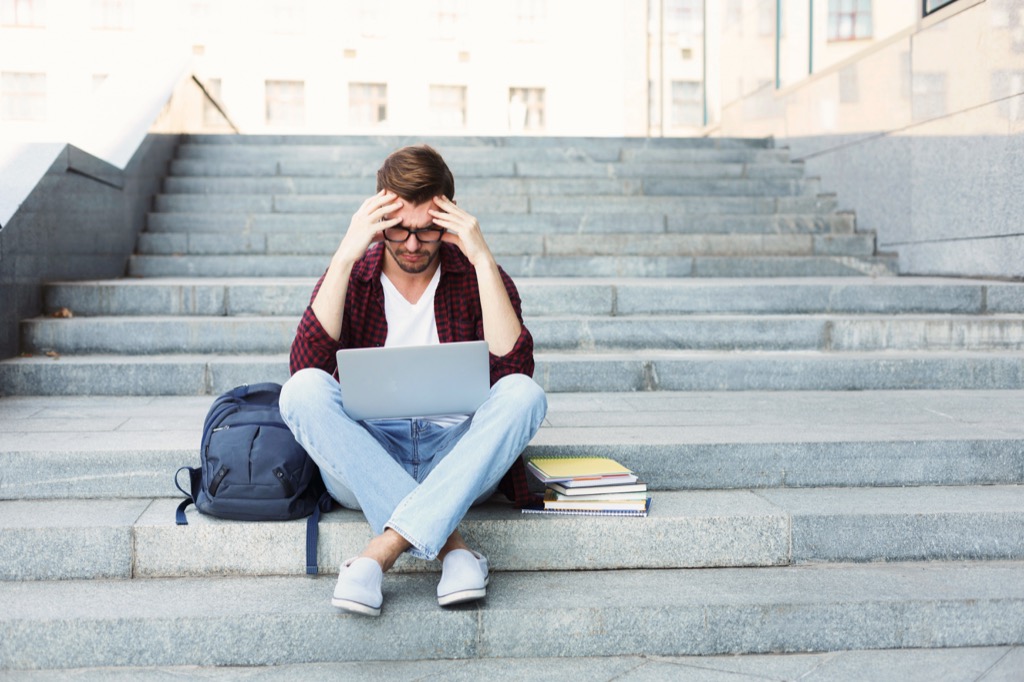 "If a problem takes an hour-and-a-half to solve and write up, I'd call it easy," one student told The Harvard Independent. By comparison, that's about as long as the average Disney animated movie.

Those who plan on enrolling in Math 55 are warned that math must be their thing. This is not a class for dilettantes looking to major in philosophy or squeeze in some political science on the side. As the freshman guide warns, Math 55 is only for those who "are fairly certain that you want to be a math concentrator" and who "want math to be your most important class."

According to The Harvard Independent, one Math 55 "Pi Day" celebration—which falls on March 14, because the number for pi is 3.14—left one third of the 2002 class drunk. So hey, don't say mathletes don't know how to have fun, too! And to feel a little smarter after all this, check out these 40 Facts About Numbers That Will Make You Feel Like a Mathematical Genius.

Alex Daniel
A journalist based in Brooklyn, New York. Read more
Filed Under
Facts • Fun Facts • School
Read This Next
Latest News
Read This Next