11 Stunning Photos of Rome Covered in the Snow

Very seldom does this happen to the Eternal City.

On Monday, the sunny city of Rome woke up to its first snowfall in six years. While the uncommonly cold and windy weather has caused some serious issues for civilians, including seven casualties in Europe so far, Italians have been celebrating the rare beauty brought on by what the British media has named "The Beast from the East" (a moniker derived from the fact that the cold burst comes from Siberia). Below are some of the best social media snapshots of this natural wonder. And for more examples of our recent crazy winter, check out these 16 Insane Photos of the Bomb Cyclone. 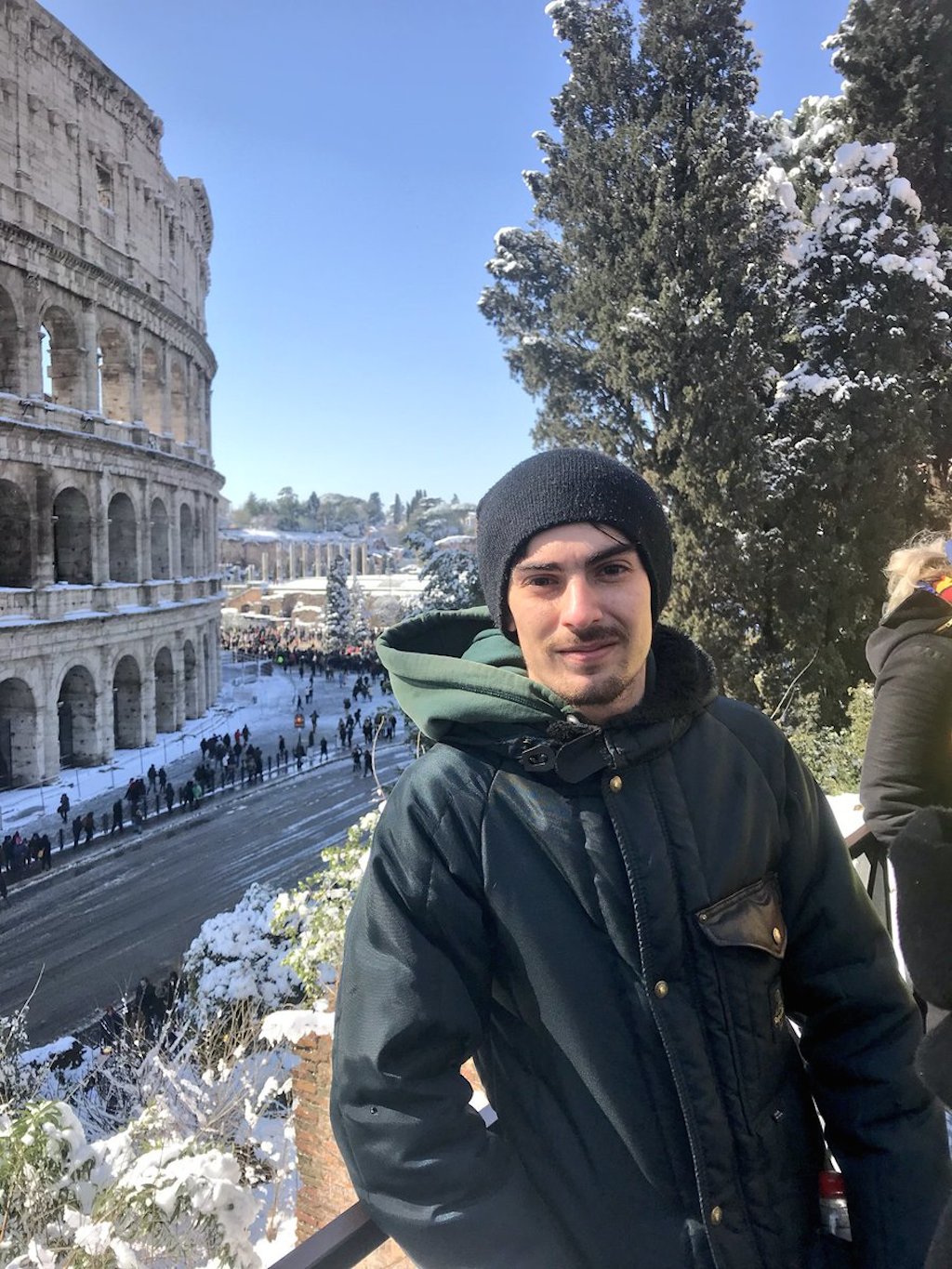 Andrea Stroppa enjoys the snowfall by day at the Coliseum.

2
Burial Vaults Buried In the Snow 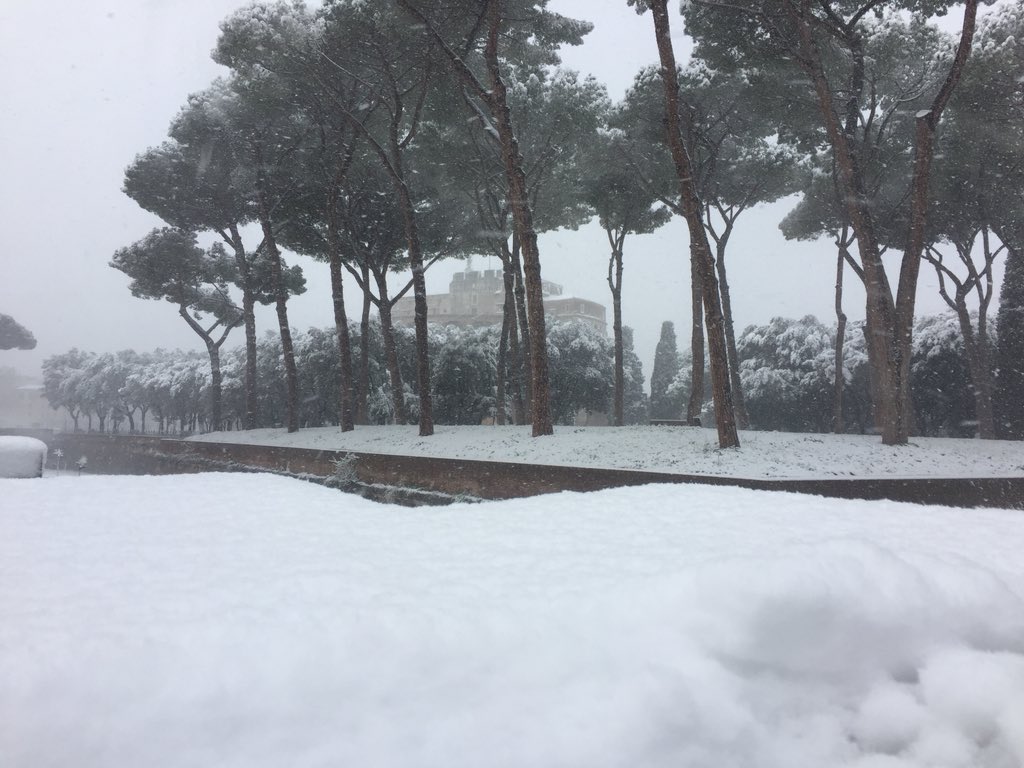 Stephen Kay got this shot of the Mausoleum of Hadrian covered in snow. And if you find yourself in a similarly snowy situation, be sure you're prepared by reading up on the 12 Genius Ways to Stay Warm in the Winter.

3
The Snow of Silence 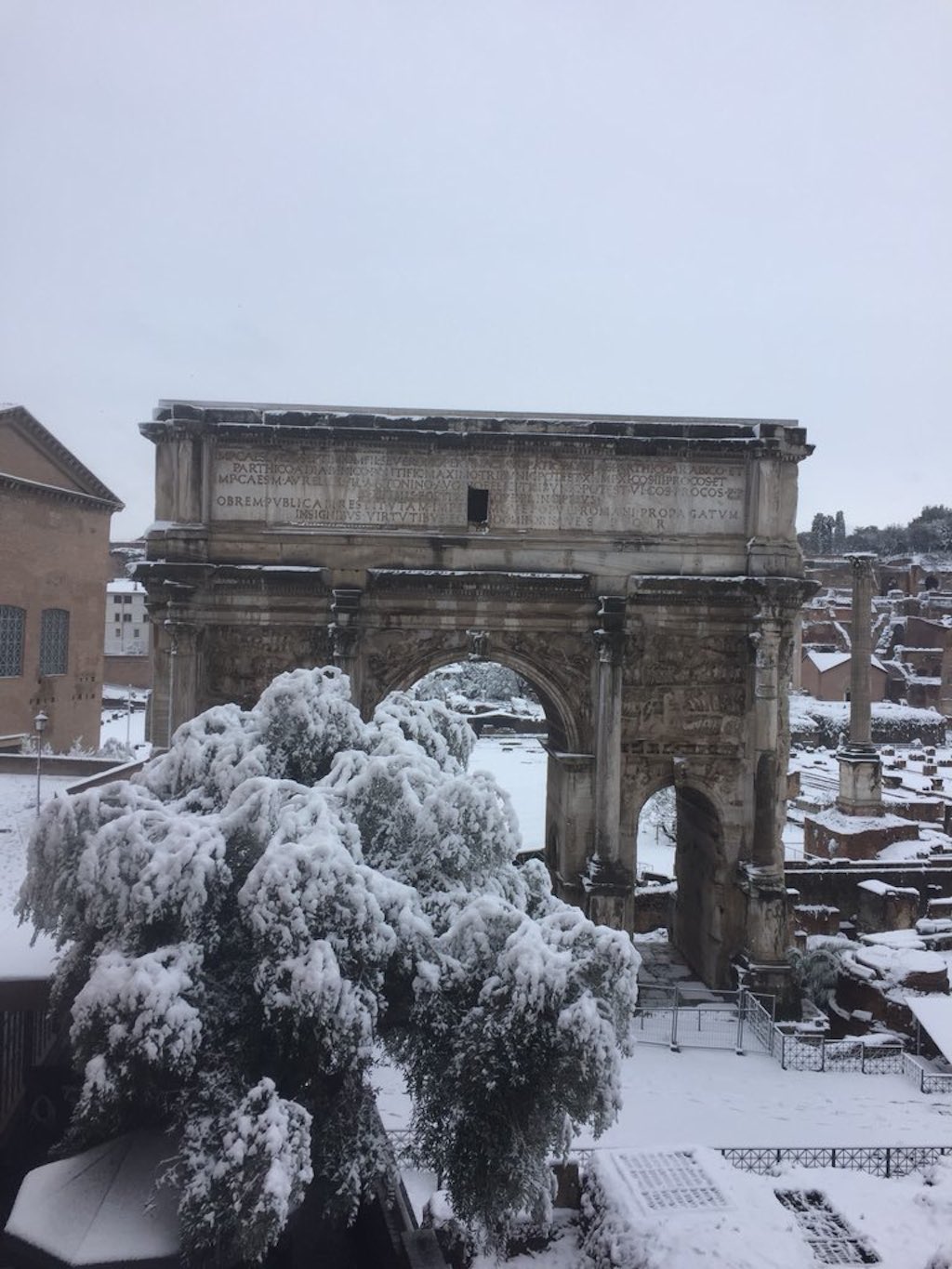 Another stunning photo by Stephen Kay, this time of the Roman Forum. "No people, just incredibly peaceful," he wrote.

4
Palm Trees in the Snow 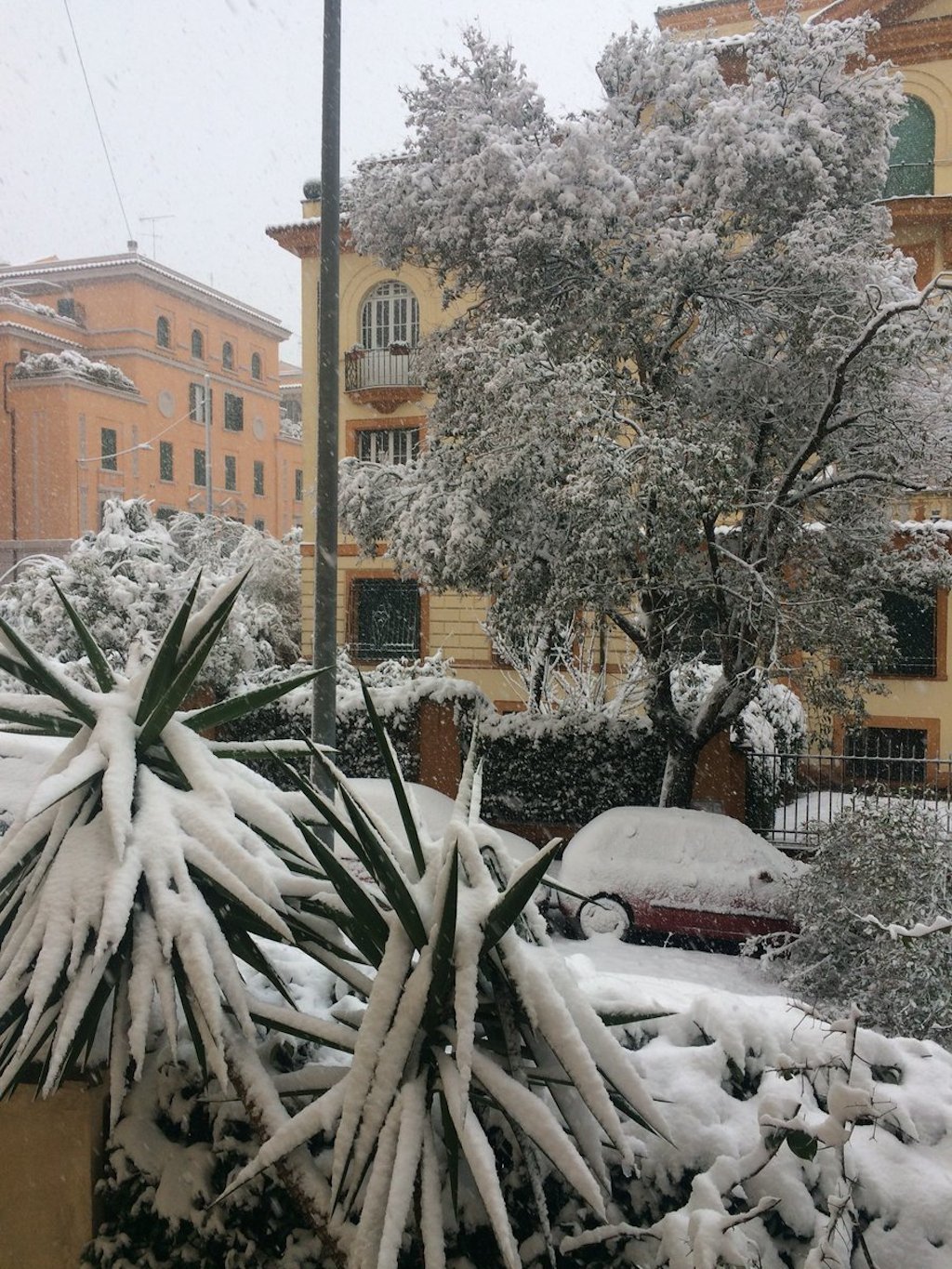 "When Virginia Raggi preemptively cancelled all schools for Monday (from Mexico) I thought it was ridiculous. And then I woke up. Never seen this in 3.5 years," Guardian correspondent in Rome Stephanie Kirchgaessner wrote.

5
Love Amid the Snowflakes 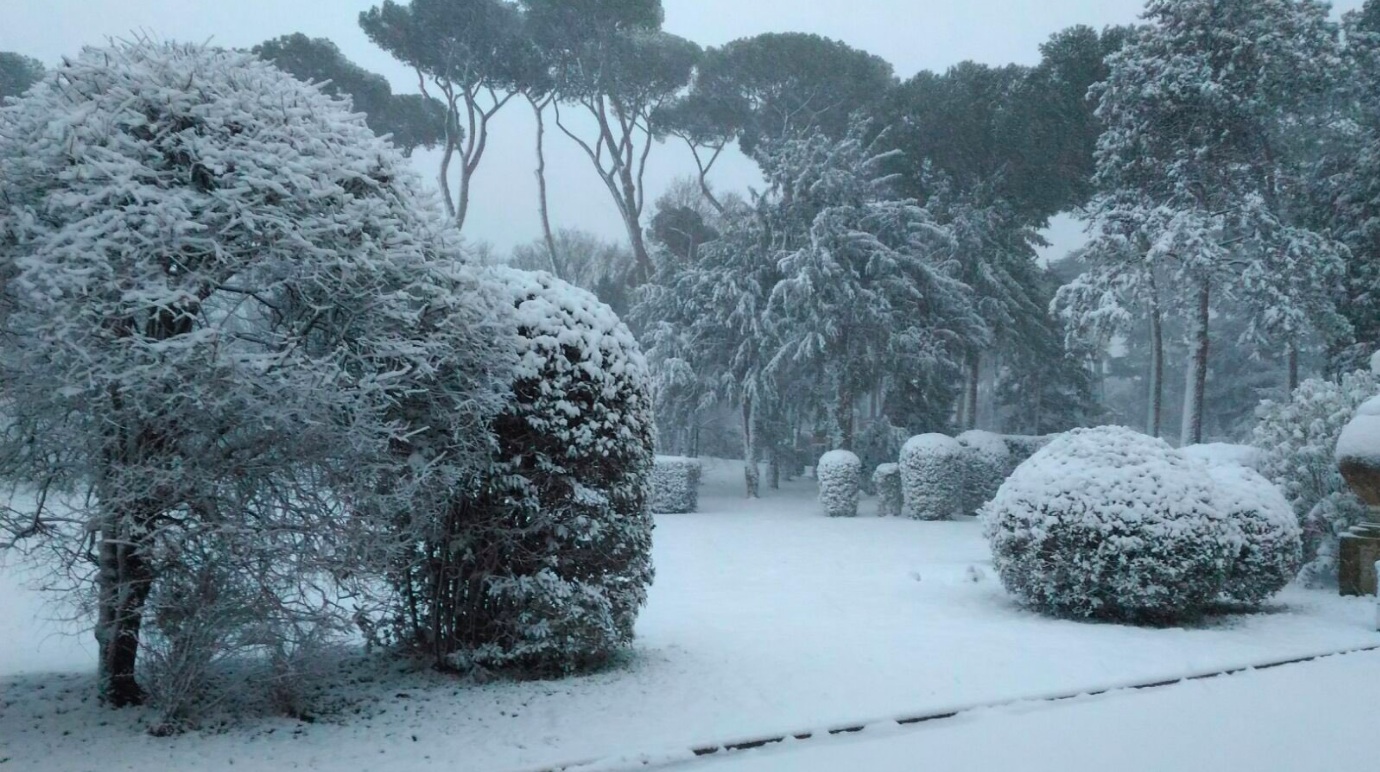 Instagram user stefangram83 shared this beautiful photo of a couple walking together under the snow. 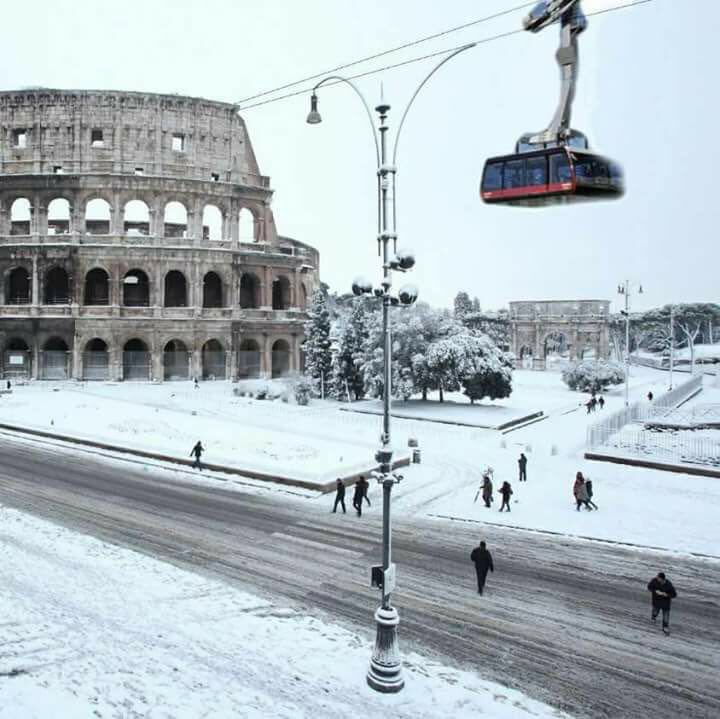 "And so it begins" wrote one Twitter user underneath this gorgeous photo. 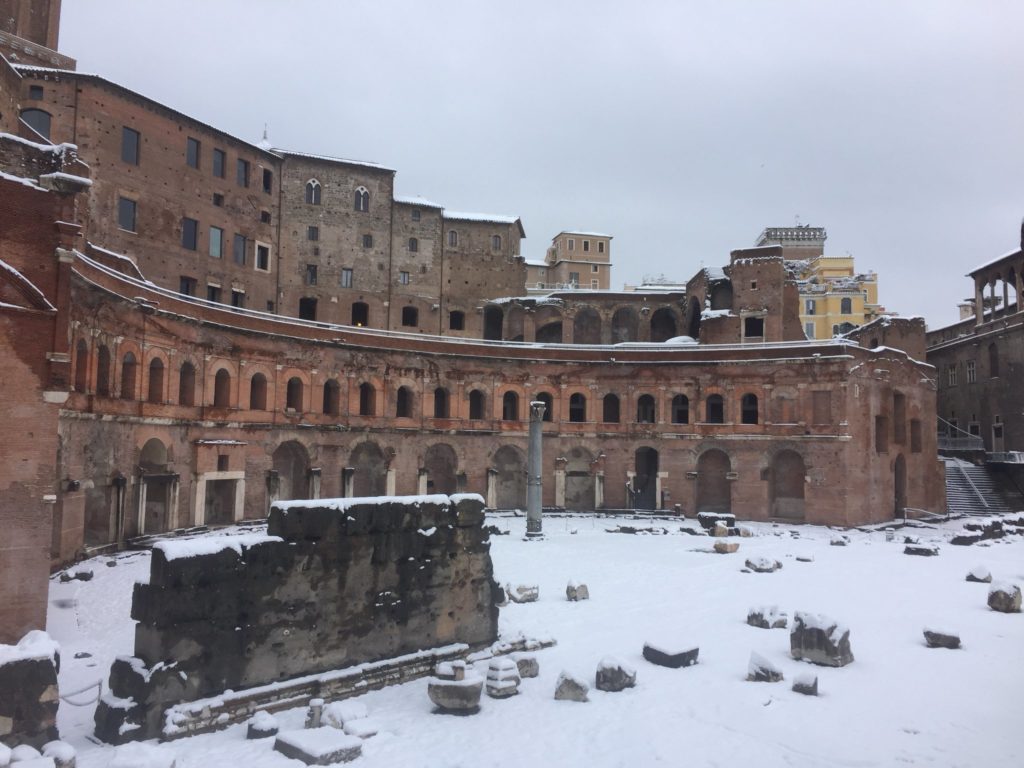 The clay in Trajan's markets made the snow all the more pronounced. 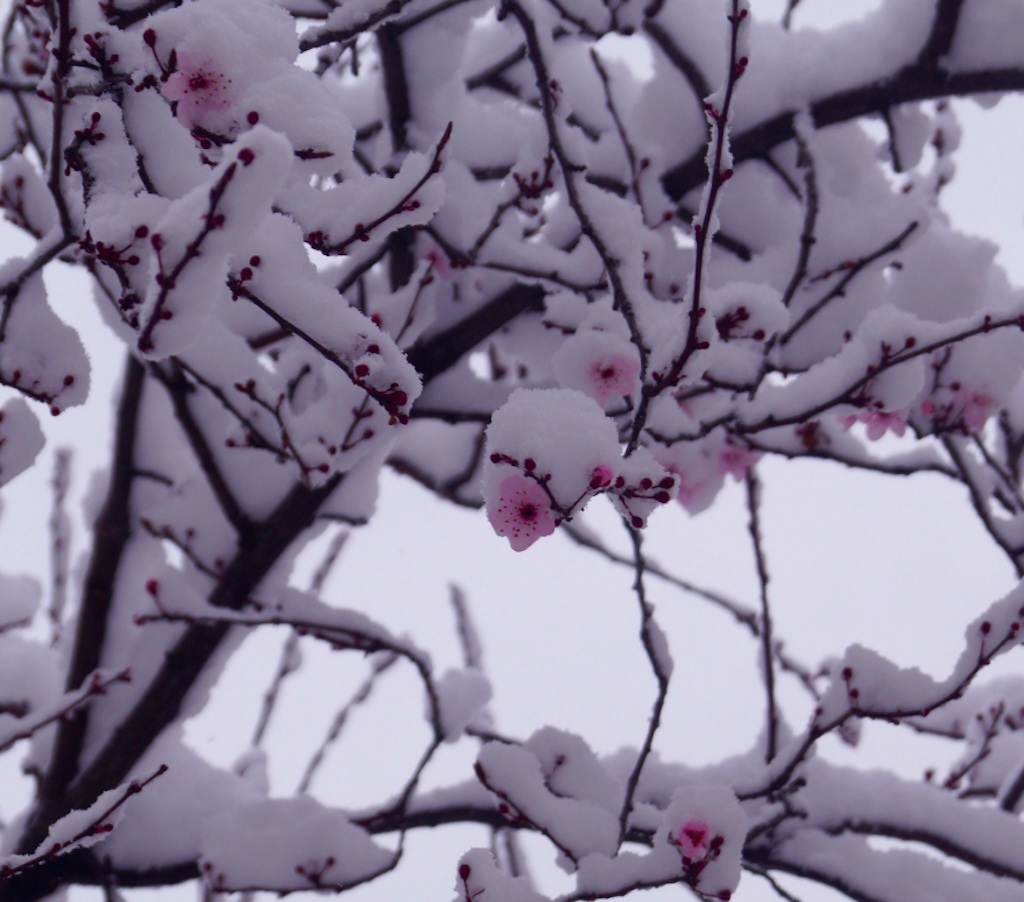 "Nobody told the plum trees in my street it was going to snow," AFP journalist Angus MacKinnon wrote. 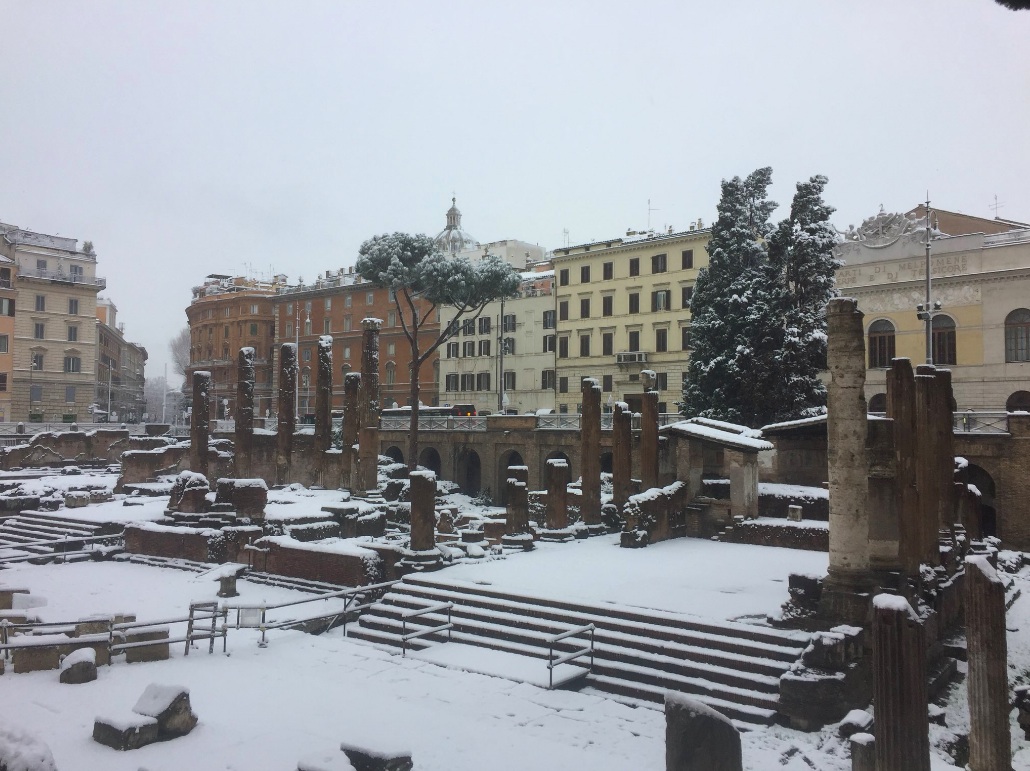 Another Stephen Kay snapshot, this time of the famous square in Rome, Italy, with four Roman Republican temples and the remains of Pompey's Theatre. 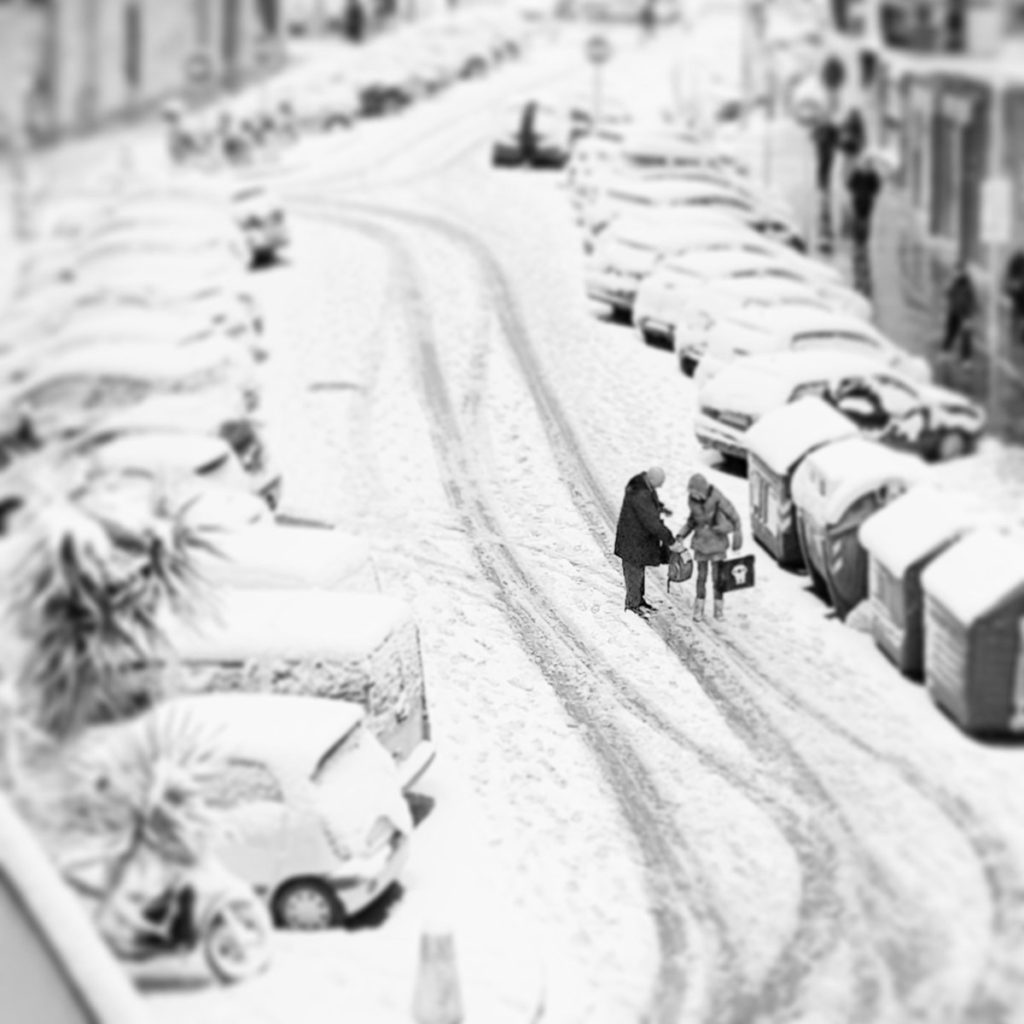 Two people help each other on the snowy morning streets. 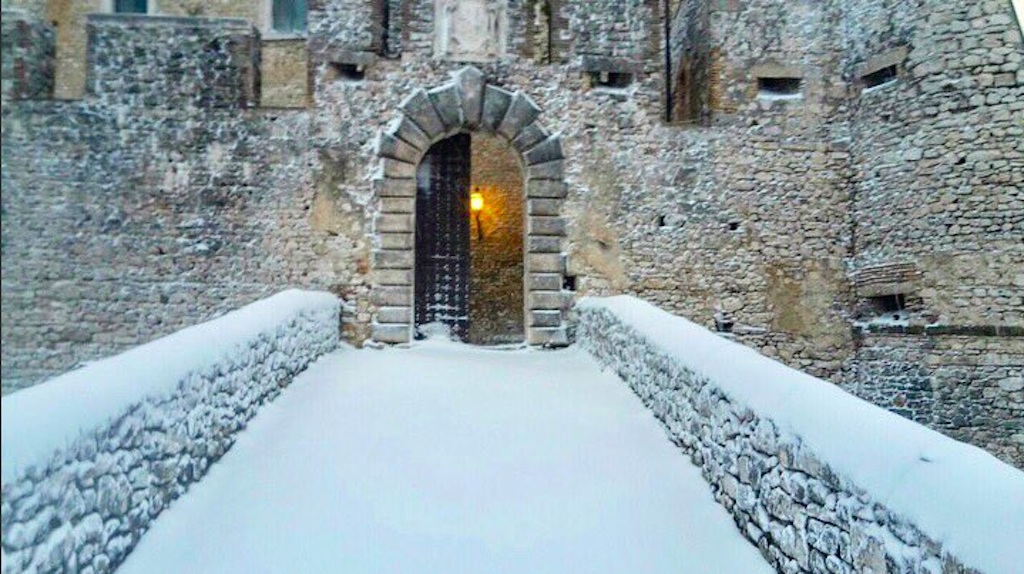 Castello Orsini, in the countryside near Rome, belongs in a storybook today. And for more wild weather shots, Check Out These Insane Photos of the Paris Flood.