15 Ridiculous Jobs So Useless You Won't Believe They Exist

Would that we're all lucky enough to pull a salary for napping...

We've all had dumb jobs. Maybe it was dead-end work where the boss wouldn't have noticed if you didn't show up for a week, or a gig "answering phones"… for a company that nobody was calling. But there are pointless jobs, and then there are ridiculous jobs, the very idea of which might seem like a punchline or a setup for a bad Rob Schneider movie. Herein, the 15 that are most likely to make you raise an eyebrow (or two). And for more crazy careers, check out these 15 Animals with Impressive Titles.

1
Lifeguard at the Swimming Pool at the Olympics Lifeguards are there to help kids who forgot they never learned to swim, or old people who get an unexpected leg cramp. So what exactly do they have to offer a pool full of the best swimmers in the world?

"I don't think they'll need us, but we'll be on the lookout just in case," said Rio Games lifeguard Anderson Fertes. He was right—they didn't need him. And for more out-of-this-world trivia, check out the 20 Long-Predicted Technologies That Are Never Going to Happen.

Sometimes our jobs can feel like anything would be more interesting, including watching paint dry. But for a UK man named Keith Jackson's watching paint dry is his job. For decades, he's worked for a paint manufacturer for which he is responsible for determining how quickly its paint dries, swiping it onto cardboard and monitoring how quickly it dries using a stopwatch.

"Watching paint dry sounds quite easy, but it can be stressful at times," he told the Daily Mail. Sure, you need someone to make sure nobody's robbing other people's units or that some Storage Wars knock-off is filming on site without a permit, but isn't hiring a manager for a self-storage place kind of going against the self part of the gig? Skip the storage lockers altogether by boning up on the 40 Genius Ways to Be More Organized After 40. There are entire organizations dedicated to providing snuggling services to those looking for a little affection in their lives. If a teddy bear isn't cutting it, you can pay one of these nice ladies to keep you company. And if you want to give more affection to a loved one in your life, learn the 50 Easy Ways to Be (Much) More Romantic.

Whether testing mattresses, serving as a scientific research subject, or in some other capacity, it is actually possible to make money in your sleep. It's also a ridiculous job. When it comes to your own sleeping, by the way, it'll behoove you to master the 70 Tips For Your Best Sleep Ever.

Yup, he exists. Though he probably doesn't draw the crowds that Macy's does, the city claimed by both Israelis and Palestinians as their capital has got a jolly ambassador of the high-profile Christian holiday, asking kids what they want for a holiday most of the population isn't supposed to celebrate. For more wacky holiday trivia, check out the 22 Worst Christmas Traditions of All Time. 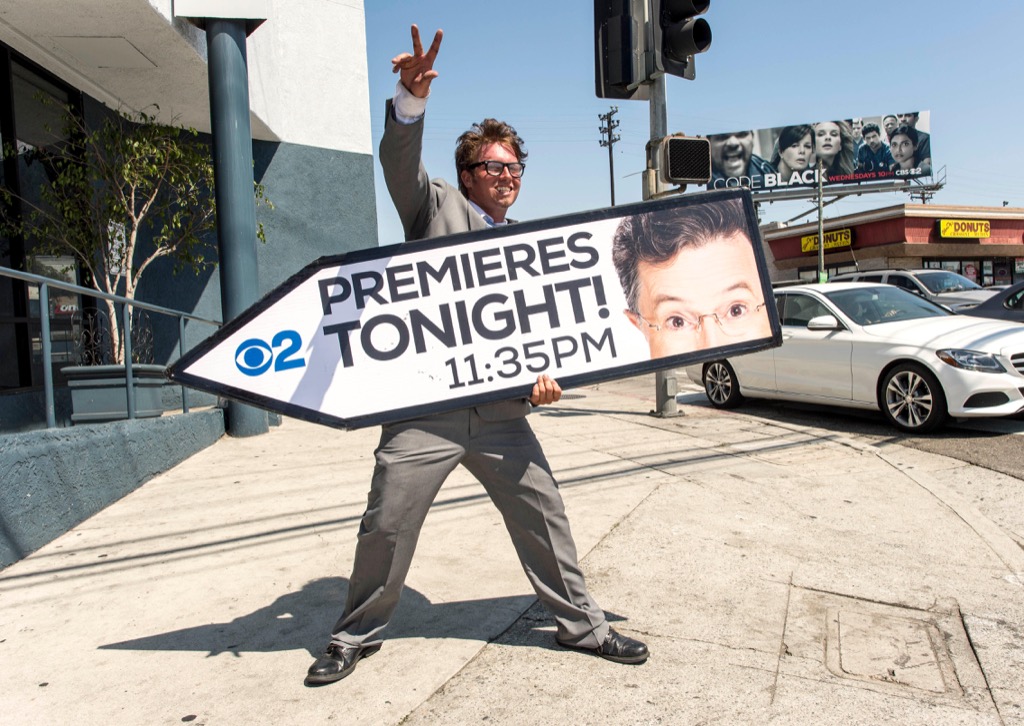 We've all seen those guys: Human billboards who dance around on corners spinning signs for cash-for-gold spots or iPhone repair shops. Some have serious moves and are clearly putting way too much into their work than they are probably getting out of them. But it seems like a bigger waste for the guy hiring them—sticking the sign on a wall would probably accomplish about the same thing. 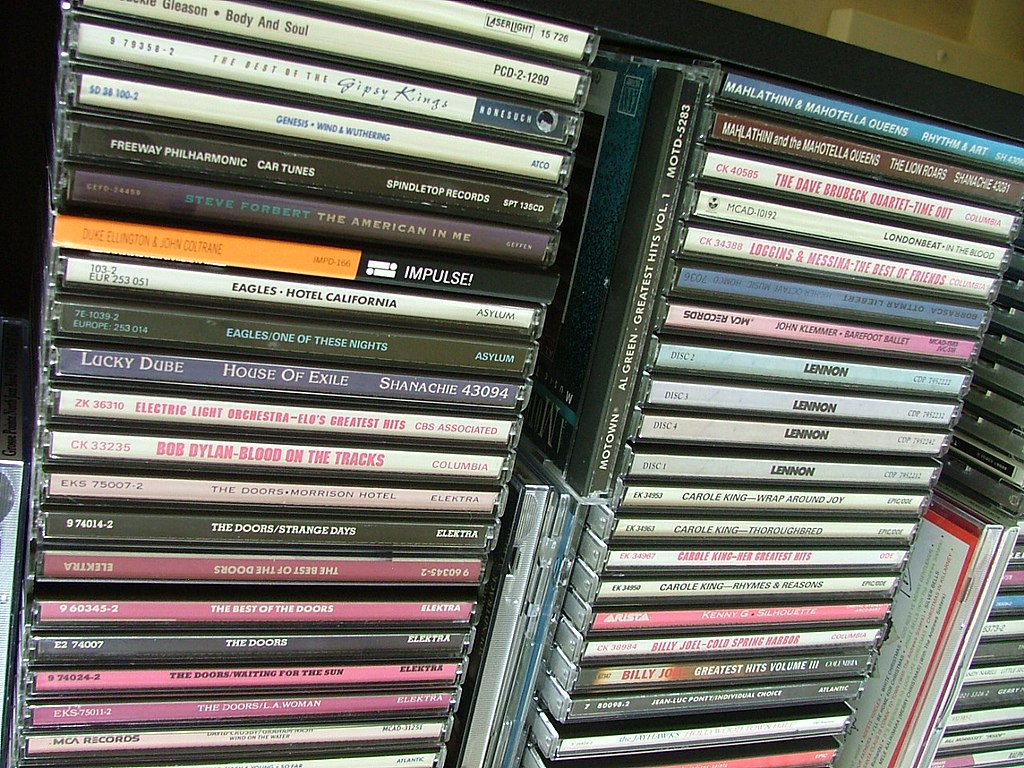 Though they once held a proud place in every music fan's living room, you're not going to see too many CD towers these days—yet there are plenty of companies still producing them. Vinyl may have made a comeback, but compact discs don't look like they'll be returning anytime soon—let alone returning to enough popularity to justify an entire CD rack. Instead, if you really want to jam, invest in one of the 8 Best Retro-Inspired Digital Record Players.
Image via Wikimedia commons 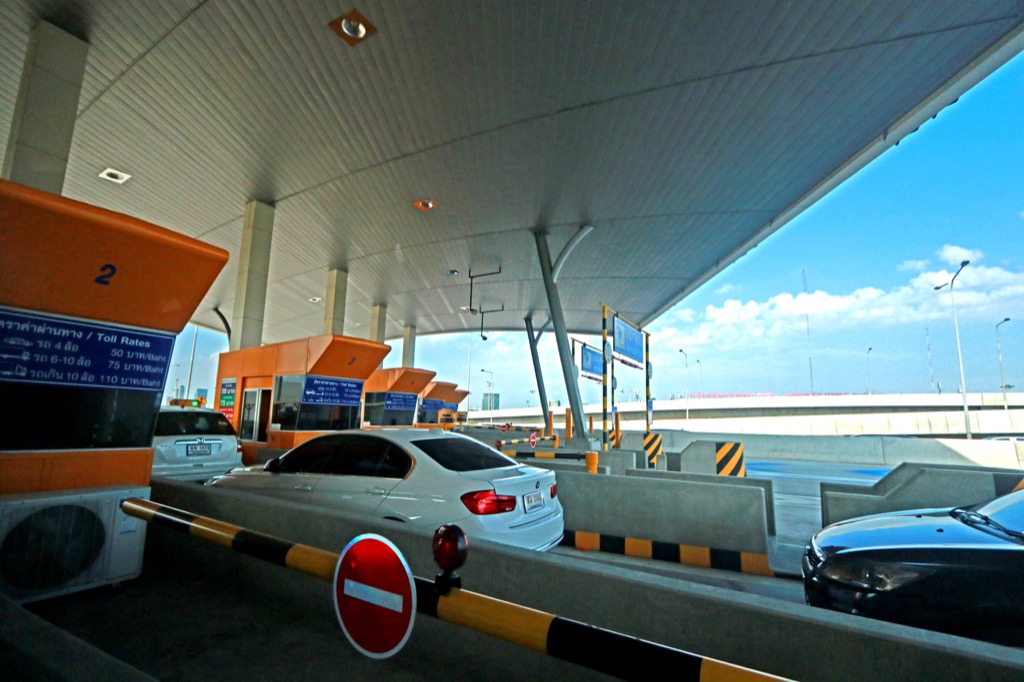 It's hard to believe we haven't figured out a way to pay the buck fifty it costs to cross a bridge in some more automated way—or that the people who collect those dollars and change haven't found a more stimulating way to spend their time. Most of us are perfectly capable of soaping and drying our hands ourselves, so why in the world did we think it was a good idea to install a person in bathrooms to do it for us—all while guilting us into tipping them for the "convenience"? Every now and then their mints and cologne might come in handy, but those are very rare exceptions, rather than the rule.

Sometimes pets misbehave. You fix that by training them to do what they are supposed to do—not getting inside their minds and trying to understand what makes them tick. That's called domestication and we've been doing it for centuries. Dogs and cats are adorable, but they aren't all that complex and certainly don't require a shrink. For more on your furry friend, learn the 15 Amazing Health Benefits of Adopting a Pet.

While there was a particular joy in browsing the aisles of a Blockbuster or Hollywood Video, these cultural hubs are sadly now a thing of the past thanks to Netflix and other streaming services. Yet, there are a few holdouts still trying to keep the dream alive. Considered the city with the best, most consistent weather in the world, San Diego is almost always between 57 and 72 degrees Fahrenheit. In other words, the weatherman here has pretty much one thing to say each day: "it's going to be sunny." 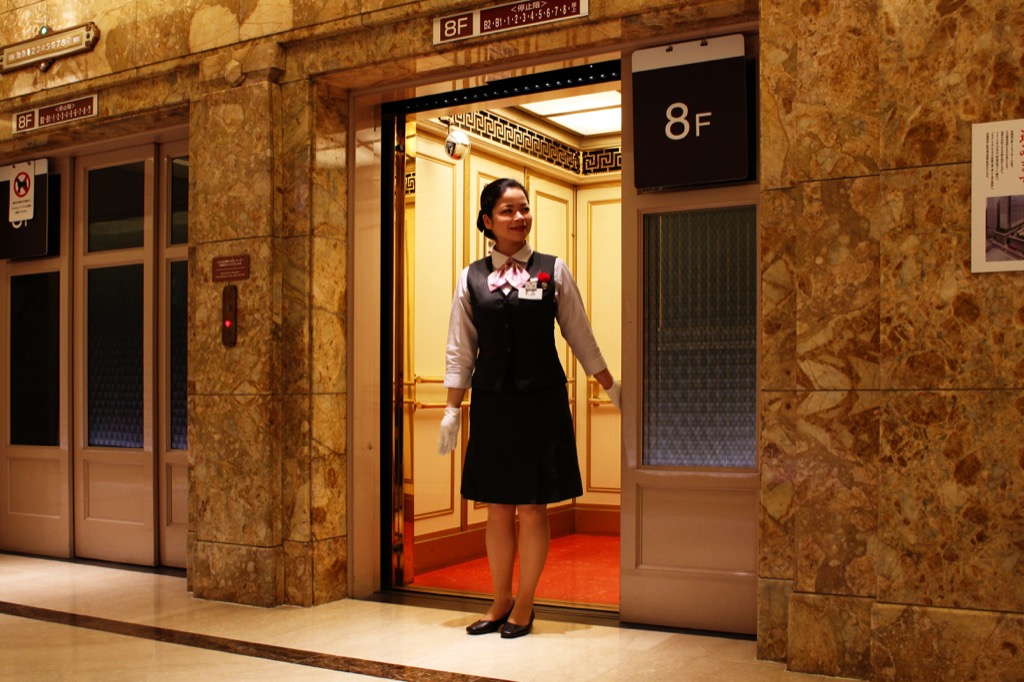 These throwbacks to a time when elevator technology was so baffling that the average person needed some help figuring them out still exist at fancy apartment buildings and high-end hotels. Most of us have figured our way around elevators since we were kids excited to push the buttons, but someone thought we'd appreciate having a person do it for us, filling up the elevator and requiring us to make small talk.

Robert Dankner, president of Prime Manhattan Residential, made the case for the position to the Observer: "It's very pleasant and personal, another set of hands to grab bags, and in the right type of buildings, which are very white-glove, it is just another set of smiles that is going to make your day better."

We say, nonsense! And for more of that, don't miss The 47 Weirdest Laws from Around the World.

Alex Daniel
A journalist based in Brooklyn, New York. Read more
Filed Under
Career • Office Life
Read This Next
Latest News
Read This Next