These shocking amusement park facts are sure to throw you for a loop.

An estimated 270 million people visit amusement parks every year. And if you're among them, know that there's a lot more to your favorite park than long lines, overpriced frozen lemonade, and the smell of hot asphalt. There's also a lot of history hiding in the confines of those indecipherable cartoon maps.

Whether roller coasters are your thing or you're just looking for an excuse to get out of spending a day roasting in the hot summer sun, these crazy facts about amusement parks and rides are sure to shock even the most intrepid thrill-seeker. And if a park or a fair is on your summer to-do list, learn the 20 Things You Should Never Do at a Summer Fair.

1
Disneyland Is Overrun by Feral Cats 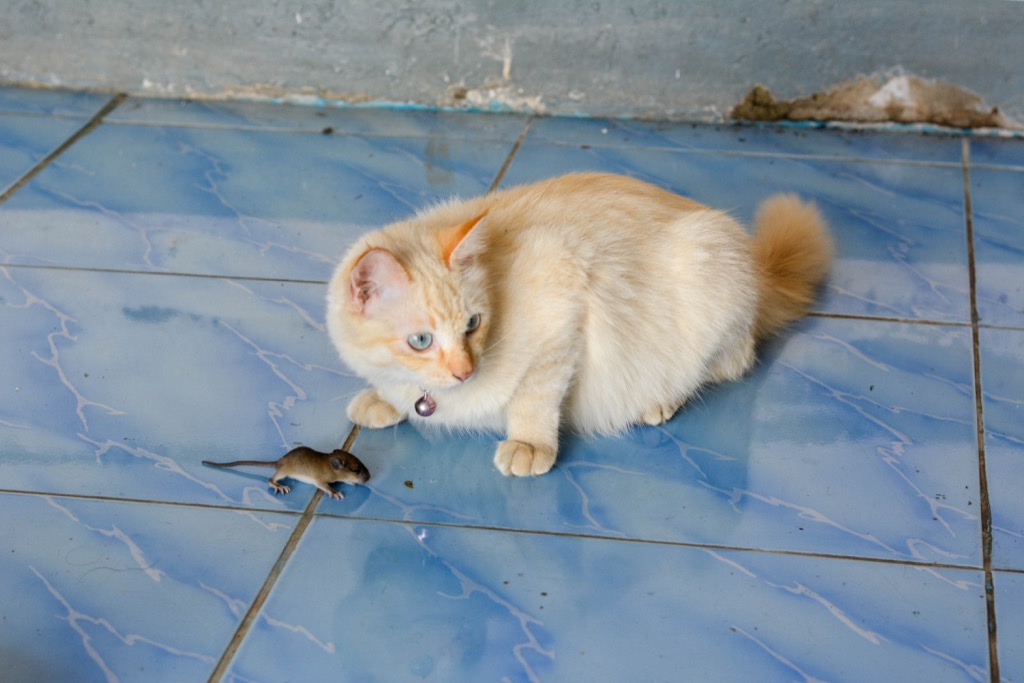 Once the park closes for the night, feral cats prowl the streets of Disneyland, keeping the rodent population under control. The cats initially set up camp in the '50s in Sleeping Beauty's castle, and since nobody could figure out how to kill a bunch of cats without causing an uproar, Disneyland has been using them as pest control ever since, feeding them and giving them medical care in addition to housing. And for more unexpected facts about the happiest place on earth, check out 20 Secrets Disney Employees Don't Want You to Know.

2
The Oldest Amusement Park Is 400-Plus Years Old 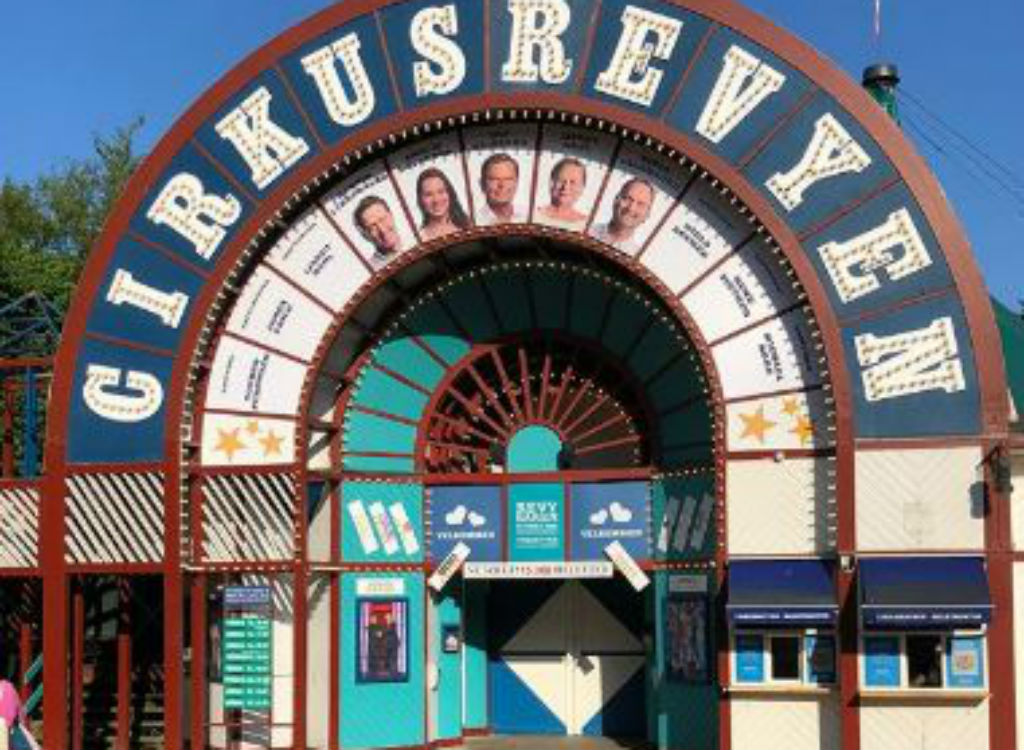 The world's oldest operating amusement park opened in Denmark in 1583. Originally Dyrehavsbakken drew crowds thanks to its fresh spring water and those crowds drew entertainers and vendors selling wares; thus the first amusement park was born. It is currently the second-most popular tourist attraction in Denmark. 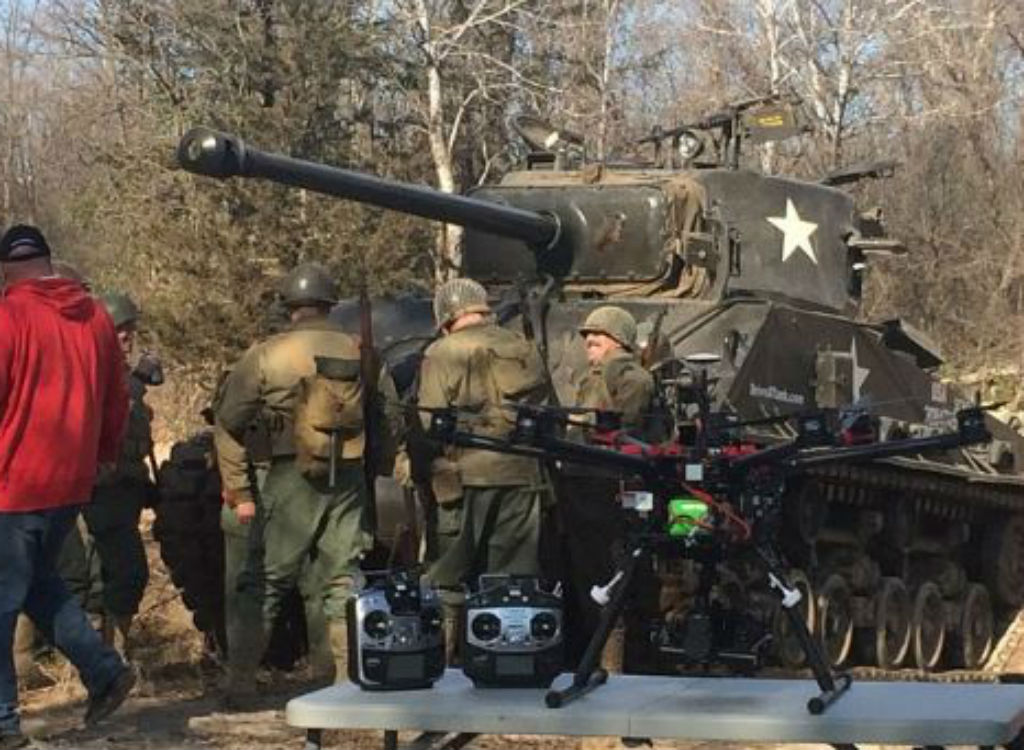 Not every amusement park is about roller coasters or water slides. At the aptly named Drive a Tank in Minnesota, you and your friends can drive a real tank for a different kind of thrill. But if roller coasters are your thing, you should know the 20 Most Terrifying Roller Coasters in America.

You might not think of fireworks as explosives, but that's what they are. This makes Disney World the second biggest buyer of explosives in the United States, right after the government. Disney keeps the numbers top secret, but estimates range from $45,000 to $50,000 per show.

5
Your Lost Change Goes to Charity

Every year, Cedar Point, an amusement park in Ohio, collects all the change that falls out of people's pockets on roller coasters, as well as money thrown into fountains, and donates it to charity. The amount collected every year changes, but is usually in the range of $2,000. And for more heartwarming goodness, discover the 20 Best Feel Good Stories of 2018.

6
Ferris Wheels Have Been Around Since the 17th Century 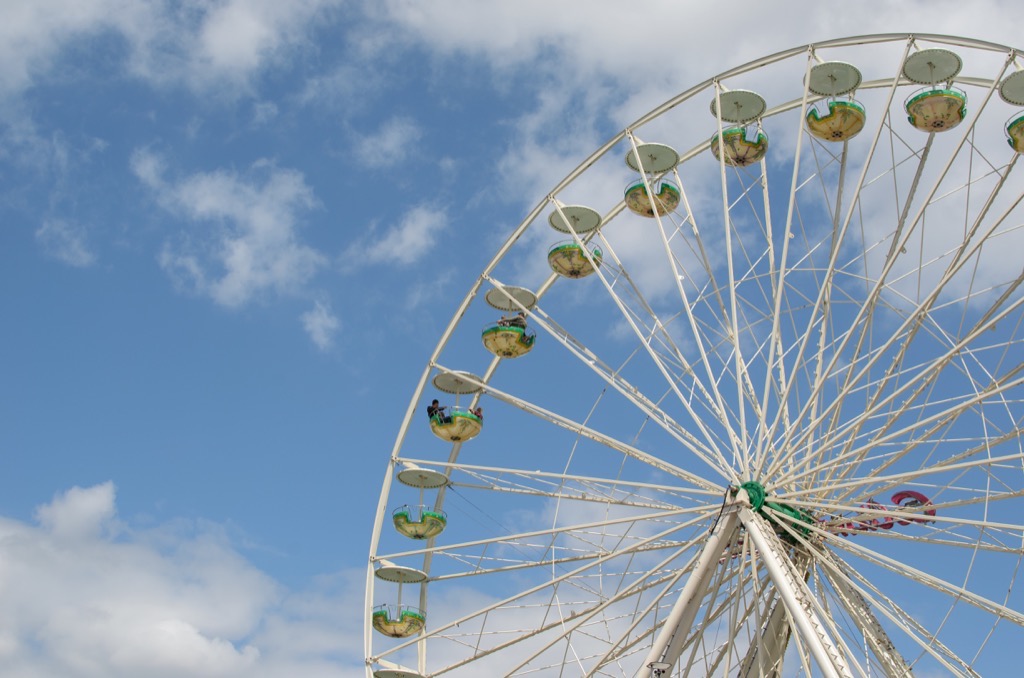 Before the Ferris Wheel existed as we know it today, it was known in 17th century Bulgaria as the "pleasure wheel." Pleasure wheels had chairs suspended from rings, and the entire contraption was turned by strongmen. And for more on how things have changed over time, check out these 40 Facts You Learned in the 20th Century That Are Totally Bogus Today. 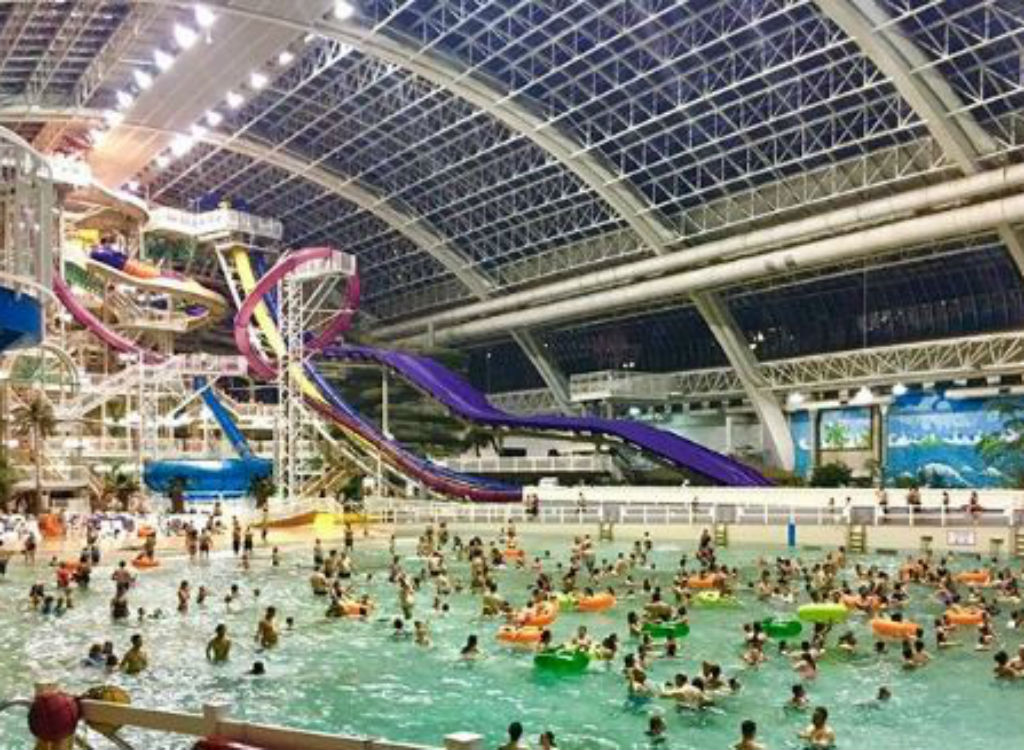 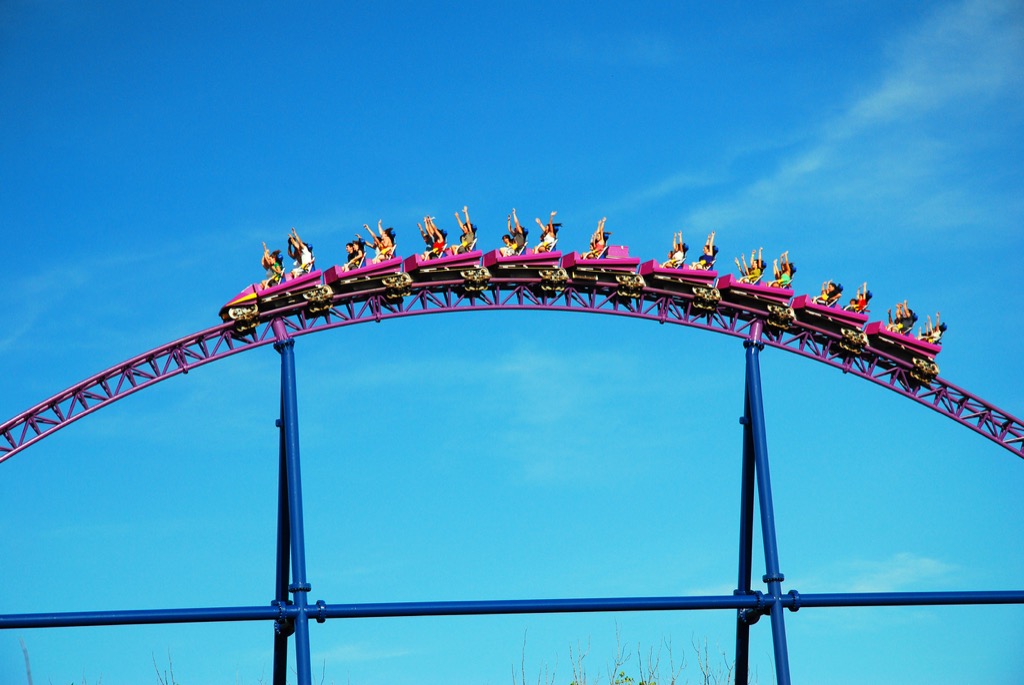 It is significantly cheaper to dismantle and reuse an old roller coaster instead of designing and building a new one from scratch, so there's a chance your favorite ride is currently in its second incarnation. The Tsunami, a roller coaster in Aguascalientes, Mexico, is currently on its fourth life. 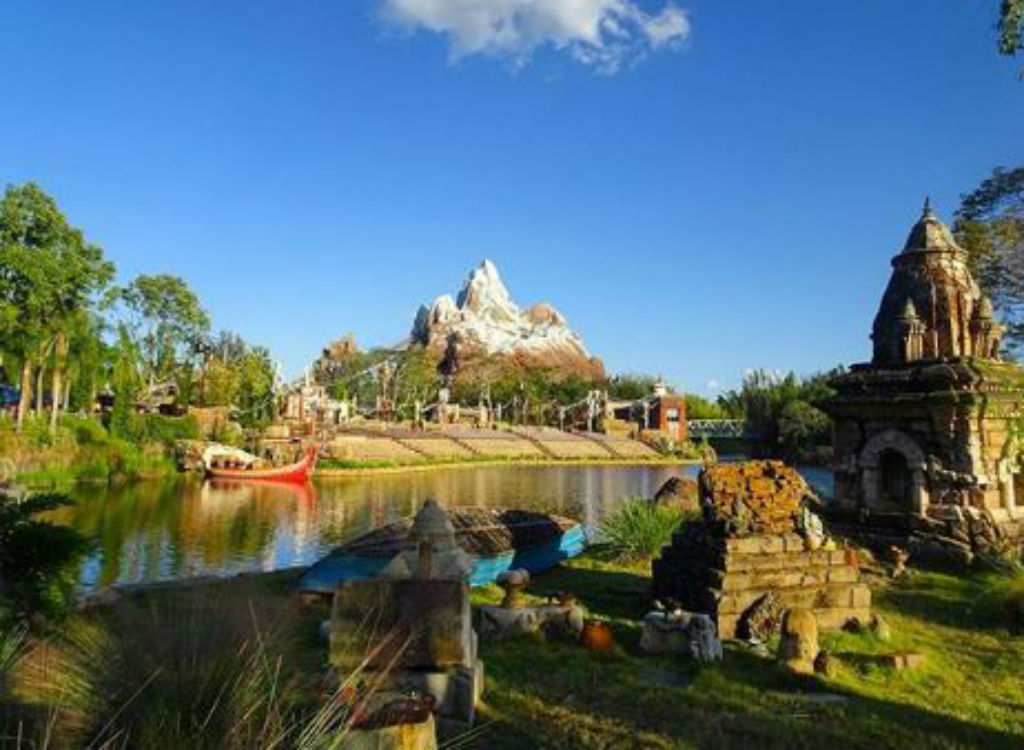 It's not the world's tallest or fastest roller coaster, but the Everest Expedition at Disney World in Florida is hands-down the world's most expensive roller coaster. Thanks to painstakingly recreating Mount Everest in miniature, the final cost of the ride was $100 million.

10
You Can Experience Cremation at a Park in China 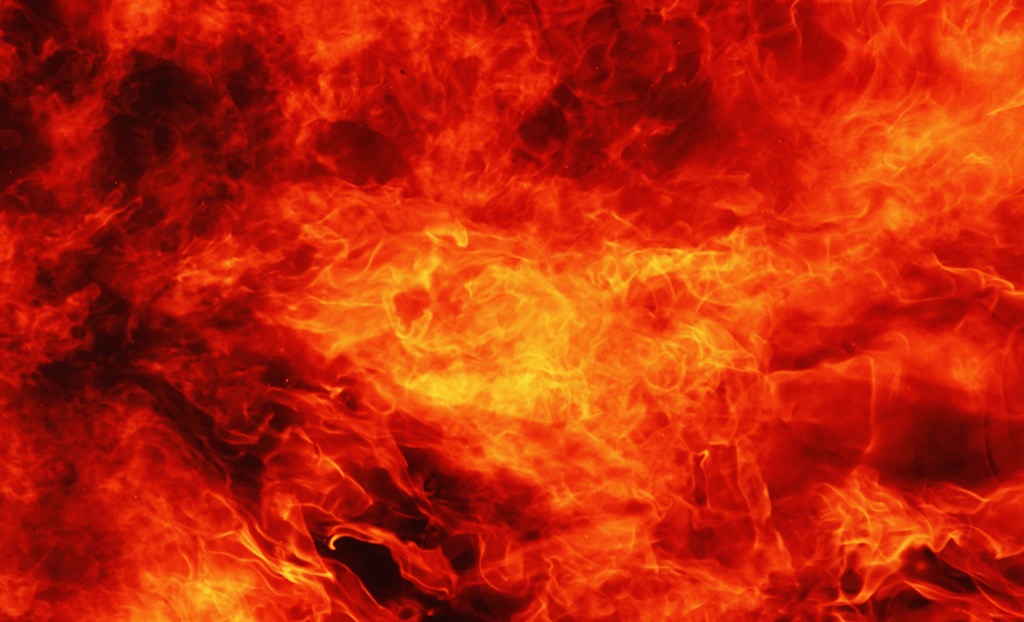 If you want to be scared at an amusement park but skip the roller coaster, the Window of the World park in Shenzhen, China, has a virtual reality attraction that lets you experience being cremated (minus the heat, obviously). Still: Yikes. 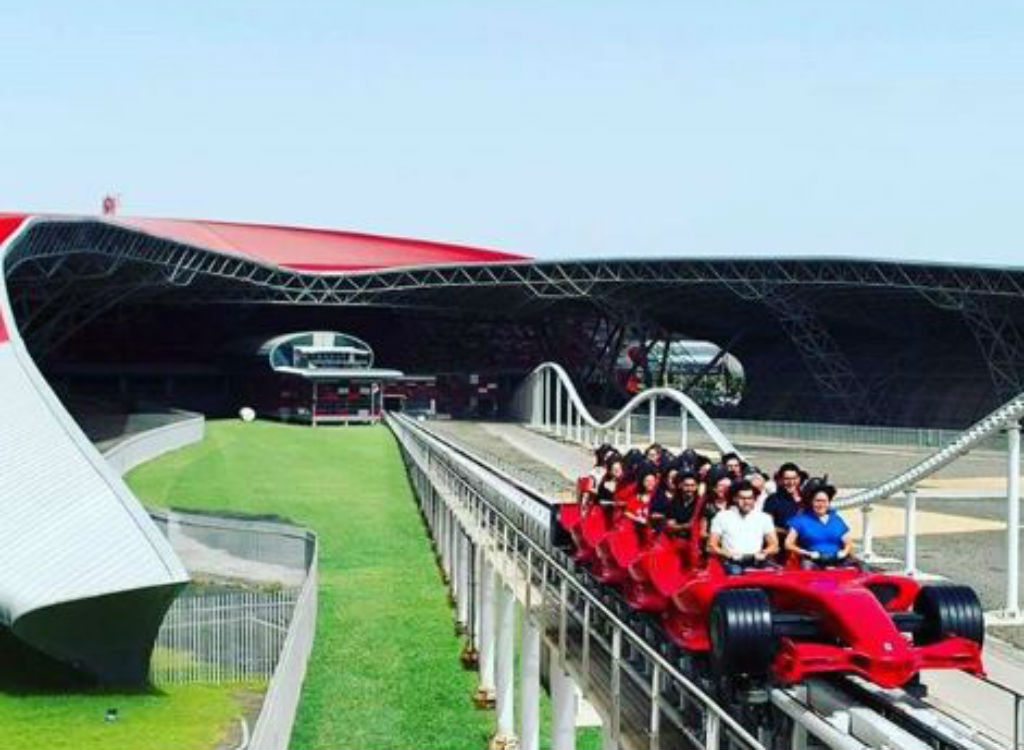 Ferrari World Abu Dhabi is a theme park devoted to all things Ferrari, so it makes sense that they have the world's fastest roller coaster. The ride is called the Formula Rossa, and it can go from 0 to 150 in just 5 seconds, thanks to its hydraulic launch system.

12
The Year of Tomorrowland Is Well Behind Us 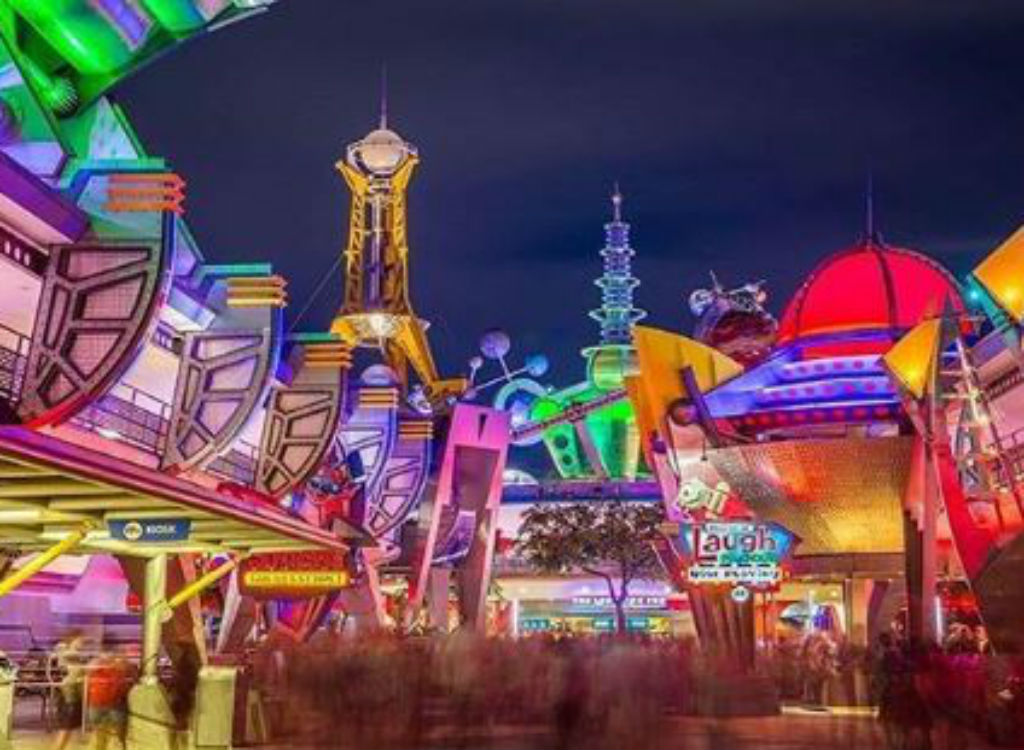 When the original Tomorrowland opened in 1955 at Disneyland, the world of tomorrow it was supposed to be depicting was 1986.

13
The Highest Amusement Park Was Made With Helicopters 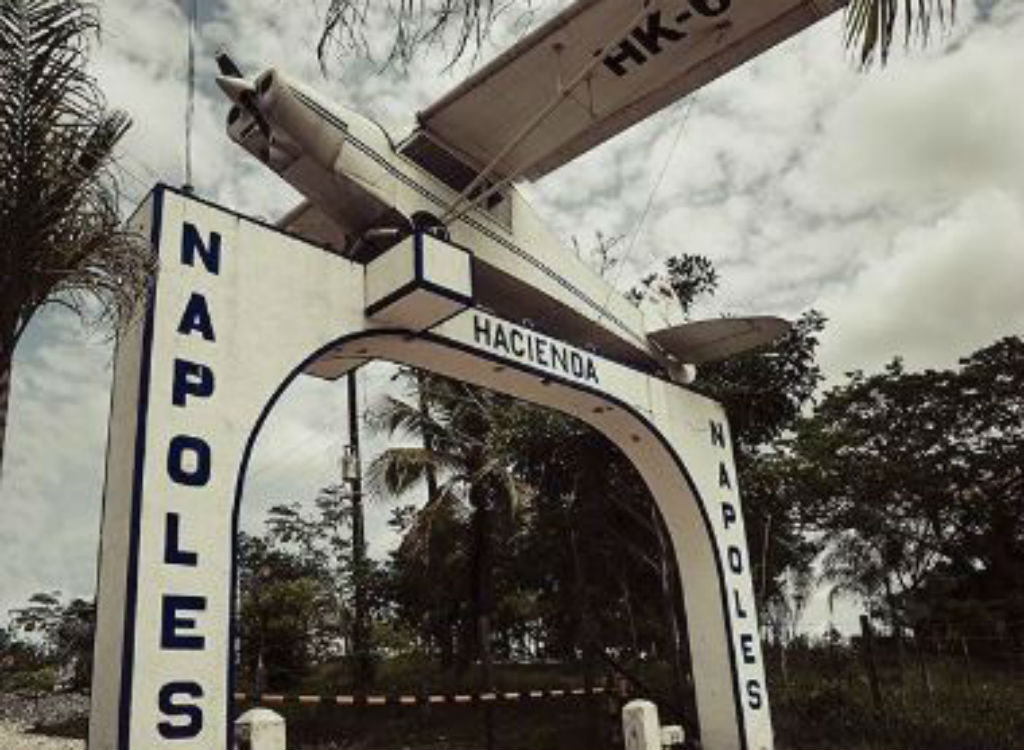 The estate of drug lord Pablo Escobar has been turned into an amusement park called Hacienda Napoles by the Colombian government. The archway to enter the park is made with a plane that was previously used to smuggle drugs. 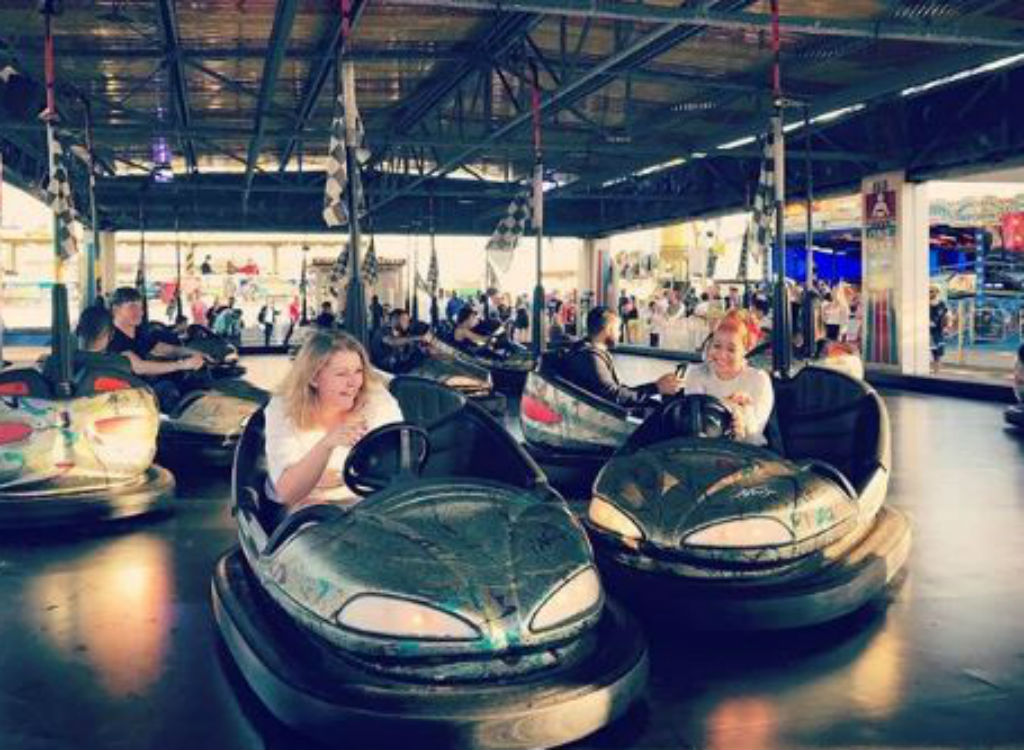 Butlin Skegness was the first amusement park to have bumper cars in the UK. It began importing them with an exclusive license in 1928. In 2011, the park hung up a "No Bumping" sign near the attraction that was not a joke. People were complaining about injuries from the ride, so bumping the cars together was banned in the park.

16
One of the First Water Parks Was Insanely Dangerous 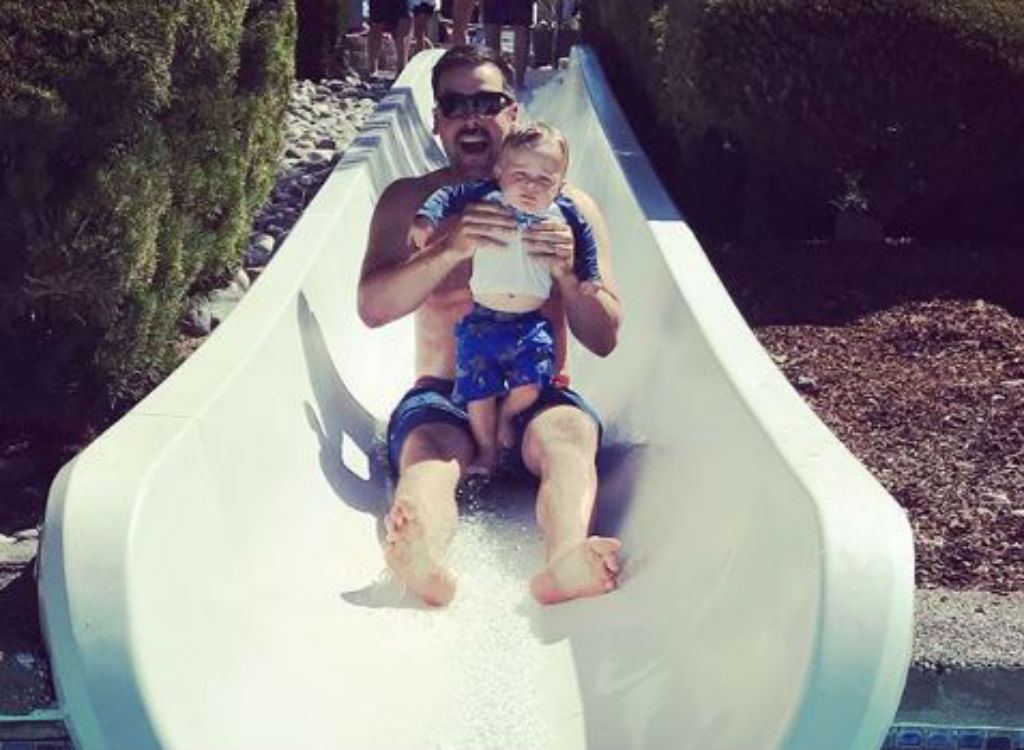 Action Park in Vernon, New Jersey, had one of the first modern water parks in America. Unfortunately, because water parks were so new, there weren't a lot of regulations, and injuries abounded until multiple settlements got the park to clean up their act.

17
Doritos Were Invented At an Amusement Park

Shortly after Disneyland opened in 1955, a restaurant there created Doritos in an effort to prevent food waste by just tossing out unused tortillas.

18
The Ferris Wheel Made Its Debut in Chicago

The Ferris Wheel as we know it today made its grand debut at the 1893 World's Columbian Exposition in Chicago. The Exposition is also frequently credited for creating the modern carnival or fairground because of its Midway and its isolated zone for amusements. 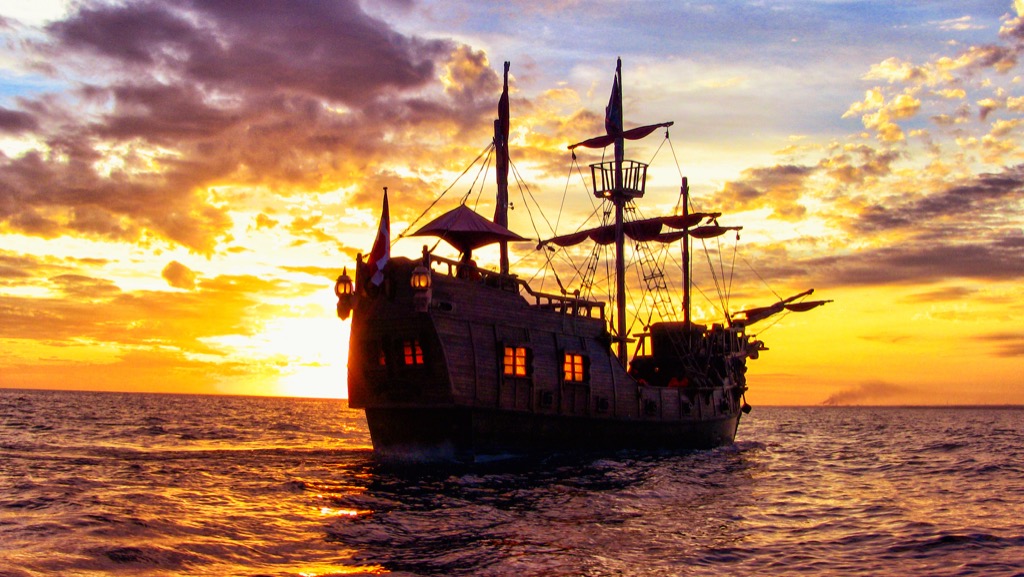 The original pirate ship ride was created in Tulsa, Oklahoma, sometime in the 1890s. It was called the Ocean Wave, and was a ride at a circus there that possibly attracted people who wanted to know what it was like to be on the ocean.

20
The Roller Coaster Capital of the World Is in Ohio 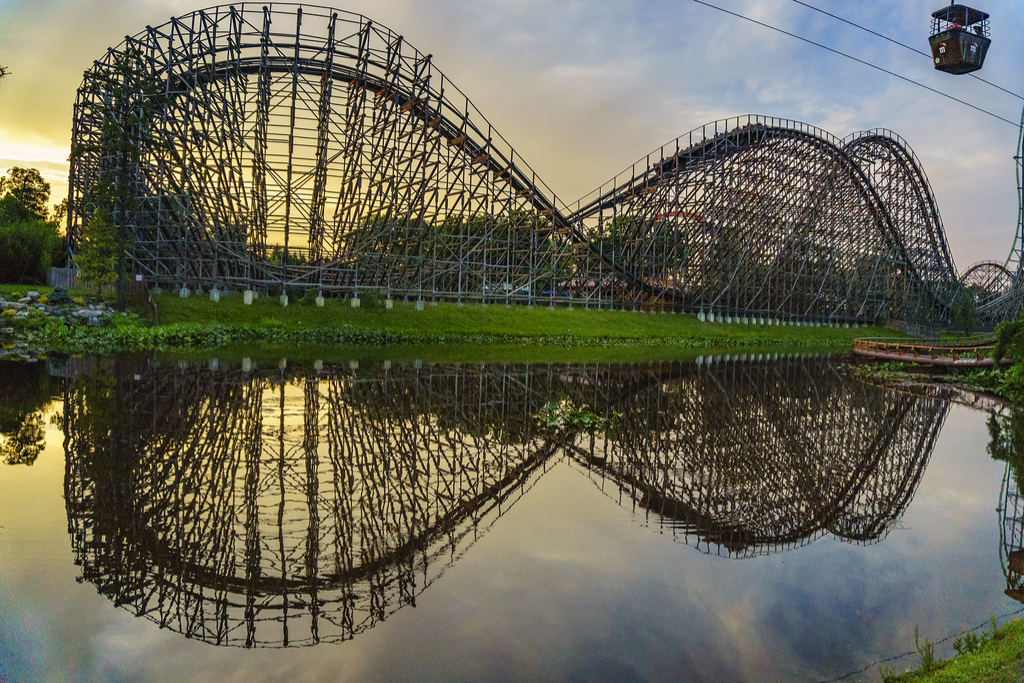 Cedar Point in Sandusky, Ohio, proudly calls itself the Roller Coaster Capital of the World. It has several of the roller coasters that rank among some of the world's tallest, fastest, and longest rides, so it's great for adventure seekers who want to get the most out of one single park.

21
A Disneyland Ride Has a Real Skull 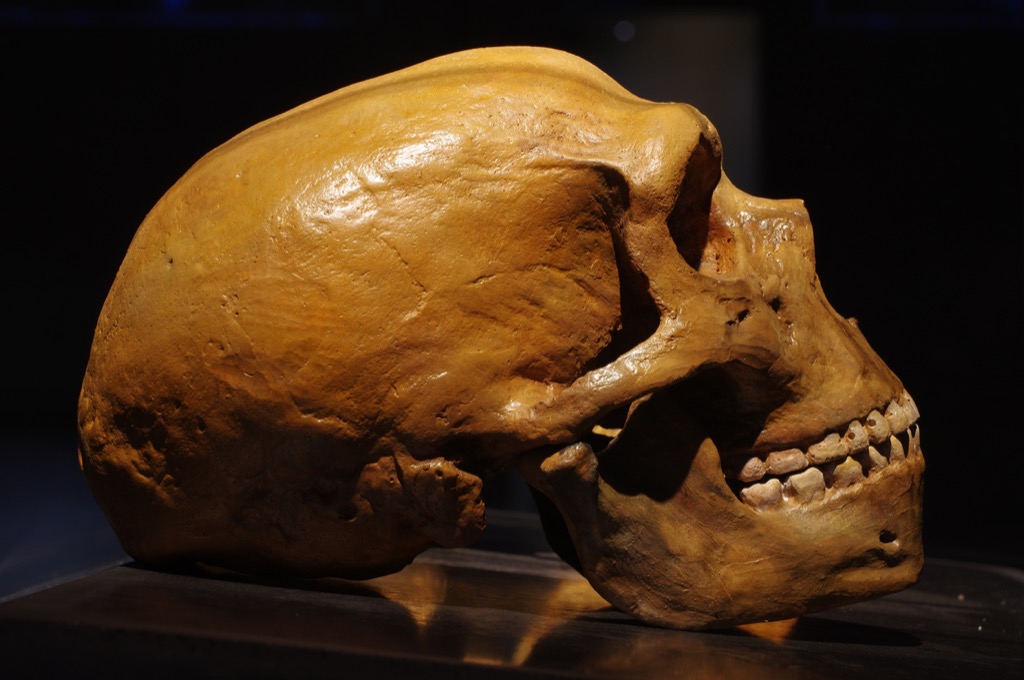 Disneyland might be fun for the whole family, but the Pirates of the Caribbean ride features an actual human skull for decoration.

22
The Oldest Operating Ferris Wheel Is in Austria 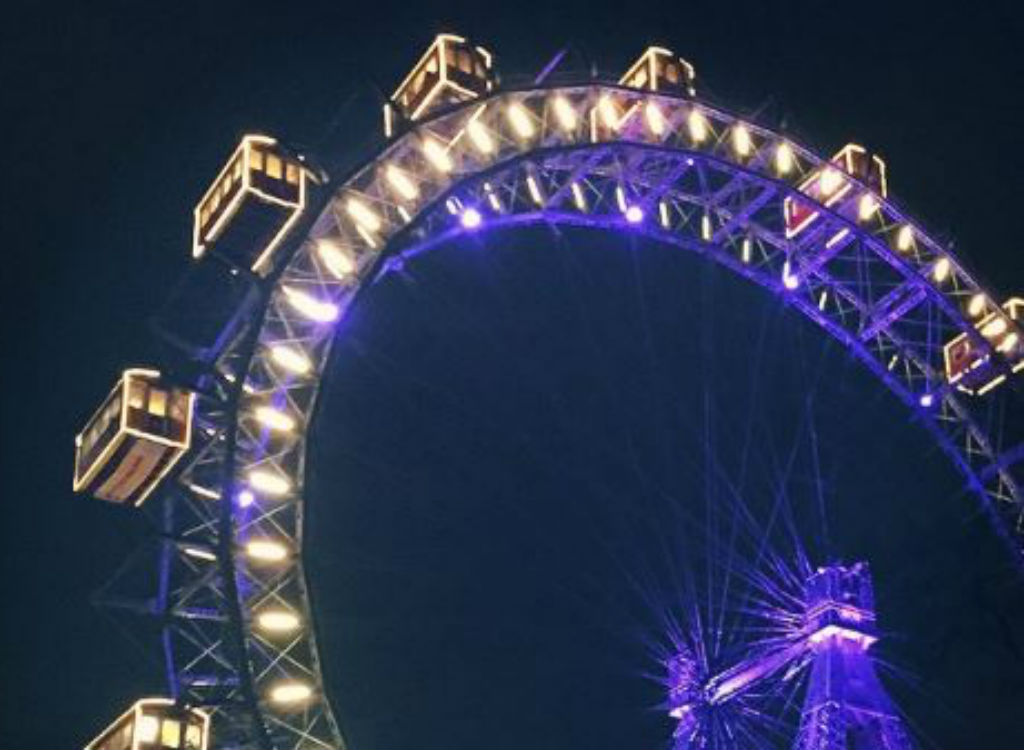 The Wiener Reisenrad was built in 1897, and is still in operation today. A permit for its demolition was issued in 1916, but because there were no funds to tear it down, the Reisenrad is currently the oldest operating Ferris Wheel in the world.

23
One Roller Coaster Has Over a Dozen Loops 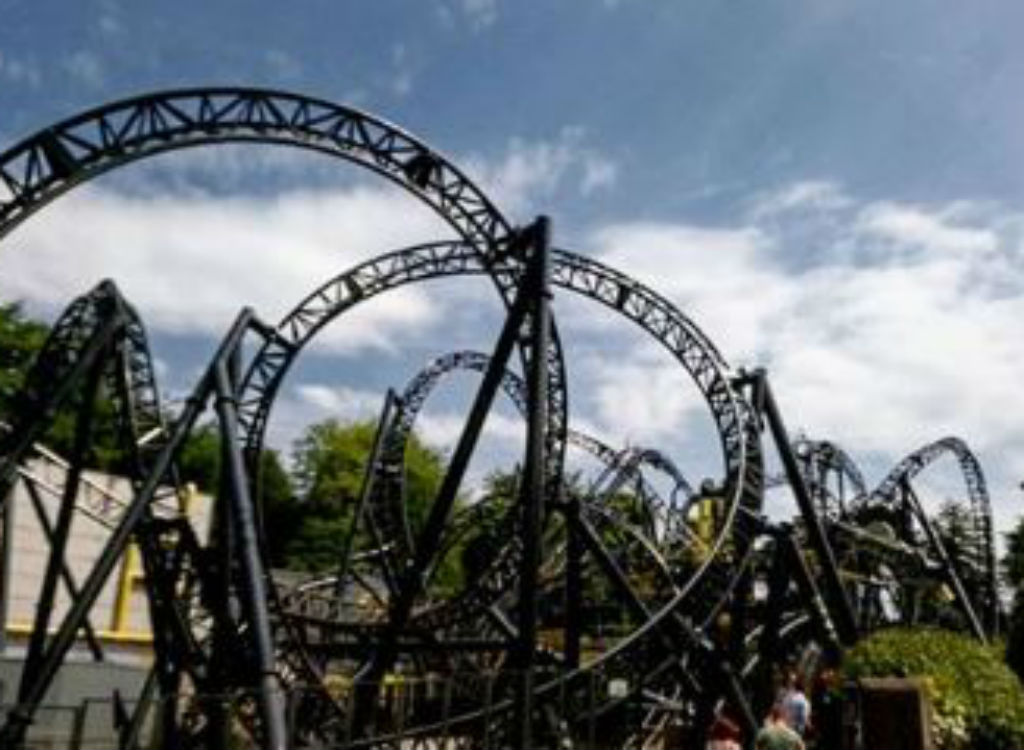 If your favorite part of a roller coaster is going upside down, there's one ride you need to try. The Smiler, located at Alton Towers in the United Kingdom has a record breaking 14 inversions. The next closest rides only have 10.

24
Mine Tracks Were the Original Roller Coasters 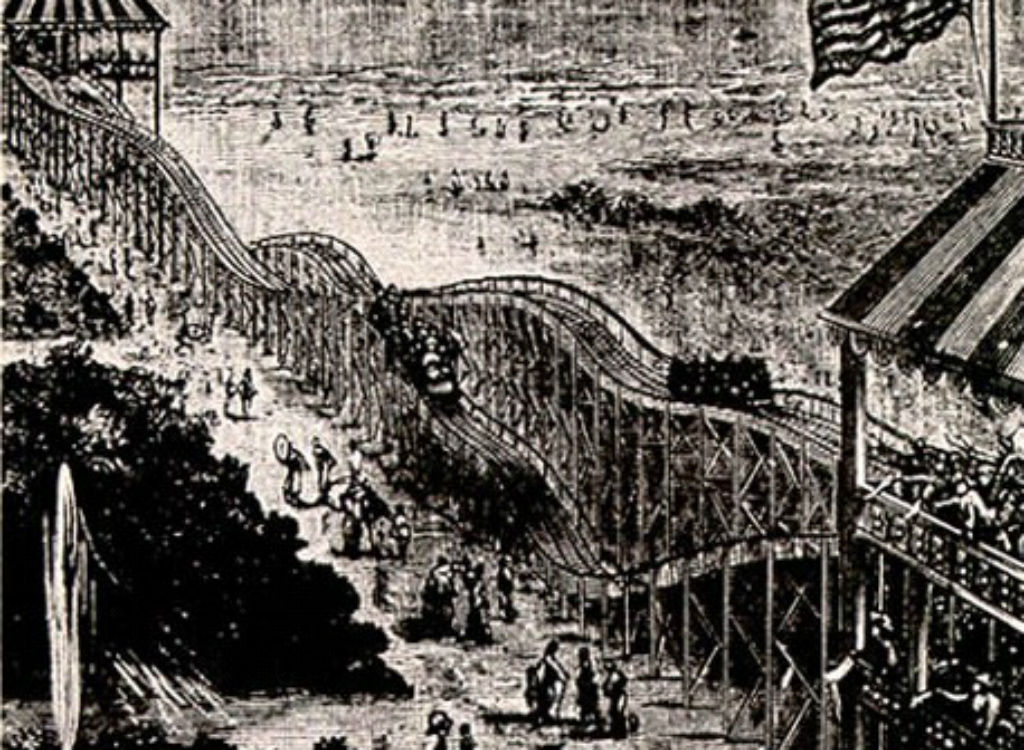 A mine in what is now Jim Thorpe, Pennsylvania, created a gravity railroad for moving coal. On slow days, locals would take a ride in the mine carts. Soon people were paying for the opportunity to go for a ride, and that is how we came to have the roller coaster as we know it today.

25
A Goose Broke Fabio's Nose at an Amusement Park You might think an upset stomach or whiplash is all you need to worry about at an amusement park. However, at Busch Gardens in 1999, Fabio's face collided with a passing goose while he was on a ride. The goose broke Fabio's nose, but Fabio's face killed the bird.

26
One Park Lets You Use Excavation Equipment 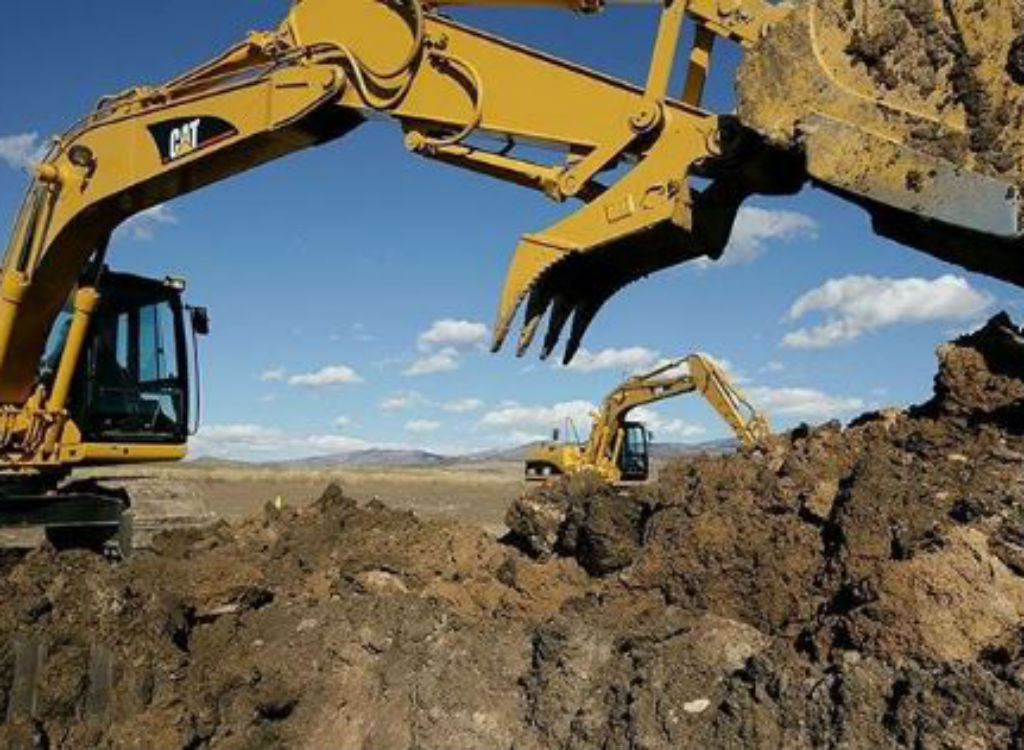 If Bob the Builder is your idol, you should check out Dig This Vegas. It's an amusement park that lets you use bulldozers and excavation equipment. 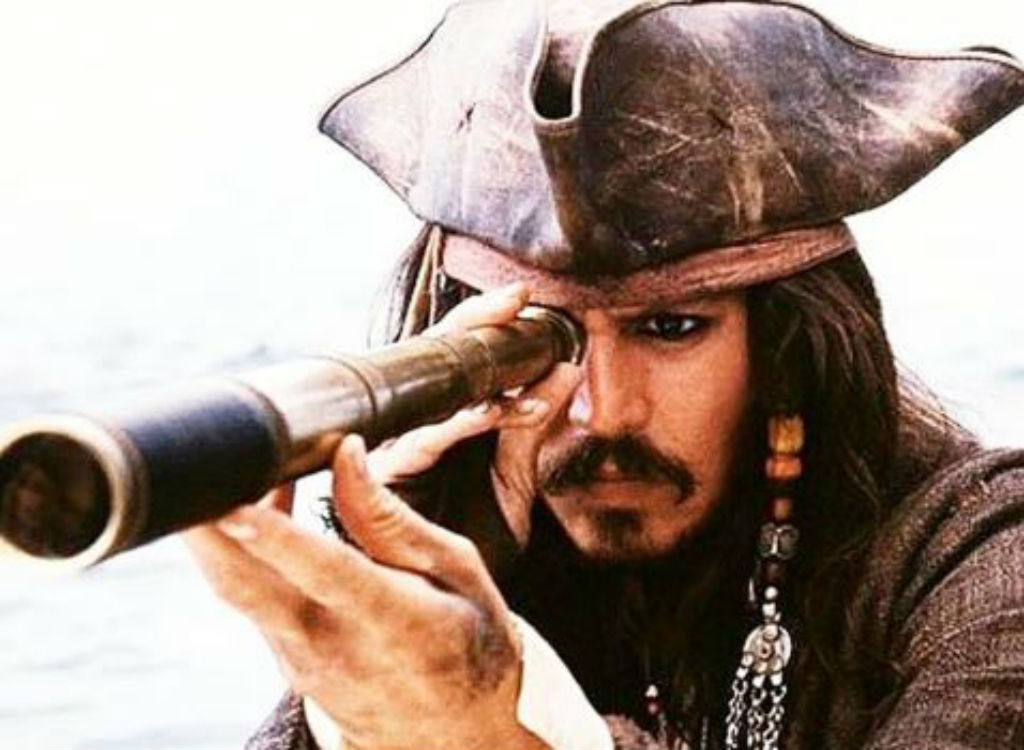 Disney goes all out when it comes to hiring cast for its parks, but sometimes visitors are treated to something extra magical. Johnny Depp has shown up as his characters from both The Pirates of the Caribbean and Alice in Wonderland.

28
One Roller Coaster Stands Above the Rest 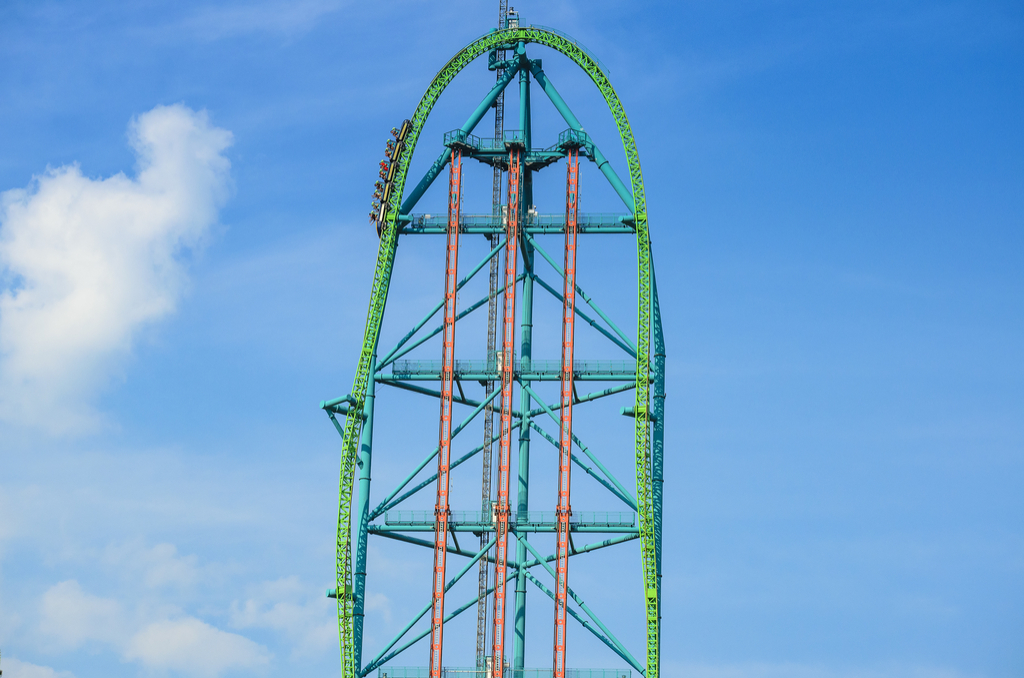 When it comes to great heights, there's one roller coaster that can't be topped. Kingda Ka at Six Flags Great Adventure has been the world's tallest roller coaster since 2005. 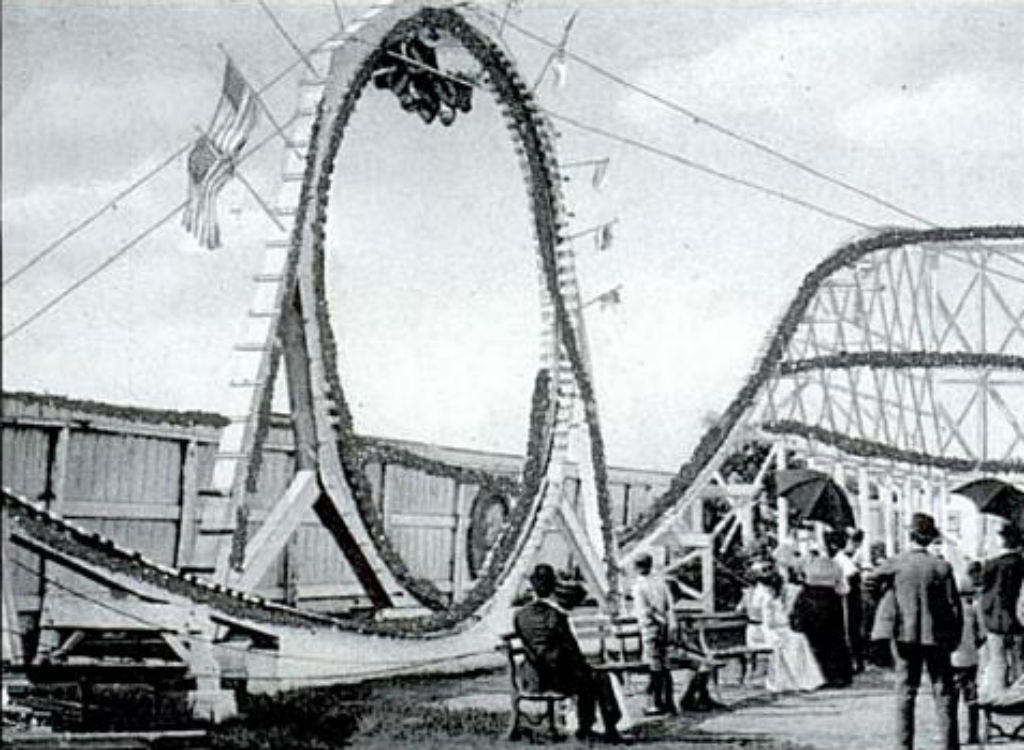 The first modern amusement park opened in 1984 Chicago and was started by a man named Paul Boyton. It was called Paul Boyton's Water Chutes, and it was the first park to charge a single admission price. After a year, Boyton moved to Coney Island and created another park with more rides, called the Sea Lion Park.

30
There Are Nearly 5,000 Roller Coasters Worldwide 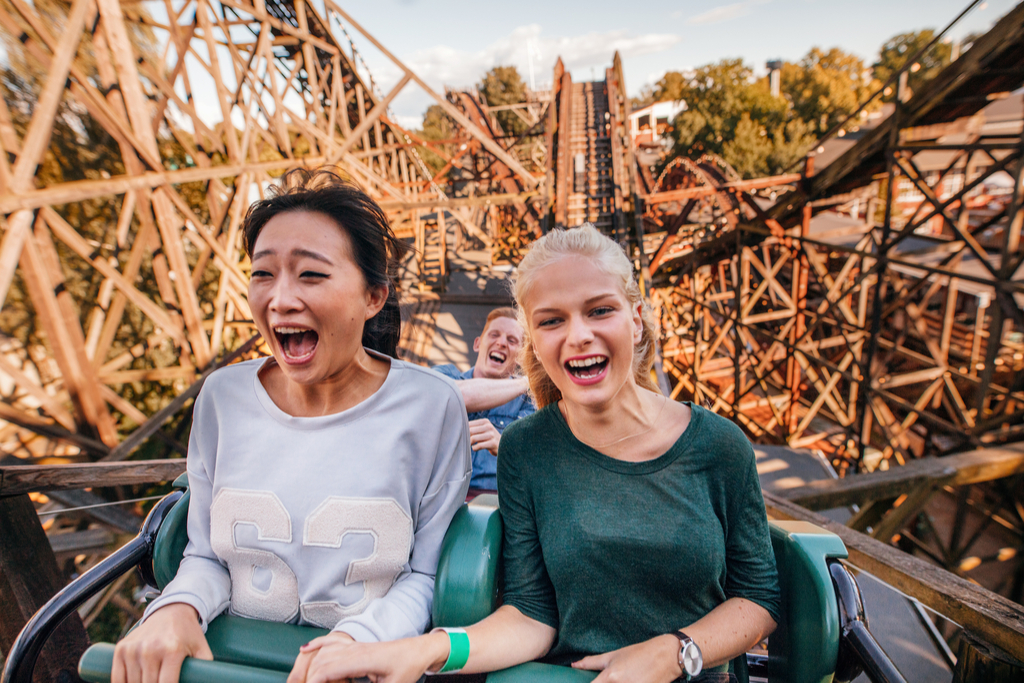 Roller coasters and amusement parks are increasing in popularity, and today the total number of roller coasters in the world stands at 4,651 across the world. A massive 2,286 of those rides are in Asia, while just 894 roller coasters call North America home. And if you want even more fun facts about fun things, check out 40 Crazy Facts About Summer Fairs.