Publix Just Sent This Alert to Shoppers Ahead of Upcoming Closures

The major supermarket chain is making some changes that could affect your next visit.

Depending on where you live, there's a good chance you count on Publix for your groceries. The regional supermarket chain has amassed a devoted fan base thanks to its wide selection of products and competitive prices—not to mention its beloved sandwiches and prepared foods. And with just over 1,300 locations throughout the Southeast, they're a convenient option for many who don't have time to spare in their schedule perusing the aisles. But take note if you're planning a shopping trip because Publix has sent an alert to shoppers about upcoming closures. Read on to see what you need to know before your next grocery run.

READ THIS NEXT: These Popular Grocery Chains Are Closing Stores, Starting Nov. 11.

A major hurricane recently made landfall in the U.S. 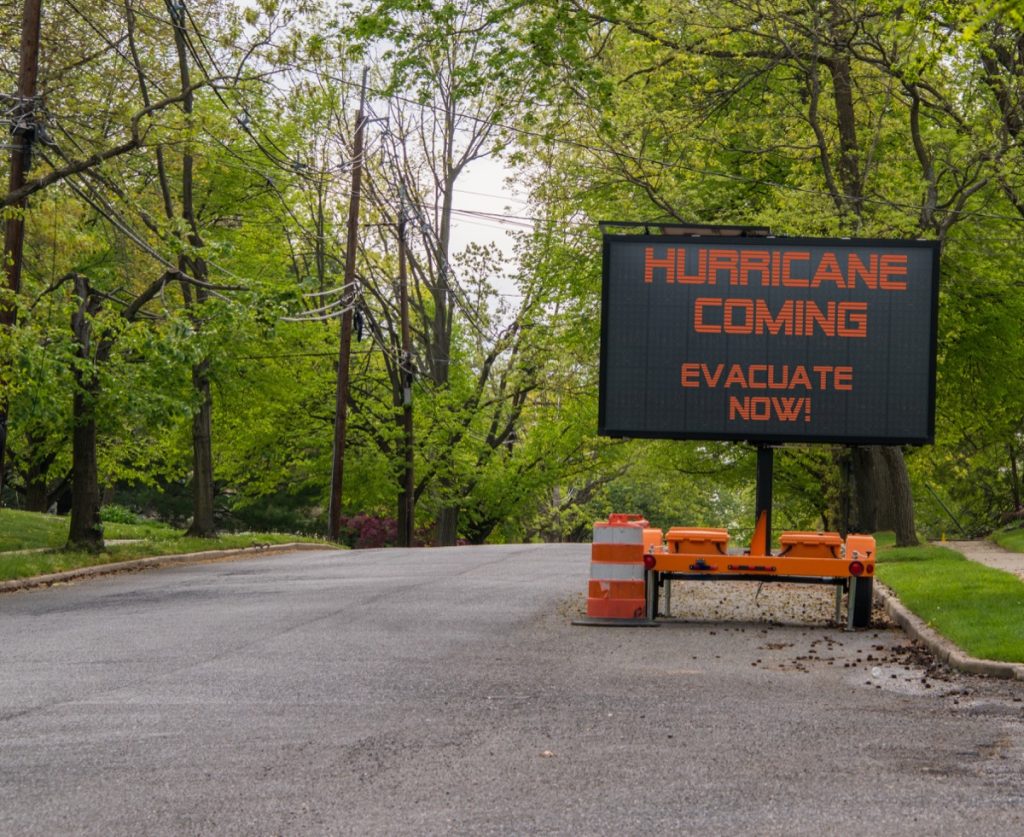 In the early morning of Sept. 28, Hurricane Ian made its first landfall in the U.S. as it came ashore between Tampa and Fort Myers, Florida. Weather reports showed that the storm was just below Category 5 status, bringing heavy rain and maximum sustained winds of up to 155 miles per hour, according to The New York Times. The storm devastated Cuba yesterday, knocking out electricity across the entire island and killing two people.

Officials have spent the last few days preparing for the storm's arrival. Airports in Tampa, St. Petersburg, and Orlando grounded all of their flights and closed as the storm approached. And on Tuesday, Florida Gov. Ron DeSantis expanded evacuation orders for more than 2 million people in vulnerable areas along the coast, The Washington Post reports.

"This is a lot of nasty weather that we're in store for over the next few days," DeSantis said during a Tuesday press conference.

Publix just sent an alert to customers about its planned closures and changes to store hours.

As residents prepare for the worst and hope for the best, businesses in the storm's path are also making changes in anticipation of its arrival—including grocery stores. In a Sept. 27 news release, Publix announced that it would be changing operating hours and closing certain locations in Florida.

"Please keep in mind, hours may be adjusted, and the status of individual stores is subject to change based on Hurricane Ian's track and projected impacts. As always, our priority remains on the safety of our associates, customers, and communities," Hannah Herring, a company spokesperson, said in an emailed statement received by the Orlando Sentinel.

According to the company, some stores were expected to close as early as 3 p.m. on Tuesday, while others would close by 4 p.m. on Wednesday afternoon. The locations are expected to remain closed on Thursday, Sept. 29.

The closures will affect these Publix stores in the storm's projected path.

To help keep customers informed, Publix has launched a page tracking the storm and posting any scheduled changes to opening hours at specific locations. As of Sept. 28, a total of 455 locations will be affected, according to the supermarket chain's website.ae0fcc31ae342fd3a1346ebb1f342fcb

The company says many of the stores should reopen by the end of the week.

According to Publix, many of the closed stores are expected to reopen by 7 a.m. on Sept. 30. However, customers can find the most up-to-date information on the designated storm tracking page, per a tweet from the company.

Of course, Publix isn't the only grocery store shutting down due to the extreme weather. Winn-Dixie also announced it would close dozens of its locations across the state in anticipation of the storm's arrival on Wednesday. The supermarket chain provided a complete list of temporarily shuttered stores and said it would update it regularly throughout the day.

The closures could make it difficult for anyone left behind in the storm's path. In an early morning press conference on Sept. 28, DeSantis warned that people in certain areas who had chosen to stay put during the storm should no longer attempt to flee. "It's no longer possible to safely evacuate," he warned, per The New York Post. "It's time to hunker down and prepare for this storm. Do what you need to do to stay safe. If you are where that storm is approaching, you're already in hazardous conditions. It's going to get a lot worse very quickly. So please hunker down," he advised.

Zachary Mack
Zach is a freelance writer specializing in beer, wine, food, spirits, and travel. He is based in Manhattan. Read more
Filed Under
News • Retail • Shopping
Read This Next
Latest News
Read This Next