20 Poets You Haven't Read But Should

There's a whole world outside of English class.

For many folks, poetry was just something you had to study in high school or college. They might remember a bit of Shakespeare or Robert Frost, or maybe even some Emily Dickinson. But there's more to poetry than the contents of those heavy old textbooks. A person could spend their entire life studying poetry and never even cover a fraction of the genre. So, it's no wonder that so many people find it intimidating to try to love poetry without a syllabus in front of them directing them toward the right works to read.

To alleviate some of that intimidation, here are 20 poets you probably haven't read, but should. They may range in age, style, and background, but they all have one thing in common: their beautiful, touching, and thought-provoking work definitely deserves a spot on your shelf. And if you're trying to bring more literature into your life, get familiar with The 30 Best Literature-Inspired Baby Names.

Lyn Hejinian is one of the founders of the Language poetry movement and a major influence in experimental and avant-garde poetry. Her work is known for asking readers to construct its meaning themselves, a common tenet for pieces of Language poetry.

"But isn't midnight intermittent / Or was that just a whispered nine / A snap of blown light low against the flank of a cow / A likeness of something numberless that only I not knowing the sound/might know."

Looking for inspiration? Check out 100 Life-Changing Quotes to Inspire Your Days. 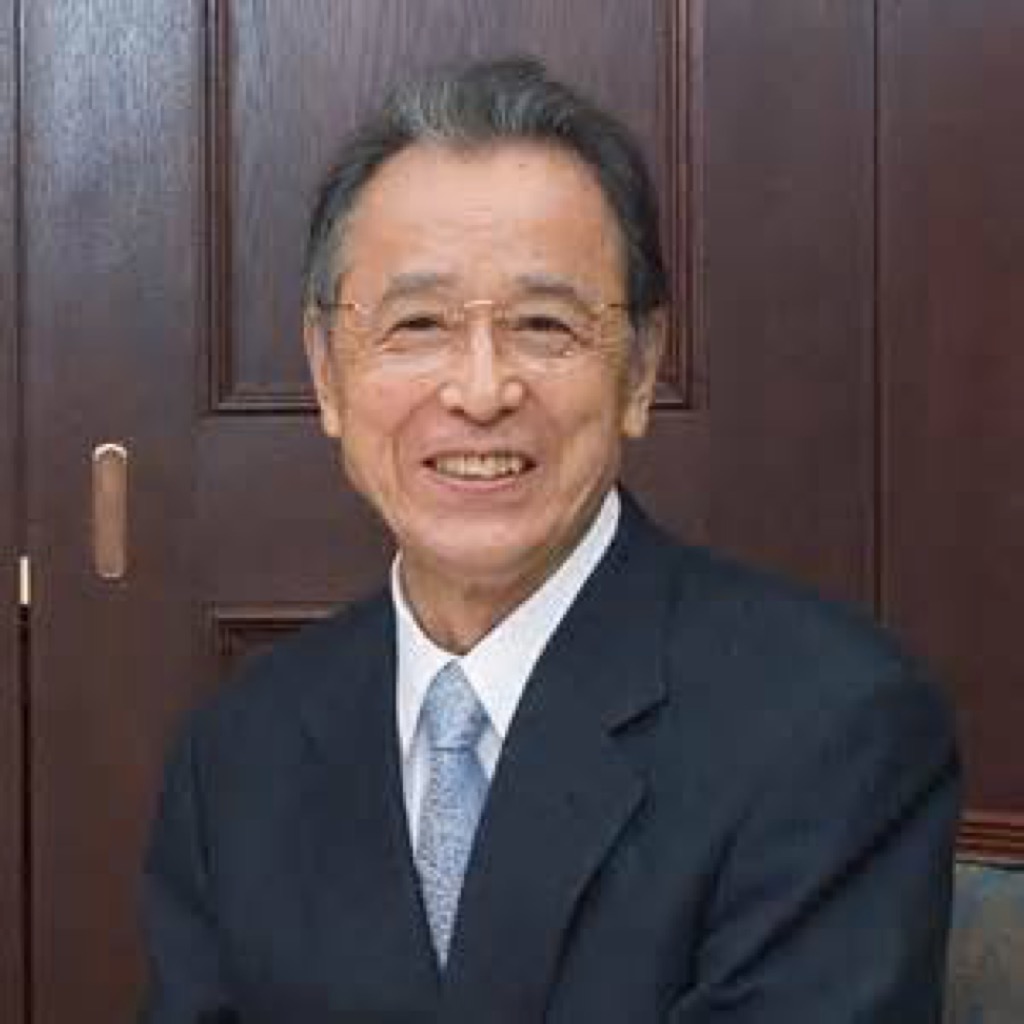 Takaha Shugyo is a highly regarded haiku poet in Japan and president of the Association of Haiku Poets. As one of the leading contemporary masters of haiku, he creates works of poetry concise enough to easily memorize and take with you.

"cracking open a walnut / and inside the shell—— / one unused room" — "kurumi waru kurumi no naka ni tsukawanu heya."

Does the thought of Japan give you instant wanderlust? This Is Officially the Safest Way to Travel. 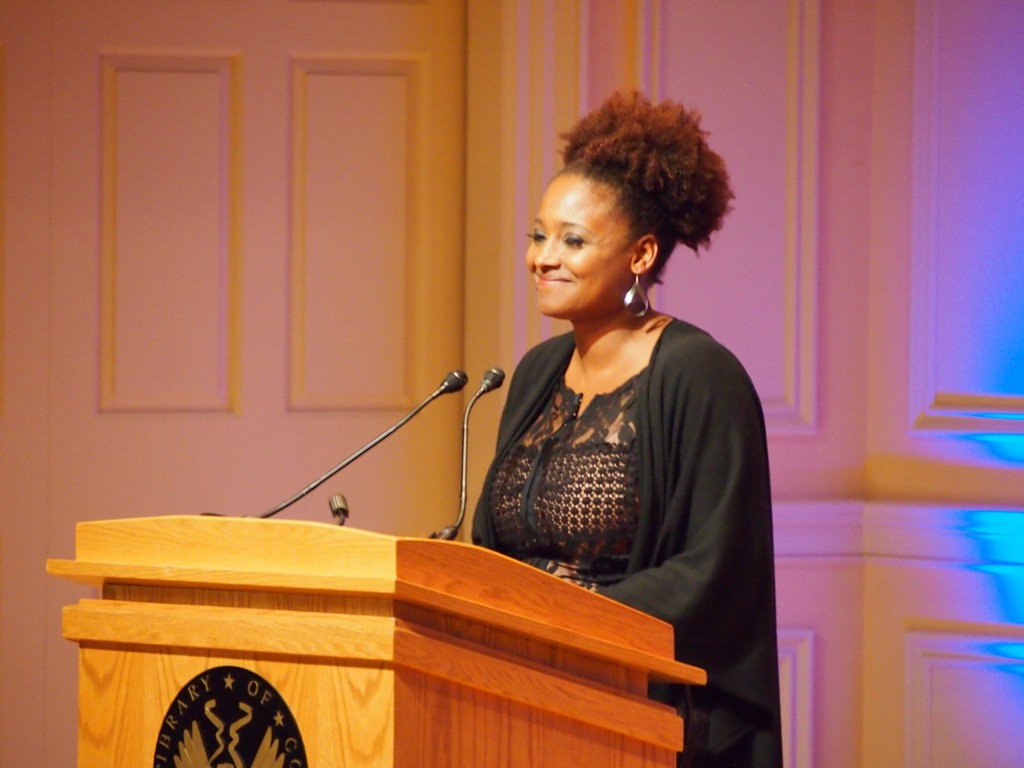 Tracy K. Smith has won a Pulitzer Prize and an Academy of American Poets Fellowship. In 2017, she was named US Poet Laureate. Her work frequently deals with race and faith. If you're a New Yorker, you might recognize this poem from MTA's Poetry in Motion series.

"When some people talk about money / They speak as if it were a mysterious lover / Who went out to buy milk and never / Came back, and it makes me nostalgic / For the years I lived on coffee and bread" — from "The Good Life."

Is this a little too relatable? Check out 40 Ways to Seriously Boost Your Savings After 40. 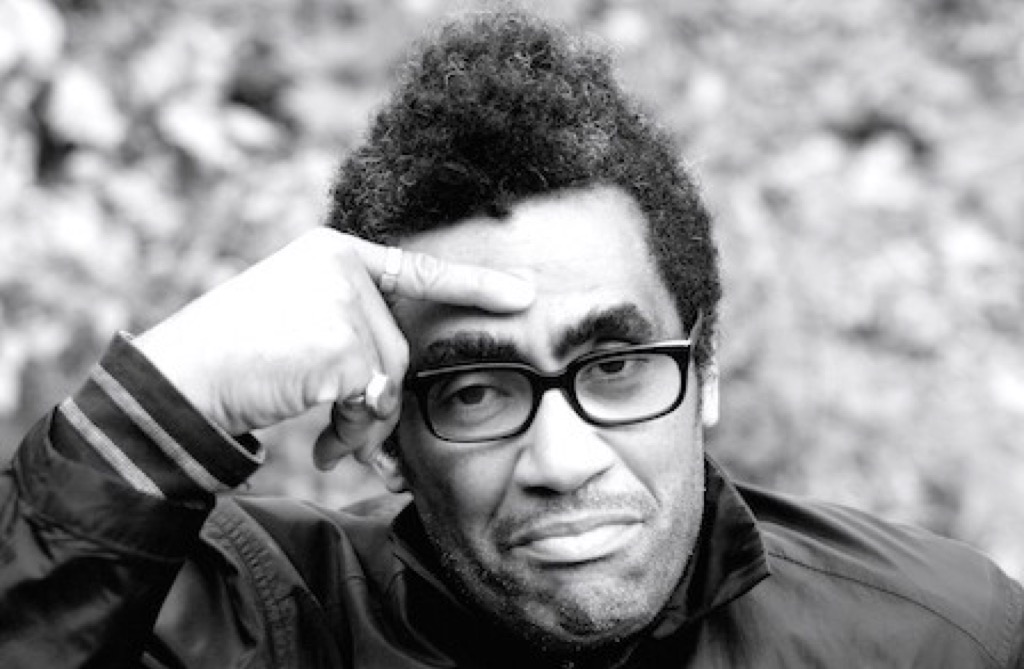 Thomas Sayers Ellis was a co-founder of the Dark Room Collective, an organization that gave visibility to writers of color. The last line of this poem, simply, "Dela," completes the title, "Man," to make it absolutely clear that the poem's subject is Nelson Mandela. 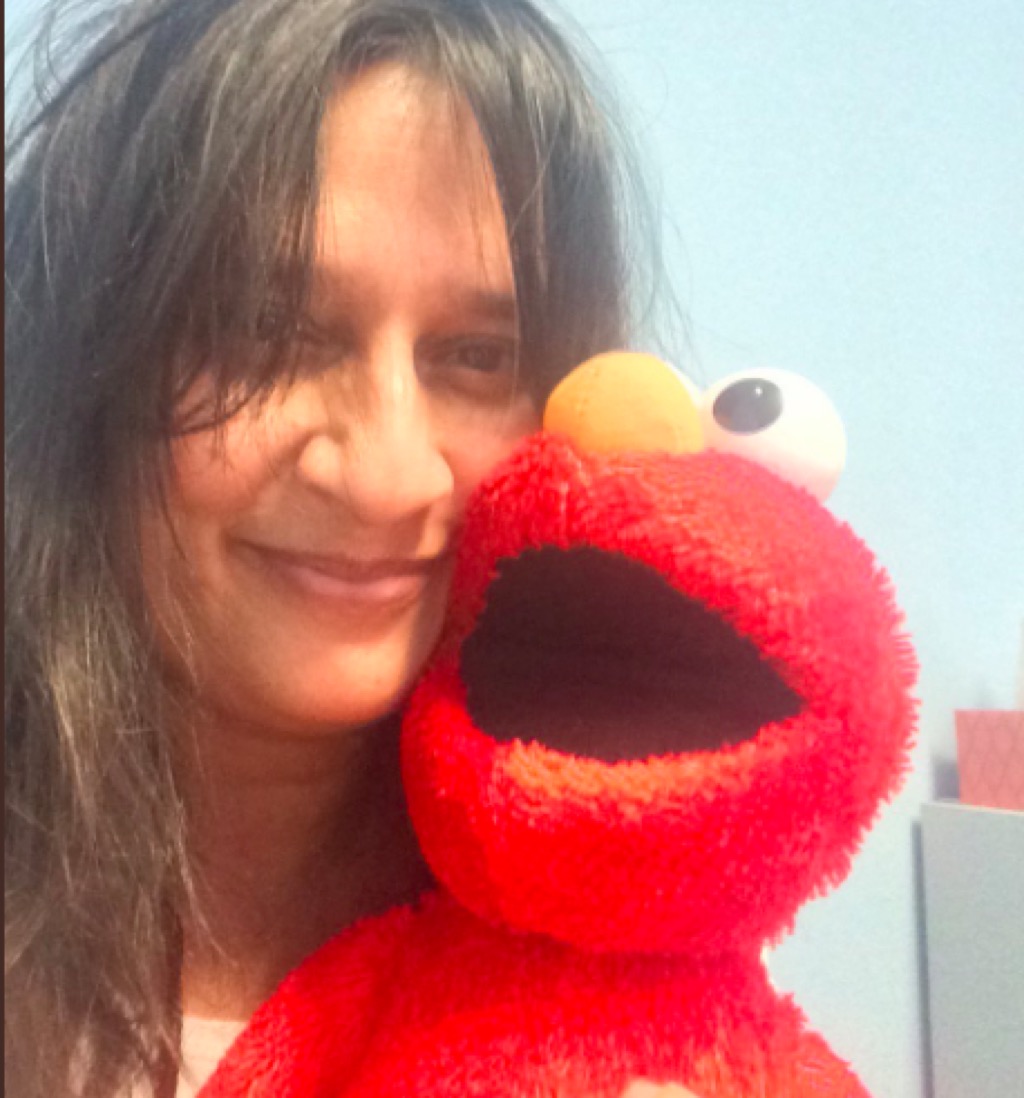 Bhanu Kapil is a professor at Naropa University and at Goddard's low-residency MFA program. Her work can be classified somewhere between poetry and prose. This excerpt is from her book Incubation: A Space for Monsters, a cross-genre book about a girl hitchhiking around America and elsewhere.

"1 Reverse the book in duration. What does that mean? I am writing to you. These notes now when it's too late. / 2 If the cyborg you read about in bookstores is an immigrant from Mexico crossing into the U.S. beneath a floodlit court, then mine is a Punjabi-British hitchhiker on a JI visa. This is tunneling as seen from a satellite—sort of concave warp in the dirt of the line." — from "Handwritten Preface to Reverse the Book." 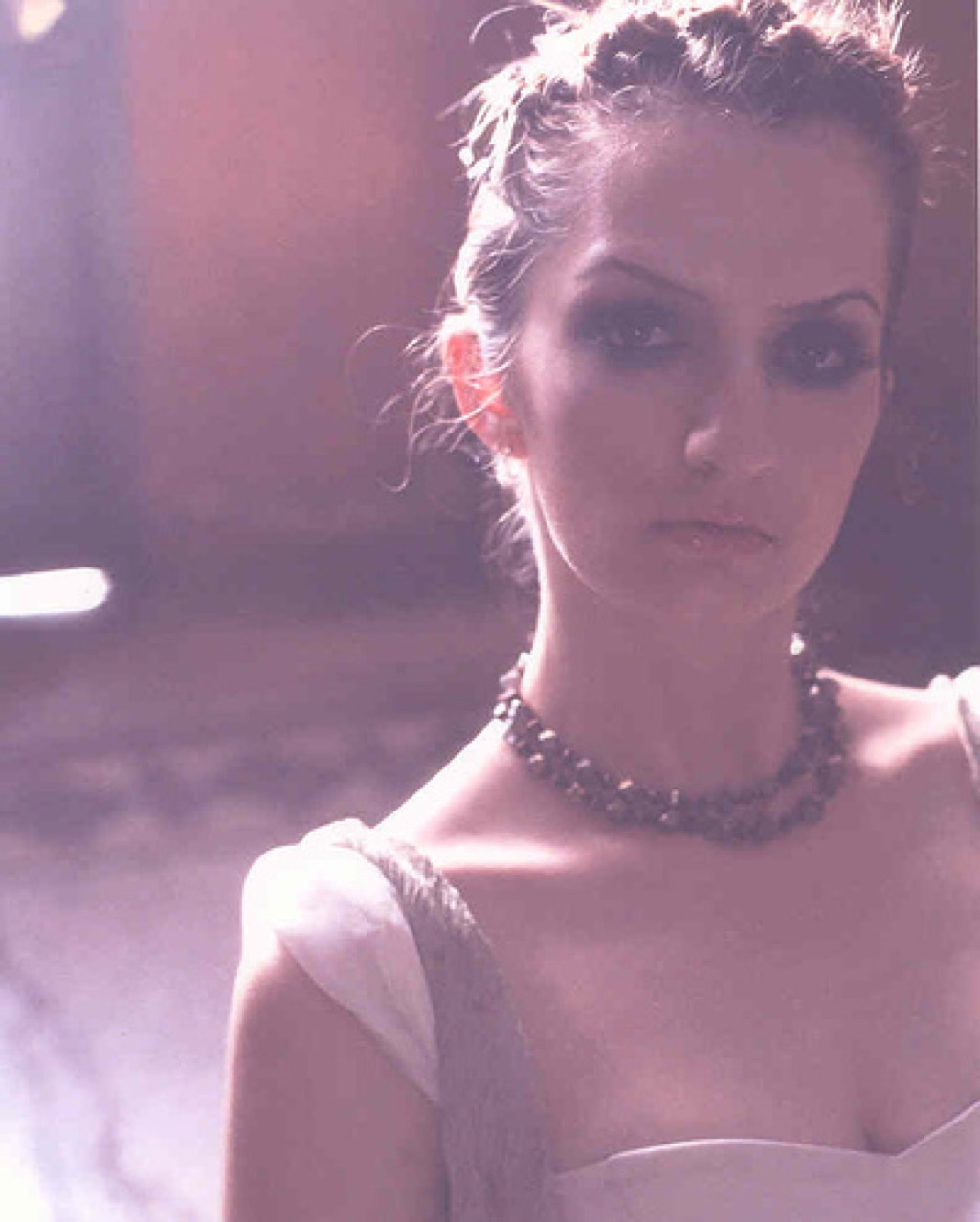 Amy King has won a Tarpaulin Sky Book Prize and a WNBA from the Women's National Book Association. Her poetry reflects her personal commitment to progressive activism and intersectionality.

"Be incomplete, be the visual, / be what turns the moon / into sunlight in a dress. / Twirl your way into existence. / Be the outline for us." — from "Time Is a Dare."

Kay Ryan was appointed Poet Laureate in 2008 and held the position for two terms. Her work is frequently compared to that of Marianne Moore and Emily Dickinson because of its dense, clipped style.

Want to improve your home library? Here are 40 Books Every Woman Over 40 Should Have on Her Bookshelf. 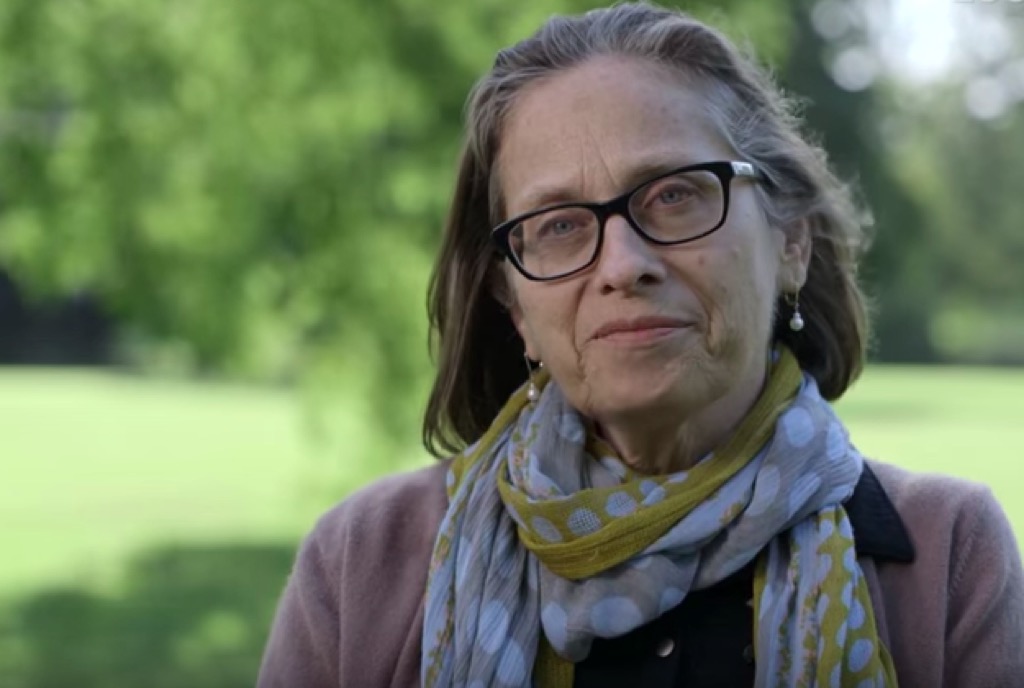 Lydia Davis is one of few contemporary authors who has appeared in both the Best American Short Stories and Best American Poetry series. She has also done several notable translations from French to English, including Flaubert's Madame Bovary. She is considered a master of flash fiction.

Jealous of her position at the university? Check out the 40 Best Ways to Jumpstart Your Career.

Eileen Myles is the recipient of a Guggenheim fellowship. A character inspired by them appeared on the second season of Transparent. They are an outspoken member of the LGBTQ community and ran a write-in campaign for president of the United States in '91-'92.

"Can you / imagine what it was / like to be one of them, / to be built like them, / to talk like them / to have the benefits / of being born into such / a wealthy and powerful / American family." — from "An American Poem." 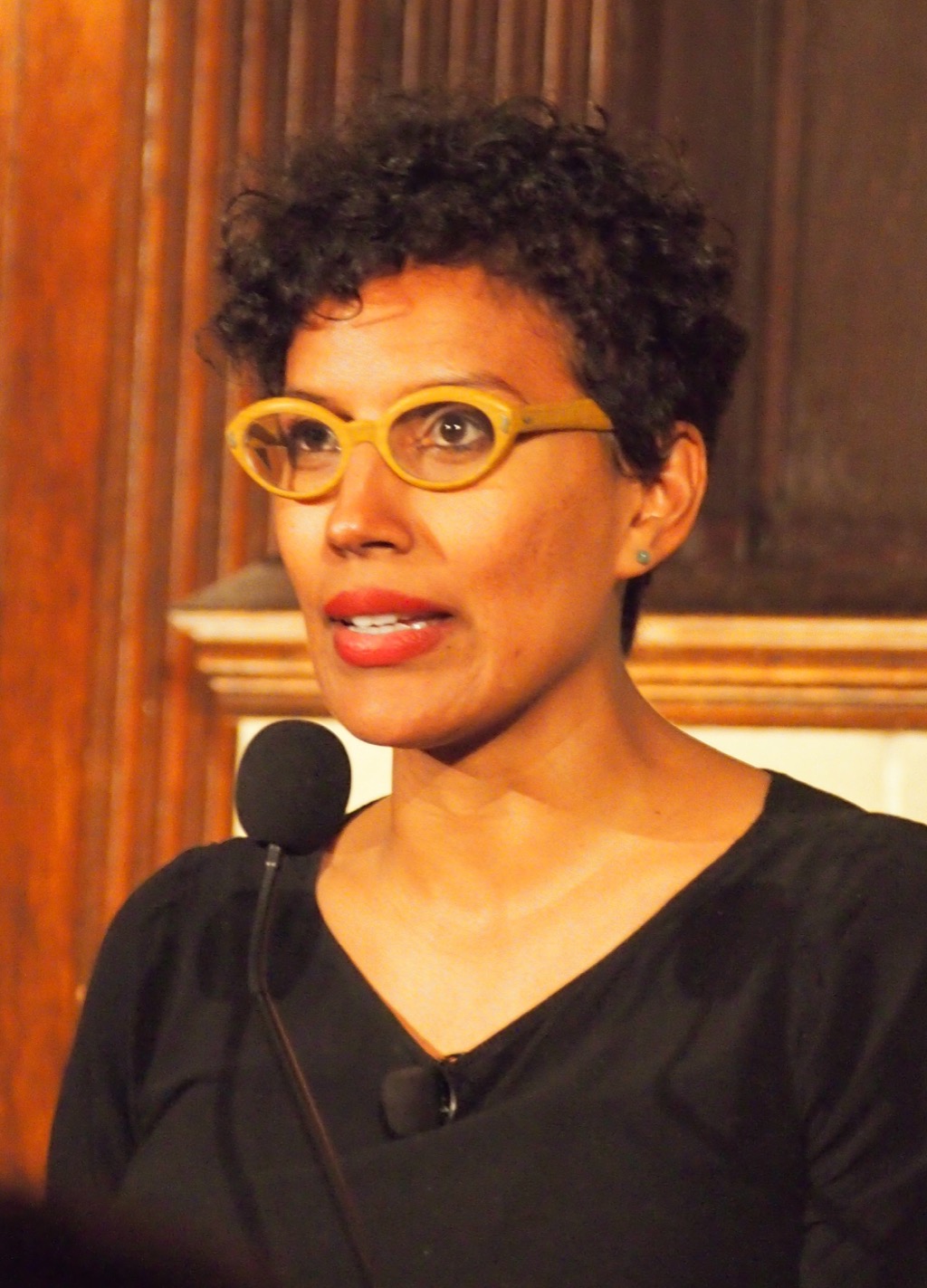 Aracelis Girmay was a finalist for the National Book Critics Circle award and won the Whiting Award for poetry. She has also received a National Endowment for the Arts fellowship.  This poem is from her book Kingdom Animalia, which honors family and ancestors with elegiac poems.

"Last night, all night / the dream, the dead / mother, my small sister, / tiny, her mouth
over my shoulder / (screaming) like a knapsack / when she heard the news, / & my brother / playing / the stereo. I howled / like the coyotes; myself." — from "The Dream." 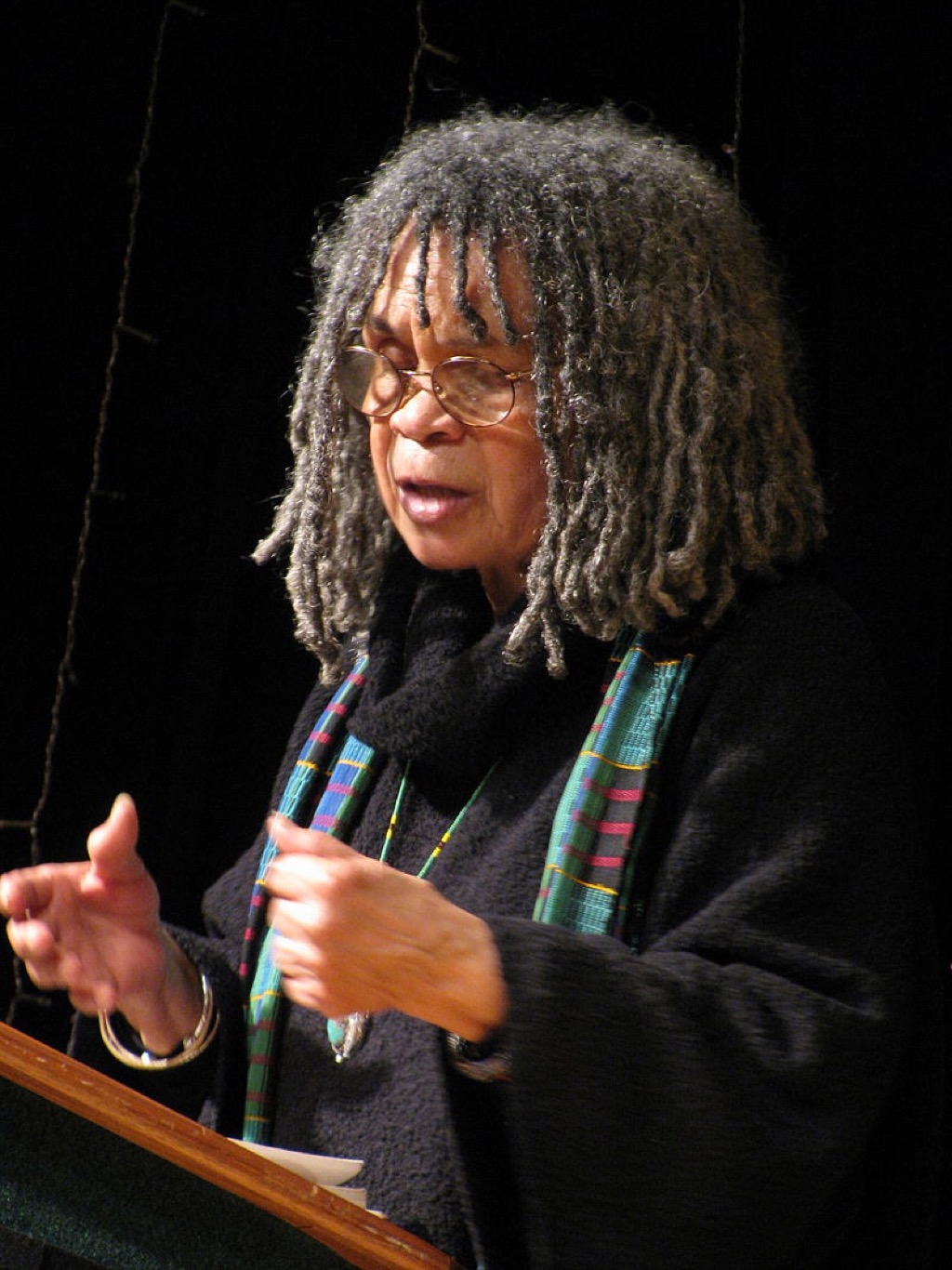 Sonia Sanchez was a leader of the Black Studies movement. She is a recipient of the Robert Frost Medal for her poetry. She was active in the Civil Rights Movement and a member of the Congress for Racial Equality. She is the subject of documentary BaddDDD Sonia Sanchez.

Tina Chang is the first female Poet Laureate of Brooklyn. She was born in Oklahoma to Chinese immigrants. A year later, she and her family moved to Queens.

"This is a story about a girl who ran, / all night she ran after the wolf, aimed / at its hind legs, / then stood above it, / and shot it between the eyes, skinned / it until the soul of the / animal departed / from this world. Then the meat stopped / pulsing, then it shined with all / its delicate / possibilities." — from "Wild Invention." 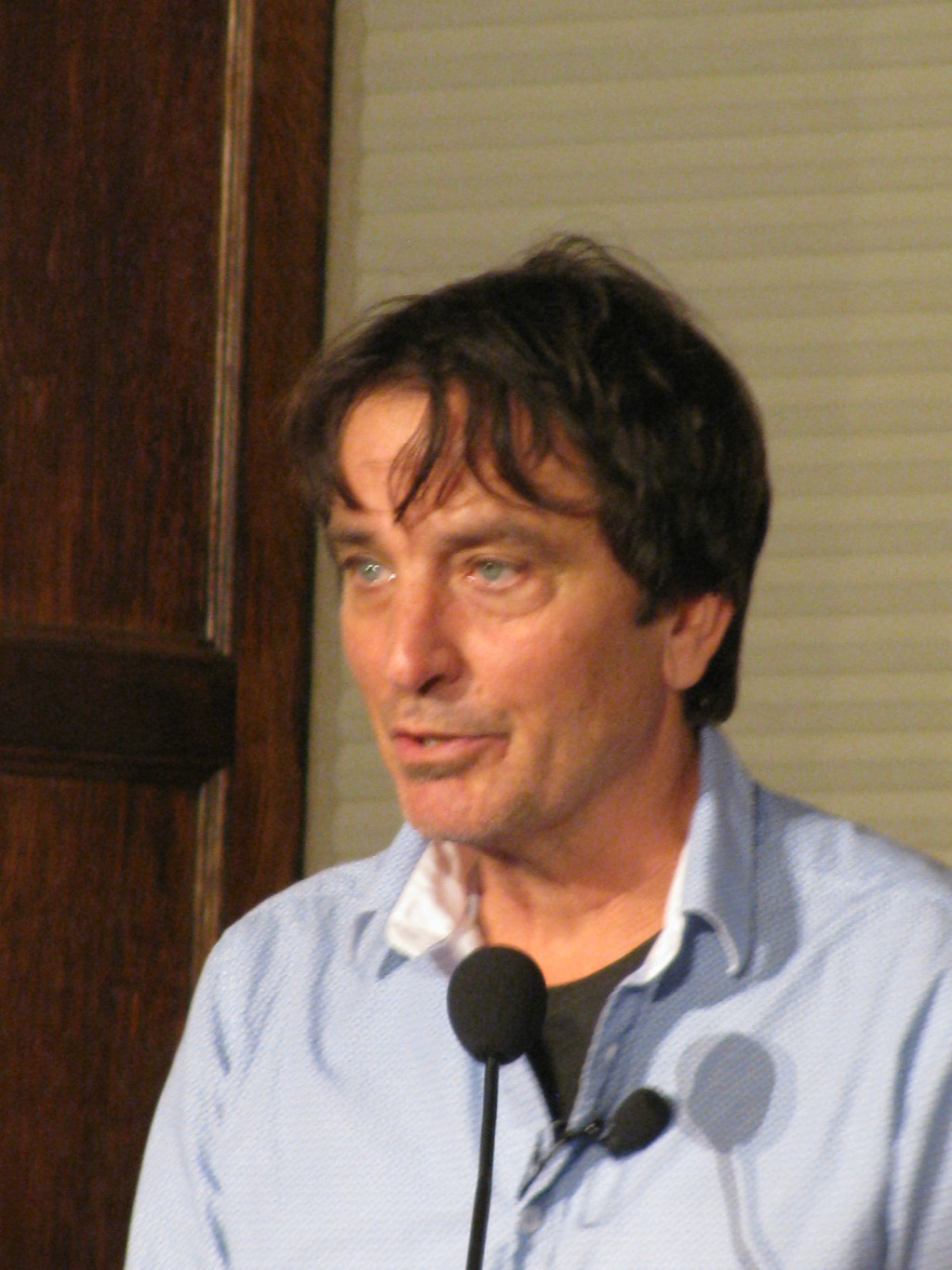 Nick Flynn won the PEN/Joyce Osterweil Prize for Poetry and was a finalist for the Los Angeles Times Book Prize. His memoir inspired the film Being Flynn, starring Robert DeNiro, Julianne Moore, and Paul Dano.

"Children under, say, ten, shouldn't know / that the universe is ever-expanding, / inexorably pushing into the vacuum, galaxies / swallowed by galaxies, whole / solar systems collapsing, all of it / acted out in silence." — from "Cartoon Physics, part 1."

Claudia Rankine is a Chancellor of the American Academy of Poets and a current MacArthur fellow who has won the National Book Critics Circle Award and a PEN Open Book Award, among others. In 2017, she founded the Racial Imaginary Institute.

"Some years there exists a wanting to escape— / you, floating above your certain ache— / still the ache coexists. / Call that the immanent you— / You are you even before you/grow into understanding you / are not anyone, worthless, / not worth you." — from "Citizen." 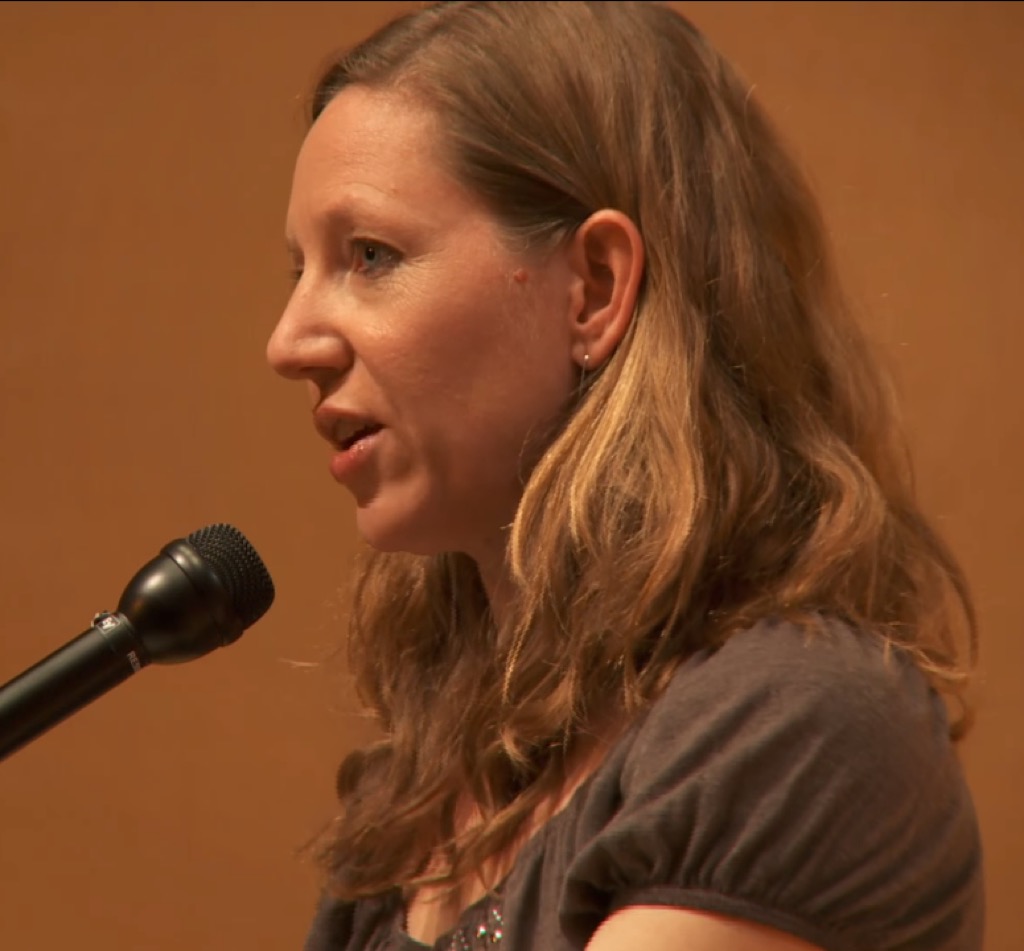 Maggie Nelson's many accomplishments include fellowships from the MacArthur Foundation and the Guggenheim. Her work is autobiographical, with elements of criticism and philosophy.

"The spirit of Jane / lives on in you, / my mother says / trying to describe / who I am. I feel like the girl / in the late-night movie / who gazes up in horror / at the portrait of / her freaky ancestor / as she realizes / they wear the same / gaudy pendant" — from "Spirit."

Susan Howe is a member of the Academy of the Arts and Sciences and a recipient of the Robert Frost Medal. Her interdisciplinary work crosses genres, although it is sometimes classified as Language writing.

"on the deep / the heaving sea / a watcher stands / to see her ship / winging away / Thick noises / merge in moonlight / dark ripples / dissolving / and / defining / spheres / and / snares" — from "Cabbage Gardens." 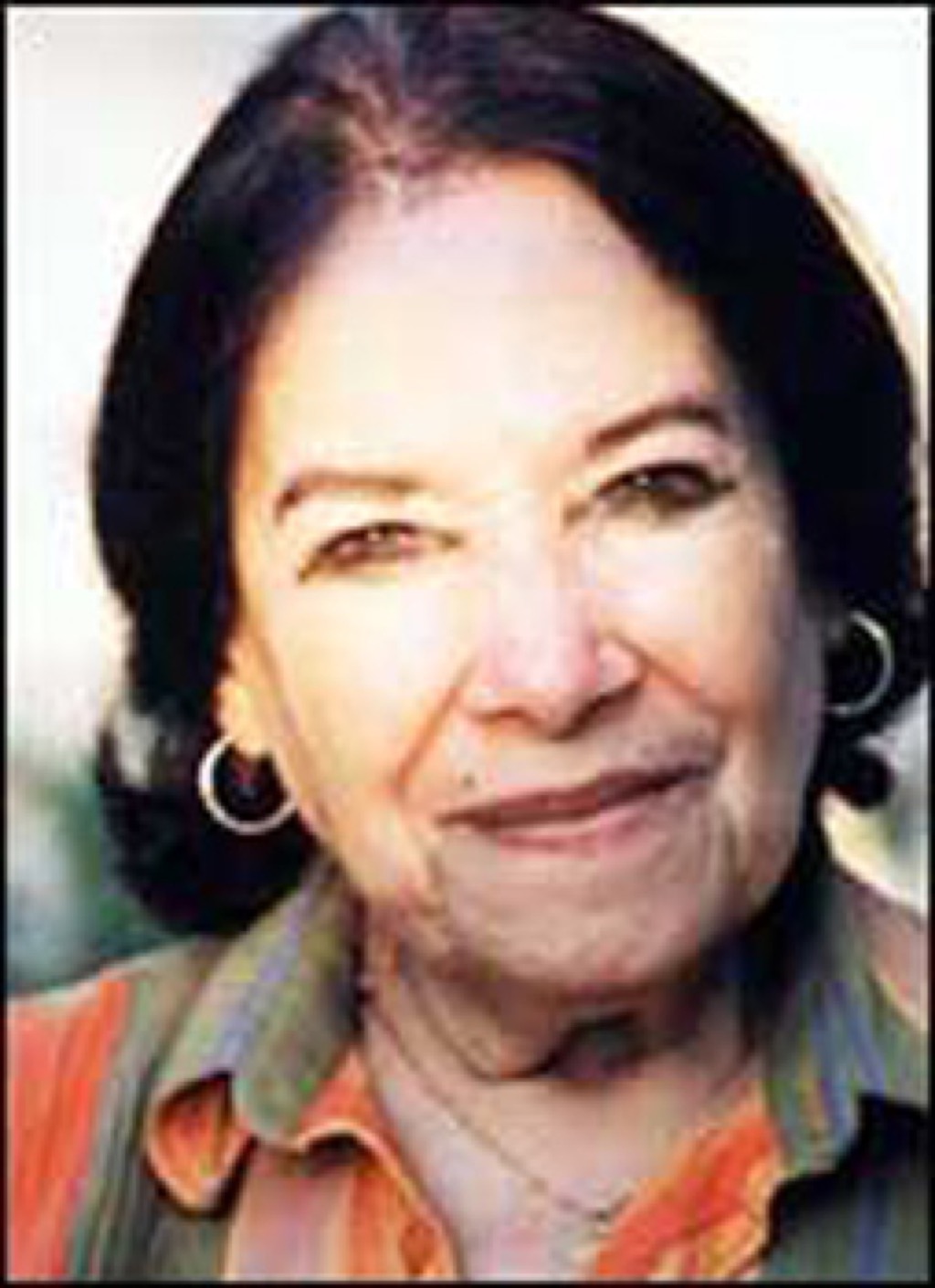 Fadwa Tuqan was a Palestinian who wrote poems about resistance to the Israeli occupation. She is a well-regarded figure in modern Arab literature. She died during the Second Intifada, while her hometown was under siege.

Naomi Shihab Nye was won four Pushcart Prizes and the Robert Creely Award, among other accolades. The similarities and differences between cultures is a common theme in her writing.

"In college, people were always breaking up. / We broke up in parking lots, / beside fountains. / Two people broke up / across a table from me / at the library. / I could not sit at that table again / though I did not know them." — from "Bees Were Better."ae0fcc31ae342fd3a1346ebb1f342fcb 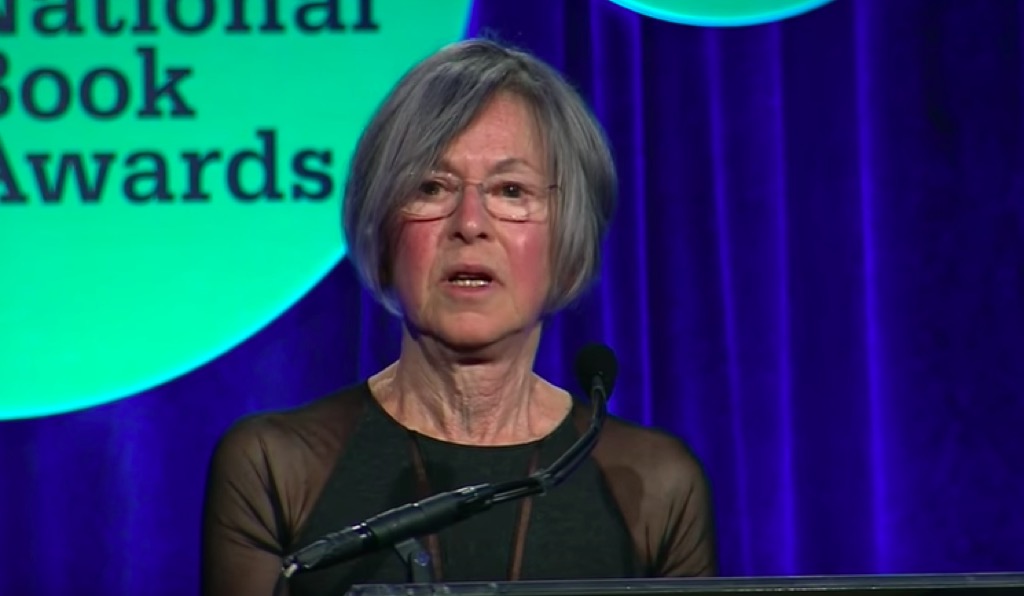 Louise Glück was Poet Laureate Consult in Poetry to the Library of Congress and has won the National Book Award for Poetry. Her work frequently covers topics including loneliness, divorce, death, and family. She currently teaches at Yale.

"Even now this landscape is assembling. / The hills darken. The oxen /sleep in their blue yoke, / the fields having been / picked clean, the sheaves / bound evenly and piled at the / roadside / among cinquefoil, as the toothed moon rises" — from "All Hallows." 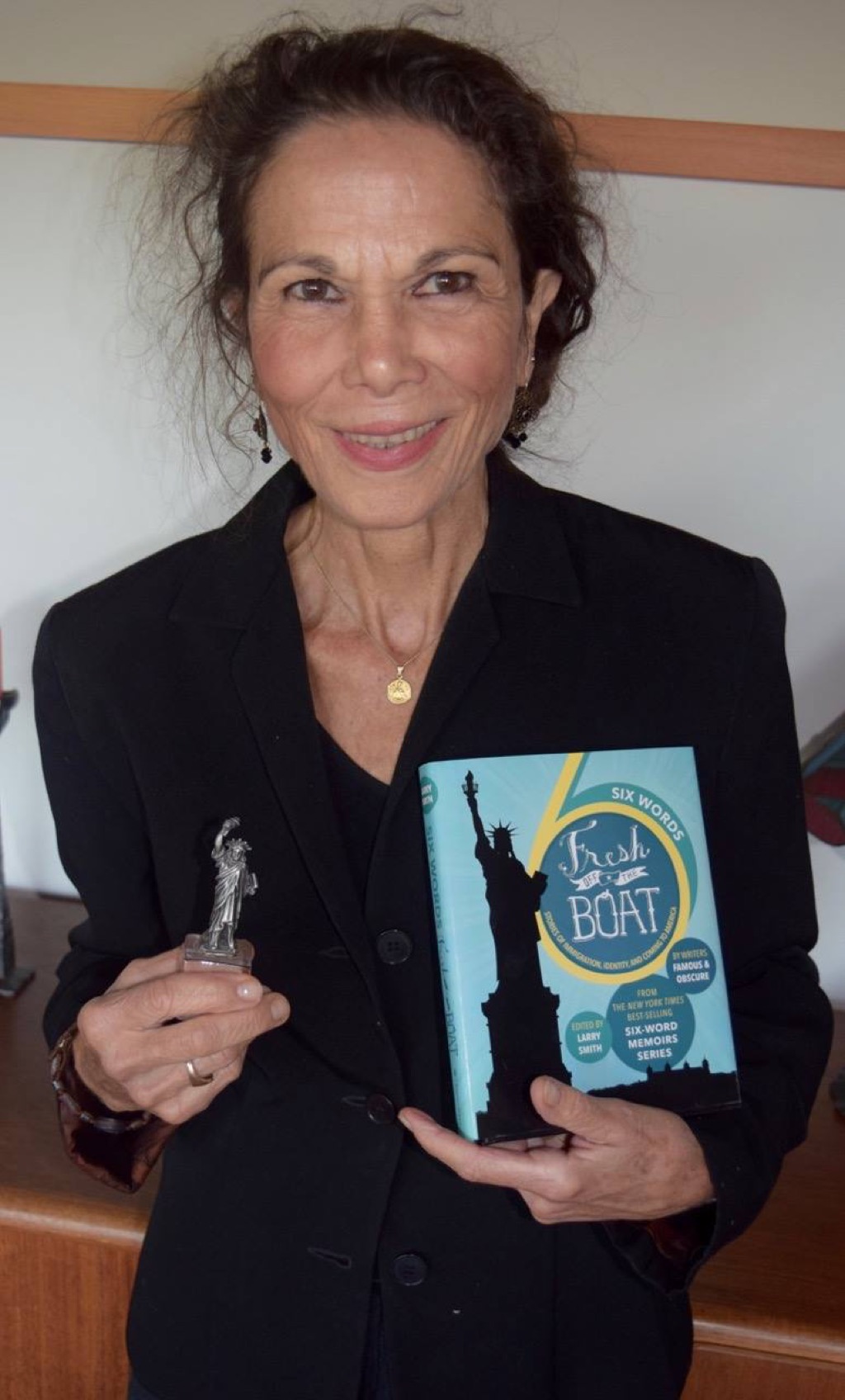 Julia Alvarez writes poetry, in addition to her well known novels How the Garcia Girls Lost Their Accent and In the Time of the Butterflies, which was adapted into a 2001 film of the same name. Her Dominican American identity is a central part of most of her work.

"My husband has given away my hairbands /in my dream to the young women he works with, / my black velvet, my mauve, my patent leather one, / the olive band with the magenta rose / whose paper petals crumple in the drawer, / the flowered crepe, the felt with a rickrack / of vines, the twined mock-tortoise shells." — from "Hairbands."

Want to keep adding to your "to-read" list? Check out 40 Books Every Man Over 40 Should Have on His Bookshelf.