Maggie Sajak has a new job with the long-running game show.

Pat Sajak has hosted Wheel of Fortune for 40 years, so it's the only job his children have ever seen him in. And now one of them is joining the show herself. Pat's daughter, Maggie Sajak, was recently hired to the Wheel of Fortune team as the show's online media consultant. Her mother is Pat's wife, photographer Lesly Brown. The couple also have a 30-year-old son, Patrick Sajak.

Maggie's new job was announced (as reported by Deadline) along with some other changes that will go into effect for the show's upcoming 39th season in its current format. (The show has existed in some form since 1975.) The 26-year-old will become better known to Wheel of Fortune fans with her new job, but she's been in the public eye before. She also has a music career, once took over Vanna White's role on Wheel of Fortune as the letter-revealer, and modeled some denim looks for Teen Vogue. Read on to find out more about Maggie and her new gig.

Maggie will interact with fans on social media.

According to Deadline, as online media consultant, Maggie will be a social correspondent for Wheel of Fortune's Instagram, Twitter, Facebook, TikTok, and website. "I'm excited about the opportunity to bring an insider's look at the show with new behind-the-scenes features, interviews, videos and insights," Maggie said in a statement on the show's website. "The Wheel of Fortune staff and crew have always been like an extended family, and I'm thrilled to be working with them." 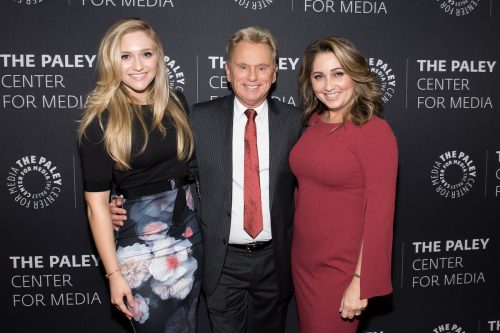 Maggie's bio on the website notes that she is currently in law school after graduating from a post-graduate program at Columbia University and attending undergrad at Princeton University. At one point, Maggie was pre-med at Princeton, but she's now made the switch to law.

And she's a singer.

Maggie is a country music singer. As a teen, she released a single called "First Kiss" in 2011 and another single, "Wild Boy", in 2013. "First Kiss" was featured on the CMT reality series Sweet Home Alabama.

"I've always wanted to be a singer," Maggie told CMT in 2013. "But I also always dreamed of being a doctor, and Princeton was my dream school. So I thought I'd lay the ground work for med school while I'm in college."

She also shared that her parents' love of the genre influenced her. "Since I was little, my parents listened to a lot of country," she told CMT. "My dad lived in Nashville for a while, and he appreciates older country. And my mom loves Faith Hill and Martina McBride. I appreciate the older music, and new artists like Luke Bryan and Carrie Underwood. But I really love the folk singer-songwriters as well. All of that has shaped the kind of music I'm making now."

Her first appearance on Wheel of Fortune was when she was a baby.

When Pat had to undergo intestinal surgery in 2019, White filled in for him and Maggie filled in for White. And that wasn't her first time appearing on the show, either. During her time co-hosting, the show played a clip of Maggie's debut on Wheel of Fortune when she was only a year old. "I'm walking a little better now, and hopefully I'm a little more eloquent than last time," Maggie joked.

Lia Beck
Lia Beck is a writer living in Richmond, Virginia. In addition to Best Life, she has written for Refinery29, Bustle, Hello Giggles, InStyle, and more. Read more
Filed Under
Celebrities • Entertainment • News • TV
Read This Next
Latest News
Read This Next