17 Signs You're a Passive-Aggressive Person

Sounds like that's working out real well for you...

We've all thought about leaving sticky notes around the house or office with comments like, "Has anybody here ever heard of washing dishes?" The question is: have you ever actually followed through with this? If so, you've at least engaged in passive-aggressive behavior. Yes, avoiding direct confrontation and implementing a satisfying power move is something we all indulge in from time to time, but for others, it's a way of life. Thing is, passive-aggressive people often aren't aware of the fact that it's their way of life.

In other words: you could be one of these people. (Gasp!)

As the year ends and the time for self-reflection begins, it's time to look in the mirror and see once and for all if you are, in fact, a passive-aggressive person. To that end, we spoke to experts and identified some surefire signs to look out for when making your analysis. Good luck. We guess…

1
You still aren't satisfied after coming to a resolution.

"Since passive aggressive people don't express what they need, you will often end up with a resolution that doesn't really satisfy them," says Lucio Buffalmano, psychologist, social skills coach and founder of ThePowerMoves.com. So, even after an issue has been resolved, the vicious cycle continues, as the passive-aggressive person is still unhappy and unwilling to admit it, and continues to lash out as a result. Can you relate to this? If so, you've got some soul searching to do!

2
You're a people pleaser. 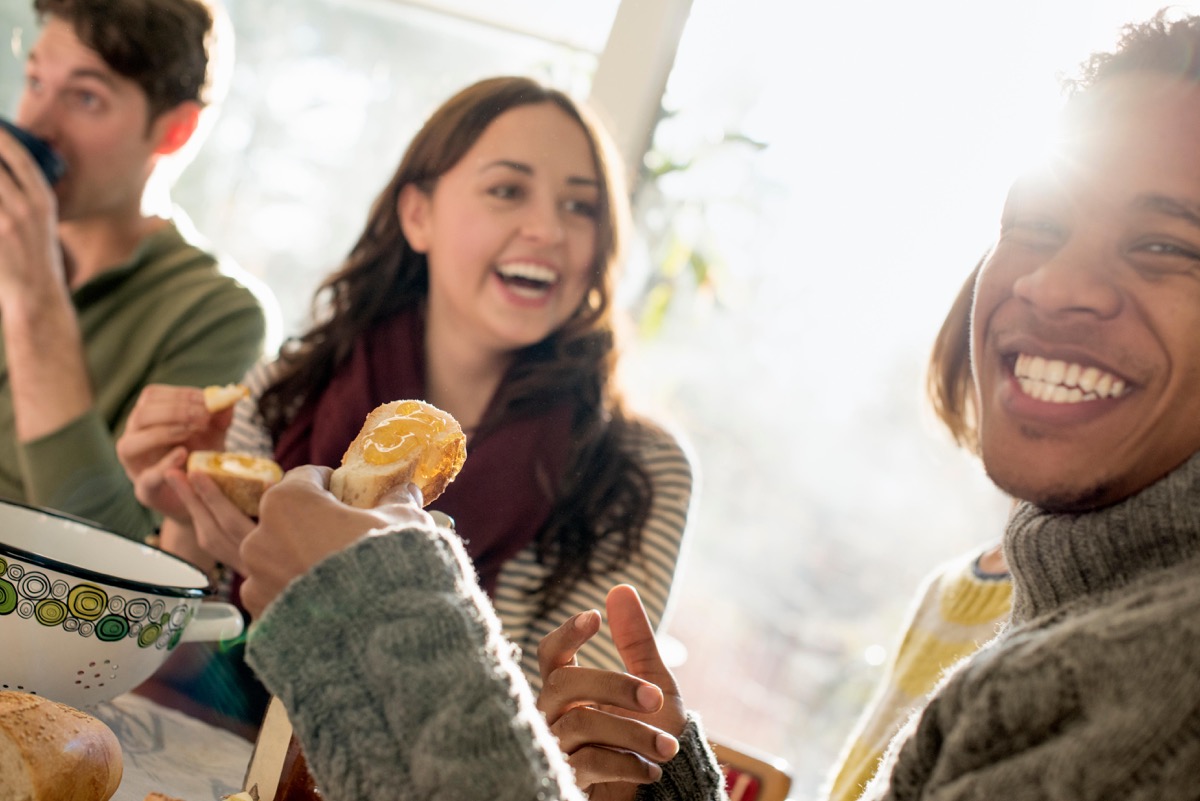 Clinical psychologist and certified life coach Dr. Cali Estes explains it like this: "[Passive-aggressive people] contemplate, 'How can I get through this situation without offending anyone, and how can I get out of the situation with everyone still liking me?'" Of course, the catch-22 here is that your aggression—even if given out passively—will likely still offend people.

3
You're fluent in sarcasm. 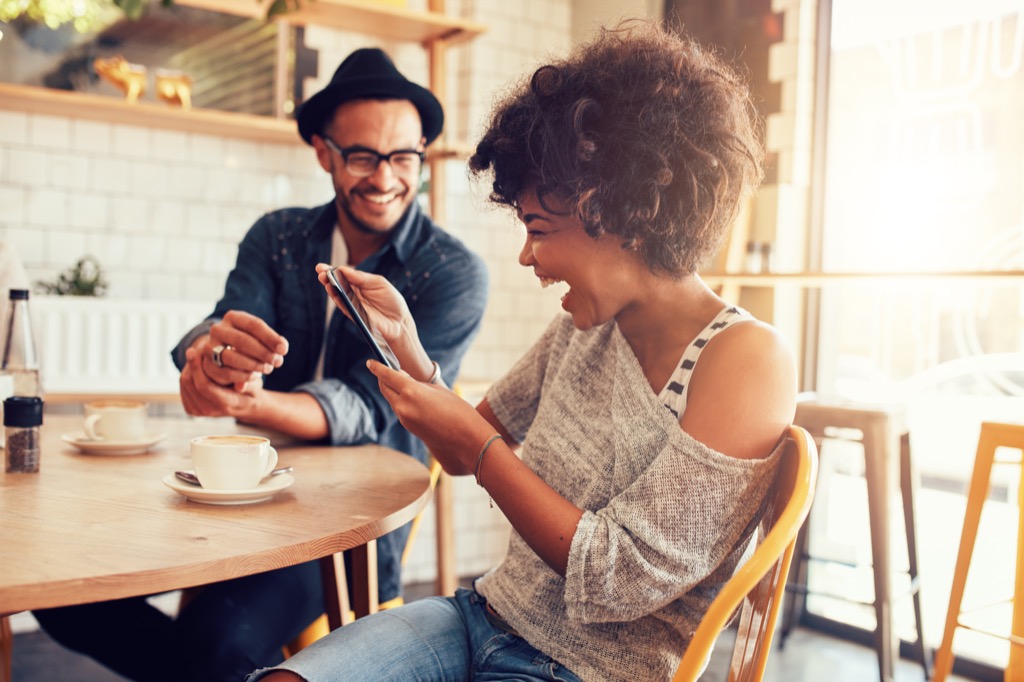 Using humor to mask how you're really feeling is classic passive-aggressive behavior. Further, it's a way to deflect any sort of criticism that may come from whomever was the butt of your joke.

"Passive-aggressive people make sure that they become the victim of a misunderstanding, instead of the perpetrator of a mental jab against their target," says Sheri Sutherland creator of Your Bliss Guide here at Tranquility Soul Spa. If you use sarcasm to diffuse your hostility, but then claim it wasn't meant to be taken seriously when someone takes offense ("Jeez, it was just a joke…"), well, we've got news for you. And no, it's not good news.

If and when someone asks you to do something or to be somewhere and you say yes out of guilt, even though you really don't want to, you may want to look inward and see if you move forward passive-aggressively. You may intentionally not follow through, and even convince yourself that it wasn't really on purpose.

"When you don't want to go someplace, you somehow end up being late," explains licensed clinical psychologist Nicole Issa. If showing up late to a thing you never wanted to attend because "the trains were horrible" or "traffic was so backed up," when really, you left your apartment thirty minutes after you already said you did, you may have a problem.

5
You're specific and manipulative with your emotional punishments.

"Once a passive aggressive is resentful towards you—and it happens often because they won't tell you what's bothering them—they will start secretly undermining you," says Buffalmano. Let's say you're mad at someone for cancelling plans on you, and instead of telling them that you're upset, you decide you'll simply "get back at them" by purposefully cancelling plans next time you make them together. That right there is some major passive-aggressive handiwork at play, friend.

6
You dish out backhanded compliments.

So, what exactly is a backhanded compliment? It's a term we hear thrown around a lot, but few may know its true definition. The folks at Psychology Today explain it with this example: "A colleague may pretend to give you a compliment, yet when you get a chance to think about it, you realize it's really an insult in disguise."

This is a passive-aggressive person's way of expressing distaste, while remaining "friendly" enough to avoid a fight. If you find that you maneuver your way around heated arguments by masking your put-downs with courtesies, it's time to start addressing exactly what you mean by those comments.

7
You downplay personal statements or requests.

In simple terms, passive-aggressive people are afraid, ashamed, and unwilling to express themselves. So, when they do work up the courage to do so, they make sure to preface what they're about to say with something that will make it seem less significant. For example, Julie Williamson, a licensed professional counselor, notes that you can catch yourself being passive-aggressive by asking yourself if you are qualifying your requests with things like, "This is so silly, but…"

8
You've got all the hot gossip.

Talking smack behind someone's back is a great way to vent about your frustration without having to directly confront that person. Issa notes that passive-aggressive people "might tell someone about something that someone else did that upset them, in order to indirectly communicate to them that they should behave differently." In this case, your subconscious hope is that the person you're gossiping with will tell the person you're upset, relieving you from the responsibility of doing so yourself.

If reading this made you feel like you were back in middle school when things were communicated by so-and-so telling so-and-so, who then told so-and-so, that's because this kind of passive-aggressive behavior is incredibly immature. Let's leave it to the middle schoolers, yeah?

9
You enjoy being left alone at work.

Receiving feedback—particularly criticism—is a nightmare for a passive-aggressive person. Confrontation is being delivered right to their doorstep, and they aren't in the driver's seat. Dr. Estes says that passive-aggressive individuals prefer to be in work situations where they aren't "policed," so they can steer clear of any harsh feedback. If you prefer to go unsupervised while working, mainly due to anxiety about being reprimanded for doing something wrong, you be may more passive-aggressive than you realize.

10
You have a habit of talking under your breath.

If you mutter things to yourself and someone just happens to hear what you said, they can't hold it against you, right? Wrong. But, if you're a passive-aggressive person you'll likely try to deflect or deny the comment you just whispered. "You will say something under your breath and then, if asked about it, you will insist it is 'not a big deal,'" says Issa. The question here is: are you muttering things that are only meant for yourself, or are you secretly hoping someone will hear what you said?

It's the worst two-word text message you can receive from someone: "It's fine." Pretty much everyone knows that "It's fine" means the polar opposite. However, if you are passive-aggressive to the core, stating feelings that are obviously false is your go-to. People who are passive-aggressive in nature tend to dangle this unspoken truth over people's heads, even when their culprits ask for reassurance.

"If you ask them if they are angry, they will push back and say that, 'No, I'm not angry,'" says Buffalmano. If you will die on the hill of insisting that everything is "fine" when it's clearly not, you may be utilizing more shady power plays than you thought.

12
You're unaware that you're a passive aggressive person.

Of course, intent rarely matches outcome. Making a passive-aggressive comment can hurt just as much as a blunt one, and ultimately will lead to a less productive solution. So, while you may not realize that you're being passive-aggressive, you're simultaneously unaware of the damage you're causing.

13
You love the silent treatment.

We've all been on one side of the silent treatment at one point or another. (And if you haven't, here's what it is: If someone is upset, they purposefully and inexplicably cease communication as a means of informing a party that, yes, they're upset.) But if you're a passive-aggressive person, the silent treatment is among the most-used weapons in your arsenal; you frequently express dissatisfaction through silence in an attempt to get what you want from someone. Whether or not it works, however, is another story entirely.

Williamson says that if you have passive aggressive tendencies, you'll likely "ask leading questions in hopes that others will read your mind." Asking leading questions in hopes of getting a specific answer is a tactic sometimes used by lawyers or law enforcement when trying to incriminate someone. But, if you're using this method in order to avoid telling people what you want from them, you're likely less of a detective and more of a passive-aggressive person trying to avoid making a direct request from someone.

15
You're afraid of asking for what you want or need.

Forms of open communications—like asking for a raise, or expressing dissatisfaction with a partner—can be a challenge for anyone. But some people are so paralyzed by the idea of burdening someone with their requests that they resort to subtly hinting, hoping the other party will pick up on queues and figure things out themselves. (Yeah. Good luck. If you don't ask for something outright, then you don't have to feel guilty for being selfish or a nuisance.)

However, things get tricky when the plan backfires and the person you were sprinkling clues in front of just doesn't figure out what you're trying to convey. Then, you may feel angry. "Anger is often an easier emotion to allow ourselves to feel than guilt because feeling angry makes us feel we have some sense of control, and that we have a 'right' to feel that way because of what someone else did or didn't do," explains Williamson. Being passive-aggressive may seem like an easy way out of asking for things, but ultimately it won't lead to satisfaction.

16
You keep your friends close, and your enemies closer.

Being nice to someone you dislike may seem polite, but if you're doing it to avoid addressing the qualms you have with them, this kind of behavior is passive-aggressive. Also, no one likes a fake person. Best to ditch this habit regardless. Be civil, but don't pretend to like someone you hate.

"If you are a passive aggressive, you'll often feel angry and frustrated at everyone in your orbit. You perceive the world as out to get you," says Katie Ziskind, a Holistic Marriage and Family Therapist. This is especially true when others don't pick up on aggression you're doling out passively. You'll likely feel hurt that people don't "get" you and can't figure out what you're trying to relay. It's you, a passive-aggressive person, against the world. And if you're looking to work toward self-improvement, check out these 23 Things To Let Go of to Be Happy in 2019.