The products are the latest additions to the growing list being built by the grocery store chain.

Getting to the grocery store to find that the item you need is out of stock is becoming more of a reality in COVID-era life. To give supply chains a little more flexibility and some time to recover, some retailers are putting in new rules to prevent the panic buying that emptied shelves throughout the pandemic. Now, Publix has announced that it will begin limiting how much customers can buy of six additional items in their inventory. Read on to see which products have been added to the growing customer quota list.

RELATED: Walgreens Customers Are Outraged at the Pharmacy Chain for Doing This.

Publix announced it's limiting the sale of additional items as the holidays approach.

On Dec. 8, Publix announced that it would be limiting the sale of six more items in all of its 1,289 stores across seven states, effective immediately, reports Jacksonville, Florida NBC affiliate WTLV. Similar to previous product restrictions set by the supermarket chain, the rules prohibit customers from buying more than two of each item on the list.

The grocer appears to be limiting certain seasonal essentials as the holidays approach. The new products include coconut flakes; dairy whipping cream; half & half creamers; frozen pie shells; frozen hashbrowns; and canola, vegetable, and corn oil.

The items are part of a growing list of products the supermarket is regulating.

The product limit announcement comes weeks after Publix said it would be restricting the sale of certain items in the run-up to Thanksgiving. At the time, certain holiday meal essentials, including canned cranberry sauce, jarred gravy, and canned pie filling were added to the list.

For more consumer alerts sent right to your inbox, sign up for our daily newsletter.

A representative from Publix says the items will be restricted indefinitely.

While the holiday season may put extra pressure on grocery stores to stock certain items, Publix says it may not necessarily drop the restrictions once the season has passed. "The limits are for all stores in our seven-state operating area," a representative for Publix said in an earlier statement to WTLV. "There is not a set time determined for these limits, and the list can change to include more items or remove items."ae0fcc31ae342fd3a1346ebb1f342fcb

The supermarket chain is likely trying to prevent products from going out of stock. 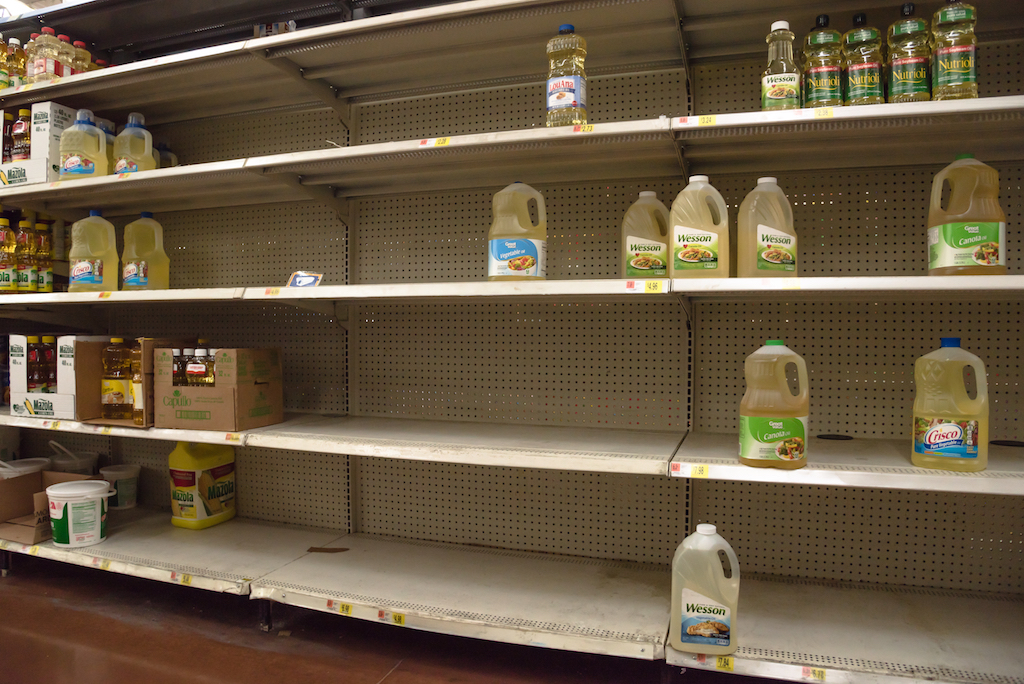 According to Maria Brous, director of communications for Publix, the company began enacting the limits in November due to the bottlenecking of now all too familiar supply chain issues with the high demand shopping requirements of the holiday season. But some experts speculate the company may have learned its lesson from the past year and a half.

"I believe that there is still enough supply for demand for those products. However, we have seen panic buying within the public, and I believe that Publix is just trying to be cautious," Seckin Ozkul, PhD, director of the Supply Chain Innovation Lab at the USF Muma College of Business, told local Tampa Bay NBC affiliate WFLA in November. "I believe it's a good idea just to basically send a message of 'just buy what you need and don't necessarily buy somebody else's.'"

RELATED: Publix and Target are Pulling These 9 Popular Foods from Stores.

Zachary Mack
Zach is a freelance writer specializing in beer, wine, food, spirits, and travel. He is based in Manhattan. Read more
Filed Under
Food • Holidays • News • Shopping
Read This Next
Latest News
Read This Next