The journalist opened up about her five-year relationship with Brooks Perlin.

Katie Couric is revealing some of her deepest feelings in her new book, Going There, available Oct. 26—and she's not sugar-coating her experiences. In the buzzed-about tell-all, she opens up about her "dangerous" eating disorder, explains the real reason why she left the Today show, and characterizes the anchor she replaced in terms that "stunned" Deborah Norville. In a media blitz aimed at promoting the book, Couric is revealing even more eyebrow-raising details, including juicy morsels about her love life. Read on to find out what she said in a recent interview about her relationship with a much younger man.

Following the death of her first husband, during a time when she was experiencing professional challenges, Couric met Brooks Perlin, an entrepreneur, at a fundraiser for cancer research. It was 2006 and he was 17 years her junior.

Getting involved with him represented an atypical course for the usually buttoned-up journalist, she explained in an interview with People. "I had a really fun time. He's a really good person," she said. "You know, I'd never done anything particularly scandalous. I've always been kind of goody two-shoes and sort of between the lines."

Couric's relationship with Perlin represented an attitude shift for her.

With Perlin, Couric let herself live a little outside the box, she explains; it was a time to try to have some fun to soften the intensity of her ongoing challenges at work. "I think it was during a time where I was really struggling professionally, and I think I had just a real 'screw it' attitude. Like, I'm going to have a good time. And that's what I did," she told People. "I didn't think it was a forever thing, because he is 17 years younger than I am, but it was fun being a little naughty!"

The couple dated for five years.

Although Couric might never have viewed the relationship as having "forever" potential, it definitely had some staying power nevertheless. The pair dated for five years, finally ending their relationship at the end of 2011. Back then, The Hollywood Reporter cited a friend of Couric's who said "the split was inevitable," noting the pair were "at different stages in their careers."

RELATED: For more celeb news delivered straight to your inbox, sign up for our daily newsletter. 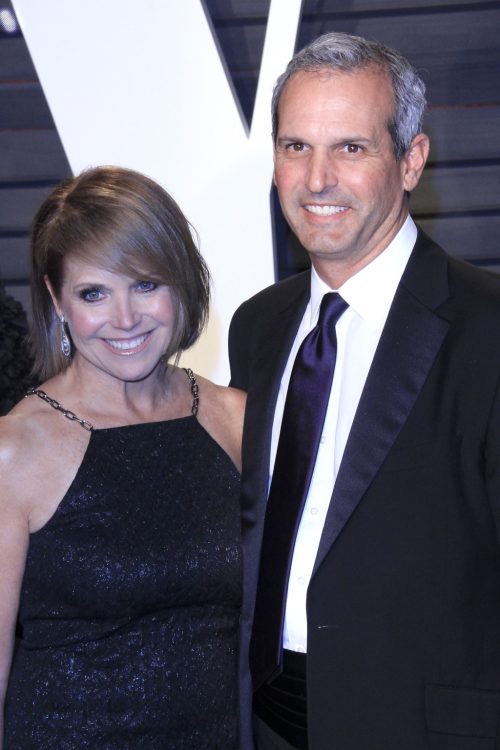 Couric's first husband Jay Monahan died in 1998 from colon cancer at the age of 42. She had two daughters from this marriage, now aged 30 and 25. In 2013, she found that forever kind of love again with her now-husband John Molner. The pair wed at Couric's house in the Hamptons in 2014.

"It took me a long time [to remarry], because I loved being married and I love being married now," Couric told People in 2018. "And I'm not a solitary person. I like company. And John is so funny. He's just got this incredibly dry and wry sense of humor, and he doesn't take himself too seriously. And he's just fun to be around."

RELATED: 17 Celebrity Women Who Have Much Younger Partners.