The head of the world's second largest airline says the future of travel will look different.

There's no question that COVID-19 has changed how we travel over the past year and a half. But as the world moves towards putting the pandemic behind us, experts are already looking towards the future and predicting how boarding a plane will be different once life becomes relatively normal again. And according to Delta Airlines CEO Ed Bastian, one major change is coming to flying that will affect every traveler in the coming years. Read on to see what the airline industry's new course looks like.

Bastian says that travel is "going to cost us all more" as airlines deal with climate change.

During an interview with the BBC, Bastian predicted that the fight against climate change meant flights would soon become more expensive. In doing its part to reduce its footprint, the world's second-largest airline has already begun spending $30 million a year to offset its carbon output, making the company carbon neutral as of March 2020.

The airline will step up that number in the coming years, spending more than $1 billion in the coming decade to cancel out all of its emissions by investing in fuel-efficient planes, sustainable aviation fuels (SAFs), and removing carbon from the atmosphere, the BBC reports. "Over time, it's going to cost us all more, but it's the right approach that we must take," the CEO said.

Studies forecast ticket costs to increase by 10 to 20 percent in the near future.

Bastian's comments come on the heels of the COP26 climate change summit in Glasgow, Scotland, during which world leaders recommitted to reducing carbon emissions to limit global warming temperatures 1.5 degrees Celsius above pre-industrial levels. But while industry leaders may have already begun remodeling airlines to function in more eco-friendly ways, experts warn that the actual cost of change is far greater than what is currently allotted for in budgets.

According to Andreas Schafer, PhD, professor of energy and transport at University College London, retooling the airline industry to have net-zero carbon emissions will "cost trillions rather than billions of dollars." Research conducted by his team has found that this would force most carriers to increase ticket prices by 10 to 20 percent.

"In the short-term, government support will be needed with those costs as decarbonizing aviation will be extremely challenging, and current efforts will need to be scaled up dramatically," Schafer told the BBC.

RELATED: United Airlines Will No Longer Fly to These 11 Cities, Starting Nov. 30.

Critics of the changes say the only solution to reduced emissions is fewer flights in the skies.

While the ambitious changes being made have garnered attention, critics claim that the moves do little in the face of an industry that is set to see the number of annual passenger flights skyrocket from a pre-pandemic level of 4.5 billion to 10 billion by 2050, according to the International Air Transport Association (IATA). Instead, they argue that the only way to ensure goals be met is to keep planes on the ground and find alternate transportation methods.

"This announcement is full of scams like offsetting and excessive optimism on so-called 'sustainable aviation fuels' and future aircraft designs," Klara Maria Schenk, a climate and transport campaigner with Greenpeace, said in a statement. "But it lacks the one thing that's needed to deliver the goal of limiting temperature rise to 1.5 [degrees Celsius], which is tangible action to prioritize green travel and reduce flights."

Bastian says the pandemic was an opportunity for the airline industry to "invest in our future." 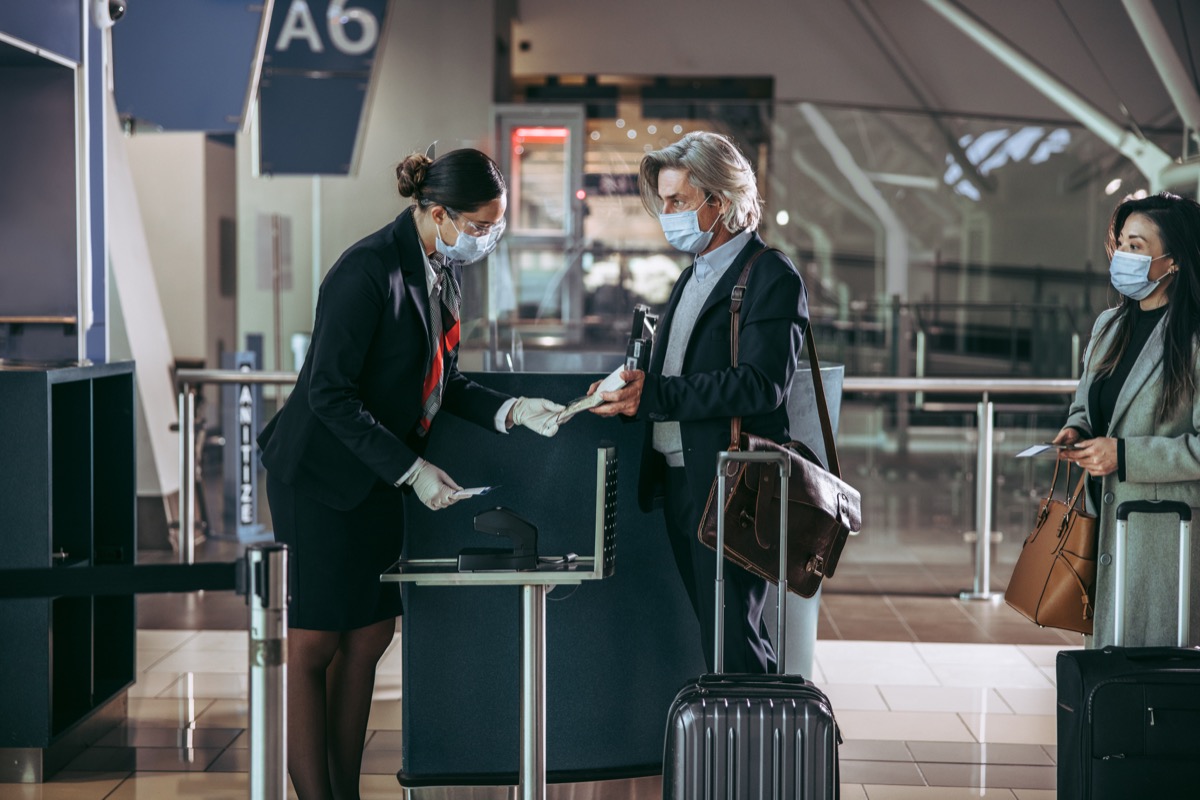 While flights are still below the levels they were before COVID-19 disruptions, Bastian is optimistic that seats will fill up again as the world returns to normal. "All forms of travel are on the way back," he told the BBC, saying that both business and personal travel were seeing growth. "Families are the part of the traveling public that we're most happy to see, because there's been some really difficult stories over time of families not being able to connect for long [periods]."

But even as passenger numbers rebound, Bastian reiterated that the global travel slowdown brought on by the pandemic allowed for a much-needed "opportunity to invest in our future." He hopes that the recent return of international travelers to the U.S. can further help the company stabilize as it continues to make changes for the future.

RELATED: The CDC Just Banned You From Bringing This on Flights.

Zachary Mack
Zach is a freelance writer specializing in beer, wine, food, spirits, and travel. He is based in Manhattan. Read more
Filed Under
Defining Moments • News • Travel Advice
Read This Next
Latest News
Read This Next