Get your credit card ready to book these new airline routes.

If you've dreamed of visiting some of the world's must-see, faraway destinations—but the thought of endless flights and countless layovers put you off—we've got news for you. A slew of exciting flight routes departing from airports across America are debuting in 2020, and their arrival will make it so much easier for you to visit places that until now felt too far away. So pack your bags and keep your passport handy, because here you'll find the year's most anticipated new airline routes.

On October 29, the first-ever nonstop flight from New York City to New Zealand will take off, inaugurating a thrice-weekly route onboard Air New Zealand. This direct flight will cut down the total travel time by about three hours and avoid those nasty long layovers in Los Angeles. Now, it'll take 17.5 hours leaving from Newark (compared to 21, previously) and 15.5 hours returning from Auckland.

Beginning on June 1, Lufthansa will fly its new Airbus A350 nonstop between Seattle and Munich six days a week, making the German city SeaTac's 29th international destination. Meanwhile, Detroit is also getting a new flight to Munich via Lufthansa, which departs five times a week. The route will be inaugurated on May 4.

When Qantas opens its route between Chicago and Brisbane—the U.S. city's first nonstop flight to Australia—it'll break the record as the fourth-longest flight in the world. Starting April 20, there will be four weekly flights on Boeing 787 Dreamliners. The trip will take about 17.5 hours westbound and 16 hours eastbound.

Looking for a little slice of la dolce vita? Pack your bags for this island off the southern tip of Italy. United is debuting new transatlantic flight routes from Newark, New Jersey, to Palermo, Sicily, in May. It will operate seasonally, so make sure to book your summer vacation now.

Pro tip: Rent a car in Palermo and drive along the northern coast to Cefalù, a picturesque beach town with a 12th-century cathedral, or head to the medieval mountaintop village of Castelbuono.

March 29 marks two huge milestones for Austrian Airlines. The carrier will debut the first ever nonstop flight between Boston and Vienna, and it will be the airline's first time operating out of this New England airport. The route will be on board a Boeing 767 aircraft.

The first nonstop flight route from the United States to New Zealand's South Island will debut in October via American Airlines, connecting Los Angeles and Christchurch three times a week on Boeing 787 Dreamliners. Although the 13-hour journey sounds long, it's a vast improvement from having to stop in Auckland on the North Island first.

Crystalline coves. Colorful promenades. French bistros serving fresh seafood. Who wouldn't want to escape to the Côte d'Azur? Now, thanks to United's new seasonal route to Nice (starting in May), you can experience the French Riviera all for yourself. Bon voyage! 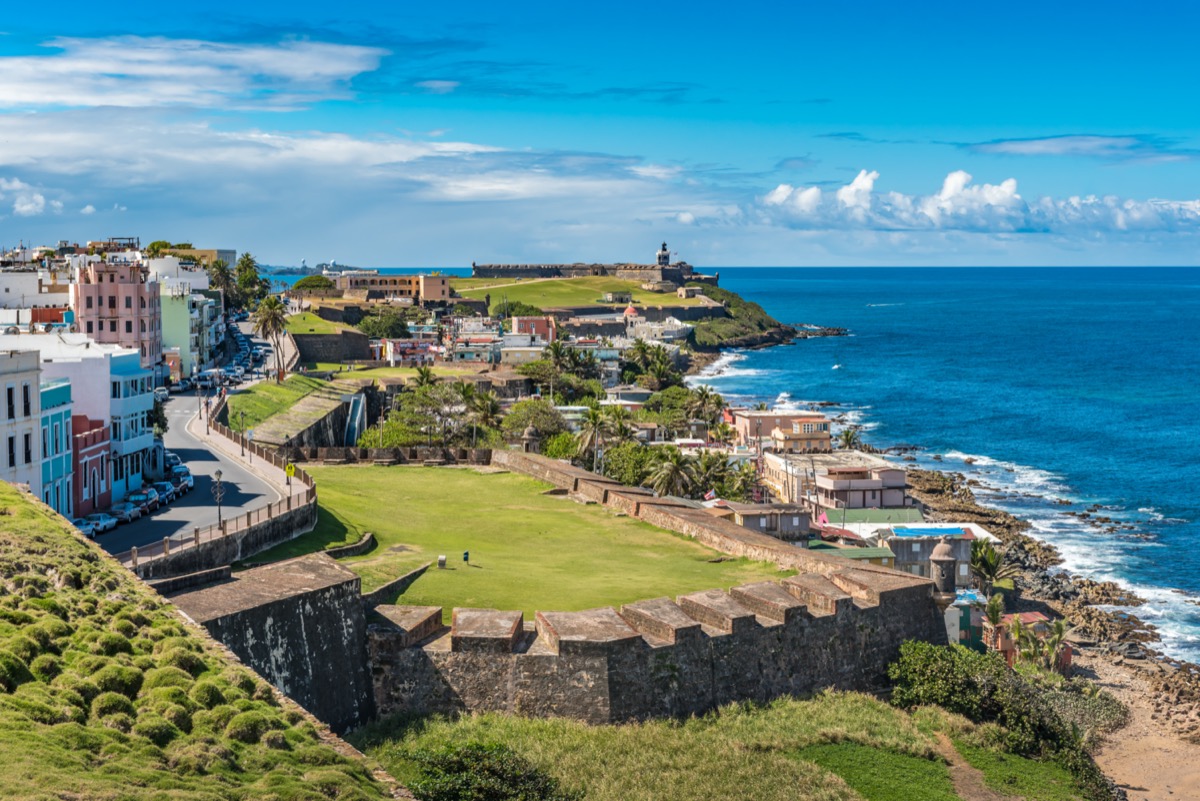 If you're looking to save some cash on your next Caribbean getaway, this is your chance. Baltimore is getting a new budget-airline route to San Juan, Puerto Rico thanks to Frontier, which will start flying between the two cities on April 23. The carrier will also open new routes to Miami and San Salvador, El Salvador, in April and June, respectively.

Low-cost airline Norwegian will inaugurate a seasonal route between Austin and Paris' Charles de Gaulle on May 6, flying thrice weekly. It'll be the fifth transatlantic route from the Texas capital, marking another exciting entryway to Europe.

On June 5, American Airlines will become the first U.S. carrier to fly nonstop to Casablanca, Morocco. The route will depart from Philadelphia on Boeing 757 aircrafts. The picturesque port city features a beautiful blend of French and Moroccan cultures. Take in the Art Deco architecture while wandering the alleys and stay in a luxurious Moorish-style riad.

The Colosseum. Trevi fountain. The Spanish steps. All of Rome's top sights are in reach thanks to an exciting route from Massachusetts' capital city. Starting May 21, Delta will offer a daily nonstop flight from Boston to Rome aboard an Airbus A330. Note: This route is seasonal and only available during the summer.

Georgetown is considered the gateway to Guyana, a small country bordering Brazil and Venezuela. From the capital, you can explore the beaches in the northern region or the tropical rainforests in the south. Both JetBlue and Eastern Airlines will launch nonstop flights between New York and Georgetown, the former in April and the latter on March 5. The best part? The journey only takes five hours.

Texan travelers, rejoice! Starting May 4, Dutch airline KLM will start flying three times a week between Austin and Amsterdam via an Airbus A330. This spring debut is perfectly timed for Holland's tulip season and the blooming trees along Amsterdam's tranquil canals.

Though Southwest already flies from Houston to Cancun, the budget airline is debuting a nonstop flight to neighboring Cozumel on March 7. The Mexican island, located directly across from Playa del Carmen, is a world-class dive site. Strap on your scuba gear and swim around the vibrant Mesoamerican Reef or the Chankanaab marine park.

Delta is upping its U.K. game from Boston, starting up a route not only to Manchester, but also to London's Gatwick Airport (LGW), both in May this year. Both routes will be flown on Boeing 767s.

On February 1, JetBlue inaugurated its first nonstop flight between New York's John F. Kennedy International Airport and the French Caribbean island of Guadeloupe. It's the only airline to fly the route after Norwegian Air ended service last year.

We won't blame you if you've never heard of Eurowings. The German budget airline hasn't had a strong presence in America, but that's all about to change with the launch of its nonstop flight between Orlando and Munich. Beginning April 7, the carrier will depart the Floridian city three times a week on Airbus A330s.

Eurowings will launch a nonstop flight between Phoenix, Arizona, and Frankfurt, Germany, on April 29. It'll fly five times a week through November aboard A330s.

Portugal's flagship airline is inaugurating a new route between Montreal and its capital city on May 23. It will be serviced six days a week on Airbus A321LRs. Once you arrive in Lisbon, ride the iconic cable cars past blue-tile cathedrals and pastel-colored shops.

Virgin Atlantic is debuting its first route to South America on March 29, connecting London and São Paulo. The service will initially run every other day before transitioning into daily flights in June.  The flight will last roughly 12 hours and will be aboard Boeing 787 Dreamliners.