15 Secrets Your Mail Carrier Won't Tell You About Their Job

Postal employees from around the country share the secrets of the service.

Delivering everything from the bills collecting dust on your kitchen table to the Amazon packages you can't wait to tear into, mail carriers provide an essential service that few homes or businesses could operate without. But, aside from the occasional chitchat, many people don't know much about what it's like to be a mail carrier.

It's a shame, because the job is vastly more interesting than you probably ever thought. With that in mind, here are the secrets mail carriers won't tell you, which may just change the way you think of these unsung heroes who don't let anything stand between you and your online orders.

You may think your dog is a perfect angel, but your mail carrier has been around the block, so to speak. "I've been chased by dogs—German shepherd, [pit bulls], mutts, etc.," says Reddit user and postal employee @Biggal1017. "[I] once sprayed a jack russell terrier. Felt bad, but rules are rules."

While being a mail carrier doesn't lead to great wealth, it is a job that pays a living wage. According to recent estimates on the job site Indeed, the average wage of a carrier in the U.S. is $17.36 an hour. However, carriers can make a maximum of $28 an hour, which translates to an annual salary of just under $60,000 before taxes, according to mail carrier and Reddit user @Marpl.

While it's tempting to slip your mail carrier a few bucks to show your appreciation around the holidays, this is against the rules of the U.S. Postal Service. "Cash and cash equivalents, such as checks or gift cards that can be exchanged for cash, must never be accepted in any amount," the USPS says.

4
But other types of gifts are allowed.

While you can't give them cash, there are other ways to show your appreciation. According to USPS regulations, mail carriers may accept gifts from customers as long as they are of a value no greater than $20.

Better yet, offer them a snack or some water when they come by your house. "Some of my kindest customers hand me a cold water on the hottest of days," says Reddit user @meliaskaj, a mail carrier in New England. "It's not expected at all, just really appreciated."

As you can probably imagine, mail carriers see some interesting things being shipped to and from people's homes. But live animals? That's a head scratcher.

6
As well as illegal drugs

Yes, people do send drugs through the mail with shocking regularity, says Reddit user @_Postmaster_ in reference to all the marijuana he's seen mailed during his time with the USPS. And yes, it's still a crime.

7
And the remains of loved ones

"I just want to get it out in the open that, yes, you can mail cremated human remains," says Reddit user @beetnemesis. Enough said.

If you don't want to make things weird between you and your mail carrier, it's probably best to put on some clothes before you answer the door.

Reddit user @CaffeineTripp recalls being greeted by an attractive customer in nothing but a towel, while @meliskaj says she's often invited into customers' homes. "I receive CONSTANT propositions," she says. "One guy—81 years old—rose from his motorized cart one day and surprised me with his strength by locking me in a hug and kissing me." 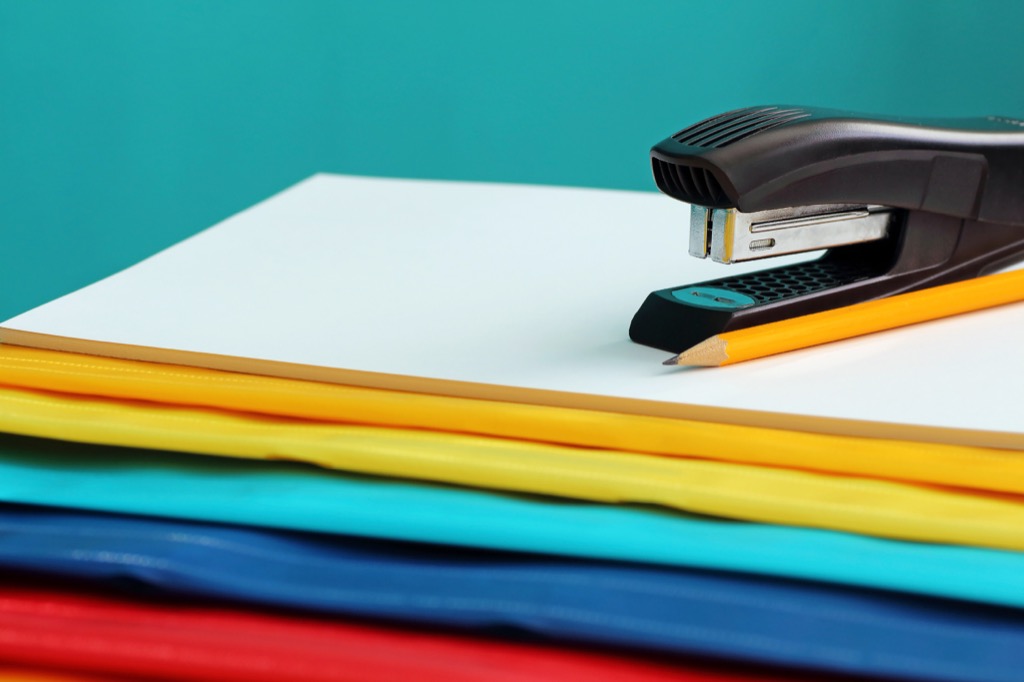 Unless you want to physically scar your mail carrier, avoid sealing envelopes and packages with staples.

"Don't put staples in envelopes/packaging," says Reddit user @Danny_Mc_71. "They cut the fingers to shreds when the poor post man/woman reaches into the mail sack."

10
And the mail slot on your front door

It might add a certain kind of aesthetic charm to the exterior of your home, but your mail carrier probably doesn't appreciate your front door's mail slot as much as you do. "We can't stand there all day and fiddle around shoving mail in a slot that doesn't fit," says Reddit user @Moderateor. "I hate bending, folding and tearing mail just to get it in your door."

11
They find fliers and coupon books just as annoying as you do.

All those unwanted items that end up in your recycling bin are just as irksome to your mail carrier as they are to you. "We hate junk mail as much or more than you do," says one Reddit user. You'd probably be frustrated spending your day toting around things you know customers will just throw away, too.ae0fcc31ae342fd3a1346ebb1f342fcb

12
Career carriers are on the decline.

"They haven't hired career employees in about 6 years. They are doing 'more with less,'" says @meliskaj. "The routes in my office are longer than they have ever been."

13
Intimidating pets and difficult terrain may deter them from delivering your package.

If you keep getting delivery confirmation notices, but your packages aren't arriving, the postal carrier might not be telling you the whole truth. Reddit user @belovicha21 says that impassible driveways or scary pets may mean your package ends up back at the central office.

"Some postmasters tell us to drop it at the property line regardless, while others tell us to scan it and take it back to the post office," they said.

14
They can request to be transferred anywhere in the U.S.

One of the major benefits of being a mail carrier seems to be the ability to relocate. Want to trade in snowy Syracuse for the beaches of Oahu? Go right ahead. "After a year of being a career [carrier] in my home city, I can request to go to any state," @Marpl says

15
Their routes have gotten longer as mail volume has decreased.

Our increasing use of digital communications is causing quite the predicament for future generations of mail carriers. The postal service is now making career employees work longer routes instead of hiring temps. "With the decline in mail volume, routes are evaluated/timed every few months and adjusted accordingly," @meliskaj says. "As a result, it is very rare to be able to finish early. Most routes in my office are actually over [eight] hours now."

Sarah Crow
Sarah Crow is a senior editor at Eat This, Not That!, where she focuses on celebrity news and health coverage. Read more
Filed Under
Career • Facts
Read This Next
Latest News
Read This Next