Madonna Accused Lady Gaga of "Blatantly Ripping" Her Off

The two stars have been exchanging words in the press for years.

Every influential artist sets the stage for those that come after them, and no one can claim that with more confidence than Madonna. Not only does she have the Guinness World Record for being the bestselling female artist of all time, but she's also made an indelible impact on pop culture with her performances, music videos, style, and just generally being Madonna. Given that the Material Girl has been in the business for decades, it's no surprise that when Lady Gaga came onto the scene with her own hits and provocative public persona, she was instantly compared to the OG. What is a surprise is that the two powerhouses have actually low-key been feuding for years, including Madonna saying that Gaga "blatantly ripped off" one particular song of hers. Read on to learn more about their beef, from times when they've tried to play it off to times that they've subtly called each other out.

READ THIS NEXT: Michael Jackson Said That Prince Was "Mean and Nasty" to Him.

A 2011 Lady Gaga hit drew comparisons to a Madonna classic.

It didn't take long from the time Lady Gaga hit the scene for the comparisons to Madonna to begin. However, the conversation heated up in 2011 when the former released her single "Born This Way"—one that some listeners thought had a lot in common with Madonna's 1989 single, "Express Yourself." Mash-ups of the two tracks appeared online, and the merits of each song were debated. Rolling Stone even went as far to pit the pop singles against each other, determining that "Born This Way" is "actually much better."

Lady Gaga responded to the backlash during a Tonight Show appearance that year, claiming that she had received an email from Madonna giving her blessing to "Born This Way," according to The Hollywood Reporter. Through a representative, however, Madonna denied having sent any such communication. 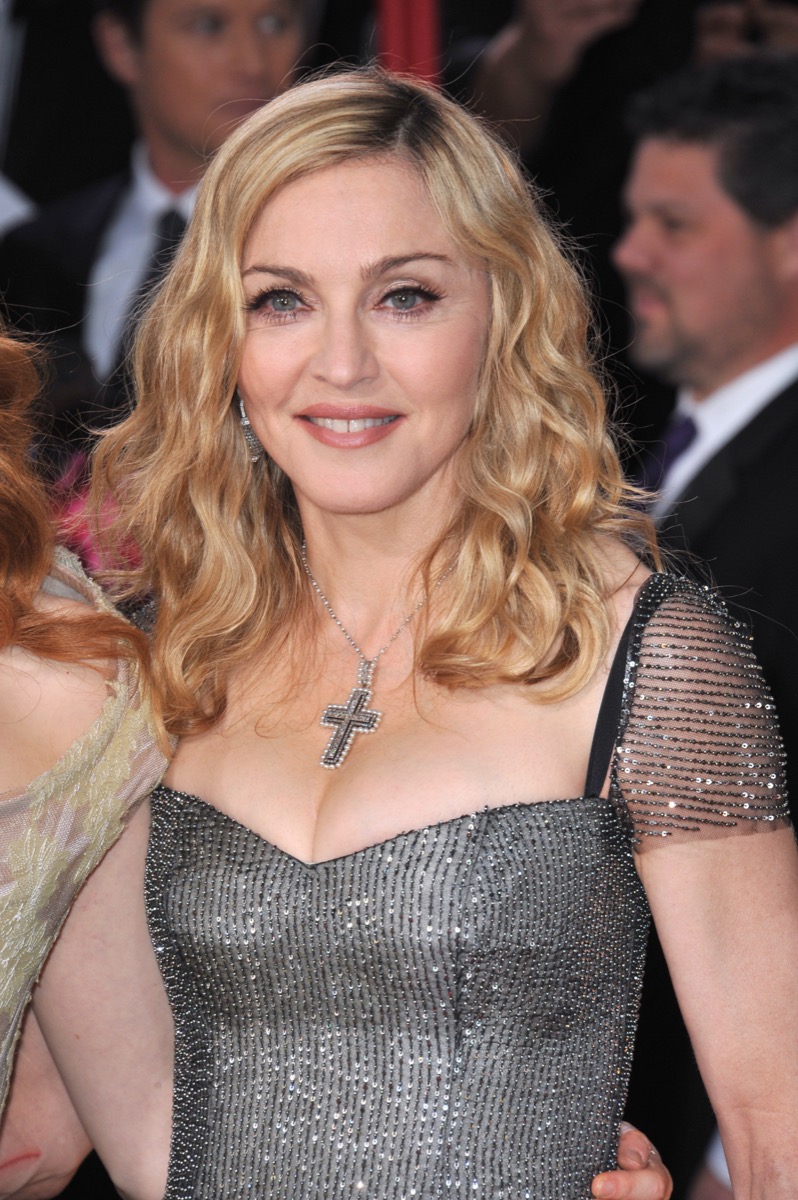 The quiet feud festered on, until 2012, when Madonna appeared on 20/20 and more directly addressed the songs' similarities.

Asked about whether she felt Lady Gaga was cribbing from her catalog, the "Like a Prayer" singer said, "I certainly think she references me a lot in her work. And sometimes I think it's amusing and flattering and well done."

As for "Born This Way," Madonna commented, "When I heard it on the radio …I said that sounds very familiar."

She also said that Lady Gaga's single "felt reductive," though she made sure to praise the other woman as "a very talented artist."

She denied that her issues with Gaga went any further than one song.

Madonna addressed perceptions of an ongoing rivalry with Lady Gaga in a 2015 interview with Rolling Stone.

"The only time I ever criticized Lady Gaga was when I felt like she blatantly ripped off one of my songs. It's got nothing to do with 'she's taking my crown' or 'she's in some space of mine,'" the star said. "She has her thing. I do think she's a very talented singer and songwriter. It was just that one issue."

But that same year, Gaga insinuated that she's a more accomplished, rounded artist than the Queen of Pop. "Madonna and I are very different. Just say, 'We're very different,'" she said in a Beats 1 Radio interview, as reported by Page Six. "I wouldn't make that comparison at all and I don't mean to disrespect Madonna, she's a nice lady, and she's had a fantastic huge career, biggest pop star of all time. But I play a lot of instruments. I write all my own music. I spend hours a day in the studio. I'm a producer. I'm a writer. What I do is different."ae0fcc31ae342fd3a1346ebb1f342fcb

For more celebrity trivia sent right to your inbox, sign up for our daily newsletter.

Lady Gaga criticized Madonna for not coming to her directly.

The younger star opened up about the tension again in her 2017 documentary, Gaga: Five Foot Two.

"So the thing with like me and Madonna, for example, is that I admired her always, and I still admire her no matter what she might think of me," she says to a friend in the film, as reported by Insider. "The only thing that really bothers me about her is that I'm Italian and from New York, you know. So, like, if I've got a problem with somebody I'm gonna [expletive] tell you to your face. But, no matter how much respect I have for her as a performer, I could never wrap my head around the fact that she wouldn't look me in the eye and tell me that I was reductive or whatever."

She goes on, "I saw it on [expletive] TV. Telling me that you think I'm a piece of [expletive] through the media is like, it's like a guy passing me a note through his friend. My buddy thinks you're hot."

Thankfully, the beef seems to have been settled. Gaga had a big night at the 2019 Oscars, winning Best Original Song for "Shallow" and being nominated for Best Actress for her performance in A Star Is Born. Following the ceremony, she hit an afterparty hosted by her former rival Madonna, and the two hugged it out.

Speaking to British Vogue a few months later, Madonna said that the conflict between the two was mostly manufactured by the press. "People got very excited about [the thought of Lady Gaga and myself as] enemies, when we never were enemies," she said.