17 Totally Genius Ways Plants Protect Themselves When Under Attack

You don't need arms or legs to fight off enemies.

Animals have incredible innate strategies for staying safe when there's imminent danger. For example, skunks spray a foul-smelling odor, porcupines put up their quills, and bees sting. But what about plants? Just like mammals and amphibians, they're living things that also come under attack. But without arms or legs, plants have to get crafty when it comes to self-defense. We've rounded up some of the strangest and most genius tactics that plants use protect themselves. 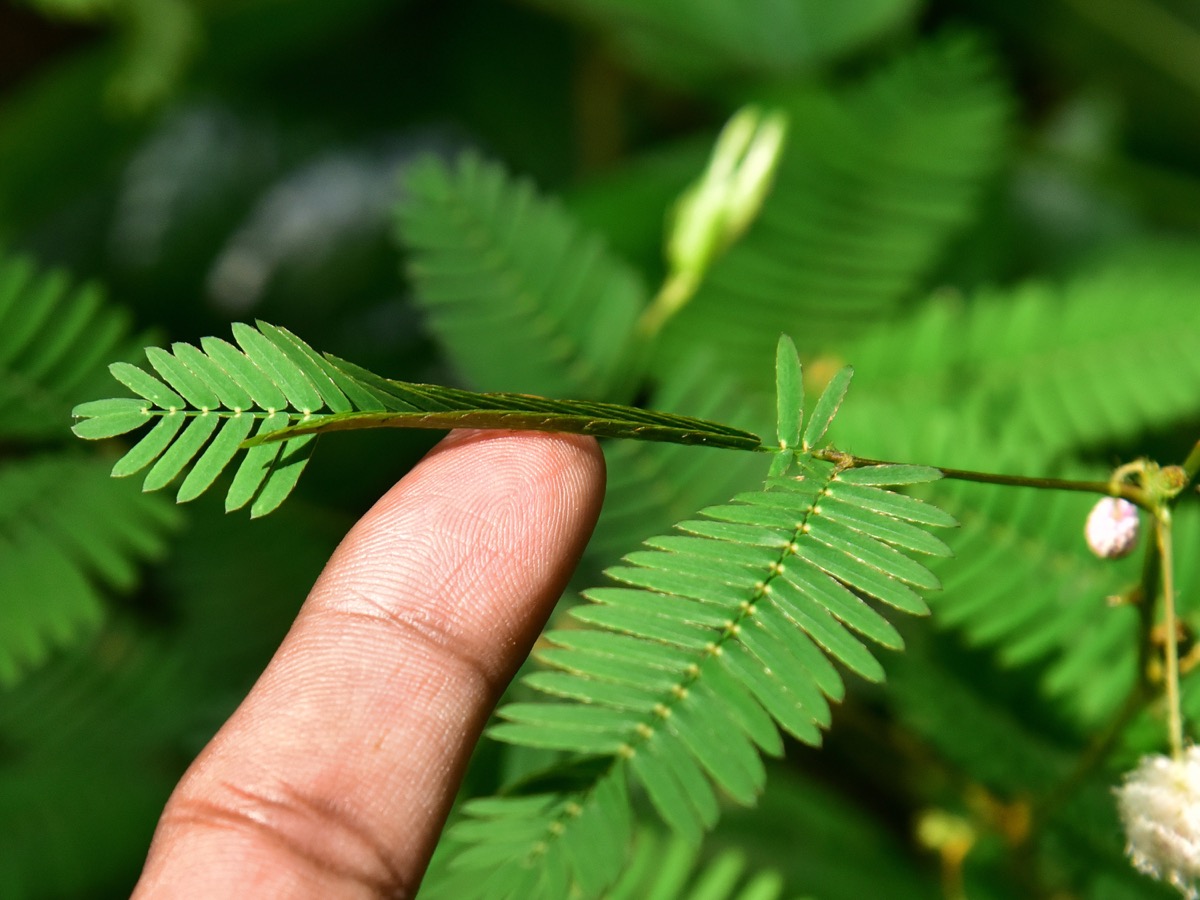 Mimosa pudica, better known as the sensitive plant, is quite cunning and creative when it comes to protecting itself from predators. When the plant is moved in any way, it will fold its leaves inward and droop down in order to appear dead and therefore unpalatable. 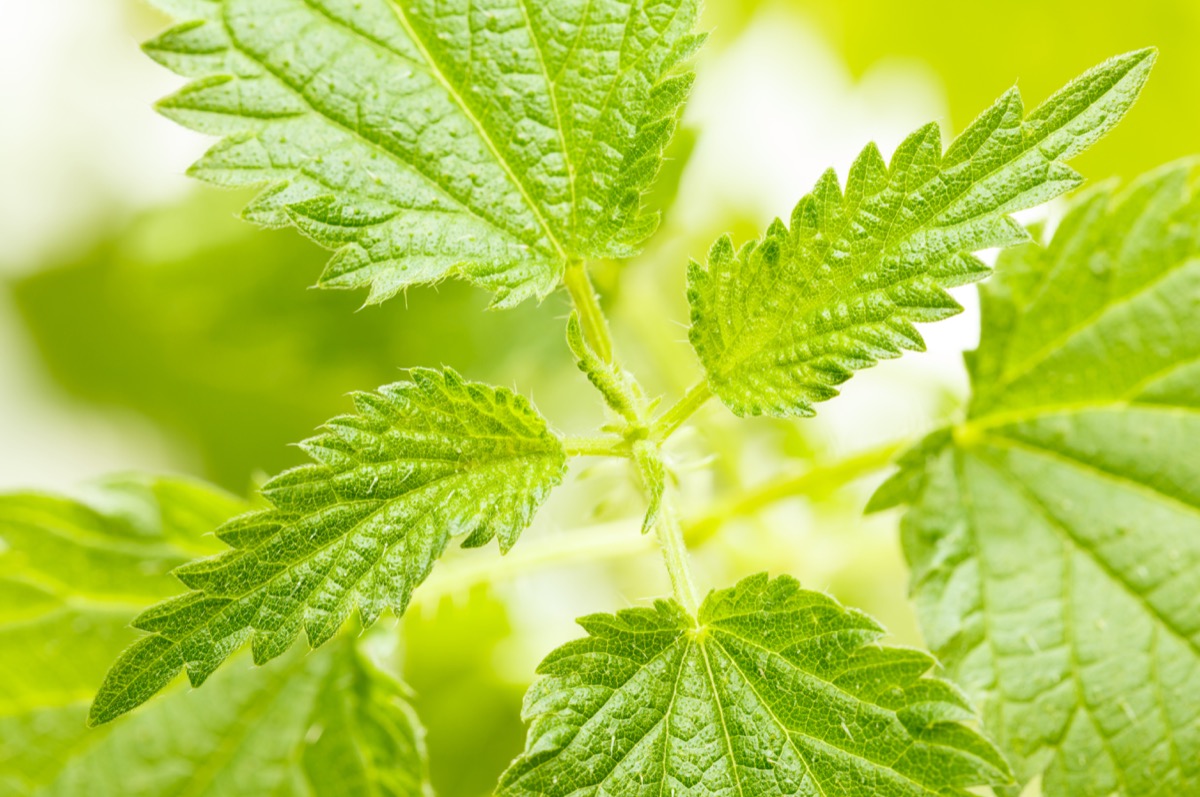 Urtica dioica, or common nettle, is a species of flowering plant defined by its trichomes, AKA stinging hairs. These hollow hairs on the plant's leaves and stems act like needles when something comes too close.

Upon contact, the stinging hairs inject histamine and other chemicals to induce a searing stinging sensation. 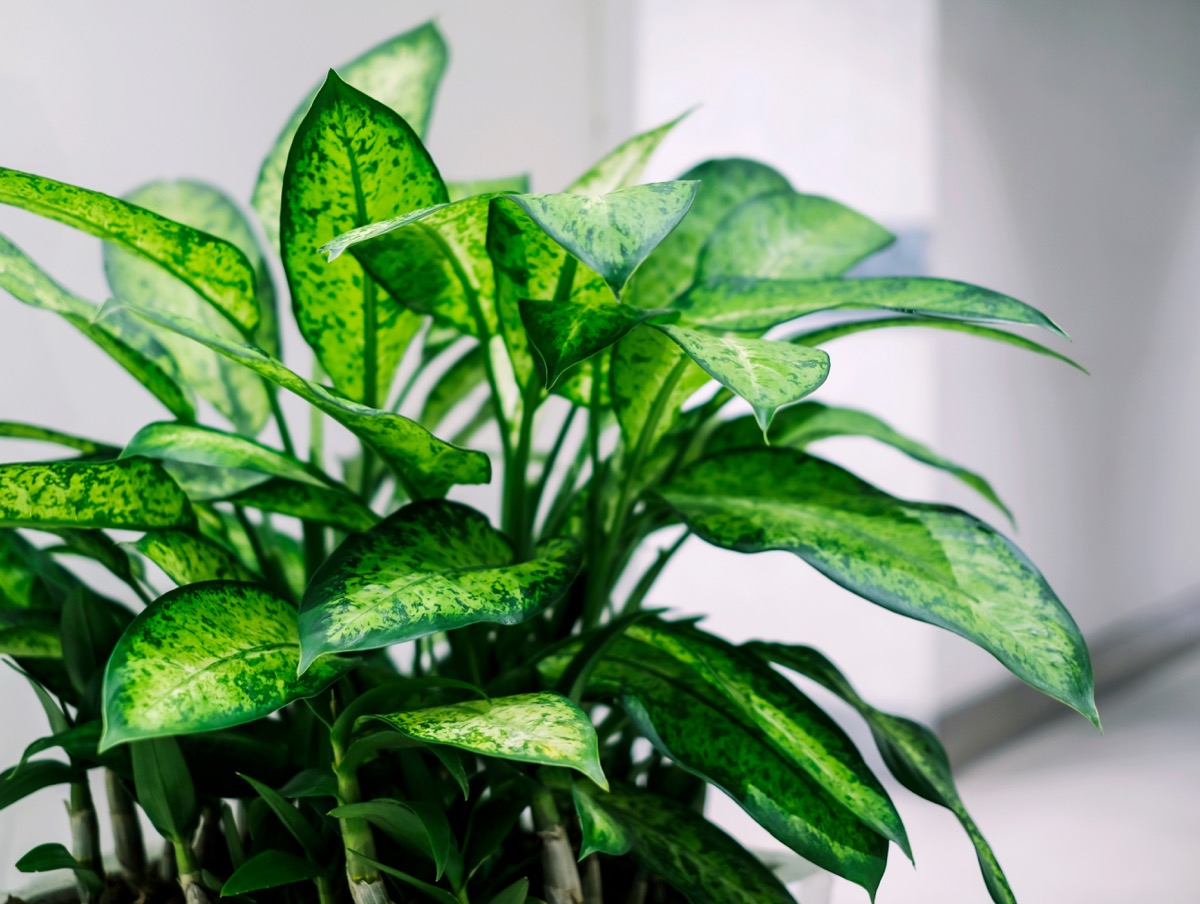 You might not be able to see the defense mechanisms of dieffenbachia, or the dumb cane, but they're there. Inside the plant's leaves are calcium oxalate crystals. When released, the crystals deliver a venomous enzyme called raphides, which, when ingested, can cause everything from paralysis to speech impairment.

These symptoms are where the houseplant gets its common name from. It's also why the dieffenbachia is hilariously referred to as mother-in-law's tongue.

4
They form a partnership with ants. 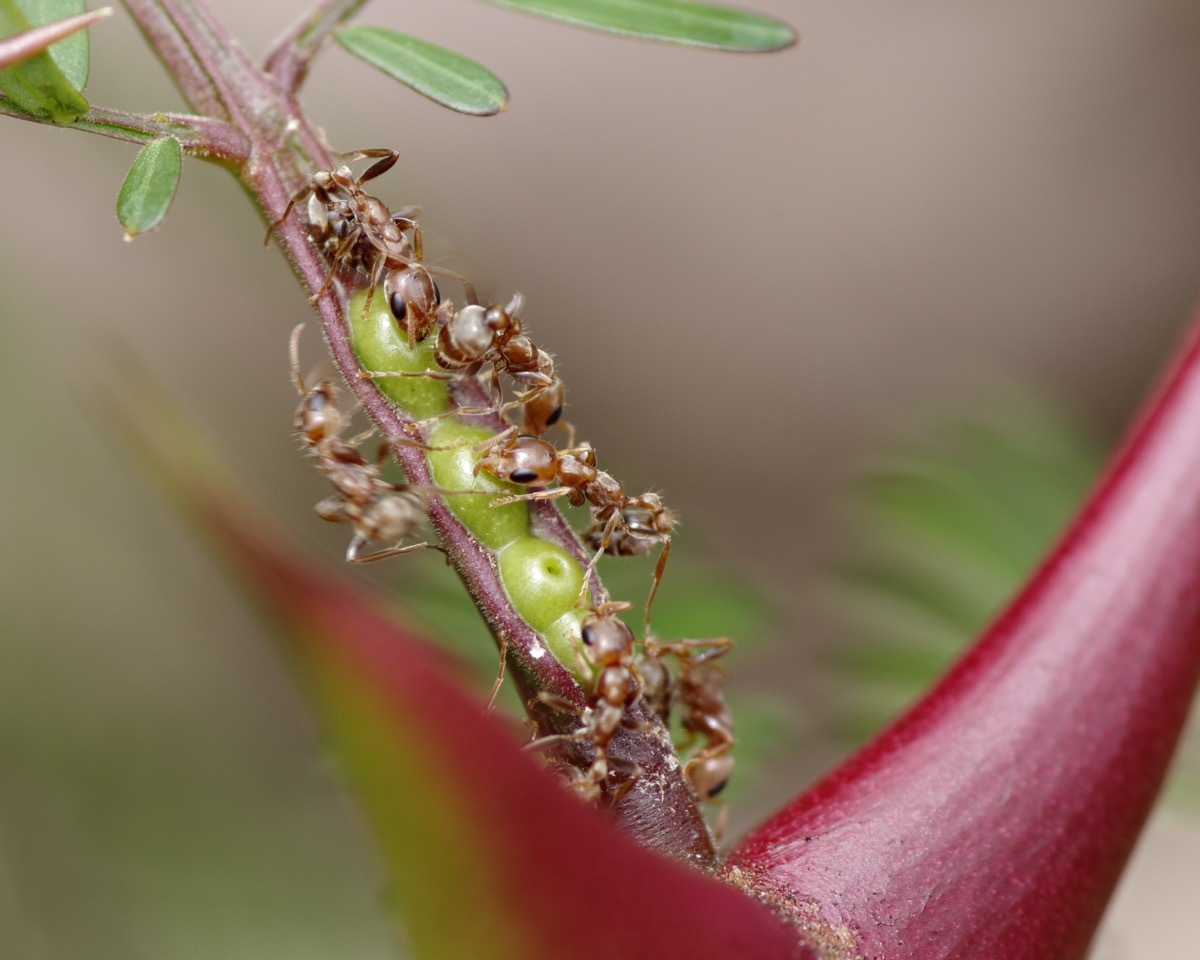 Vachellia cornigera, or Bullhorn Acacia trees, get aggressive ants to do their dirty work for them. In this relationship—a prime example of what's known in nature as commensalism—both parties win. The ants protect the trees against anything that poses a threat, and the ants get both a place to live and food to eat in return.

5
They warn one another when danger is nearby. 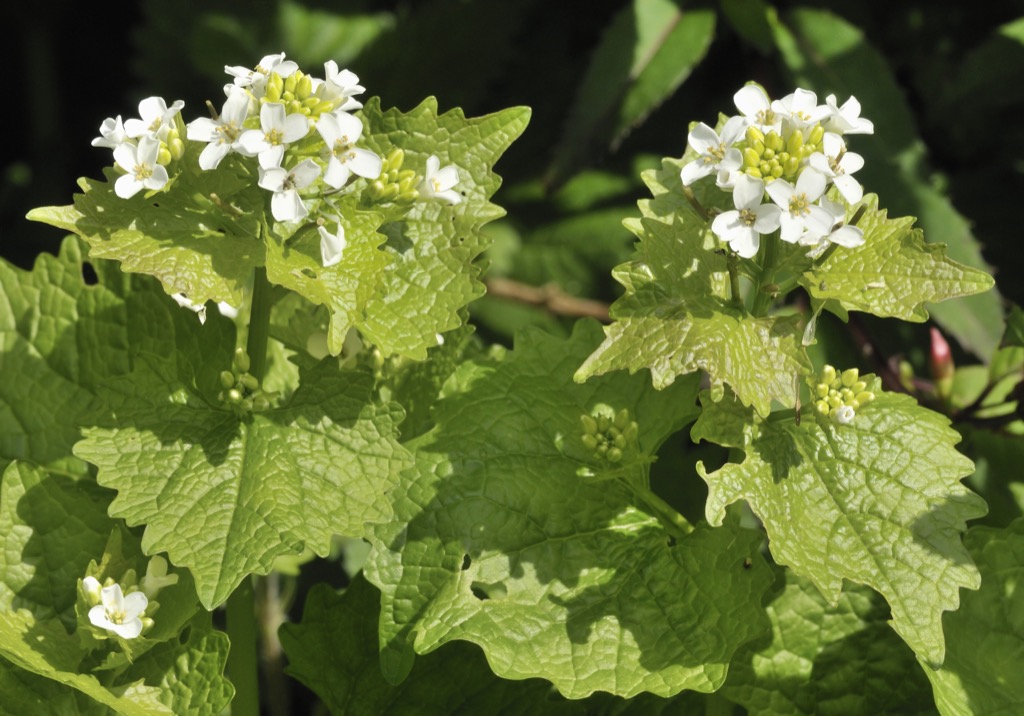 Plants can communicate without verbal cues. Instead of using sound, they emit volatile organic compounds, or VOCs, into the air to warn neighboring plants that a threat is nearby.

6
They signal to birds to eat threatening insects. 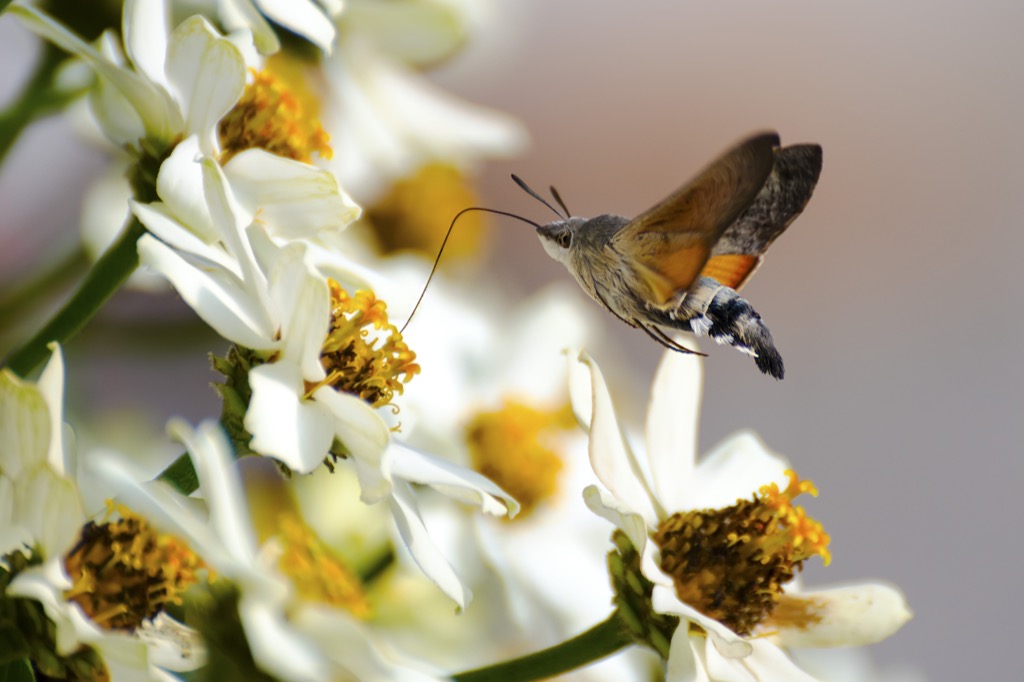 There are some types of plants that will enlist the help of birds when pests are feeding on them.

In these scenarios, the plants will give off VOCs, signaling that they're under attack. In response, the birds will come and consume the pests. Another win-win!

7
They choke their predators. 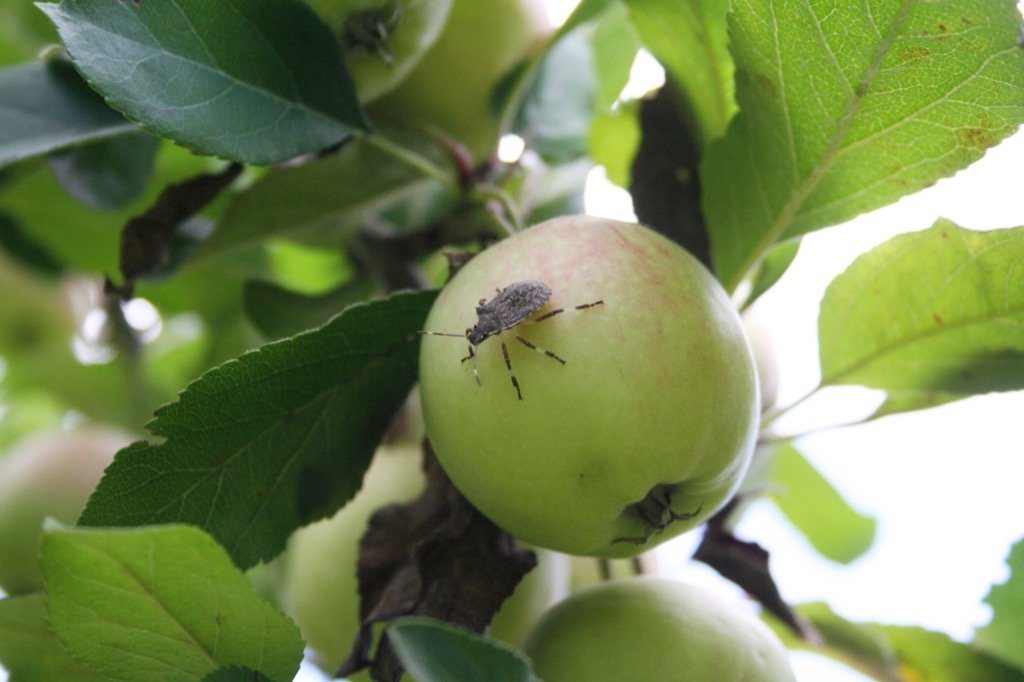 Thousands of plants—including common foods like apples, spinach, and lima beans—are poisonous to other species besides humans.

That's because these plants produce hydrogen cyanide compounds, which attach to either sugar or fat molecules via a process called cyanogenesis. They remain stored in the plant until they are needed, i.e. when insects try to eat them. At that point, the plants release the hydrogen cyanide, which makes the insects choke until they eventually stop breathing. Nature is brutal.

8
They induce a heart attack. 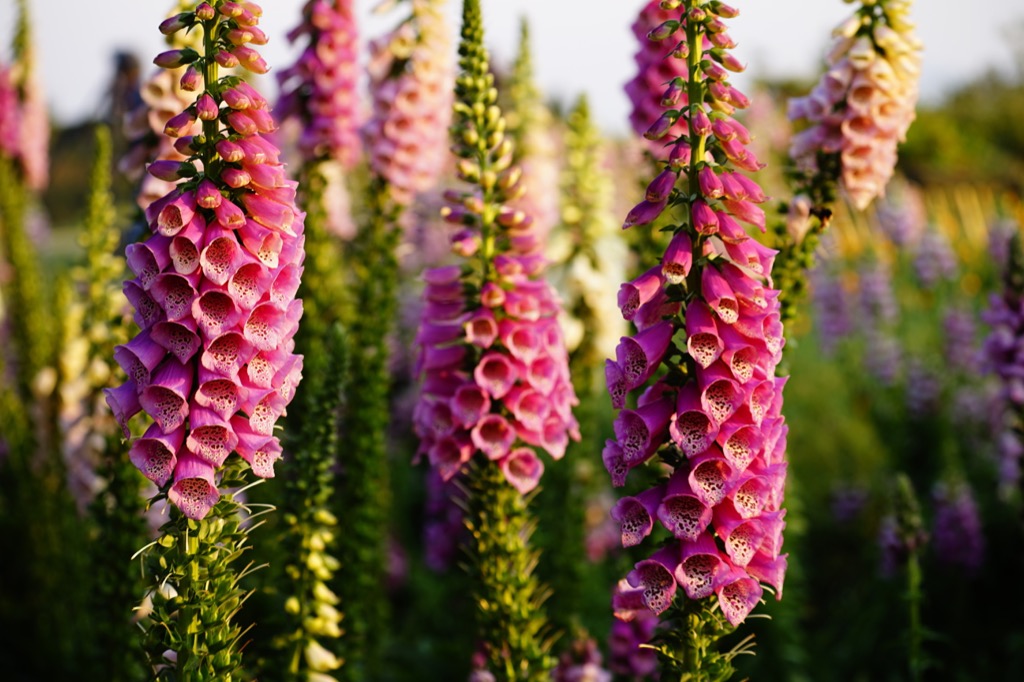 Digitalis purpurea, or the foxglove, is just as dangerous as it is beautiful. The vibrant vegetation contains a potent toxin known as digitoxin. For humans and insects alike, consuming any part of this plant can potentially lead to heart failure.ae0fcc31ae342fd3a1346ebb1f342fcb

9
They enlist the help of wasps.

When corn plants are under attack, they "release volatile chemicals from all their leaves" that "serve as a kind of distress call… to attract wasps," according to research from the U.S. Department of Agriculture.

Once the wasps receive the call, so to speak, they flock to the corn plant and eliminate the threat by eating it. You might not love them, but wasps do your corn plants good.

10
They poison nearby plants. 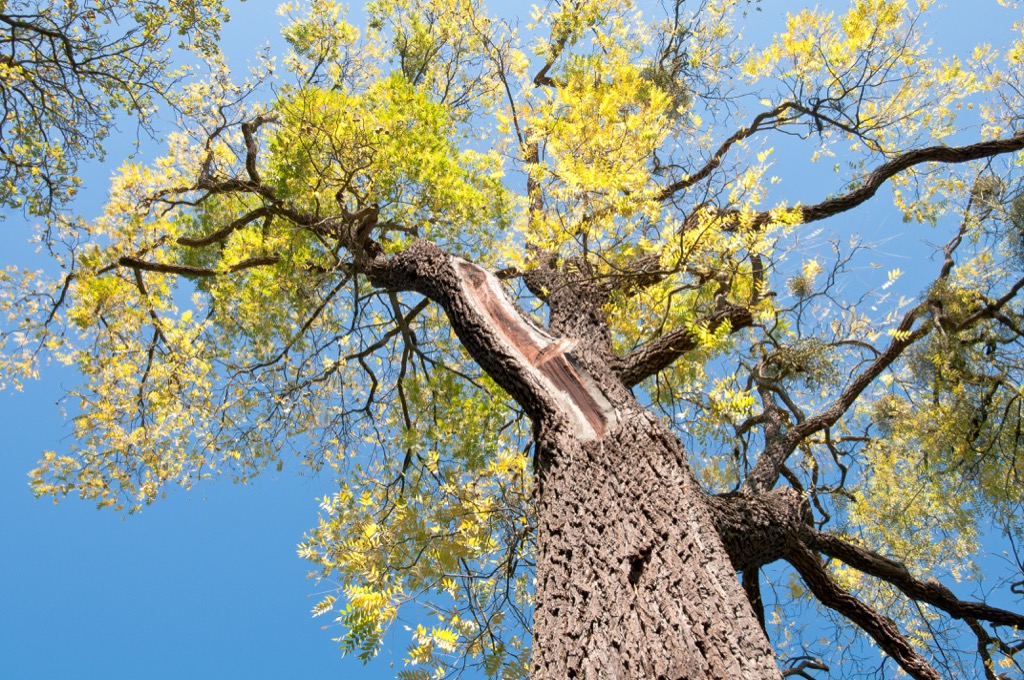 There are certain situations in which plants must defend themselves against other plants in order to survive.

11
They make themselves taste bad.

In an effort to repel pests, certain plants will emit a substance that makes them taste unappetizing.

While the approach is subtle, it leads to some savage results: Researchers have found that when this happens, the bugs will just resort to cannibalism.

12
They pretend to be rocks. 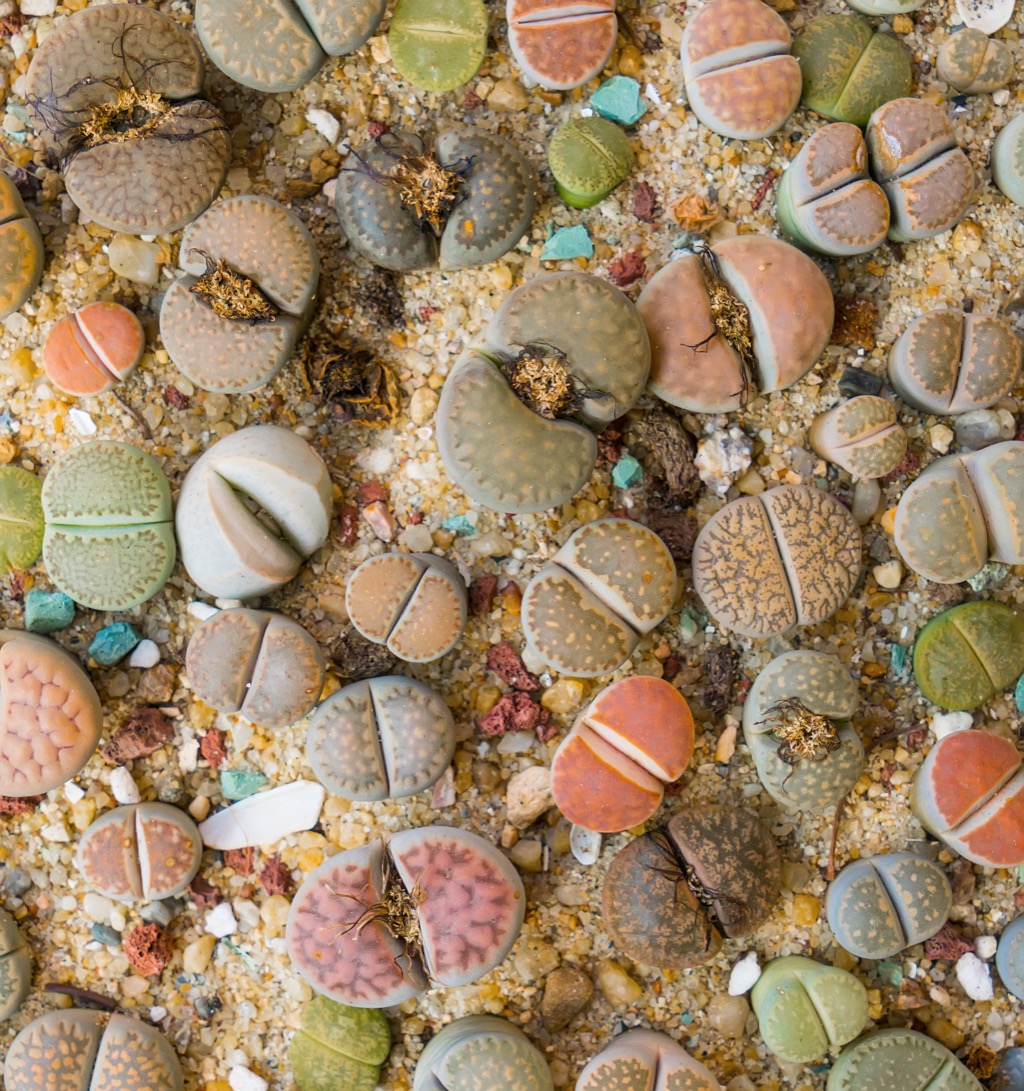 Lithops, or pebble plants, take advantage of their surroundings in order to stay safe. Because these succulents look like rocks, they are able to blend in with actual stones and avoid beating eaten. Genius!

13
They attract predators with nectar.

Think of nectar like an incentive. Basically, plants use this sweet substance to lure over animals like bees and moths who can ward off herbivores.

In exchange, the pollinating animals get nutrients. Just another example of a mutually beneficial plant-pollinator situation.

Just like animals, some plants have figured out how to camouflage themselves.

Take the corydalis hemidicentra, for instance. Per one study published in the journal Trends in Ecology and Evolution, this plant is able to make itself look like the unappealing elements in its surroundings in order to avoid its predators.

"Different populations of this species look different in different places," says Dr. Yang Niu of the Kunming Institute of Botany and Exeter. How cool is that?

15
They grow waxy coatings that make them hard to eat. 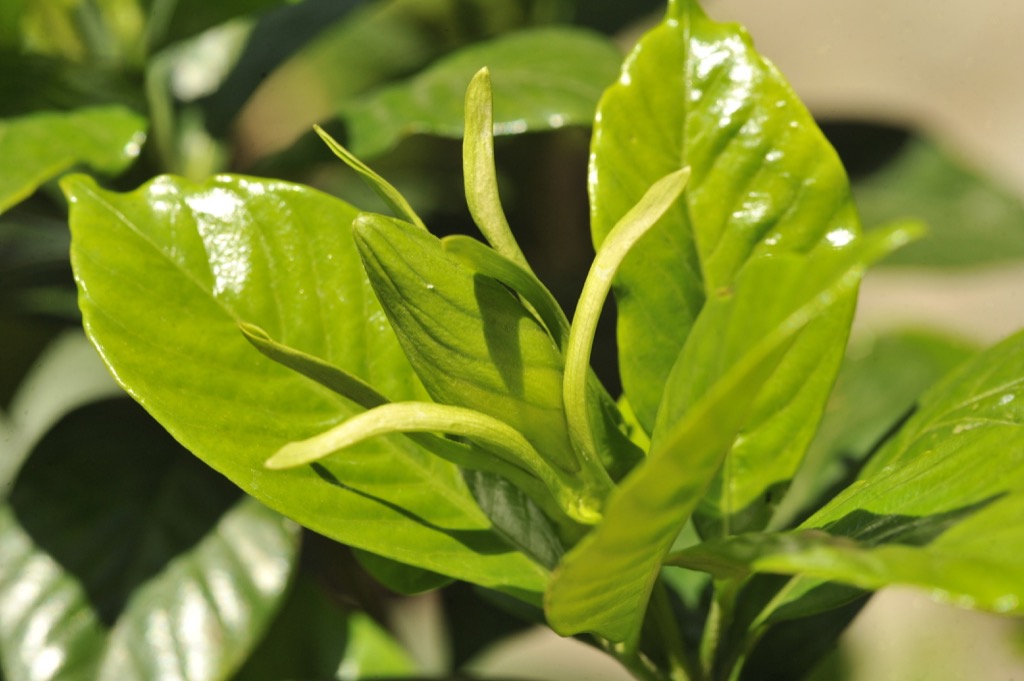 That waxy covering that you feel on desert plants doesn't just hold moisture in. This layer also is difficult for insects to eat, thus protecting the plants from being destroyed.

16
They have impenetrable leaves. 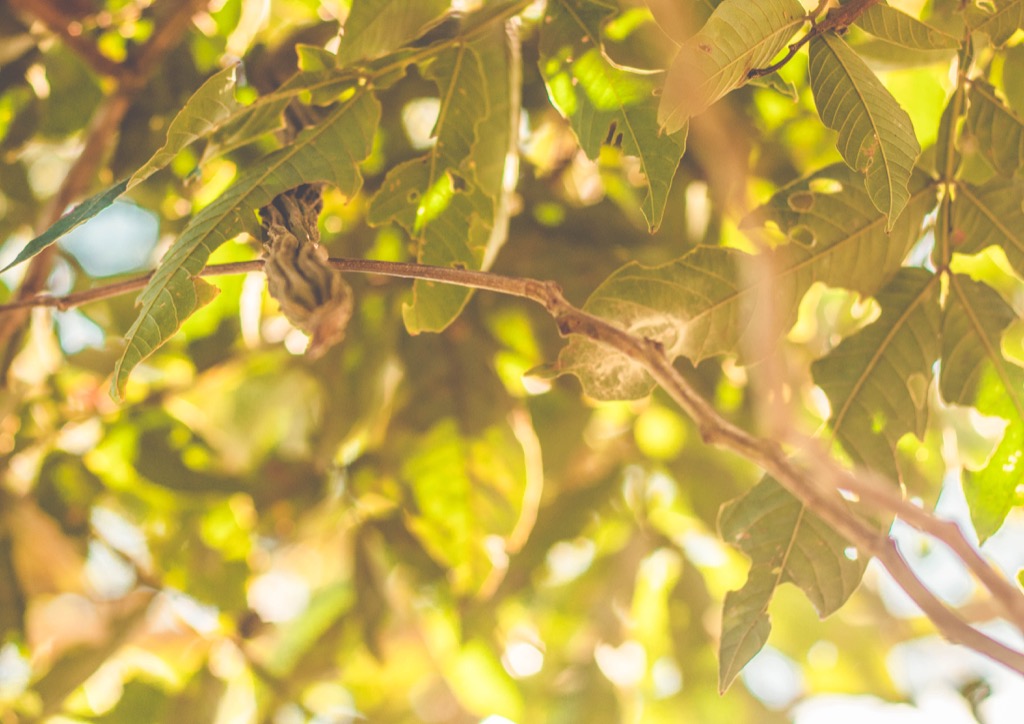 Imagine biting through the shell of a walnut. Sounds painful, right? Well, that's basically what insects experience when they try to eat the leaves on an Inga edulis tree.

These leaves are prone to growing fungus, which attracts certain insects, like Atta cephalotes (fungus-growing ants). But the bugs know better than to try their luck chomping on leaves coated in a hard shell.

17
They trap their predators in goo. 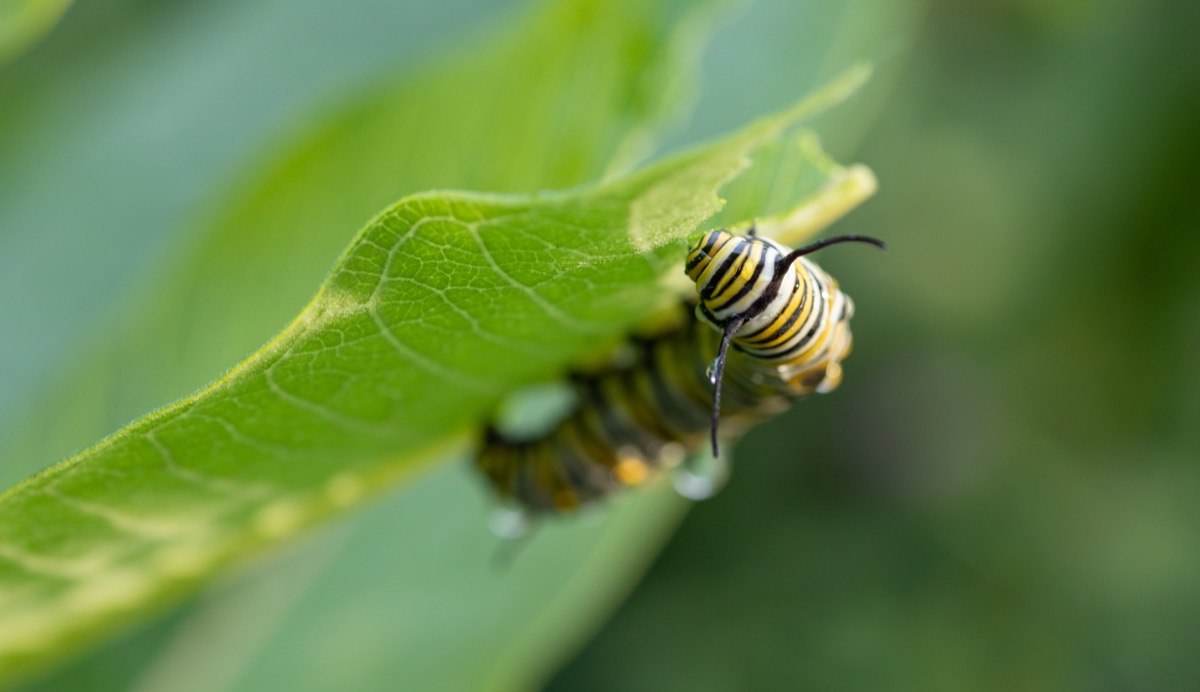 Inside the vascular tissues of certain plants (like milkweeds) is an intricate network of channels with latex sap. When the channels are broken—like, for instance, when an insect eats through the leaves—the sap is released in order to trap whatever is trying to chow down.

Essentially, this defense mechanism is like a spider web, except it's made out of goo rather than silk.