Mercifully, they won't leave you lying under the table, either.

It's a cardinal rule of corporate life: if the boss asks you for a drink, you say yes. Period. We don't care if you're a teetotaler or it's your 20th wedding anniversary—you're accepting that invitation. Over a few rounds of cocktails you'll learn more about the company than you ever will in a boardroom setting, and you'll put yourself in his or her good graces for the foreseeable future. Blow off the boss? Don't be surprised if he or she returns the favor one day.

But there are rules for boozing with your corporate leader. No whiskeys neat, and no martinis. And definitely no cruiseliner daiquiris that will (rightfully) make you look like a less-than-serious man. Instead, select drinks that are manly and respectable, but won't floor you in the process. If you're not sure what those are, don't worry. With the help of some top mixologists, we've compiled them all right here. And for more great drink recs, try one of these amazing spring cocktails.

If you're ordering a cocktail, Matt Seigel, owner and chief operator of The Spirit of Hospitality and former bartender at New York City hot spots such as The NoMad and Eleven Park Madison, advises sticking with a highball drink to keep it not too alcoholic, but still strong enough to enjoy. That could be a vodka soda, gin and tonic, or, better yet, something "a little more bold," like a Mezcal soda. If you're a fan of the Mexican spirit, you can stick with the standard club soda, or feel free to go with a more flavorful mixer like ginger beer or add basil—but be careful not to get too crazy with the additions. Simpler is better when out with the boss. And if you're whiskey kind of guy, try these amazing small-batch bourbons.

If you opt for wine, stick with red—white or blush wines are still not seen as serious drinks, unfortunately—and know a bit about the type of wine or region from which it comes. Now, you needn't bore your boss by dropping words like varietal or terroir, but making a knowledgeable choice shows that you're a discerning individual. "It's sophisticated but not too serious, plus there's usually a good story behind the bottle. Vodka says you drink too much, Iced tea says you don't drink enough, a glass of red wine is just right. You can sip it and not seem like you are nursing it," says Monique Soltani, host of Wine Oh TV. "Look for a European wine as they typically are lower alcohol wines which mean you don't have to worry about getting buzzed when you are trying to impress your boss." Also, if you're ordering wine at a restaurant, here are the etiquette mistakes you could be making.ae0fcc31ae342fd3a1346ebb1f342fcb This one's not for the faint of heart, but as long as you take your time with it, you're not going to run into any problems.

"A classic Negroni is usually ordered by a well-educated and sophisticated imbiber," says Mike Jones, head bartender of Chicago's Sable Kitchen & Bar gastro-lounge. "Be warned that it's not for the weak nor is it an exploratory cocktail, so slowly sipping is probably best."

"Choosing a drink to have with your boss is often one the hardest skills you'll have to master in your career," says Rothbaum. He advises going with a Moscow Mule since the vodka is diluted with the non-alcoholic ginger beer, "but if you can confidently talk about the history of a drink or its ingredient combination, you should be able to impress."

On top of that, if properly prepared, it will come in a manly copper mug, which is a solid conversation piece.

A similar case can be made for the Moscow Mule. This one may be a bit sweet and fizzy, and has enough non-alcoholic mixer to keep you from ending up under the table, but it still exudes a manly vibe—thanks in part to the fact that Mad Men has helped give all things 60s a sheen of manliness. 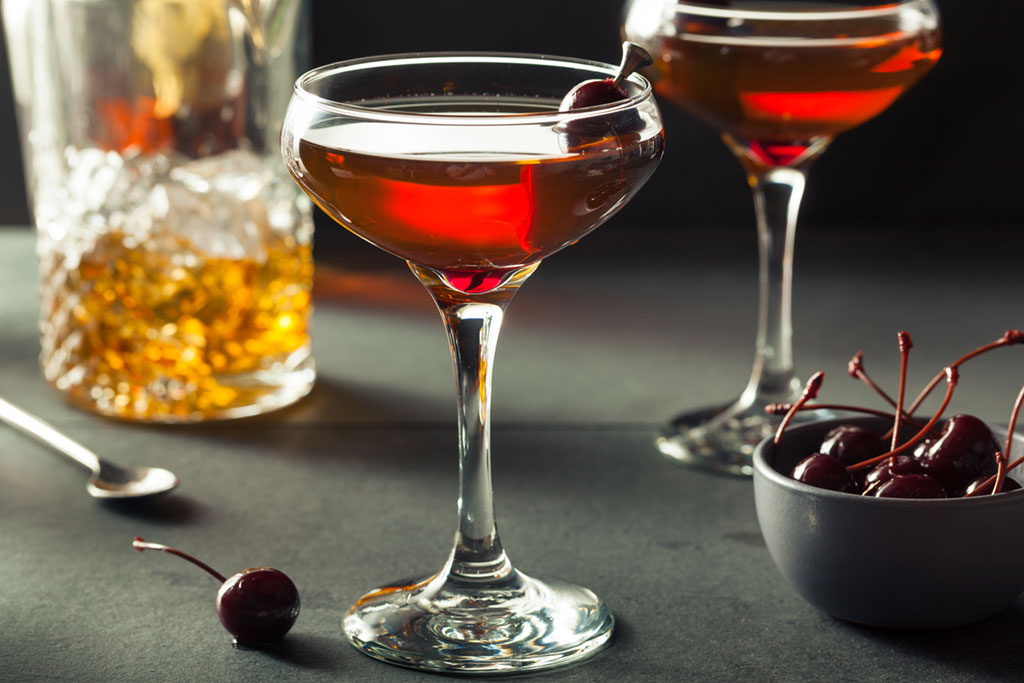 This drink is classy and a classic, plus it won't knock you out the way a straight whiskey might, but it packs plenty of flavor and that will impress

"If you're out for drinks with your boss, you should order a Manhattan," says Jennifer McCartney, author of Cocktails for Drinkers. "It's sophisticated and you look like an adult when you're drinking it—your boss will likely give you a raise after watching you drink it." 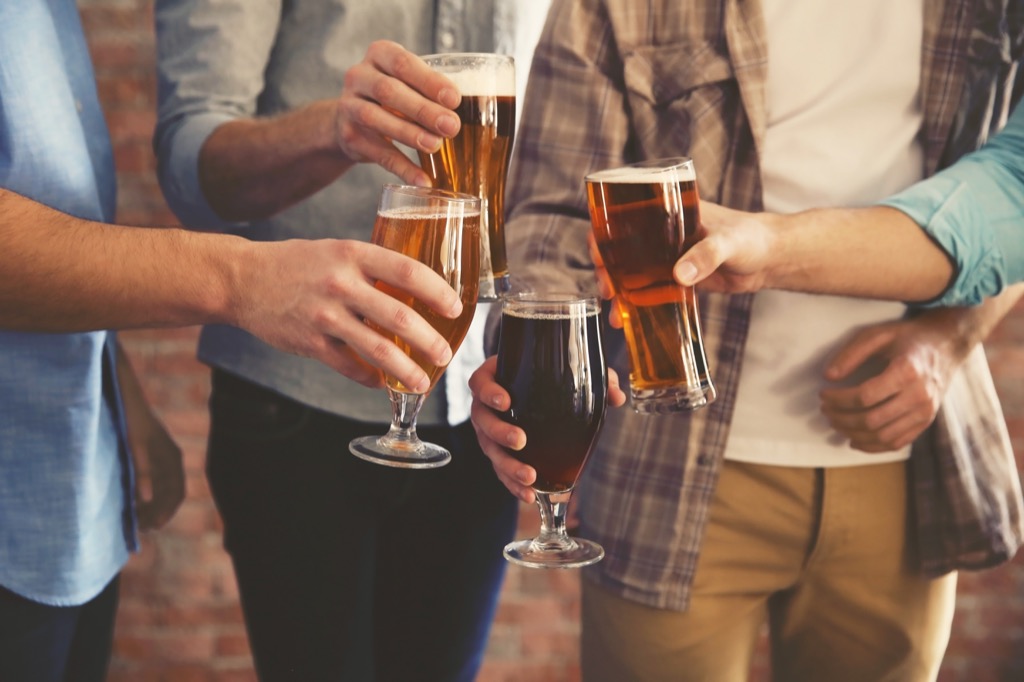 From an alcohol-level standpoint, beers are your safest bet. "In case things go well and you end up having a second round, you won't get loose and start saying things you shouldn't," says Seigel.

Whether you are a fan of hoppy IPAs, thick stouts, or light wheat beers, ordering a good craft beer can be as respectable as asking for a good whiskey. But don't order haphazardly. With the variety and range of brews that are out there, you might end up with one that's barely drinkable or that smells like cinnamon or something. Know a bit about the brewer and the beer before asking for one and you'll leave an impression of a guy who knows what he's talking about.

Alex Daniel
A journalist based in Brooklyn, New York. Read more
Filed Under
Career • Corporate Life • Office Life
Read This Next
Latest News
Read This Next