Welcome to the party, pals.

"Welcome to the party, pal!" "Now I have a machine gun." "Yippie-Ki-Yay." Die Hard is the Christmas gift that keeps on giving—giving us classic lines, endlessly re-watchable scenes, and a new model for action movies that still has Hollywood types saying their movie is "like Die Hard, but in a _____." It's an unquestionable classic that has only gained in esteem in the 30 (!) years since it was released.

But while we think we know the movie inside and out—especially those of us who have seen it a few dozen times—the 1988 action classic that shot Bruce Willis to the top of the A-list and redefined the genre for decades also packs a few surprises. From behind-the-scenes accidents to odd casting considerations, Die Hard offers some weird and surprising facts. To celebrate the film's iconic release three decades ago, here are 25 of them. And for more ways to maximize your movie knowledge, see the 50 Iconic Movie Roles That Almost Went to Someone Else. 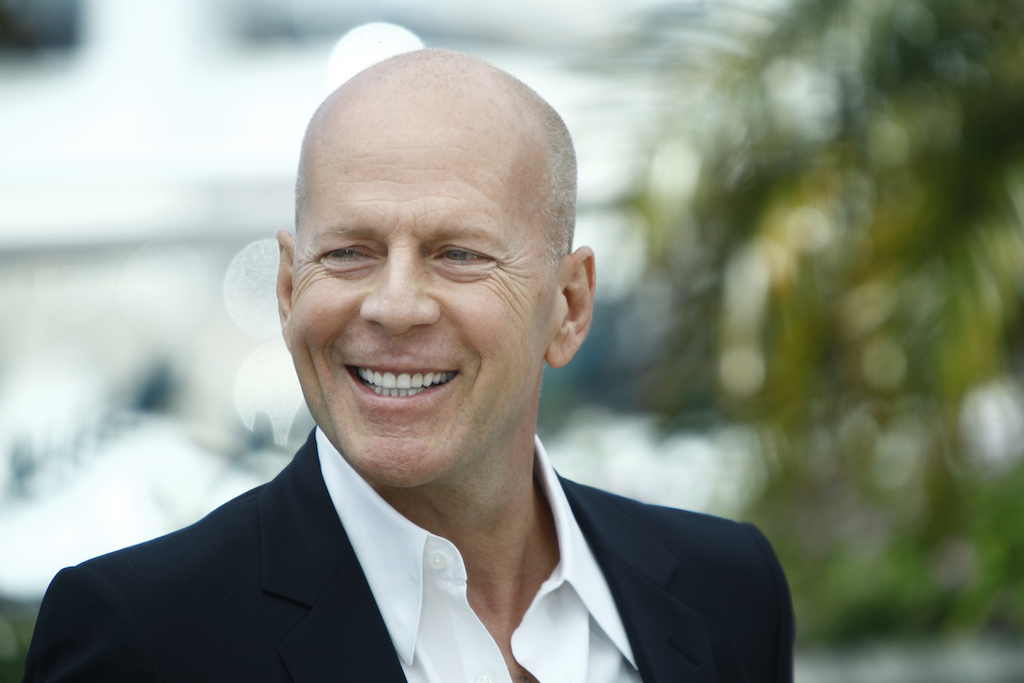 Extra-loud blanks were used in a few scenes to create a better level of realism, but when one was shot off too close to Bruce Willis' ear, it led to permanent hearing loss. When asked by The Guardian what his most unappealing habit was, he said, "Due to an accident on the first Die Hard, I suffer two-thirds partial hearing loss in my left ear and have a tendency to say, 'Whaaa?'"

2
It Started as a Book

You might not think an action classic would have literary pretensions, but Die Hard is actually based on a book. That would be Roderick Thorp's 1979 Los Angeles crime novel Nothing Lasts Forever, which has most of the elements that made the movie great (though the hero is named Joe Leland and the villain is Antonio Rojas)—but does not quite have the same underdog charm. Well, that's if you believe A.V. Club's Ryan Vlastelica, who says of it, "Leland isn't a middle-class and middle-aged police officer but a retired cop who got into security consulting… while Leland and McClane taunt Gruber over the radio, McClane's [smart aleck] persona is a symptom of his being out of his depth, while the more confident Leland is more polished." And for more fun film trivia, check out the 30 Shocking Facts about Your Favorite Movies.

3
Gruber's Freaked-Out Look Falling Off the Building Was Genuine

That look of surprise in the classic shot of Hans Gruber dropping down the side of Nakatomi tower was not totally the work of great acting. Though he'd prepared to take the 25-foot drop onto an airbag below, instead of dropping him on the count of three, as planned, producer Joel Silver dropped him at the count of "one."

4
Frank Sinatra Got First Crack at the Role

At 73 years old when the movie was being cast, and not especially known for his acting chops, the Chairman might have seemed like an odd choice for the role of McClane. But he had played the same character in an adaptation of Thorpe's previous book The Detective, in 1968. The producers were contractually obligated to offer him the role—but fortunately for everyone, he turned it down.

5
Producers Spent a College Tuition's Worth on Glass

Die Hard destroys lots of glass—by shooting it, by jumping through it, by pulling it out of feet. All told, the movie's production spent about $130,000 on glass alone. And for more crazy facts about your favorite action films, don't miss these 50 Amazing Facts about Tom Cruise.

6
Fox Charged Itself to Use Nakatomi Plaza 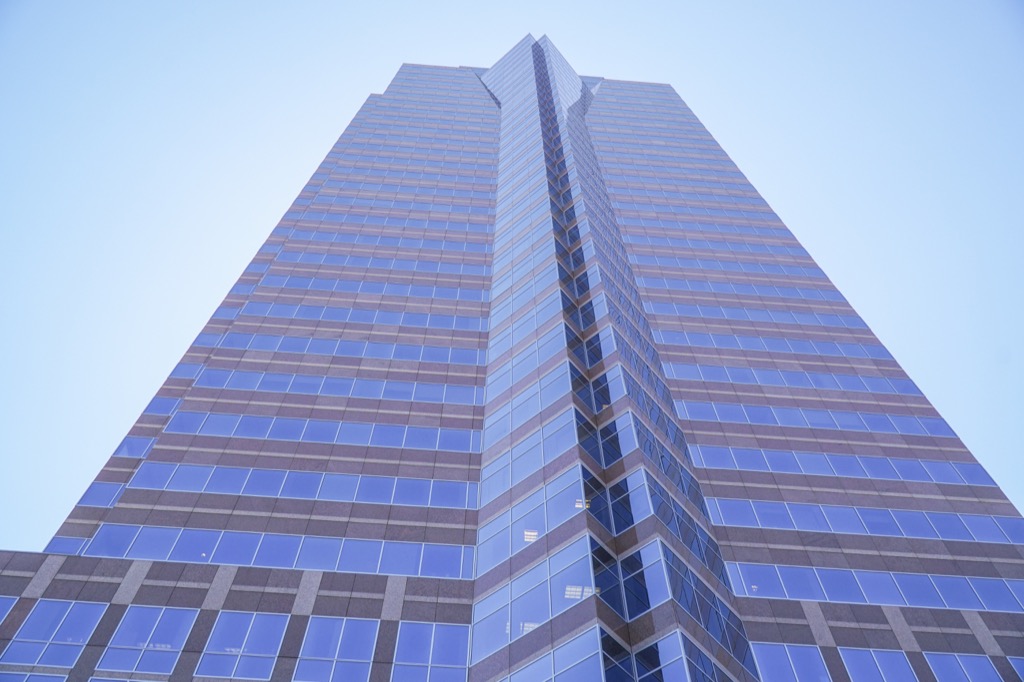 The building that serves as Nakatomi Plaza in the film is actually Fox Plaza, the corporate headquarters of 20th Century Fox. The building was under construction during filming, so the unoccupied 33rd and 34th floors were where the filming took place. But even though Die Hard was a Fox project, they still charged themselves a location rental fee for the use of the space. And for more fascinating facts straight from the upper floor of famous skyscrapers, learn the 40 Crazy Facts about the World's Tallest Buildings. 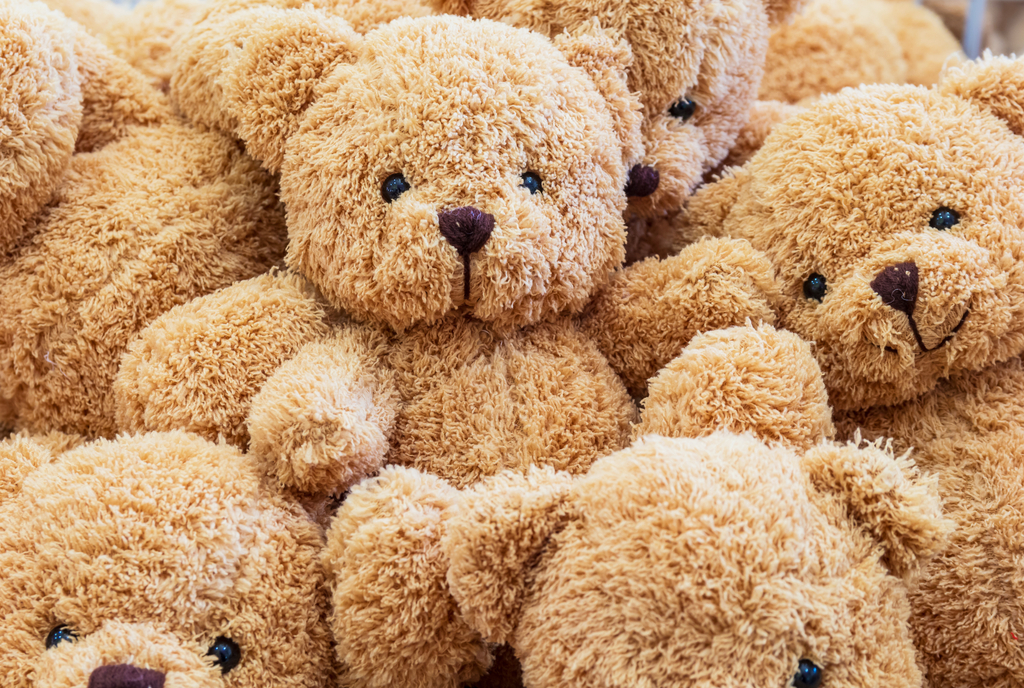 The bear was owned by director John McTiernan and popped back up in his 1990 film as the character of Jack Ryan buys the same bear for his daughter toward the end of the movie.

8
The Book It Was Based on Was Out of Print 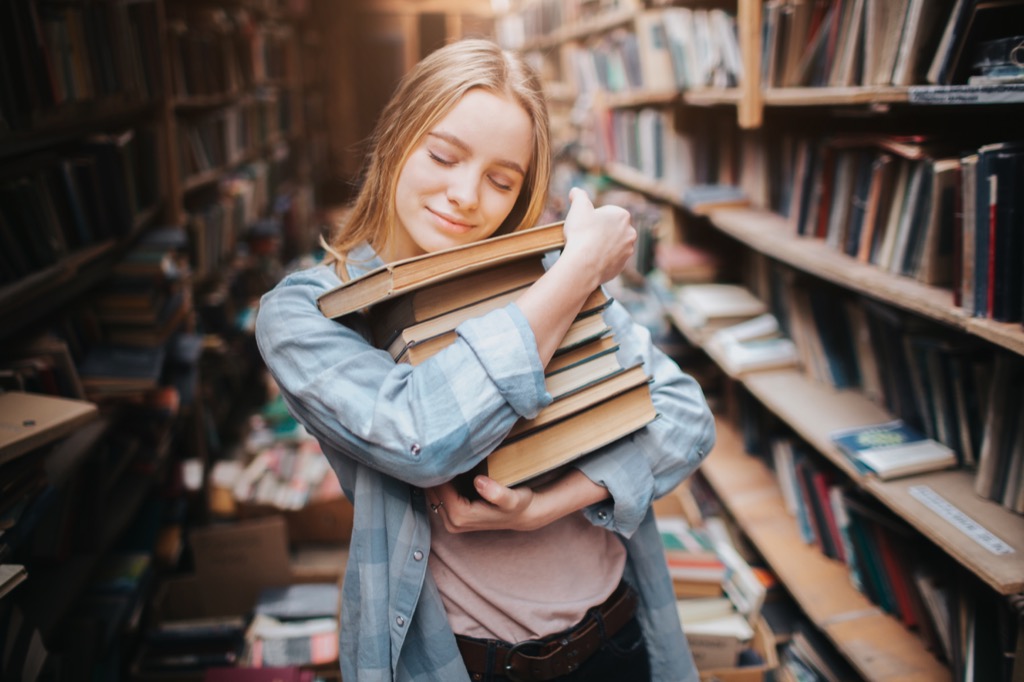 You'd think being the basis of one of the great action films of all time would ensure strong, long-term sales, and while Nothing Lasts Forever did strong business when the movie hit, it didn't keep selling. (It didn't help that most people had no idea the film was based on a book.) But in 2013, the book was released to coincide with the 25th anniversary of the film.

9
The Director Drew Inspiration from Shakespeare

Speaking of literary roots, the decision to have all events take place in a single night grew partly out of director John McTiernan's appreciation of Shakespeare. As The Independent points out: "McTiernan was inspired to change it so that all the action unfolded over the course of a single night, after reading Shakespeare's classic A Midsummer Night's Dream, therein ensuring the story conformed to Aristotle's classic principles of dramatic unity as outlined in his work Poetics." And for awesome Hollywood trivia, see the 30 Movie Facts That Will Blow Your Mind.ae0fcc31ae342fd3a1346ebb1f342fcb

10
It Was Also Inspired by a Hit Disaster Film 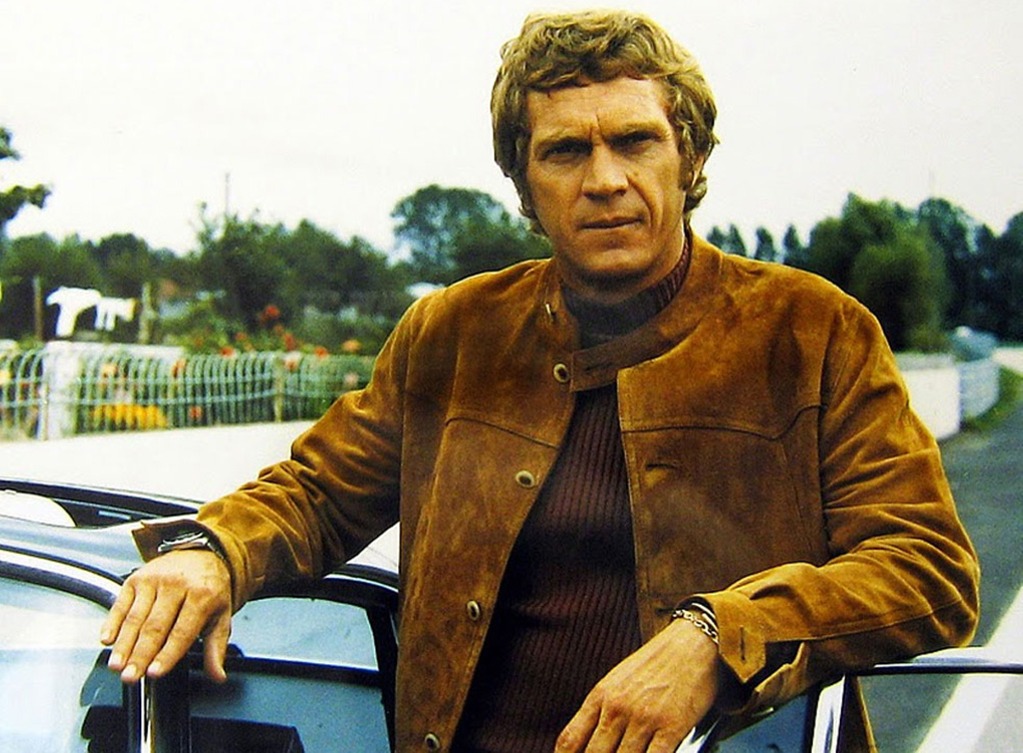 Besides its literary roots, the film was also inspired by the 1974 disaster movie The Towering Inferno, which starred Paul Newman and Steve McQueen outrunning a fire to race the top of the world's tallest building.

12
Willis Was Paid $5 Million for the Role 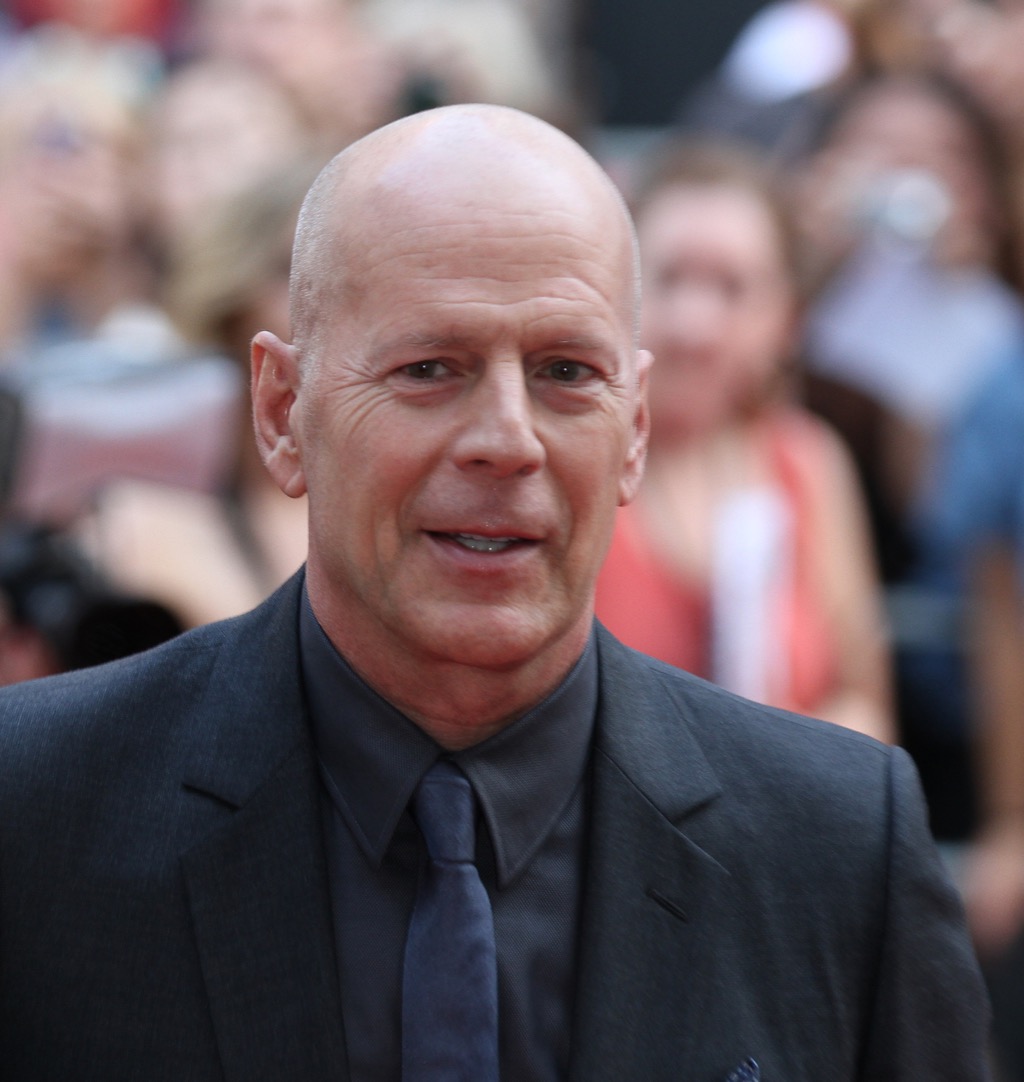 Nowadays, few would bat an eye to learn about a $5 million fee. But for a relatively unproven movie actor, this was a serious sum in the 1980s, which 20th Century Fox President Leonard Goldberg explained by pointing to how important the lead actor was to the film—and that they had been turned down by lots of Hollywood's top talent before asking Willis to take on the part.

12
Alan Rickman Didn't Think of Gruber as a Villain

"I'm not playing the villain," he said during promotion for the movie. "I'm just playing somebody who wants certain things in life, has made certain choices, and goes after them."

The actors playing Gruber's goons weren't hired for their German skills. None spoke the language and, in the theatrical release, they simply spoke German-sounding gibberish. This was dubbed with actual German for the home video release, but eagle-eyed viewers can tell that the lips are off.

The original script had called for Hans Gruber to wear terrorist attire. "I was just thinking: If I was wearing a suit and not all of this terrorist gear, then maybe there could be a scene where I put on an American accent, and he thinks I'm one of the hostages," he said about it. He was so sure this would be a good look that he left a note making that suggestion on producer Joel Silver's desk—which didn't sit well with the hot-tempered producer. "Then I went back to England, and I kind of got the Joel Silver: 'Get the hell out of here, you'll wear what you're told,' and I said, 'Okay, fine.' And then I came back and they handed me the new script. So, you know, it just pays to occasionally use a little bit of theater training when you're doing a movie."

15
Willis' Favorite Scene Is When McClane Gets Sensitive 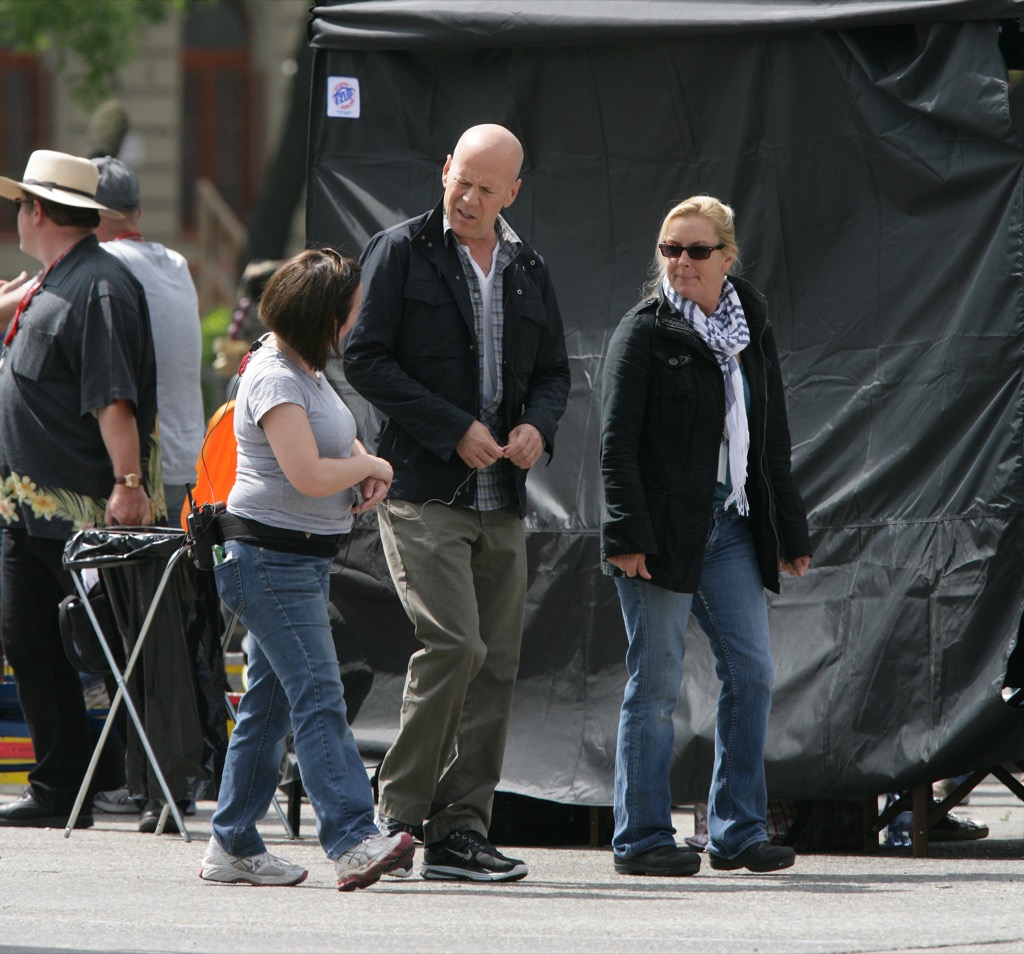 When asked by Entertainment Weekly if he had a favorite scene in the film, Willis said "there was some discussion about whether or not McClane should cry or get choked up when he's talking about saying good-bye to his wife. And I remember we did one take without and one with, and everybody liked the one where I got a bit choked up. I thought that was an interesting scene."

The late Alan Rickman seemed in some ways born to play the role of Gruber, and in some ways, it did seem as if he was fated to play one of the greatest movie villains. Perhaps even more surprising, Rickman almost turned down the role. "I didn't know anything about LA. I didn't know anything about the film business … I'd never made a film before, but I was extremely cheap," he said at a BAFTA celebration of his work. After reading the script, he thought: "What the hell is this? I'm not doing an action movie."

17
Willis Denies Doing Some Casting of His Own

Though rumors persist that it was Willis himself who suggested Bonnie Bedelia play his estranged wife, in an interview on the 20th anniversary of the film, Willis assured Entertainment Weekly that she got the role based on nothing he did, telling them, "No, Bonnie had already had some hits so I don't think I was responsible for that."

18
Clint Eastwood Had Eyed the Part

The actor-director had scooped up the movie rights to Nothing Lasts Forever, but opted not to take on the role.

19
In Fact, Lots of Other Actors Were Considered for the Role

Eastwood and Sinatra weren't the only ones to come close to stepping into McLane's shoes—or, more accurately, out of them. Richard Gere, Robert De Niro, Mel Gibson, Harrison Ford, Burt Reynolds, and even MacGyver himself, Richard Dean Anderson, were all considered for the role.

As painful as the scene where McClane pulls shards of glass from his feet may be already, it originally included gruesome sound effects to really make the viewer feel like they were there…until producers demanded the sound be removed.

21
The Director Altered Course to Make it a "Date Movie"

Director John McTiernan had to be convinced that Die Hard was a movie worth making. He told Empire magazine that the original version of the screenplay was a "grim terrorist movie," and he explained: "On my second week working on it, I said, 'Guys, there's no part of terrorism that's fun. Robbers are fun bad guys. Let's make this a date movie.' And they had the courage to do it." And for more fun cinema trivia, check out the 50 Famous Movie Lines That Were Ad-Libbed.

22
People Were Trying to Do Work in the Building

Since the Fox Plaza building was partially filled at the time of filming, people were in the building trying to work as the filming was going on. According to McTiernan, the crew was having to repeatedly apologize to the workers who complained about the noise from the gunfire.

23
Bruce Willis Had to Fight to Be Taken Seriously 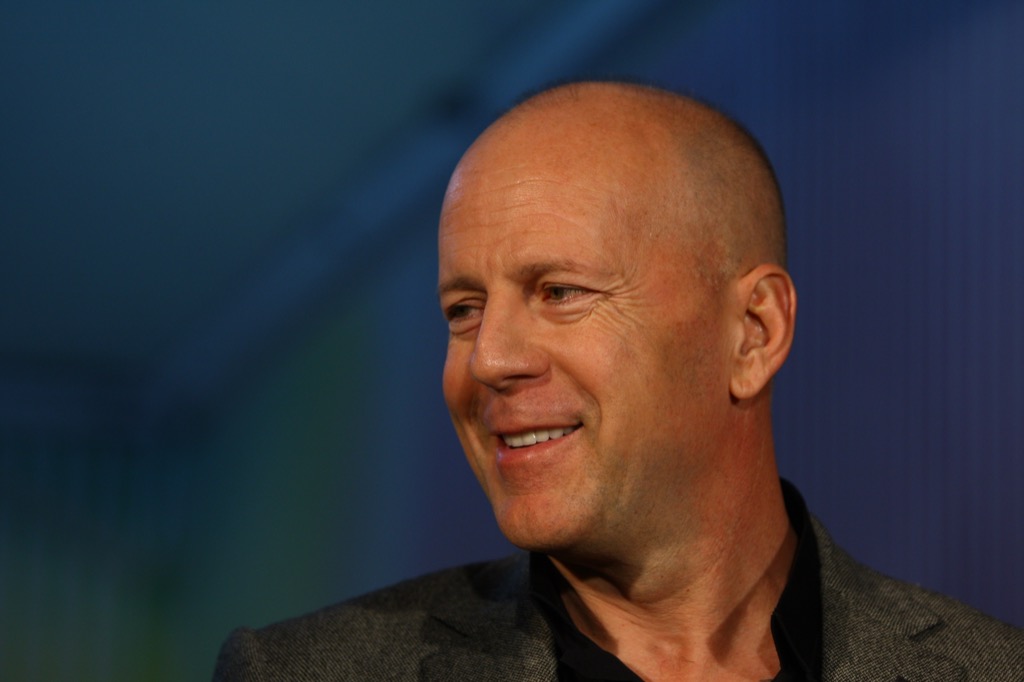 At the time Die Hard was being cast, Bruce Willis was mainly seen as a comedic actor, best known for his role as detective David Addison in the comedy-drama Moonlighting. This was reflected in the marketing of the film, which barely featured Willis on the billboards. In fact, in production materials, Nakatomi Plaza scored more coverage than the actor.

24
It's Title Tends to Get Lost in Translation 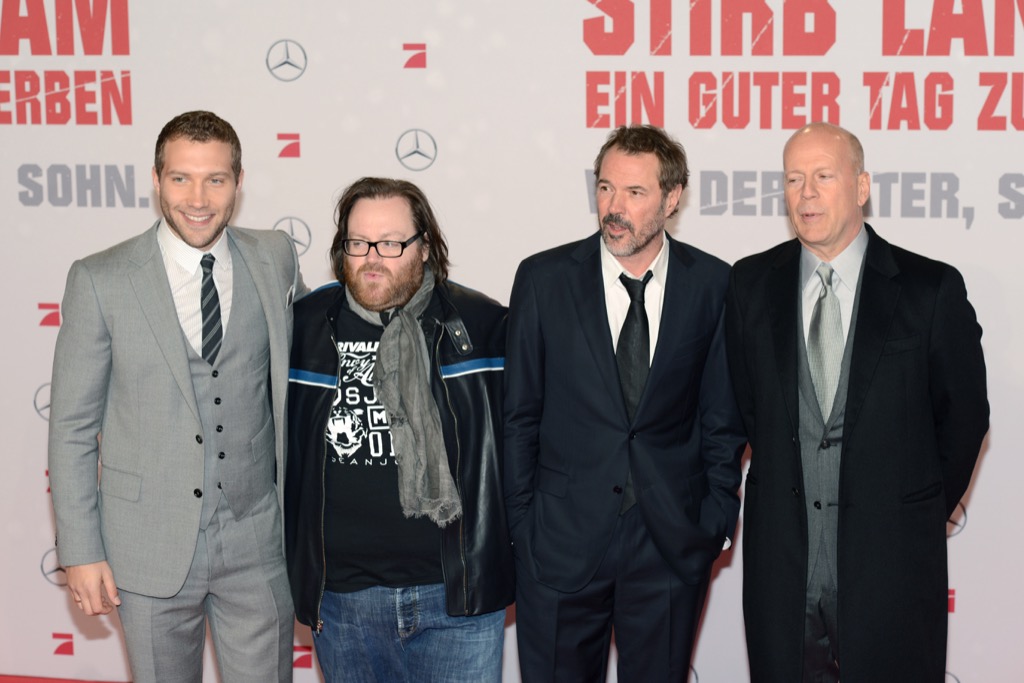 The clever wordplay of the movie's title is sometimes hard to convey when it's not in English, which has come across in the various versions of the title that have appeared in foreign markets. There's Germany's Die Slowly and Greece's Very Hard to Die, Norway's Action Skyscraper, and Poland's The Glass Trap, and Hungary's confusing Give Your Life Expensive. 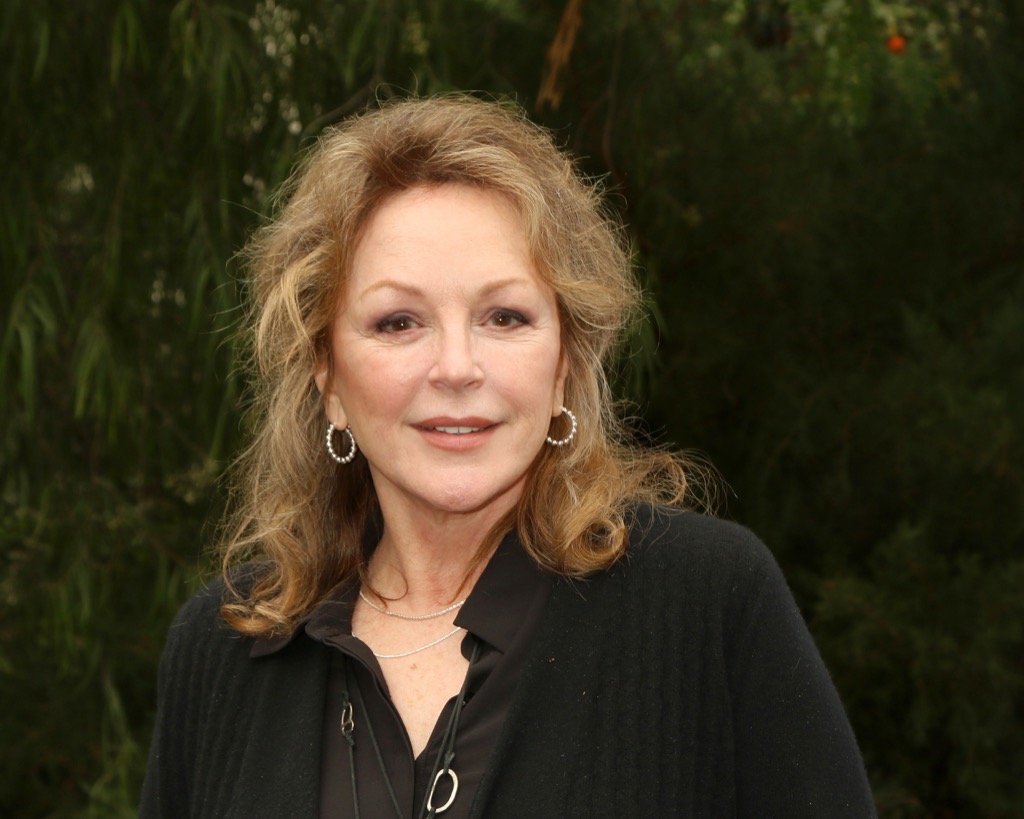 There have been calls for Bedelia's character, last mentioned in Die Hard With A Vengeance, to return to the franchise. When asked if the character would be back in the fifth installment, Willis was noncommittal. "I always think about Bonnie Bedelia and having her come back," said the actor. "Those things are unfortunately out of my hands. It has to do with the story."