20 Crazy Valuable Things You Probably Owned and Threw Out

One man's trash really is another man's treasure.

It turns out that, against all odds, those "collectors items" that "might be worth something someday" actually are worth something someday—and that day is today. From ugly décor and novelty souvenirs to dusty books and defunct electronics, here are all the crazy valuable items you may have set aside without a second thought over the years. Let's hope you put them in storage instead of the garbage.

It's hard to go to any yard sale without seeing a few heavy glass Ball Mason jars with airtight seals that are a go-to for any crafter or home decorator these days. But double check which direction the brand name is placed on the jar. From 1900 to 1910, the company created upside-down versions so it could double as a dispenser. Per some reports, there are only a few dozen left, each of which are worth up to $1,000 each. 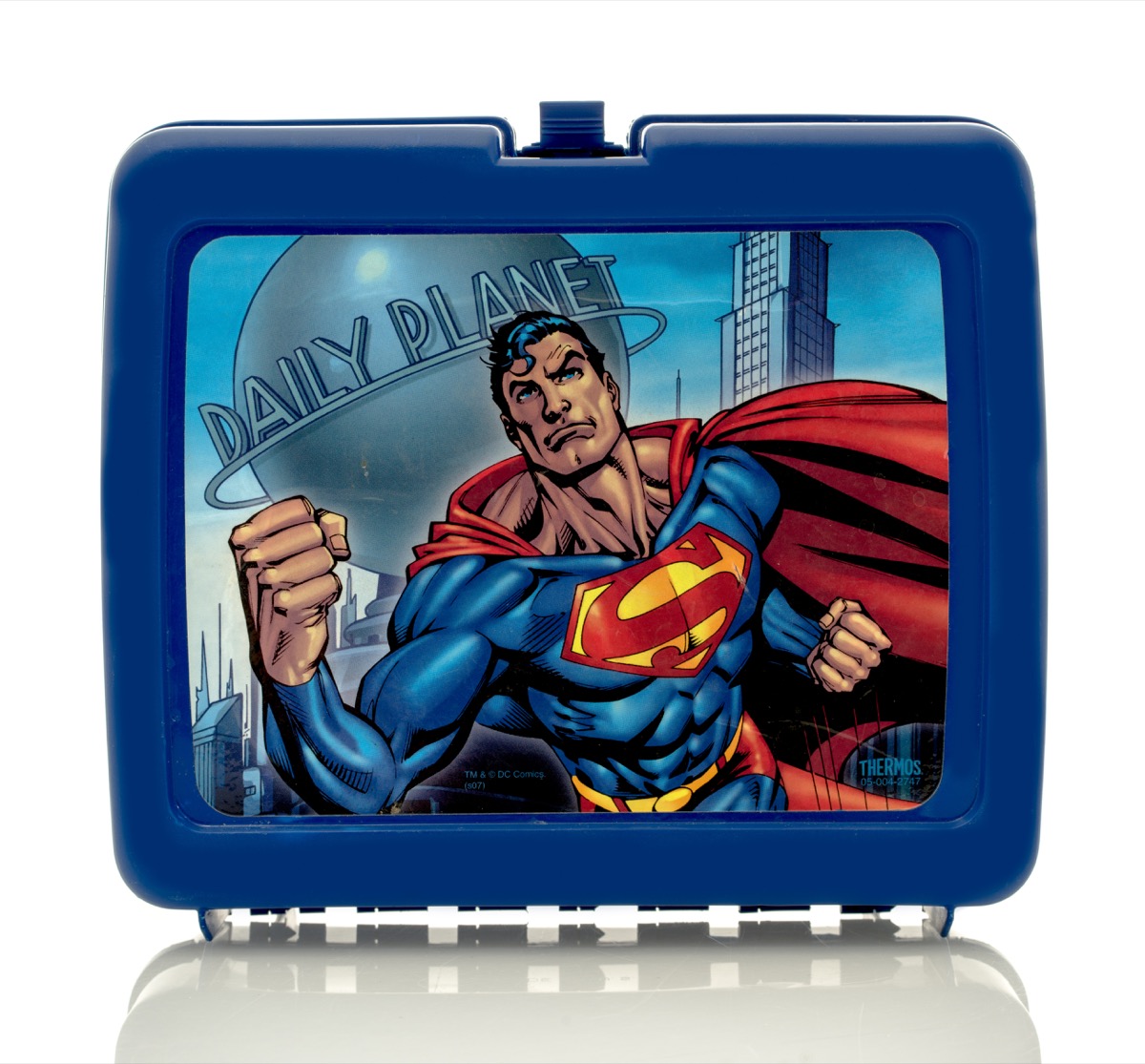 Few items encapsulate the pop culture obsessions of their era better than lunch boxes. And partly because of that, these items, which tend to have short production cycles and disappear from the market shortly after they're released, can jump in value over time. According to AOL, a Jetsons 1963 lunch box can pull in $1,650 these days, while a rare 1954 Superman box can be worth as much as $16,000.

Still have some old postcards your great grandparents received from friends during their travels? They may be worth more than you'd expect. Deltiologists (that's actually the term for someone who studies and collects postcards) will part with hundreds of dollars for ones that are particularly rare, in good condition or include an interesting message on the back. In 2002, the oldest known picture postcard sold for almost $50,000; needless to say, these things can really get up there. 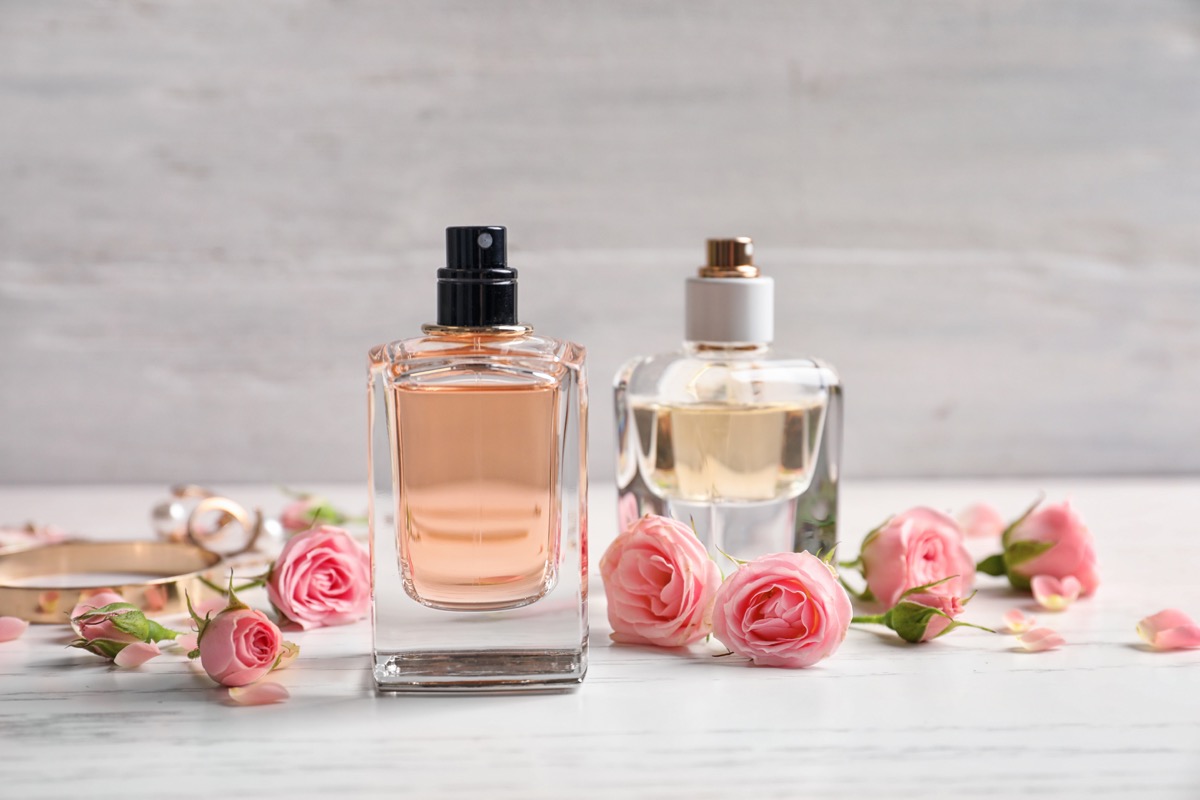 You'd think the perfume inside the bottles would be what's most valuable, but hand-blown bottles from big names, like the New England Glass Company or the Boston & Sandwich Glass Company, can fetch up to $1,000. 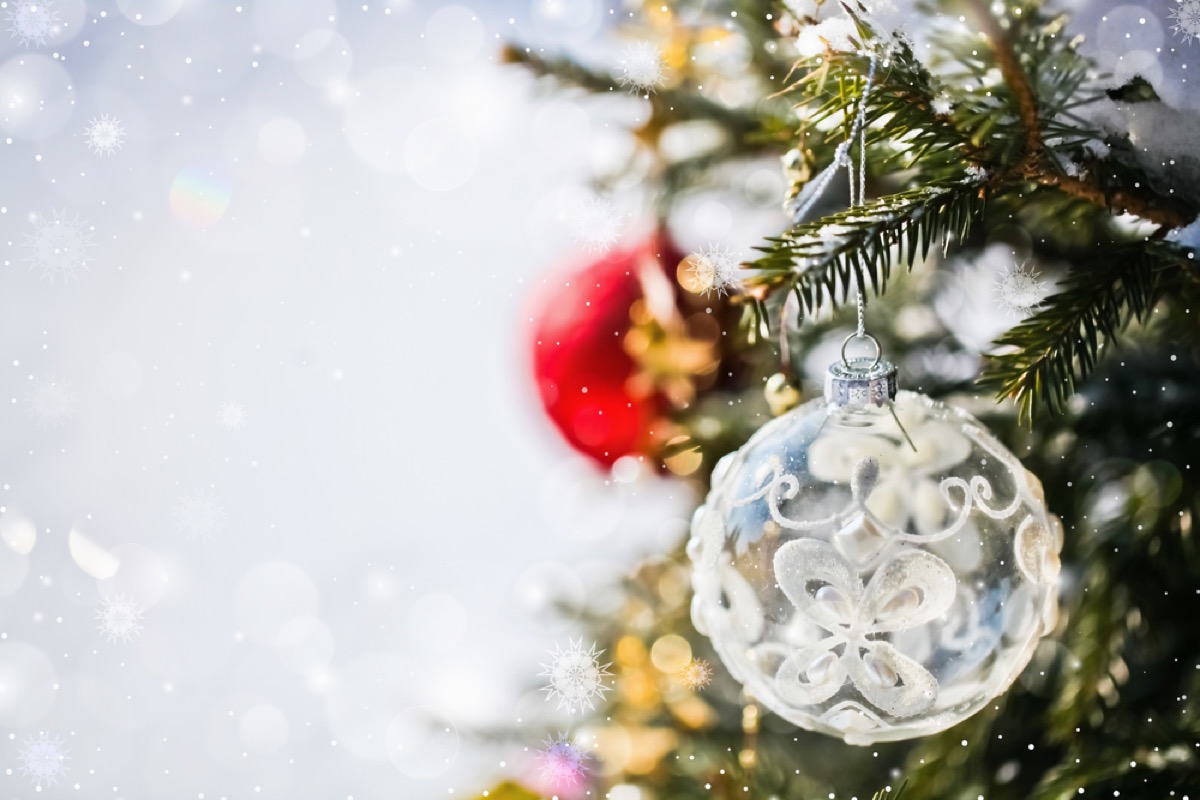 You probably thinned out that box of ornaments a few years back, but hopefully you didn't decide to dump that handful of glass ornaments because they looked outdated. Collectors still pay pretty good money for classic ornaments, with hand-blown German or Italian glass ornaments attracting hundreds of dollars on eBay and elsewhere.

There's a good chance you dumped your old VHS collection when you bought your DVD player. But you might have handed off a few worth a pretty penny if you weren't careful. A number of videos are worth hundreds, even thousands, of dollars. For example, the out-of-print "Black Diamond Edition" of Walt Disney's 101 Dalmatians is estimated to be worth $750. The same edition of The Fox and the Hound is estimated at $1,495. Darker stuff can be worth a good bit too: the ultra-rare grindhouse title Hitch Hike to H*ll has an estimated value of $400.

Most people just eat their boxes of cereal and dump the boxes, but it turns out there is a big market for classic cereal, with some fetching thousands—even tens of thousands—of dollars on eBay and elsewhere. From a "holographic imprinted" Batman cereal going for more than $8,000 to a Fruit Brute Monster cereal box going for $11,500, there's big money in breakfast. 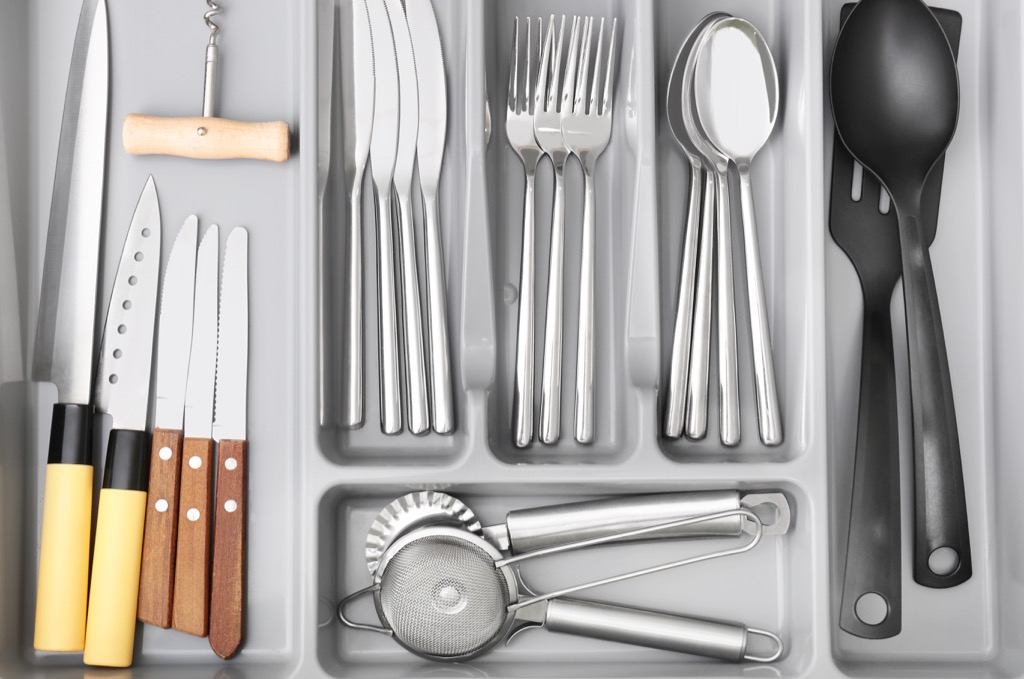 Sure, you may not really break out that set of your grandmother's silverware anymore, even for special occasions, but you'll want to think twice before giving it away. Sterling silver flatware from companies like Towle or Gorham can fetch thousands of dollars on eBay and elsewhere.

They hold your money, but it turns out these fun or odd figures with coin slots in their tops can make you some pretty good money too. A basic piggy bank might not be worth all that much, but a more unusual one, especially one with a mechanical feature, could, according to the Mechanical Bank Collectors of America, be worth tens of thousands. 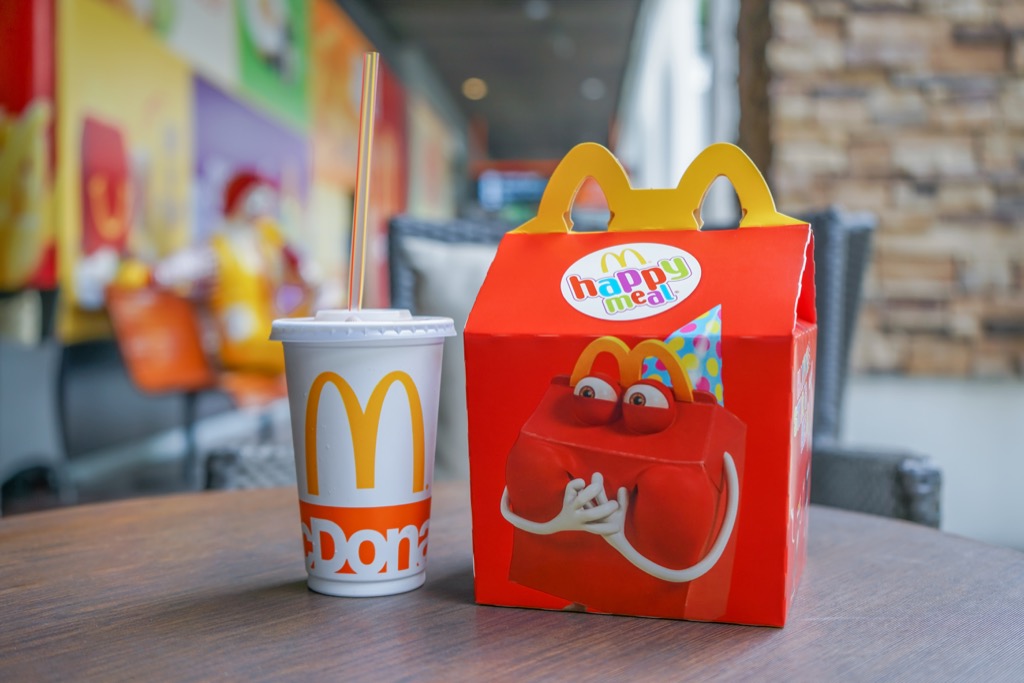 It's unlikely you saved all those Happy Meal toys from when your parents let you have McDonald's as a kid. But if you had, you'd be able to afford plenty of Big Macs. A full set of 1979 Underwater Monsters or the Teenie Beanie Boos of 2000 could pull in a few hundred bucks, if they're in good condition.

You might want to take a second look at that box of old books you were going to haul off to the library and donate. There can be big money in books, especially those that are rare or early edition ones. Buzzfeed broke down some of the most valuable of these available on eBay, from a first edition of The Adventures of Tom Sawyer going for $92K, to a fourth edition of the Book of Mormon with an asking price of almost $1 million.

For most of us, typewriters went the way of the dodo with the arrival of the computer. But those who held on to these vintage products might find they are more valuable than they are useful. While the vast majority of typewriters are anything but rare (after all, most households had one during the product's heyday), there are some rare ones that might not look like much, but could fetch a good amount of cash. For example, the Royal Quiet De Luxe portable typewriter is worth $374. An extreme example of this is the Lettera 32 Olivettri, which received more than a quarter million dollars at auction.

We usually think of costume jewelry as made of inexpensive materials that imitate the actual fancy stuff. But some types of costume jewelry has become highly valuable in its own right, fetching thousands of dollars in auctions. There are a handful of brands that are particularly money-making for sellers, including Weiss, Eisenberg, Hobe and Coro. Chances are you may have thrown it out thinking it was just cheap baubles.

That old Gibson may have been collecting dust since you gave up your Bob Dylan dreams after college, but brand-name guitars in good condition can fetch thousands of dollars or more on sites like Reverb.

That Apple I computer might not seem very useful for today's technology needs, but it sure is valuable (in 2014 one of the 1976 models sold at auction for $905,000). Pity the woman who donated her own machine to a California recycling center in 2015, estimated to be worth $200,000. There's a surprisingly robust market for vintage electronics—partly because most people dump their old models as soon as they get new ones.

Like old computers, certain types of vintage game systems are surprisingly valuable when still in good condition. For example, an original Game Boy (the 1992 version that came bundled with Tetris) can pull in more than $1,500. Rare video games can fetch even more. The gold version of the 1990 Nintendo World Championships cartridge (of which only 26 copies were produced) is worth more than $26,000, while the Atari game for E.T. The Extraterrestrial fetches more than $1,500.ae0fcc31ae342fd3a1346ebb1f342fcb 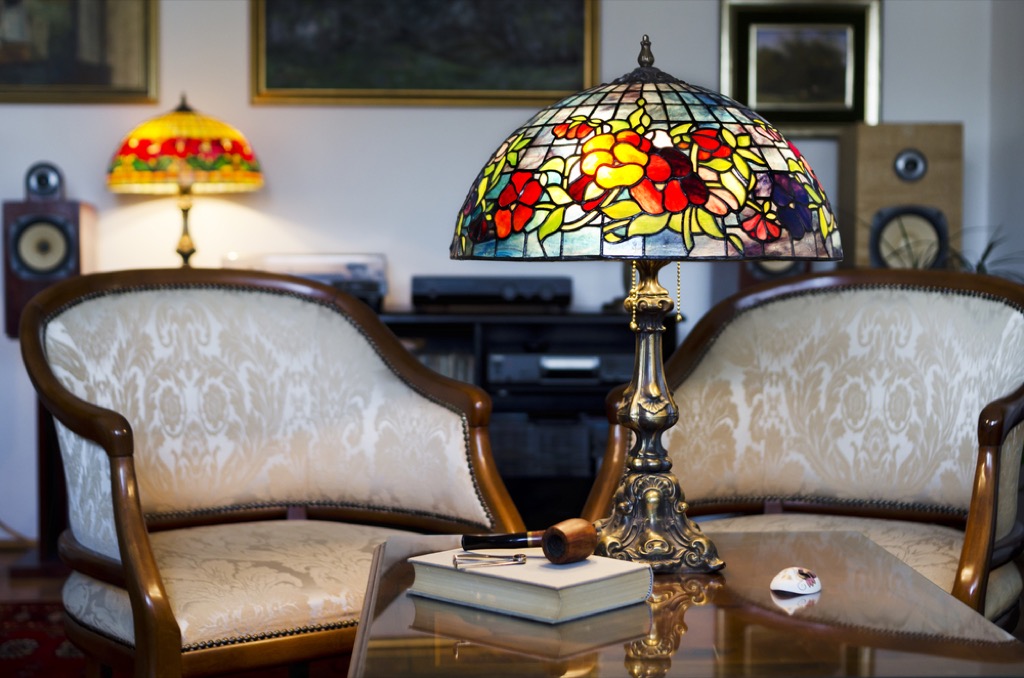 That old-fashioned lamp may have clashed with the rest of your modern furniture, but you should have thought twice about tossing it. Brand names like Handel, Pairpoint, and Fulper can command some sizable prices on the resell market. For example, an art nouveau Handel lamp was going for almost $1,000 on eBay, while a Handel leaded slag glass one was going for $950 at the time of this writing. 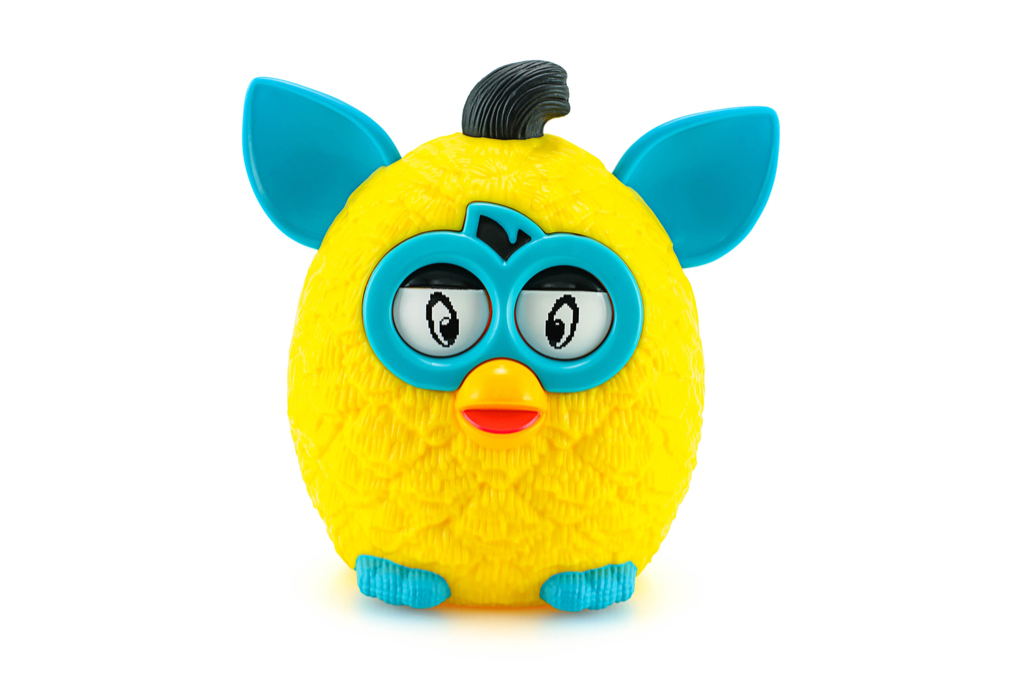 You probably gave away this creepy stuffed doll with moving eyes and beak because it was giving you nightmares, but one of these hit toys of the 1998 Christmas season could fetch you hundreds, even thousands of dollars.

Your dad's record collection might be hiding some valuable gems. As vinyl has enjoyed a renaissance as music fans return to a more classic sound, the value of many records has gone up—and some have gone way up. For example, according to Record Collector, a rare David Bowie album is worth £3,000 (about $3,800), while a first pressing of The Beatles' White Album can fetch £7,000 (about $8,900). 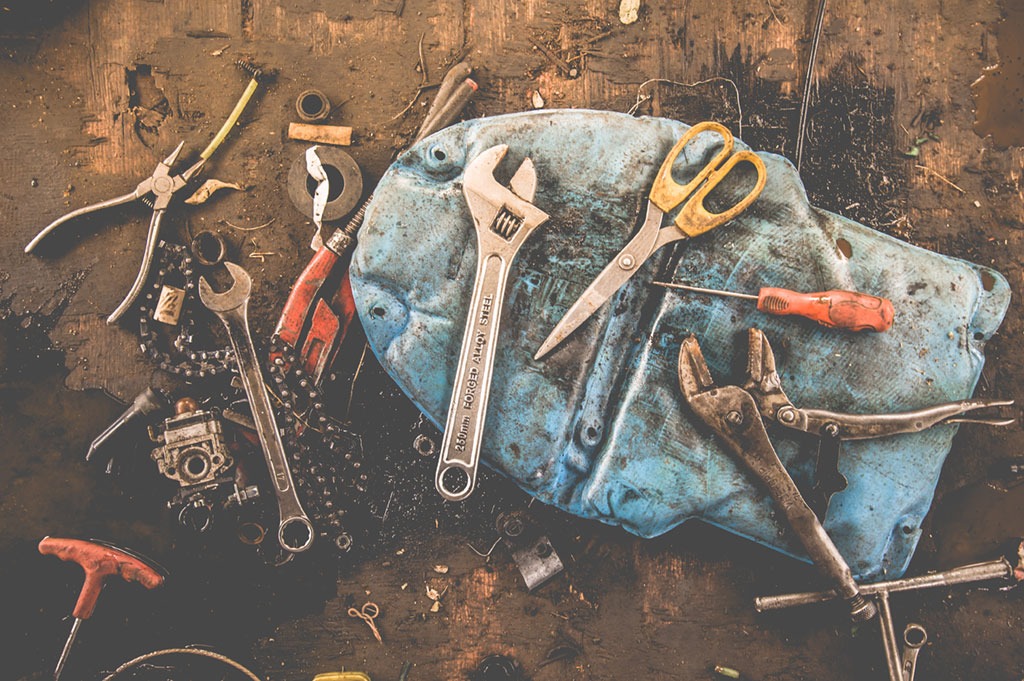 Most tool sheds have their share of random junk, but the tools themselves might be worth more than you'd expect. Classic tools fetch a pretty impressive price, and that's especially true of a few particularly high-value items. For example, a Chaplin No. 1 plane recently went for $7,700, while a rare John Deere Wrench (of which just 100 were made) sold for $16,500 last year.