The Most Surprising Celebrities Without Walk of Fame Stars

Some household names are among those that haven't received the Hollywood honor.

There are more than 2,400 stars on the Hollywood Walk of Fame, with plaques awarded for achievements in film, TV, music, and more. And while you can find big names like Cyndi Lauper, Lucille Ball, and Aretha Franklin on the Walk of Fame, other major icons like Beyoncé, Clint Eastwood, and Whitney Houston are noticeably absent. Whether it's because they haven't been nominated or because they turned down the honor, these are the celebrities who have yet to receive Hollywood Walk of Fame stars. For Hollywood history that could have gone down much differently, check out 50 Iconic Movie Roles That Almost Went to Someone Else.

There are a handful of accomplished celebs who went through the whole tedious process of getting approved for a star but then stopped short of setting a ceremony date. Denzel Washington is one of them, which is why the actor and director doesn't have a star, per Today.

And for stars you may not remember as scream queens (and kings), check out 30 Celebrities You Forgot Were in Horror Movies.

If you're wondering why neither E.R. nor his turn as Batman convinced the Walk of Fame folks to give George Clooney a star, well…those projects, along with the rest of his career, did. Like Washington, he's also put off scheduling the event. Not worth the trip from Italy, perhaps? 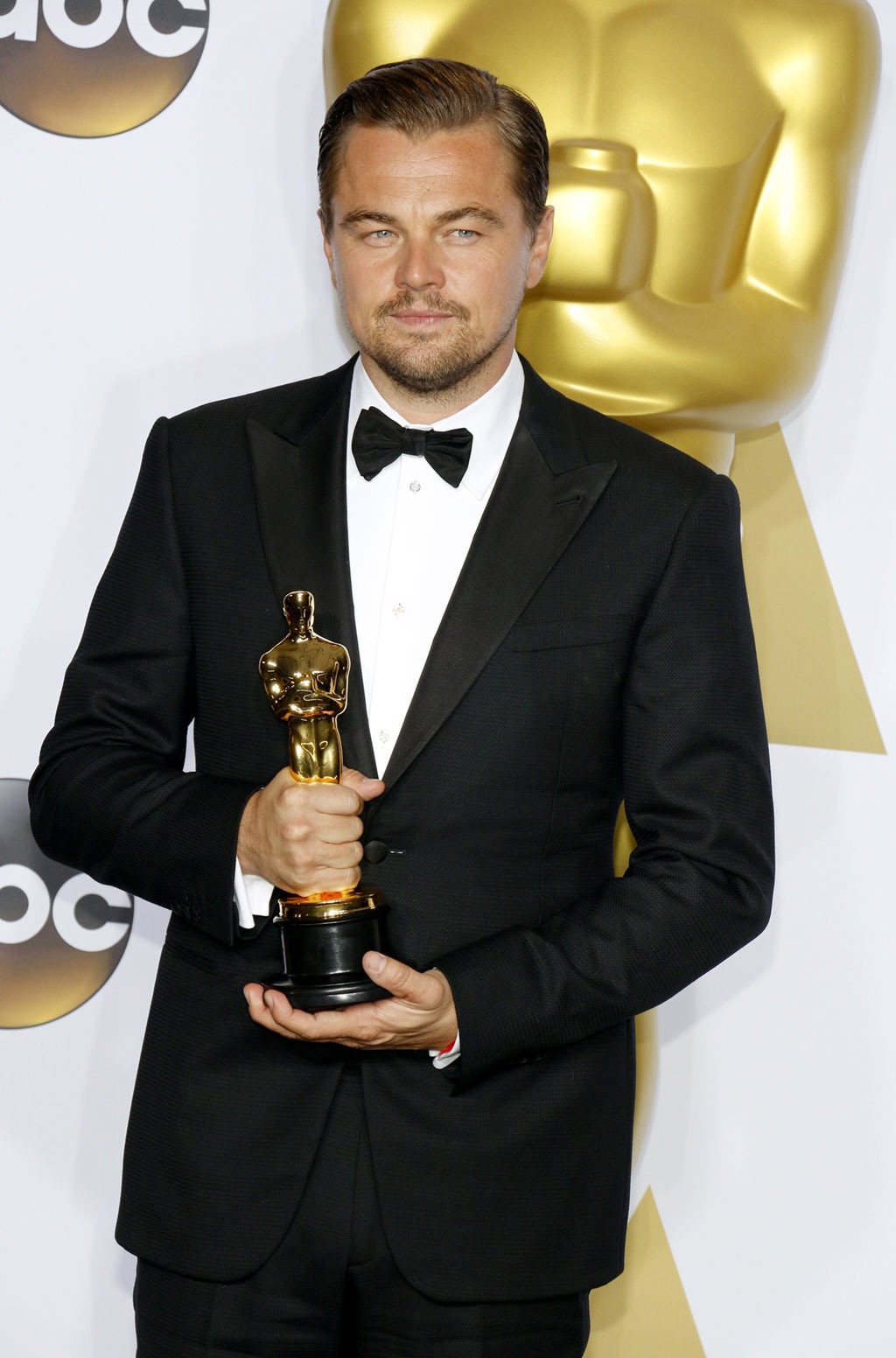 It infamously took Leonardo DiCaprio more than two decades to become an Oscar-winning actor. And though the movie star is now the proud owner of one of those small golden statues, he has yet to earn the privilege of a star on the Hollywood Walk of Fame. DiCaprio's Titanic co-star Kate Winslet received a star in 2014, but we all know how she is about making room for Jack—er, DiCaprio.

To see what DiCaprio's fellow '90s dreamboats look like today, check out The Biggest '90s TV Teen Idols, Then and Now.

Currently, beloved actor and writer Carrie Fisher doesn't have a star on the Hollywood Walk of Fame. That might change soon, though—at least if Fisher's former Star Wars co-star Mark Hamill has any say in the matter.

In June 2019, the actor tweeted in favor of removing President Donald Trump'sstar, writing, "I know just who should replace him… #AStarForCarrie." According to the rules of the Walk of Fame, Fisher won't be eligible for a plaque until the fifth anniversary of her death in 2021, but be on the lookout for the movement to pick back up then.

Among the athletes with stars on the Walk of fame are Terry Bradshaw, Paul Robeson, Johnny Weissmuller, and Sonja Henie. Not among them? Winner of six NBA championship rings, Michael Jordan.

For more memories from when Jordan was at the top of his game, here are 25 Reasons Why Being a Kid in the '90s Totally Ruled.

Though Destiny's Child received a star on the Hollywood Walk of Fame in 2006, Beyoncé has yet to receive one for her work as a solo artist. No matter—even without a star, Queen Bey has managed to win 23 Grammys and break barriers as the first black woman to headline Coachella.

Though she boasts a lengthy film career, extremely high profile, and a lifetime of humanitarian work, Angelina Jolie hasn't been given a star. Granted, the actor may not see the point of going through the whole rigamarole to get one, though her fans will likely argue that she deserves it anyway.

And for costars who didn't hit it off, here are 11 Beloved Movie Couples Who Clashed Behind the Scenes.

Likewise, Jolie's ex Brad Pitt hasn't scored an invite to get a star. It was just 2020 when he won his first Oscar, so perhaps this is the next honor he'll check off the list.

The music industry wouldn't be where it is today without Grammy-winning rapper and music mogul Jay-Z. He's launched a streaming service, he's founded a record label, he's opened popular sports bars all over the country—and yet, if you look for his name on the Hollywood Walk of Fame, you won't find it.

And for more celeb news sent right to your inbox, sign up for our daily newsletter.

One of the biggest names missing from the Hollywood Walk of Fame is Clint Eastwood. Why? As the Los Angeles Times explains in their Hollywood Star Walk guide, celebrities must be nominated, selected by a committee, and agree to the star in order to actually get one—and evidently, Eastwood hasn't ticked all those boxes.

Believe it or not, 21-time Grammy winner Kanye West does not have a star on the Hollywood Walk of Fame. However, the rapper seems to be more concerned with the star status of his wife: In 2013, he took to Jimmy Kimmel Live to tell the world that "there's no way that Kim Kardashian shouldn't have a star on the Walk of Fame." (As of the writing of this article, Kim has also yet to receive a star.)ae0fcc31ae342fd3a1346ebb1f342fcb

Just because "Purple Rain" singer Prince doesn't have a star doesn't mean he was never offered one. When the legendary musician passed away in 2016, Ana Martinez, producer of the Walk of Fame ceremonies, revealed to The Wrap that he had been approached twice about a star—and politely declined both times.

"He was on my wish list," Martinez said. "But he felt that it wasn't the right time."

George Lucas is the man responsible for the entire Star Wars universe. And yet, his name is noticeably missing from the Walk of Fame. Fellow directors Steven Spielberg, Quentin Tarantino, and Martin Scorsese all have stars. Lucas is somehow still waiting for his.

According to Whitney Houston's family, the singer never wanted a star on the Walk of Fame. "She didn't want people walking on her name," Pat Houston, Whitney's sister-in-law, told The New York Times.

Bruce Springsteen and the Hollywood Walk of Fame have a bit of beef. Some years ago, the committee that decides on which celebs get stars chose Springsteen—but since he never set a date for his public ceremony, he ultimately forfeited his spot.

After the incident with Springsteen, the committee decided to change their rules to state that nominees must promise to actually attend their ceremonies if they want to be considered. "We call it the 'Springsteen policy,'" Martinez jokingly told Today.

Judi Dench has won an Oscar, a Golden Globe, and a BAFTA award, but she's still waiting for her star on the Walk of Fame. Who needs a star on a sidewalk in Hollywood when you're a dame anyway?

The Deer Hunter actor Christopher Walken is well into his 70s, and yet he still doesn't have a star on the Walk of Fame. And we're not the only ones who are enraged about this fact: On Facebook, there is an entire group devoted to getting the actor his star.

He was the voice of Darth Vader in the original Star Wars movies. He played Mufasa in Disney's The Lion King. He starred alongside Eddie Murphy in Coming to America. Yes, James Earl Jones' list of accomplishments is long—but evidently, not long enough to earn him a spot on the Walk of Fame.

In 1990, following the release of her chart-topping album Like a Prayer, singer Madonna was nominated for a star on the Walk of Fame. However, according to Madame Tussauds, the pop star turned down the offer—and to this day, she remains starless.

Meg Ryan was once the go-to romantic comedy leading lady, but Hollywood—or more specifically, the Hollywood Walk of Fame—has yet to recognize Ryan's rom-com work with a star. Justice for Meg!

In December 2019, Rihanna made Billboard history (again) by becoming the first woman of color to stay on the Billboard 200 chart for 200 weeks straight. To say that the nine-time Grammy Award winner is a success in multiple areas would be an understatement: On top of her music career, she also owns and operates a flourishing beauty brand, a lingerie line, and a non-profit organization.

So, with all that said, we must ask, where is RiRi's star on the Walk of Fame? Snoopy and Lassie can have one, but not Rihanna?!

At the beginning of Pretty Woman, Julia Roberts (as Vivian Ward) can be seen soliciting potential customers on the Walk of Fame. The movie helped make her and co-star Richard Gere famous—and yet, neither of their names are anywhere to be found on the stretch of sidewalk. Roberts, at least, is getting inducted onto the Walk of Fame soon, but Gere is still patiently waiting.

What does a pop star have to do around here to get a star on the Walk of Fame? Taylor Swift has 10 Grammys, five No. 1 hits on the Billboard Hot 100 chart, and even an Emmy, but somehow she's still waiting to get her star status solidified on the famous sidewalk.

Screenwriter John Hughes is responsible for some of the most famous films of the '80s and '90s: The Breakfast Club, Sixteen Candles, and Home Alone, among many others. However, the committee behind the Walk of Fame has yet to recognize Hughes' far-reaching influence; though some of his best movies are already more than three decades old, the late filmmaker has not received a star.