Fans who purchased a special edition copy noticed something was off.

By Lia Beck
The product recommendations in this post are recommendations by the writer and/or expert(s) interviewed and do not contain affiliate links. Meaning: If you use these links to buy something, we will not earn a commission.

Fans who purchased the new book from music legend Bob Dylan found themselves disappointed—and eligible for a refund. On Nov. 1, the singer-songwriter's latest book, The Philosophy of Modern Song, was released. As reported by the Associated Press, some fans purchased special copies of the book that cost them $600, but due to what the publisher says was a mistake, anyone who bought one of these editions will now be issued a refund. The mistake stems from the signature in the book not being what it seems. Read on to find out why collectors are getting their money back.

READ THIS NEXT: See the Last Surviving Members of Jefferson Airplane Now. 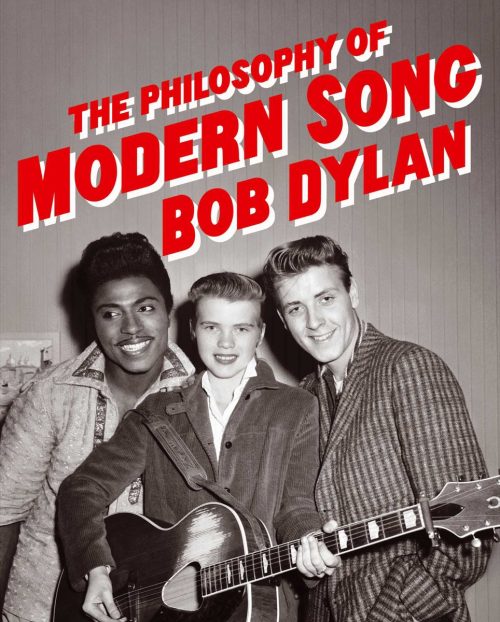 For The Philosophy of Modern Song, Dylan wrote essays about more than 60 songs by other musicians, including Hank Williams, Nina Simone, and Elvis Costello. According to publisher Simon & Schuster, while the essays "are ostensibly about music, they are really meditations and reflections on the human condition."

The book is Dylan's first since his 2004 autobiography Chronicles: Volume One, and also the first since he won the Nobel Prize for Literature in 2016.

Nine-hundred copies of Dylan's book that were said to be "hand-signed" were sold for $600. But, as reported by the AP, those who purchased them began comparing their copies online and discovered that the 81-year-old musician did not actually hand-sign them.

Instead, according to Variety, they were signed by an autopen, a device that can copy a signature in pen rather than through printing. Those who compared the signatures online found that several variations of signatures had been used, but the books that contained the same version were identical, which would be impossible with a hand-written signature.

The books also contained a letter of authentication from Simon & Schuster CEO Jonathan Karp. Per Variety, it reads, "You hold in your hands something very special, one of just 900 copies available in the U.S. This letter is confirmation that the copy of the book you hold in your hand has been hand-signed by Bob Dylan."

People who purchased the signed books have been comparing their copies online. One fan posted a photo of their book on Twitter and wrote, "I got mine. Definitely NOT a real signature. I have 3 actual Bob autos that look nothing like this. Anyway, glad I'm getting my money back. The letter is a complete joke."

Someone else wrote, "Maybe the funniest part of this whole thing is the Letter of Authenticity having a printed signature. If you're not gonna give me a real Bob Dylan autograph, at least give me a real Jonathan Karp autograph."

The publisher is issuing refunds.

According to Variety, when fans began emailing the publishing company about their concerns, they initially received an email that read, "We certainly understand any concerns you may have, however—Each individual copy of the limited signed edition of Bob Dylan's THE PHILOSOPHY OF MODERN SONG was personally signed by the author and is accompanied by a letter of authenticity from the publisher of Simon & Schuster."

But that soon changed. In a statement on Instagram on Nov. 20, Simon & Schuster shared that anyone who bought the book could get a refund.

"To those who purchased The Philosophy of Modern Song limited edition, we want to apologize," the statement reads. "As it turns out, the limited edition books do contain Bob's original signature, but in a penned replica form. We are addressing this immediately by providing each purchaser with an immediate refund."

Lia Beck
Lia Beck is a writer living in Richmond, Virginia. In addition to Best Life, she has written for Refinery29, Bustle, Hello Giggles, InStyle, and more. Read more
Filed Under
Books • Celebrities • Entertainment • Music • News
Read This Next
Latest News
Read This Next