Sometimes it's A-OK to succumb to your shopping urges.

Every time you go to Costco to pick up the essentials, you're bound to run into tons of items that aren't on your shopping list. After all, the average Costco store is about 145,000 square feet; naturally, the warehouse is stocked with far more than just bulk quantities of milk, eggs, and olive oil.

But with so many products, how is one to distinguish the worthy impulse buys from the ones that should be ignored? Well, we've done the hard work for you. Read up on the best impulse buys Costco has to offer. (Hint: Many of them are edible.)

Any gift card you come across at Costco is going to be discounted in some way. Sure, you might not need $100 toward movie tickets or massages right now, per se, but you'll definitely find use for it in the future. And paying $75 or $85 is always better than paying $100. 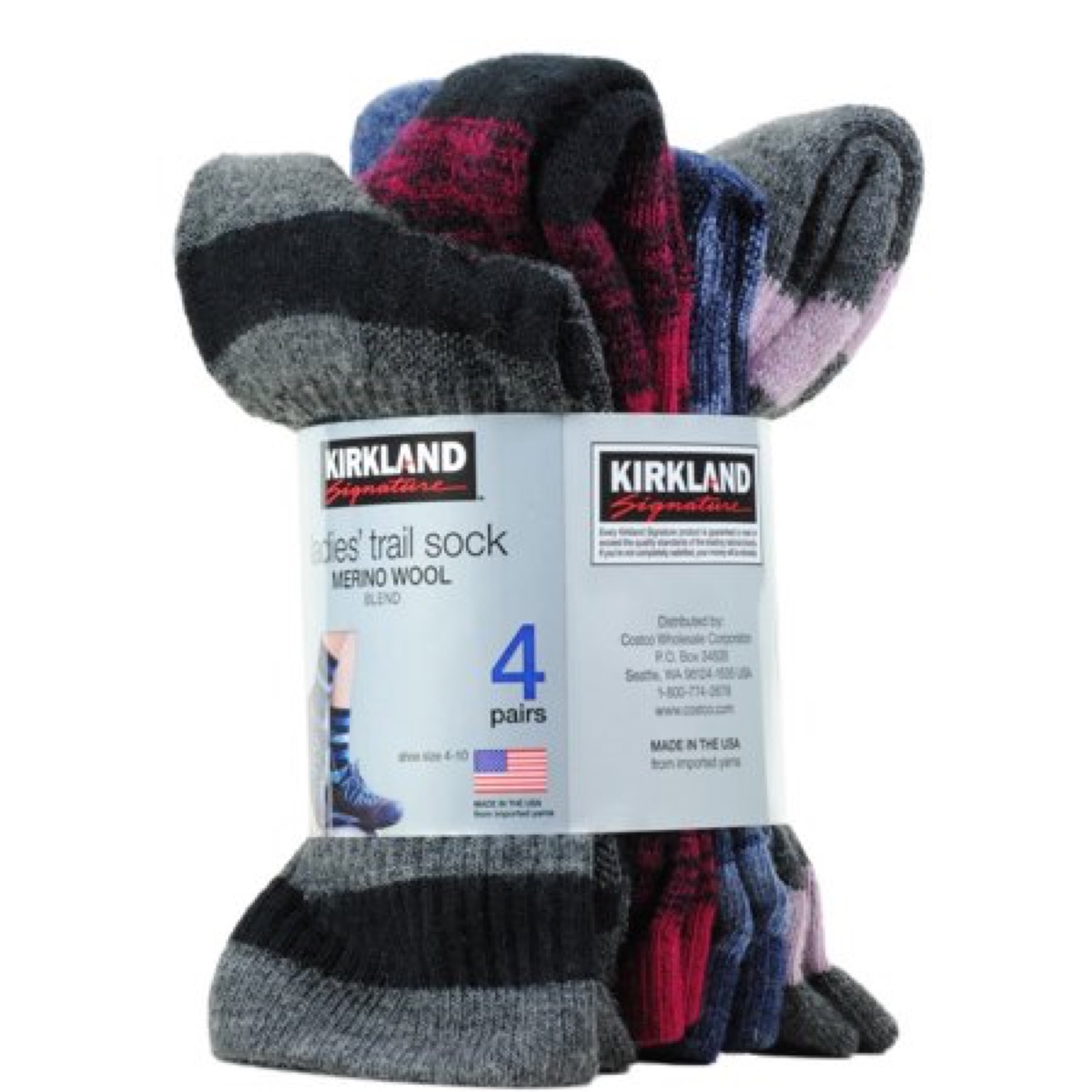 You shouldn't let yourself leave Costco without a pair of Kirkland Signature wool socks. According to the Krazy Coupon Lady, the Costco-brand socks are "just as toasty" as the popular Smartwool socks. The only difference is that a four-pack of Costco's sells for around $17, while the Smartwool socks are $20… per pair!

Costco also sells quite a few brand-name beauty products, but you'll have to act fast if you see something in the store that you want. These types of luxury deals at Costco constantly come and go, so if you come across your favorite CC cream or self tanner on sale, don't hesitate to snatch it up and bring it home with you. 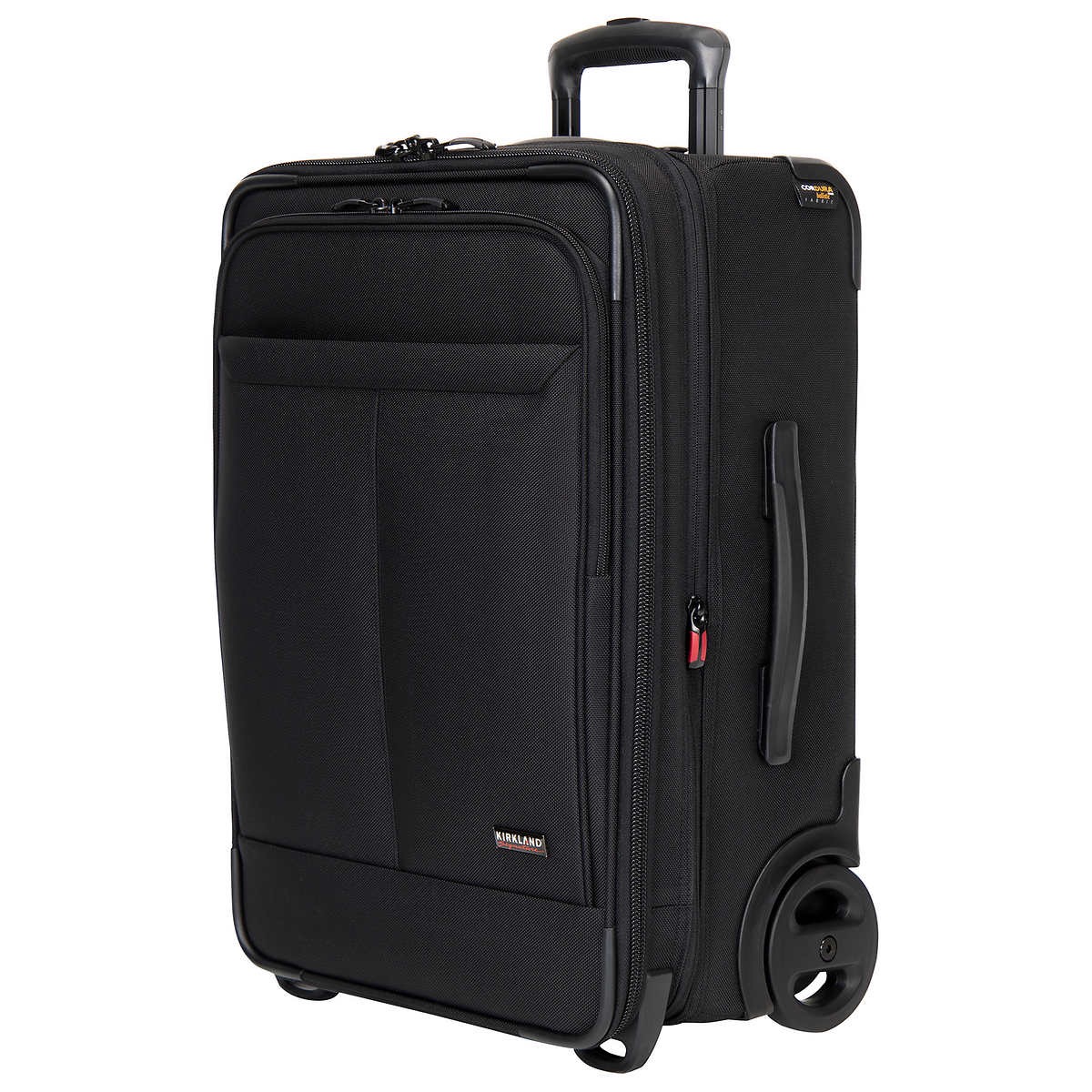 Your intentions might not be to go to Costco to buy new luggage, but that doesn't mean that you can't—or shouldn't—leave the store with a new carry-on in tow.

When Consumer Reports reviewed various luggage outlets, they gave Costco's signature luggage line high ratings for durability and ease of carrying. And it definitely doesn't hurt that the generic brand luggage is significantly cheaper than most of its competitors.

Hiding amongst the sweatpants and socks at Costco are a surprising number of designer products. Right now, for instance, available items include a Kate Spade crossbody, a Citizen watch, and Badgley Mischka sunglasses. Normally, expensive impulse buys are a huge no-no, but discounted designer impulse buys are always an exception. 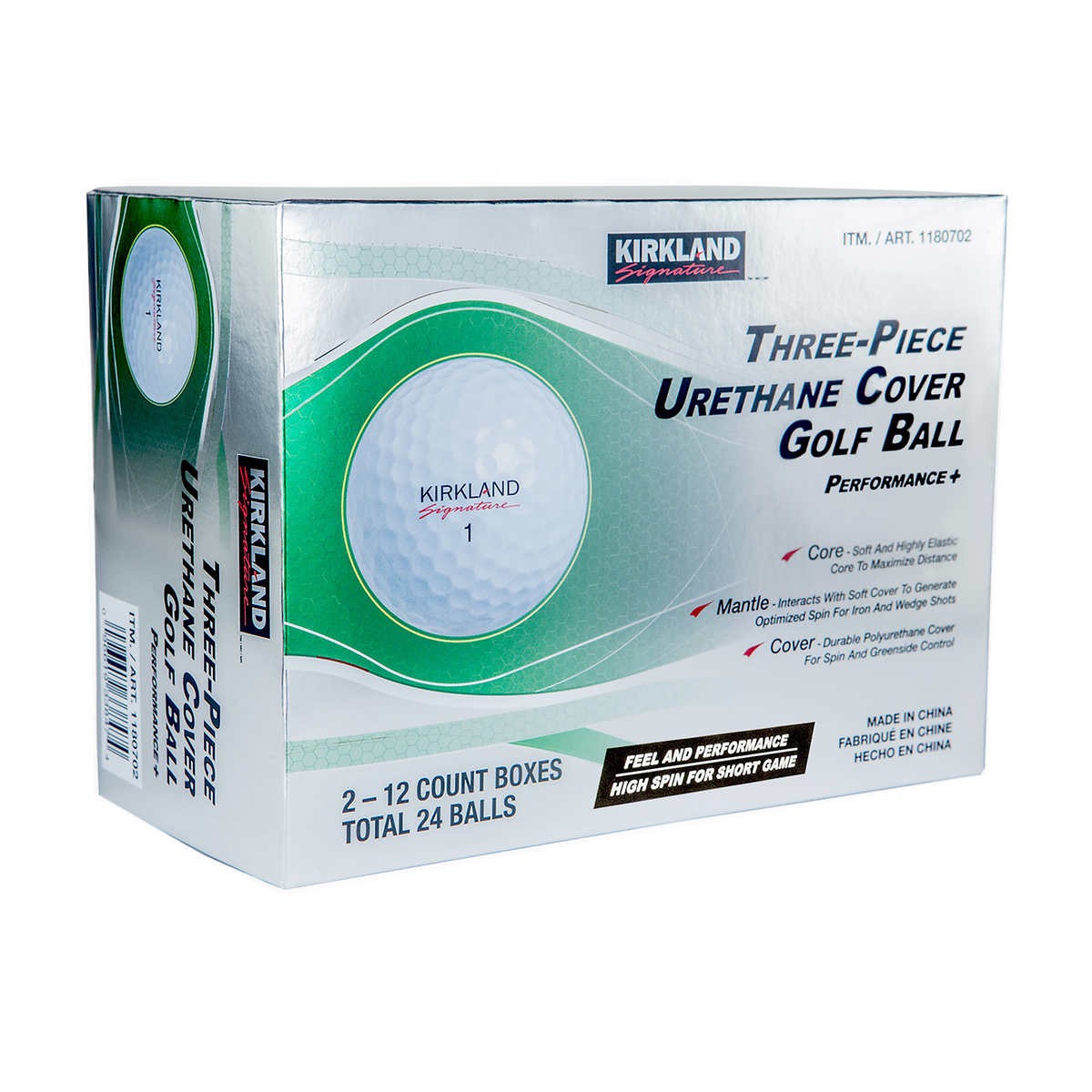 If you spend any time at all on the green, then consider picking up some Kirkland Signature golf balls on your way to the checkout lanes. When these made their debut a few years back, they quickly took the golf world by storm. Reviewers have even found that the discount golf ball outranks Titleist's in a number of categories. 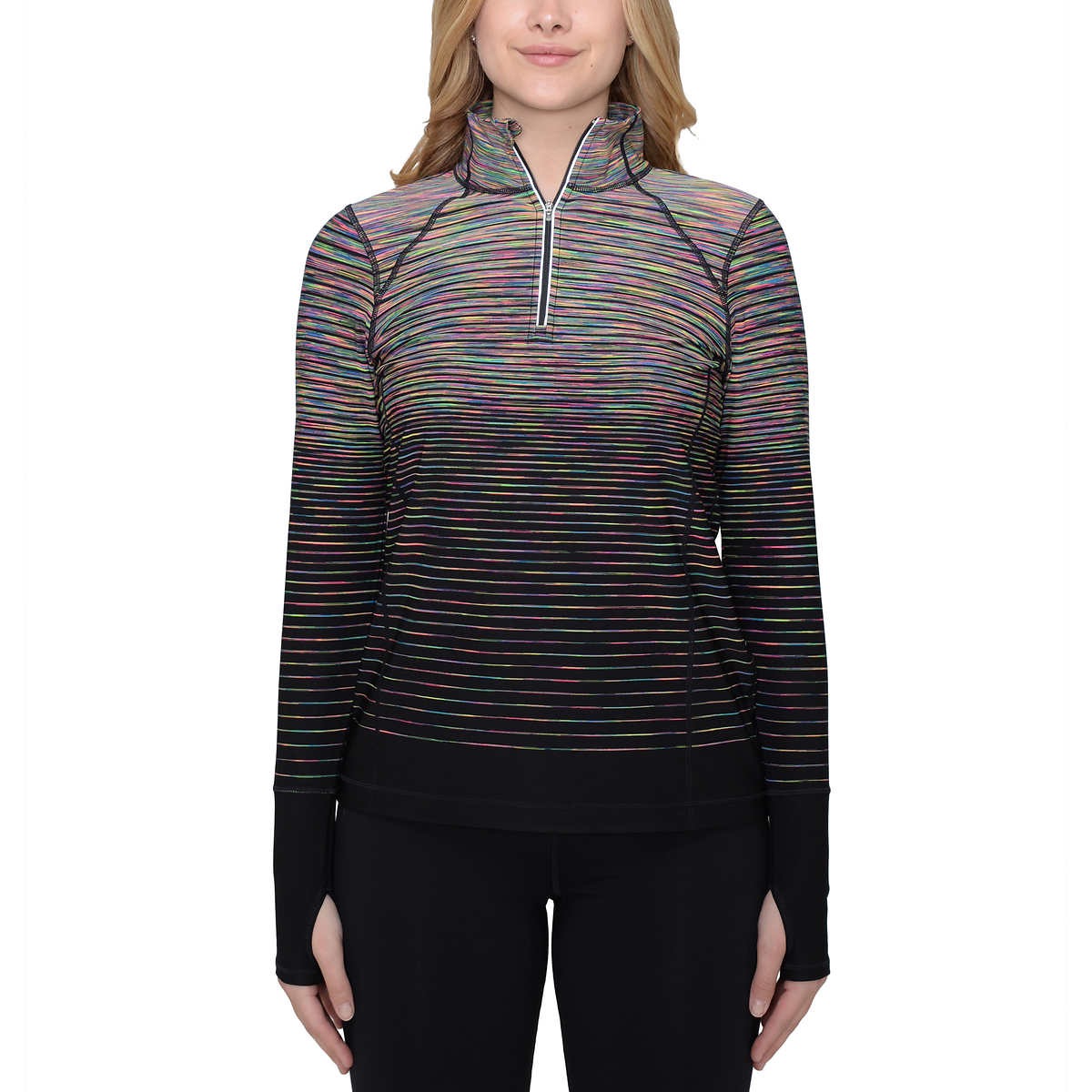 If you're already athletic, then a quick trip through Costco's activewear aisle could result in you discovering your new favorite workout pants or pullover. And if fitness isn't your bag, then a few cheap Kirkland pieces may just help jumpstart your fitness goals. 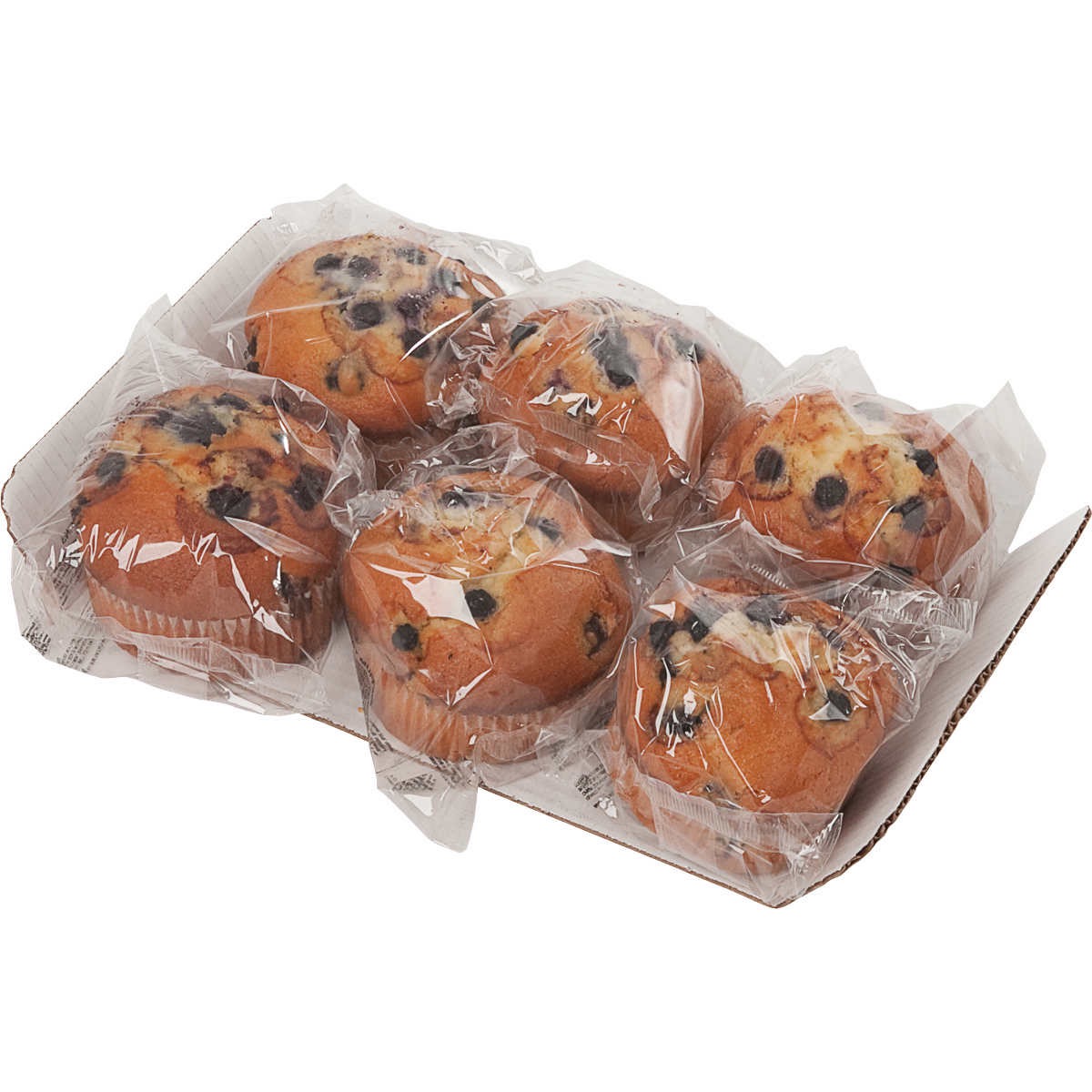 Are Costco's muffins healthy and/or diet-friendly? Not in the slightest. However, that doesn't mean that you should deprive yourself of this flavorful baked good. Costco's fresh muffins are one of the store's most popular products—so popular, in fact, that the internet is filled with copycat recipes.

There's a reason why Costco sells more than 100 million hot dogs annually. Members and non-members alike can visit the store's food court and, for just $1.50, get an unbeatable hot-dog-and-soda combo deal. With such a cheap price tag and the prestige of being deemed "the best hot dog in the country," you'd be silly not to grab a quick lunch on the way to your car.ae0fcc31ae342fd3a1346ebb1f342fcb

Don't worry if hot dogs aren't your thing, because Costco's food court still has you covered. Recently, the warehouse unveiled a $5 fresh açai bowl complete with puréed açai, Kirkland granola, and fresh fruit. Even if you didn't head to Costco with the intention of ingesting a full meal, it's hard to turn down a healthy treat that costs $15 elsewhere.

The only thing better than sourdough bread is freshly baked sourdough bread. And Costco sells a three-pack of sourdough loaves specifically designed to be baked at home for a few minutes and crisped to perfection. "Take it out and in 12 mins, you have a real treat," says one Amazon reviewer. Loaves of bread might not be a grocery essential, but they're not an impulse purchase that you or your taste buds are going to regret, either.

Costco has its pizza-making process down to such a science that it'd be impossible not to grab a slice on the go. As Kaiwan Zhao, a Costco supervisor, explained: "We never shortcut the ingredients. Everything is measured to standard. … We spend a lot of time on dough management—it normally takes 24-27 hours for a dough to be ready to press. Any pizza slice that doesn't sell within the hour gets thrown out and replaced to maintain freshness."

Not sure what to serve for dinner? Just pick up one of Costco's $5 rotisserie chickens. The braised birds are such a hot commodity that in 2018, the store announced that it would be building its own production facility specifically to keep up with rotisserie chicken demand.

I scream, you scream, we all scream for Costco ice cream! Even Consumer Reports can't resist a pint of Kirkland Signature vanilla every now and again. In a review of the best and worst Costco products, they described the frozen dessert as "full and dense with big dairy flavor and complex vanilla-extract flavor."

Sure, the dessert is meant to serve dozens of people, but for under $20, you might as well just split a single sheet cake up and make it last awhile. Or, use it as a great excuse to throw a get-together! 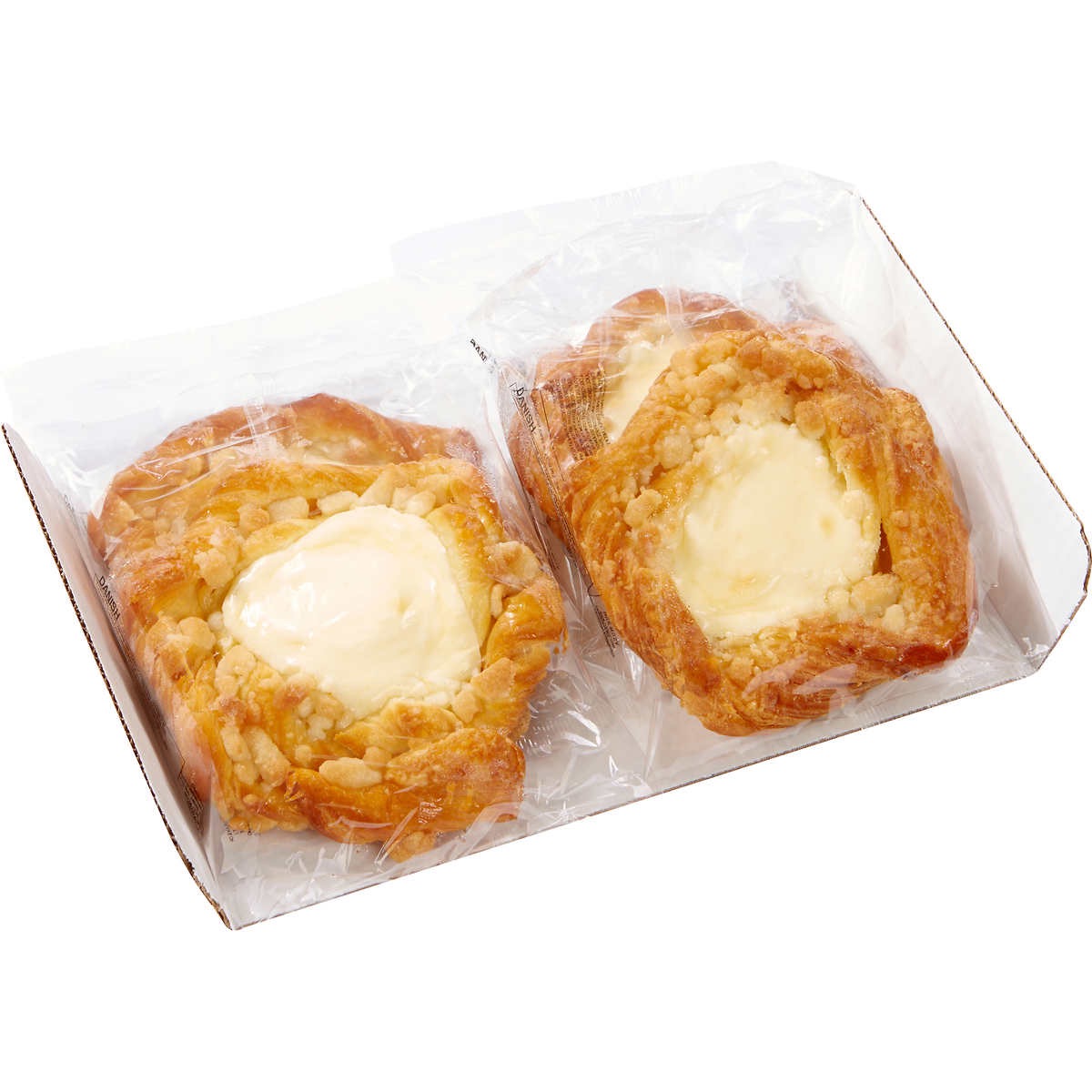 "I drive three hours away to… the closest Costco to where I live to get [the cheese danishes]," one devout Costco shopper told Real Simple on Facebook. "[I] even did that trip the week before my son was born!" And if a woman who's nine months pregnant is willing to drive three hours to pick up a cheese danish, then you can bet that it's worth every penny—even if you didn't intend on buying it in the first place. 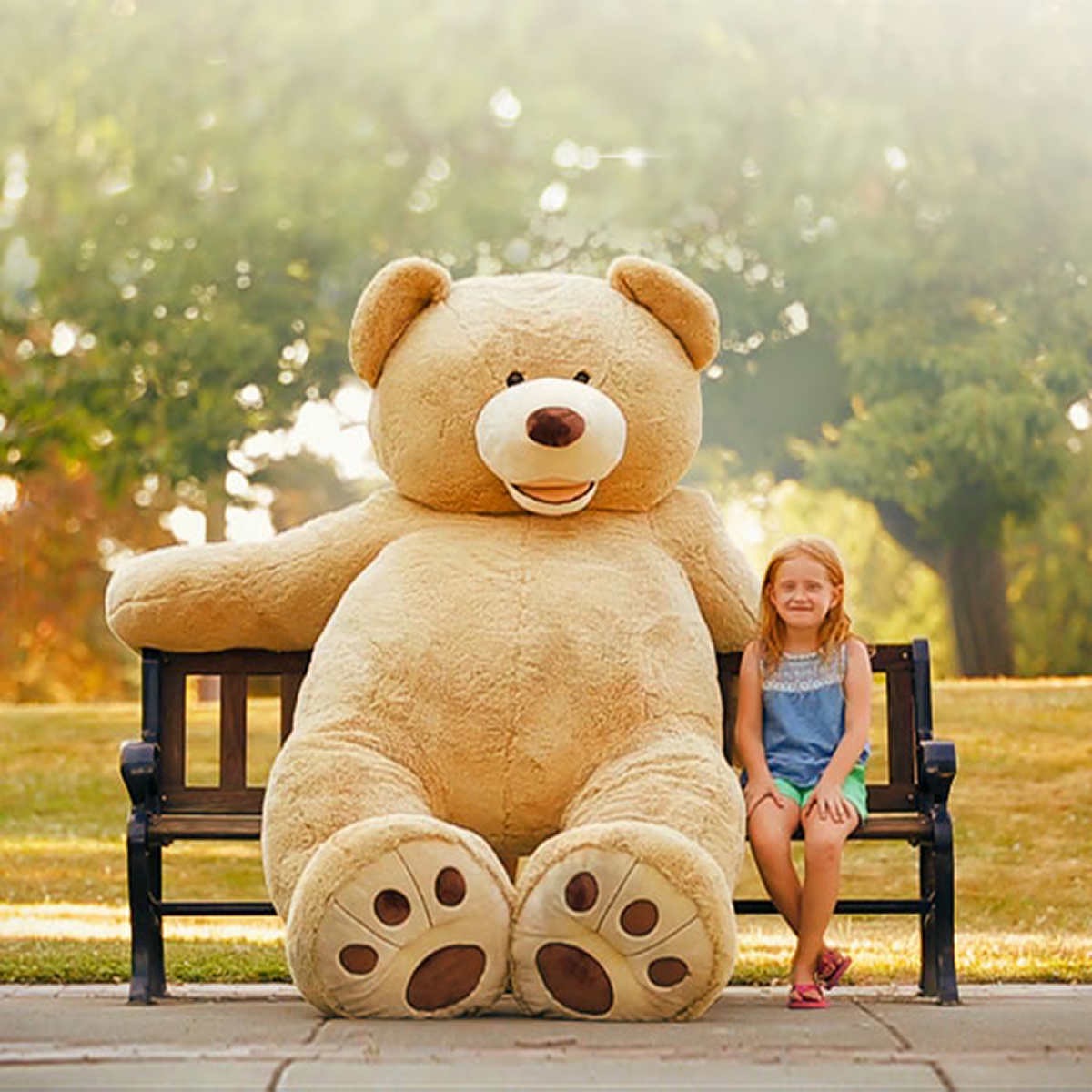 Costco's seasonal 93-inch plush bear is a cult classic. Kids, of course, love the towering teddy bear for obvious reasons, but even adults rave that the toy is a stress reliever. "As soon as I hugged him, all my stress melted away, [and he is] much cheaper than going to a therapy for stress relief," one happy customer wrote on Costco's website.

With a price tag of $290, you should definitely think at least a little bit before you buy this bear. But if you go for it, you won't regret it. And for more Costco-related guidance, here are 20 Costco Shopping Secrets Only Die-Hard Regulars Know.