Angelina, are those hieroglyphics?

Everyone's signature, like an inky snowflake, is different. But some signatures tend to garner more attention than your everyday signed check—namely, celebrity autographs. Because there's no formula for perfection—and because these people likely get asked every day to hand over their Hancock—many A-listers have signatures that look more like a toddler's chicken scratch than an adult's namesake.

Authors and artists, actors and actresses, auteurs and athletes—celebrities from all walks of life can't seem to nail down the simply art of writing one's name. For proof, read on. We've rounded up the most egregiously illegible signatures on the planet. You'll never feel bad about your own ever again. And for more hilarious A-lister trivia, don't miss the 30 Wildly Entertaining Photos of Celebrities Using Public Transportation.

The pop star might kill it on the stage and in the studio, but, as this toddler-like scribble shows, she's still got a ways to go with a pen and paper.

Mel Gibson puts passion into every one of his performances, but the same can't be said of the actor's autographs.

He might be able to assassinate aliens and survive the apocalypse, but if there's one thing Will Smith can't do, it's write his own name. And for more hilarious celebrity antics, check out these 25 Funny Pranks from the Sets of Your Favorite Movies.

Given how ubiquitous the Hilton name is, you'd think that Paris Hilton would actually know how to write it.

Pablo Picasso is well-known for interpretive artwork that lines the walls of museums and private galleries around the world. It looks like his signature is "interpretive," too.

Robert Pattinson made it big after scoring the lead role in the Twilight series. But despite the sheer amount of autographs the actor had to sign during the franchise's heyday, it seems he still doesn't quite understand the difference between his name and a straight line.

David Bowie was one of the best songwriters of a generation—but, though the musician wrote countless timeless hits, he never quite managed to write a legible autograph.

Angelina Jolie may bring an irresistible magnetism to every role—assassin, hacker, tomb raider—but the simple task of writing her own name eludes her. As you can see, this chicken scratch looks like it was unearthed from an ancient tomb.

Apple executive Tim Cook is a technology whiz, after all, so it figures that using a pen and paper is a skill that he's long forgotten.

Heath Ledger might have given his all to every role he ever undertook—he's arguably the best Joker the world has ever seen—but his signature looks more like a kindergartener's doodles than a once-in-a-generation actor's autograph.

Maybe if J.K. Rowling had a magical wand to sign autographs, then her signature wouldn't be so illegible. And if you love Harry Potter, then check out the 35 Ways Harry Potter Is Still Crazy Relevant.ae0fcc31ae342fd3a1346ebb1f342fcb

Tough guys just want to be misunderstood, and, with this mysterious text, actor Sylvester Stallone certainly attained that.

The Top Gun actor didn't even try with this one.

Meryl Streep's acting career should speak for itself, so there's no need to decipher this chicken scratch.

Thom Yorke has managed to leave a serious mark on the music industry, both through his main act, Radiohead; his side gig, Atoms for Peace; and his solo work. Put his name to paper, though, and that seriousness disappears.

Now that legendary New York Yankees shortstop Derek Jeter is retired, he'll have plenty of time to work on his signature. 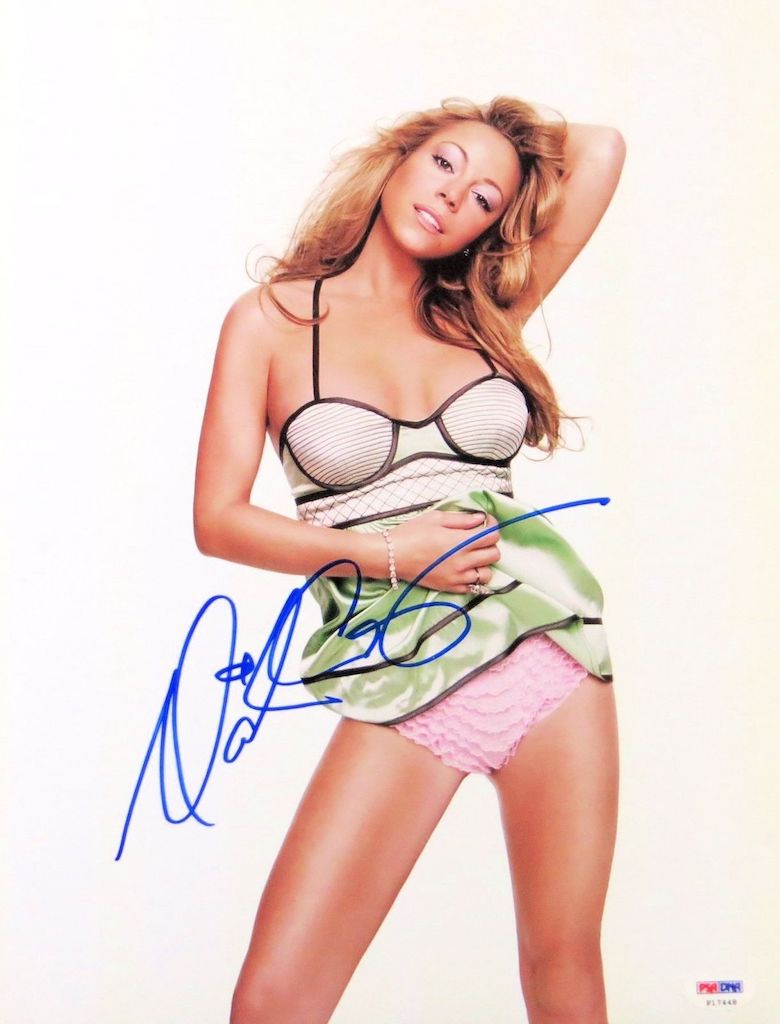 Sure, she can hit the high notes, but can she spell her own name?

The Godfather actor's signature conveys a quiet deviousness—similar to what Pacino brought to the screen.

This incredibly accomplished actor is too busy jetting around the world to worry about his penmanship.

The CEO of Facebook, just like the rest of us, yearns to convey importance in his signature. Though, unfortunately for Mark Zuckerberg, this one conveys nothing more than confusion.

Like any other great work of art, one must turn their head in every direction to truly see the hidden message in the legendary painter's signature.

A question: Isn't Usher only one word?

Given that his signature is on every single piece of paper currency in the United States printed from 2013 to 2017, you'd think that former U.S. Secretary Treasury Jack Lew would want his name to be a bit more legible.

While Keanu Reeves is skilled on the big screen, displaying impressive driving feats and "gun-fu" skills in films as disparate and groundbreaking as John Wick and The Matrix, his autograph efforts are less than impressive.

Lady Gaga might be a pop icon that teens everywhere look up to, but nobody should try and copy her chicken scratch signature.

Actor Tom Hanks' signature is like a box of chocolates: you never know what you're going to get.

While John F. Kennedy may have handled other presidential matters with ease and accuracy, it's clear that perfecting a signature was the least of his worries in the White House.

It's safe to assume that director Wes Anderson doesn't jot down his movie plots in the same handwriting that he writes his signature in—otherwise, there'd be no movie. And calling all film buffs: don't miss the 50 Iconic Movie Roles That Almost Went to Someone Else.