When a two-lettered word changed the course of cinematic history.

We've all turned down a job or two in our careers that kept nagging us afterwards. Maybe the pay wasn't quite enough, the commute was hell, or you just felt the move was too "lateral." Whatever the reason, you can't help but wonder every now and then: "What if?" Well, imagine for a moment that the job you turned down wasn't that management consulting gig on the far side of town.

It was in Harry Potter.

Now, we're not sure what that feels like, but Sir Ian McKellen sure does. As The Lord of the Rings actor revealed in a radio interview with the BBC this week, he passed on the role of Dumbledore after the first actor to play to part passed away. "Sometimes, when I see the posters of Mike Gambon, the actor who gloriously [went on to play] Dumbledore, I think sometimes it is me," McKellen joked.

He's not alone in changing the course of cinematic history with a single two-lettered word. Matt Damon stiff-armed Star Trek. Mel Gibson shut the door on Gladiator. And you wouldn't believe who turned down the chance to dodge bullets as Neo in The Matrix films but said #sorrynotsorry instead.

So enjoy this stroll through a Hollywood alternate universe, and remember: it's better to get a job offer and refuse than to not get an offer at all, so here's how to ace your interview.

After Richard Harris—that's the guy who originally played the wizened headmaster—died, producers approached McKellen about taking the role. Apparently, Harris once remarked that McKellen was "technically brilliant, but passionless." McKellen was having none of that, and couldn't take over a role previously held by someone who disregarded him. "I couldn't take over the part from an actor who I'd known didn't approve of me," he said. As it turns out, sometimes you shall pass.

2
Sean Connery passed on Lord of the Rings

In a move that would've shaken—not stirred—up the quintessential fantasy franchise, Sean Connery almost starred in Lord of the Rings. Who would the original 007 have played? Well, none other than the classic role of Gandalf. Connery apparently didn't understand the script, though, and thus couldn't take the part. Huorë hirina ná úsenwa nómessen. Yeah, we also can't tell the difference between Elvish platitudes and Connery's feeble attempts at clear annunciation. Can you imagine James Bond portrayed as an alcoholic, emotionally unavailable international man of mystery? Oh. Okay, well, what if he had literal bones of steel and knives for fingers? And… there it is. Hugh Jackman turned down perhaps the most classic role of all time because, apparently, he didn't want to be boxed in. He preferred to play a role that wouldn't typecast him quite so much, that would leave doors open in his career—which is why he decided to play the same character (that's Wolverine, from X-Men, for those under a rock) for 17 years.

How does that saying go? Life is like a box of chocolates… Well, we almost got John Travolta as titular character in Forrest Gump—or as he'd call the classic role, Friggust Gimpo. Luckily for us, this didn't pan out. To quote from the film's eventual theatrical poster, "Tom Hanks IS Forrest Gump." We can't imagine it any other way. 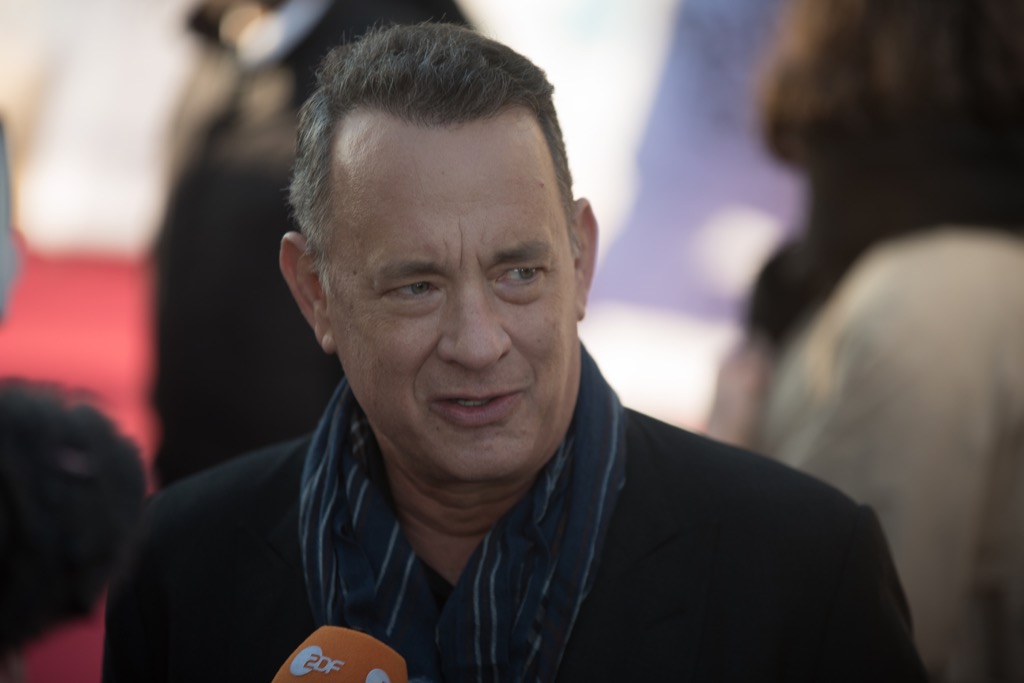 Believe it or not, Jerry Maquire was written with Tom Hanks in mind. However, Hanks was too busy directing the musical-comedy That Thing You Do!—surely you have heard of this instant classic—to take the part. Thus, the classic role went to Tom Cruise, whose portrayal of the eponymous character had us at "hello."

After Braveheart, The Patriot, and Lethal Weapon, Mel Gibson has time and again proved he can embody a rage-filled man from a long-gone historic era. So, naturally, he was offered the part of Maximus, in Gladiator—a Roman solider turned gladiatorial arena slave, who happens to be very pissed off. But Gibson turned it down, on account of being too old for the role. (The Patriot, as it so happens, came out in the same year.) The classic role went to Russell Crowe instead. Crowe has since proven exceptionally competent at playing rage-filled men from long-gone historic eras. 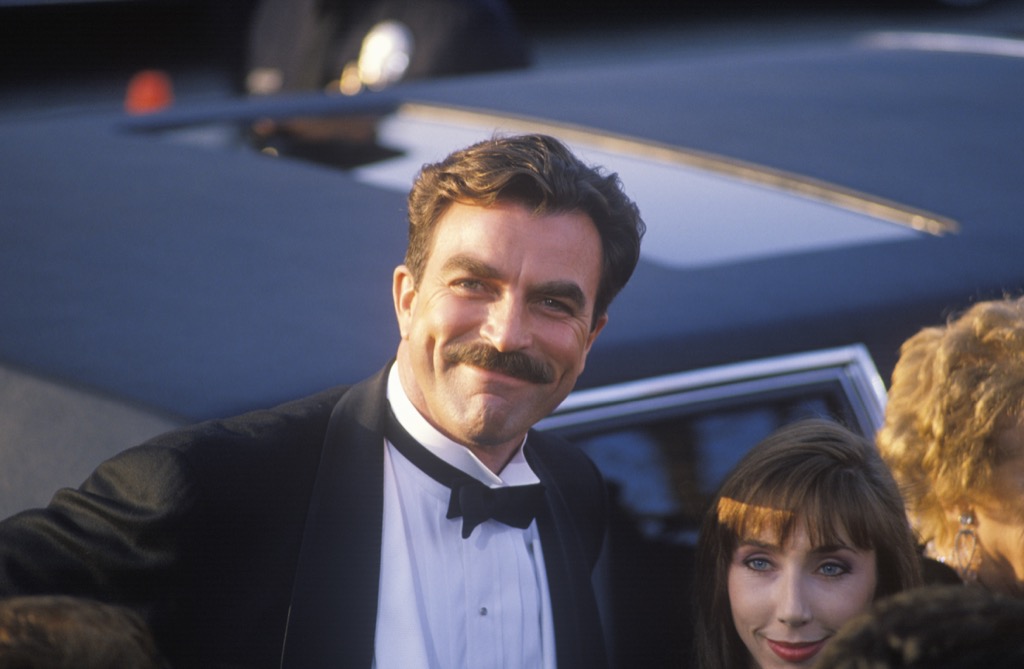 Hot off kicking ass as Han Solo, Harrison Ford positioned himself for another George Lucas–penned classic role: Indiana Jones. Thing is, Lucas and director Steven Spielberg had another guy in mind. Yes, the original choice to play the world's only cool archaeologist was Tom Selleck (and his mustache). However, as Selleck told David Letterman, he was contract-bound to shoot Magnum P.I.—CBS wouldn't let him gallivant off to raid lost arks.

8
Jack Nicholson passed on The Godfather 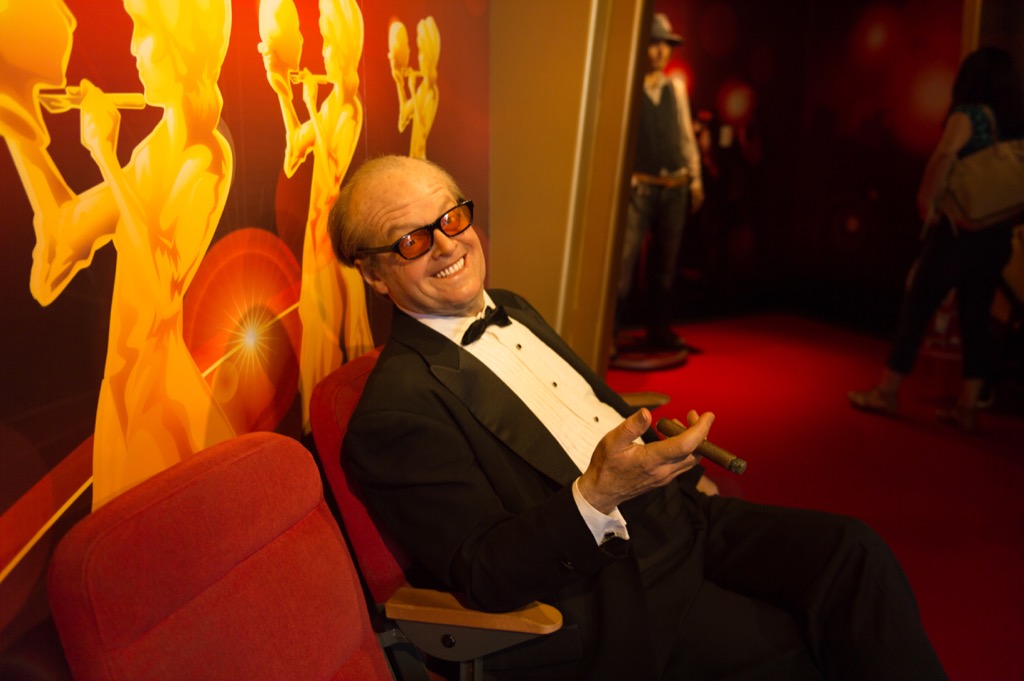 Jack Nicholson has proven adept at playing a mobster, as we saw in his portrayal of Whitey Bulger—whoops, Frank Costello—in The Departed. But get this: Nicholson was also allegedly offered the role of Michael Corleone in The Godfather. Michael Corleone, the classic role so perfectly embodied by Al Pacino it's impossible to imagine anyone else playing it. Nicholson must be clairvoyant, because he knew the part was right for only Pacino, and subsequently turned it down. Sometimes you just gotta leave the job—and, of course, take the cannoli.

9
Will Smith passed on The Matrix

The Matrix, with its Philosophy 101 postulating, groundbreaking (for the time) special effects, and hyper-stylized world building, changed the landscape of film. (Plus, it led directly to the creation of John Wick, which—despite what all you fans of The Godfather say—is the greatest movie of all time.) But before Keanu Reeves changed the world as Neo, that classic role was offered to Will Smith. Can you imagine the lively Smith playing the part inhabited by a stoic Reeves? Alas, we don't have to imagine; Smith took the blue pill, and turned the role down. There is only one person who can play The One.

10
Everyone passed on American Psycho

Johnny Depp, Edward Norton, Leo DiCaprio, Brad Pitt, and Ewan McGregor all passed up a golden opportunity to wear stupid shirts, do 1,000 crunches a day, and drop chainsaws on beautiful women. In fact, DiCaprio and McGregor both, at different points, accepted offers for the classic role of Patrick Bateman. DiCaprio eventually bowed out to maintain his post-Titanic heartthrob status, while Christian Bale himself lobbied McGregor to leave the role to him.ae0fcc31ae342fd3a1346ebb1f342fcb 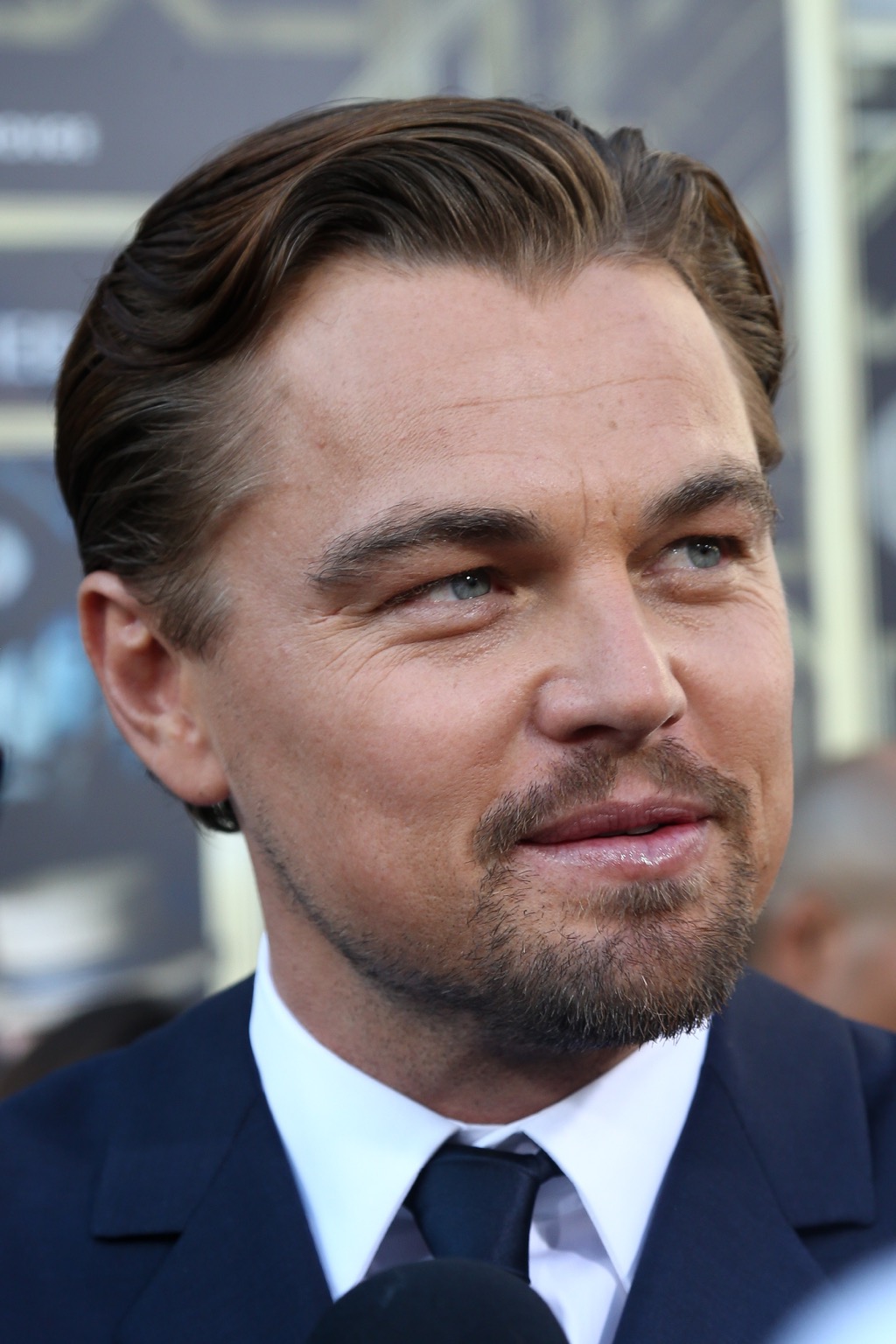 Passing on Patrick Bateman isn't the only classic role Leonardo DiCaprio turned down; he also had a chance to be the iconic Dirk Diggler, from Boogie Nights. Alas, as we are all aware, DiCaprio was on a Sisyphean quest for an Oscar. He turned down Boogie Nights to work on Danny Boyle's The Beach, a "real" "film," leaving the part of Diggler open to Mark Wahlberg. Good thing Wahlberg didn't eventually win an Oscar for his role in The Departed, the film he costarred in with DiCaprio. That would've been awkward. Oh, what's that? He won? Well, either way, we're sure DiCaprio doesn't have any regrets.

As the story goes, Ang Lee offered Mark Wahlberg a role in Brokeback Mountain. Wahlberg had the script in his hands, but wasn't willing to put anything else in his hands, if you catch our drift. Apparently, Wahlberg made it not 15 pages in before being "a little creeped out." So we got Jake Gyllenhaal in the role instead. And though we sadly didn't get to see a visibly "creeped out" Wahlberg on-screen, at least we get the visualization of Marky Mark desperately trying to suppress a boner while reading lines. That, gentleman, is an irreplaceable gift.

Matt Damon is a Serious Actor. Matt Damon doesn't do popcorn-fare science fiction space movies. (Unless it's The Martian. Or Elysium. Or Interstellar.) As such, when J. J. Abrams approached Damon about playing Captain Kirk for the 2009 Star Trek reboot, he decided not to boldly go where William Shatner has gone before. This left the classic role open for then-not-yet-a-superstar Chris Pine, who, at this rate, will surely work long and prosper. 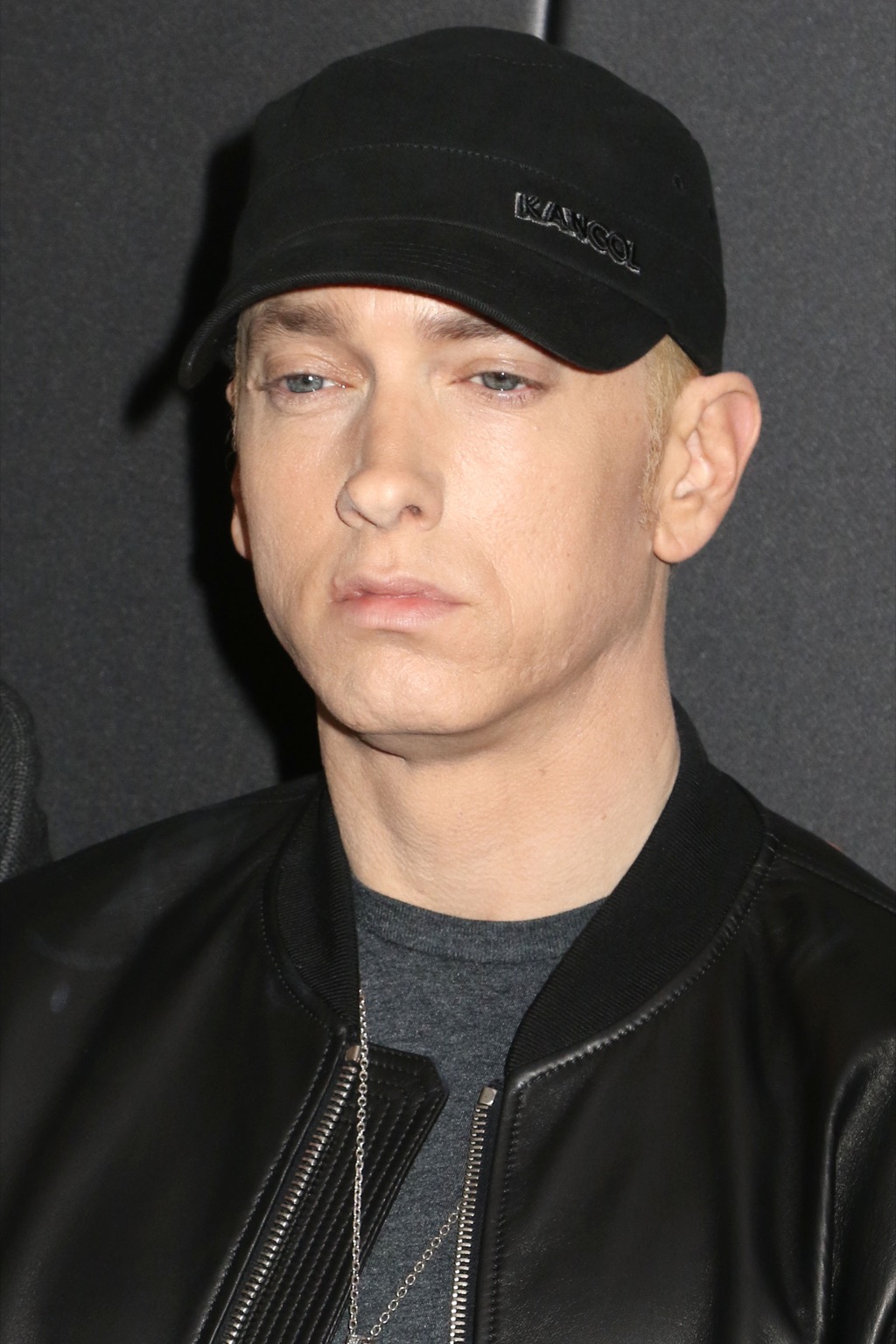 Neill Blomkamp has a thing for hip-hop. For Elysium, he wanted the film to star Eminem and feature Ninja, from the South African group Die Antwoord. (Ninja appeared in Blomkamp's subsequent film, Chappie.) By the time production rolled around, neither musician made it into the film. Eminem's sole requirement was that production take place in his native city, Detroit. This was unable to happen, and the role meant for him went to Matt Damon, who decided after all that he did want to go to space. 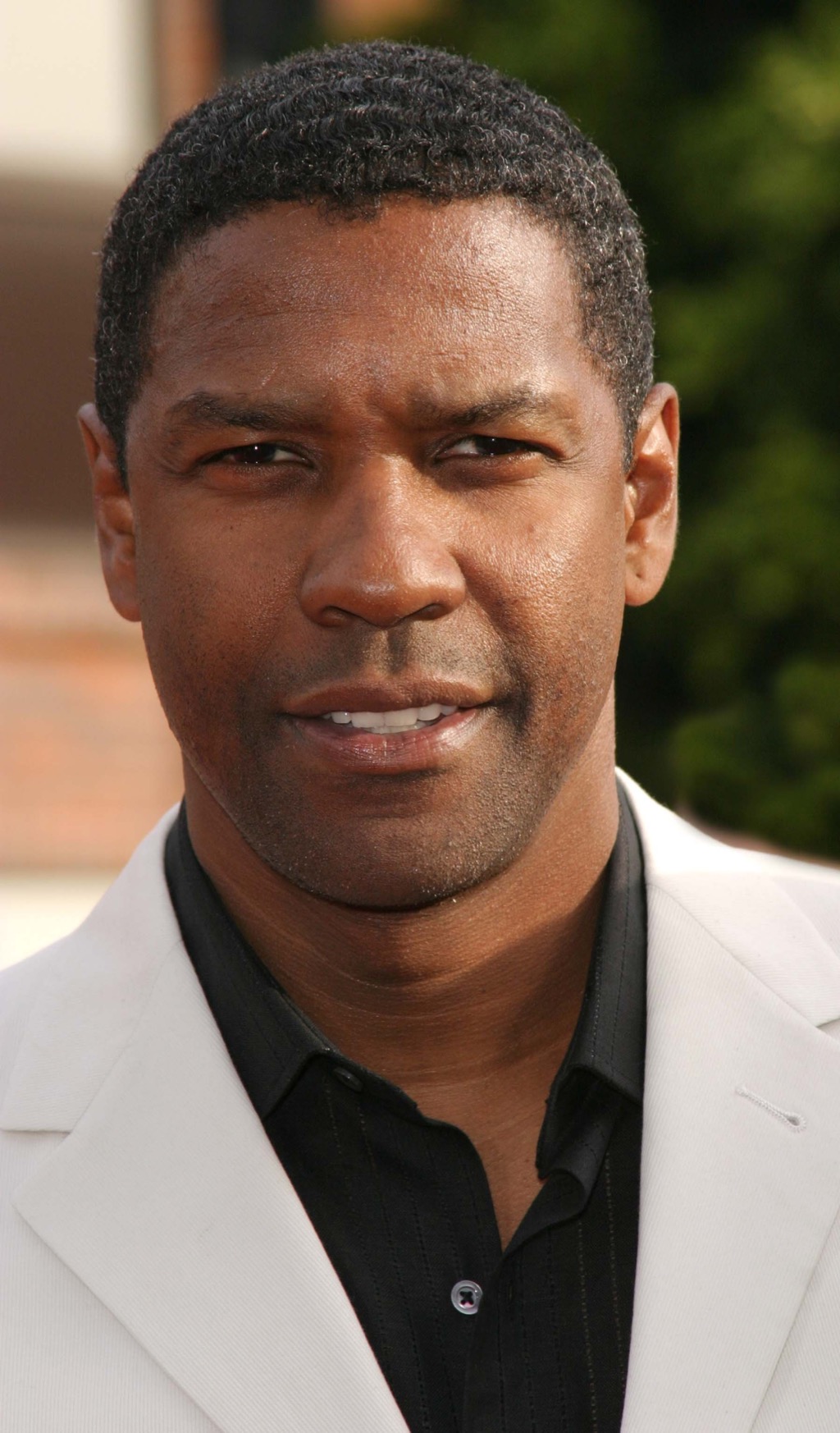 What's in the box? Missed opportunity, that's what. Denzel Washington was reportedly offered the classic role of Detective David Mills, but turned it down on account of David Fincher still being quite a green director at the time. Good thing for Denzel—and for all of us, really—that a severe deficit of foresight isn't one of the seven deadly sins.

Ari Notis
Ari is an editor specializing in news and lifestyle. Read more
Filed Under
Actors • Entertainment • Movies
Read This Next
Latest News
Read This Next