Not even Megan Fox can escape the pull of the Force.

At long last, Star Wars: The Last Jedi is here, and early reviews indicate that it even more epic than 2015's The Force Awakens. If you're overcome with excitement, don't worry, you're not the only one. The following celebs are proof that no matter how old, rich, or important you are, no one can escape the pull of The Force. And if you want some more celeb sightings, check out The Best Moments from The Last Jedi's Star-Studded Premiere. 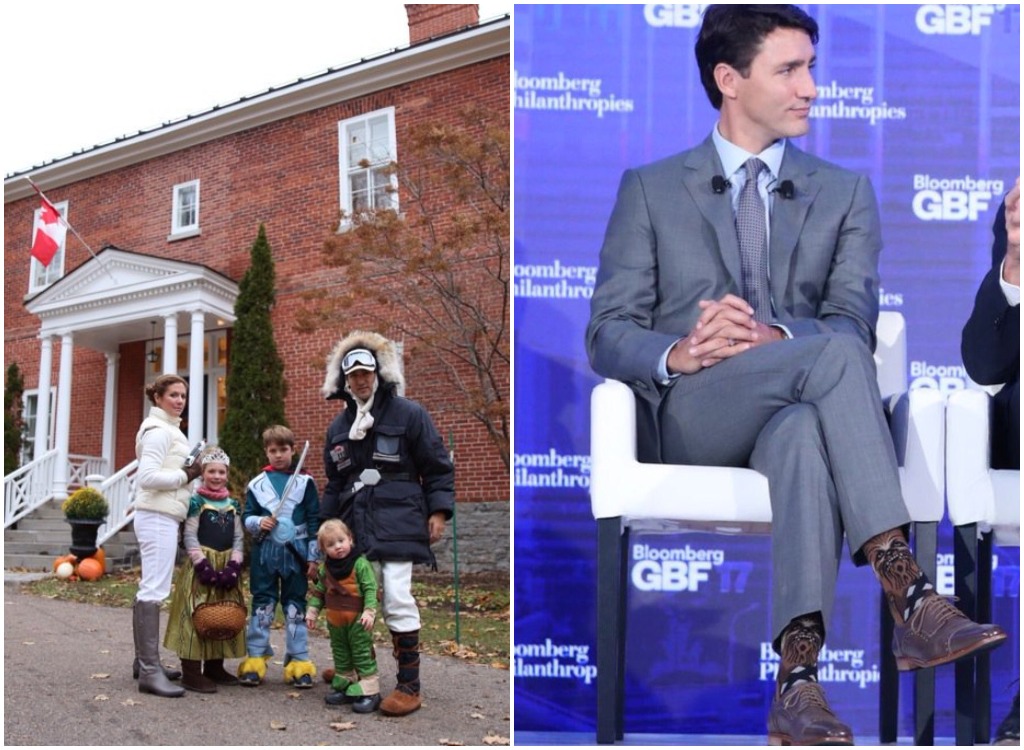 We've know Trudeau was a mega-fan ever since he was spotted wearing Chewbacca socks at the inaugural Bloomberg Global Business Forum in New York last September. As was pointed out in an article by The New York Times, that wasn't even his only Star Wars themed pair, either. In 2015, Trudeau dressed his whole family up as characters from the franchise, so it's safe to say he's a longtime fan.

On Tuesday, he finally got to see The Last Jedi at a screening of the movie to kids from the Children's Hospital of Eastern Ontario. When asked the following day at The House of Commons what he thought of the film, he gave a six-word review: "The Star Wars movie was outstanding." 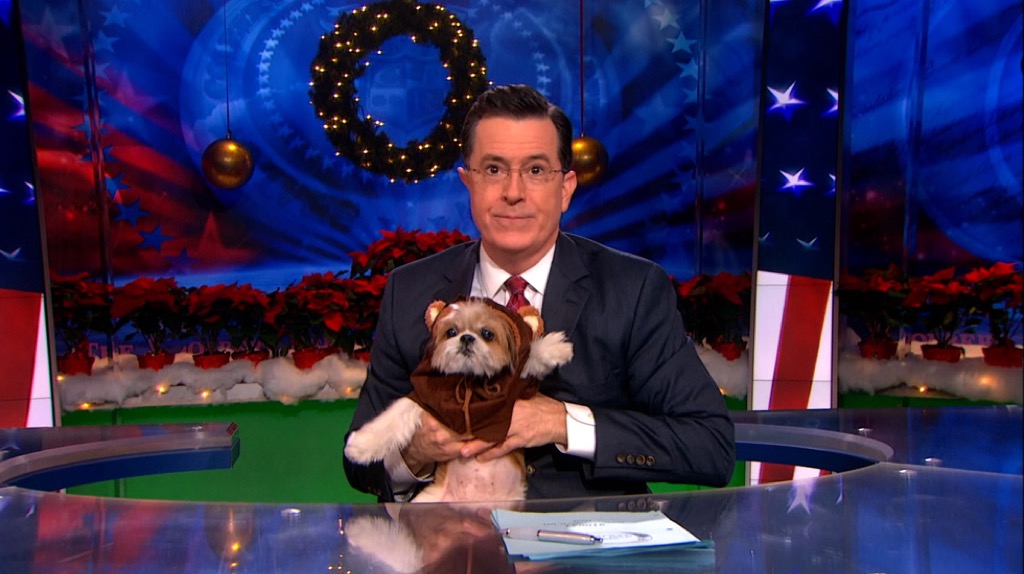 In addition to being a notorious expert on The Lord of the Rings, supernerd Stephen Colbert is also perhaps the longest diehard Star Wars fan on this list. While interviewing Mark Hamill on "The Late Show" recently, he revealed that he had actually seen Star Wars three weeks before it opened back in 1977, after winning tickets to an early screening in his hometown of Charleston, South Carolina. "How do you explain to your friends, 'Everything is different now,'" he said of his experience seeing the original for the very first time. 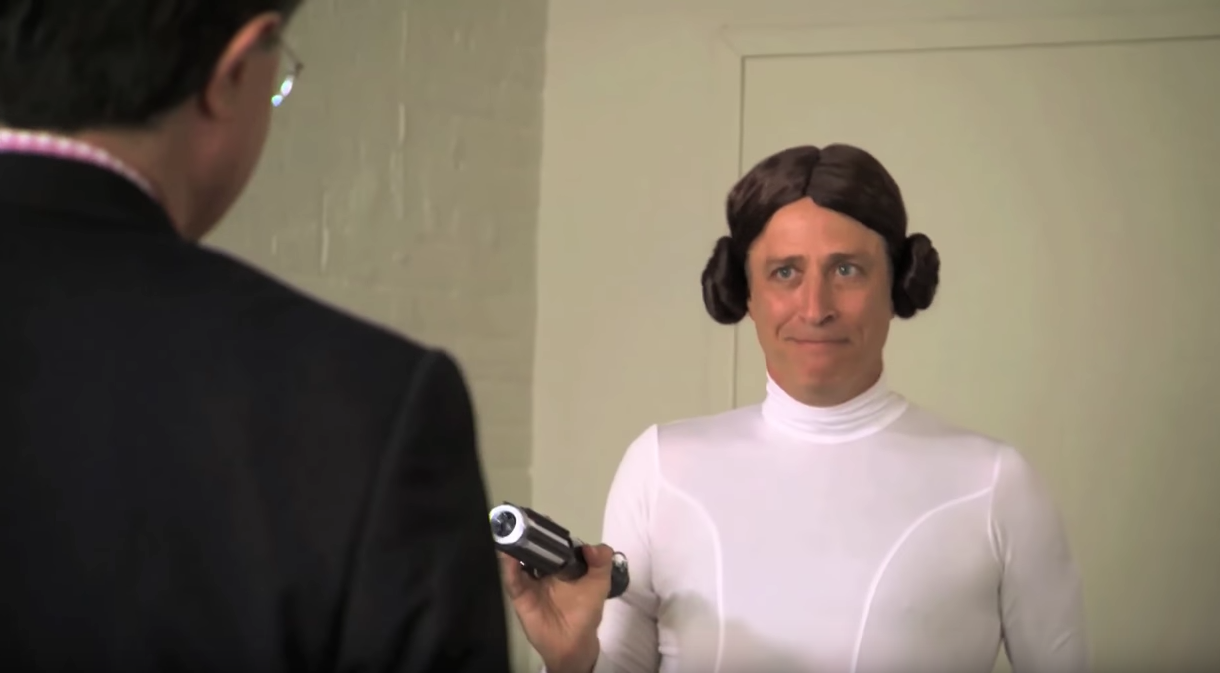 In 2014, Colbert and best friend/fellow talk show host Jon Stewart engaged in an epic, intergalactic battle in order to determine, once and for all, who is truly the biggest Star Wars fan. The engaged in a trivia contest for charity, which Stewart won fair and square. Not because he actually answered any trivia questions, but on the grounds that he dressed up like Obi-Wan Kenobi and Princess Leia.

Back in 2013, Fox tweeted out a photo of the live-size R2D2 that she owns, officially making her the perfect woman. 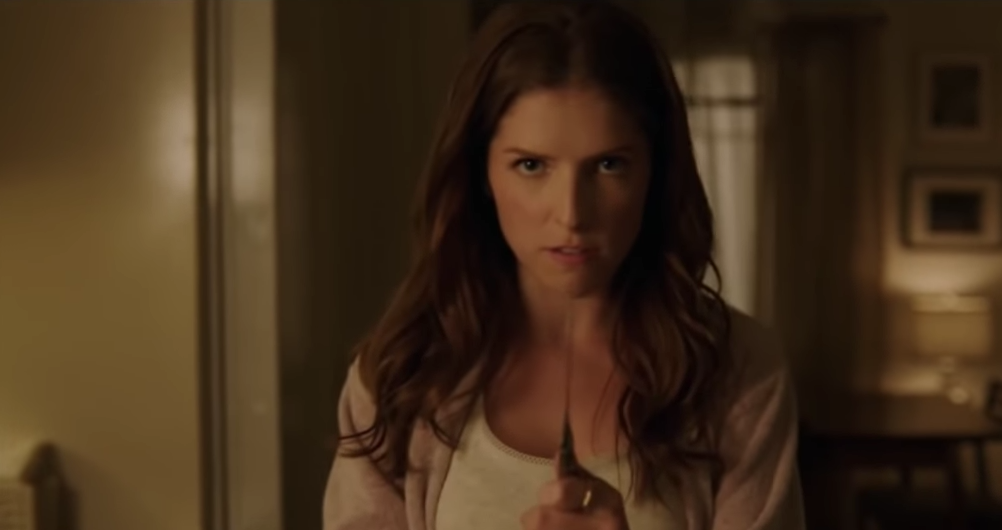 Back in 2015, the Pitch Perfect star had a total meltdown when the trailer to Star Wars:The Force Awakens trailer dropped, writing, ""'There's a new Star Wars trailer! EVERYBODY SHUT UP THERE'S A NEW STAR WARS TRAILER!' – me being professional on set today." Given her obvious enthusiasm, it's no wonder that she later starred in a commercial for the "Star Wars" video game "Battlefield," holding a kitchen knife as a lightsaber.

As a major fan, Grace decided to test his editing skills by cutting down the entire original trilogy into one 85-minute film. Due to copyright issues, however, he can only screen it for friends and not for commercial consumption.

The comedian's love of the franchise is well-documented via his spot-on impressions of some of the characters, particularly his hilarious rendition of the final minutes of Jabba the Hut. All that practice paid off, since his skills got him a role as a voice consultant on The Force Awakens, helping to create the unique sequence of sounds that the adorable BB-8 uses to communicate. 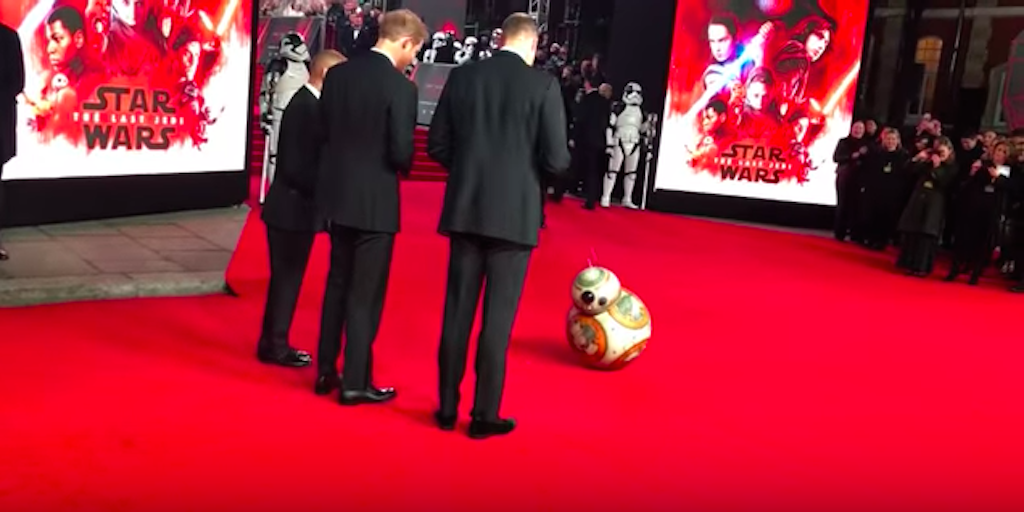 The future King of England and his brother, Prince Harry, are such big Star Wars fans that the monarchs actually have cameos as stormtroopers in The Last Jedi. When the two were on set for the film, Mark Hamill took the opportunity to ask him a hotly debated question: If Luke's mother was Queen Amidala, and his father was Lord Vader, and his sister is Princess Leia, doesn't that make him royalty?

Carrie Fisher had been adamantly telling him that no, he's not, for 40 years. Unfortunately, the brothers were divided on the issue as well. According to Hamill, "William said yes and Harry said 'I need more information.'" Most recently, the two princes attended the red carpet premiere of the film in London, where they were warmly greeted by BB-8. 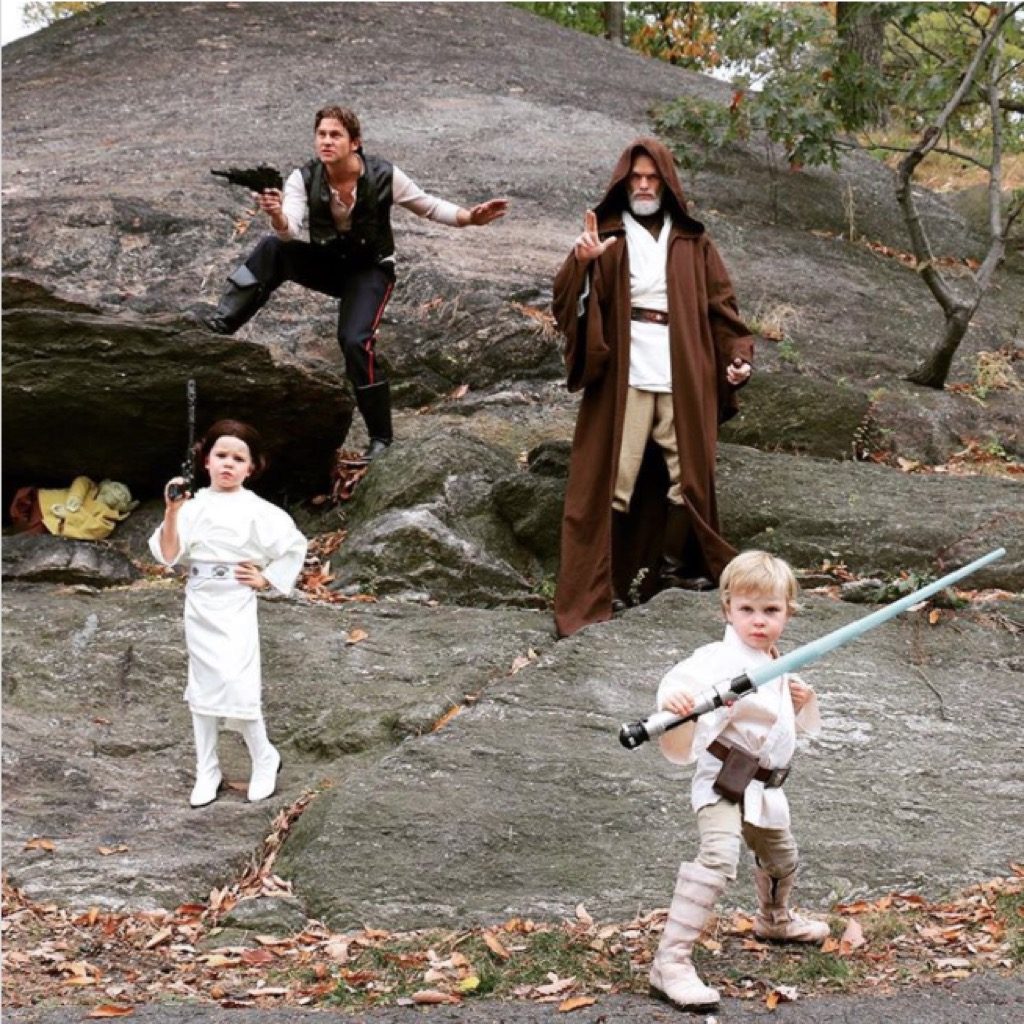 On "How I Met Your Mother," NPH's alter-ego, Barney, and his best friend, Ted, often went on long tangents about their favorite series, and his character even famously had a life-size Stormtrooper in his living room (#decoratinginspo). But it turns out that Harris is a real-life superfan as well. In 2015, the actor posted an absolutely adorable photo of his family dressed up as Star Wars characters for Halloween.

Back in 2011, Emma Stone starred in a Rebel Alliance-themed pledge video for Stand Up to Cancer, in which she had the chance to say some of her favorite lines from the franchise ("Darth Vader, only you can be so bold") and pay tribute to the great Carrie Fisher. She also starred in some pretty hilarious "auditions" in an SNL sketch that aired just before the premiere of The Force Awakens. 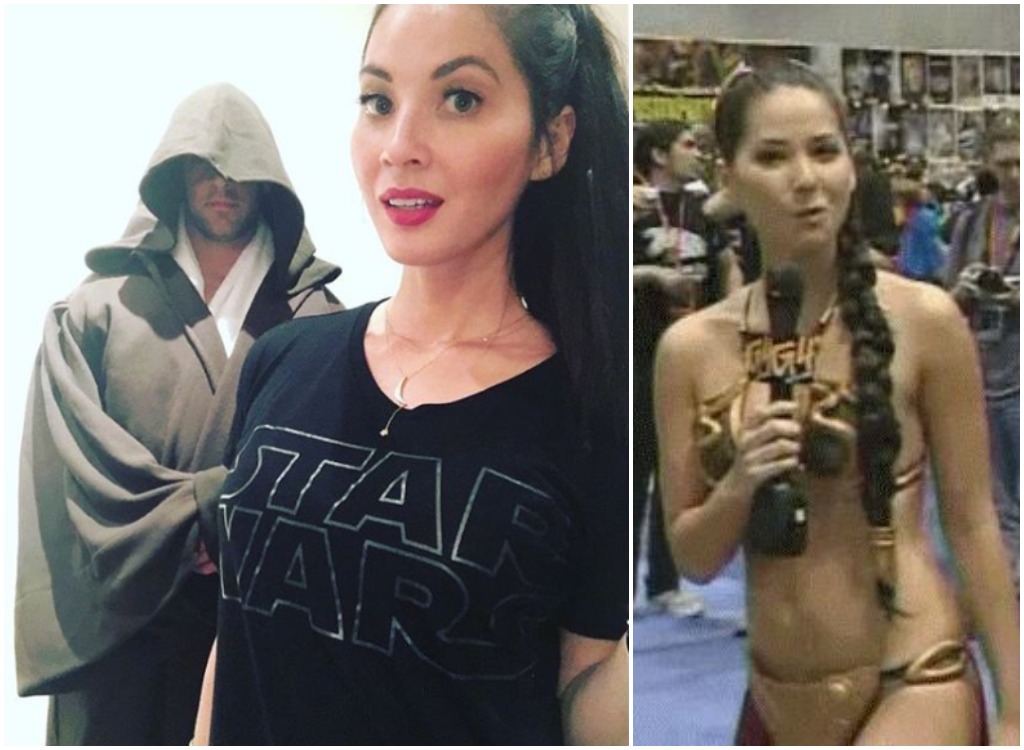 When The Force Awakens premiered, Munn posted a photo on her Instagram of her and boyfriend Aaron Rodgers all dressed up for the premiere. "Who's the bigger #StarWars fan…The one who bought this awesome shirt at @oldnavy or the one who already owned his own Obi-Wan Kenobi robe?" Given that the actress has previously worn the Princess Leia slave girl outfit in public, we'd say the odds are in her favor.

Diana Bruk
Diana is a senior editor who writes about sex and relationships, modern dating trends, and health and wellness. Read more
Filed Under
Movies
Read This Next
Latest News
Read This Next