The Worst National Anthem Performances of All Time

For many celebrities, singing the National Anthem is a coveted honor. But it's also a surprisingly difficult tune to nail, and the intricacy of the melody combined with the pressure of executing it in front of a captive audience also makes this patriotic performance one that many singers dread. Not to mention, if you mess it up, it could be a real career-killer (or at least a few weeks of really bad press).

Think that could never happen to your favorite stars? Think again—and read on to find out who really bombed in spectacular fashion. 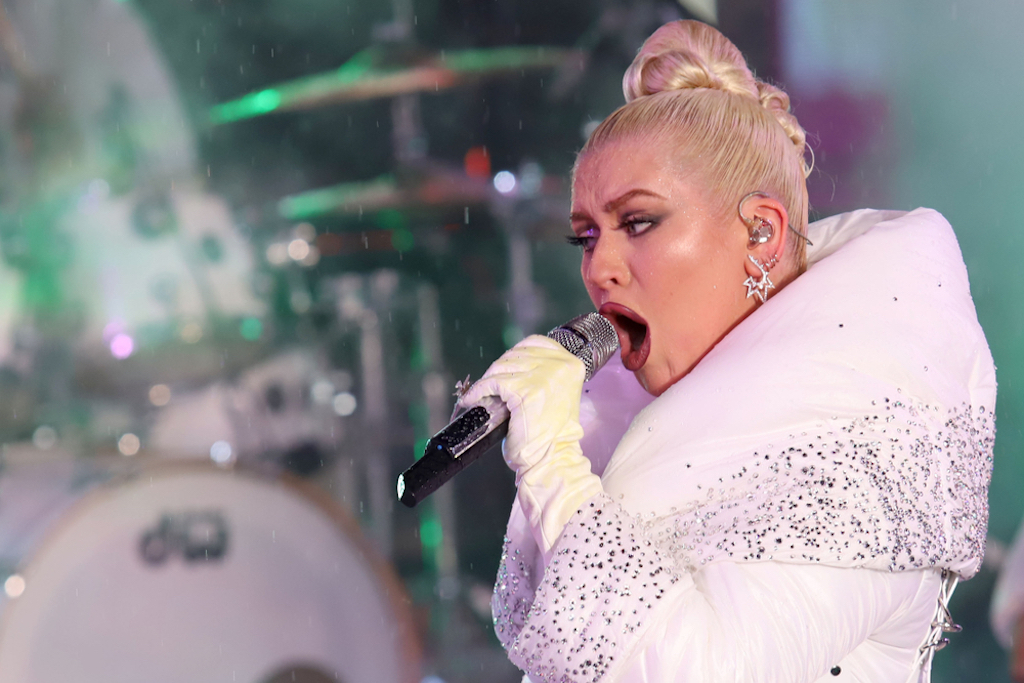 No one can debate that the singer's got the pipes to perfectly belt out the "Star-Spangled Banner." But, during the 2011 Super Bowl, in addition to botching the lyrics by blending the song's fourth and second line, she also got the last note completely wrong.

In 1990, Roseanne Barr started out way too high and continued to sing off-key and fast. It was the kind of performance you expect to hear in a dive bar at 4:00 a.m., not at one of the biggest events of the year. The boos came quickly, and Barr topped off a performance that then President George H.W. Bush called "disgraceful." Barr shot back, telling The LA Times, "Well, I'm sorry I didn't sing so good, but I'd like to hear him sing it." 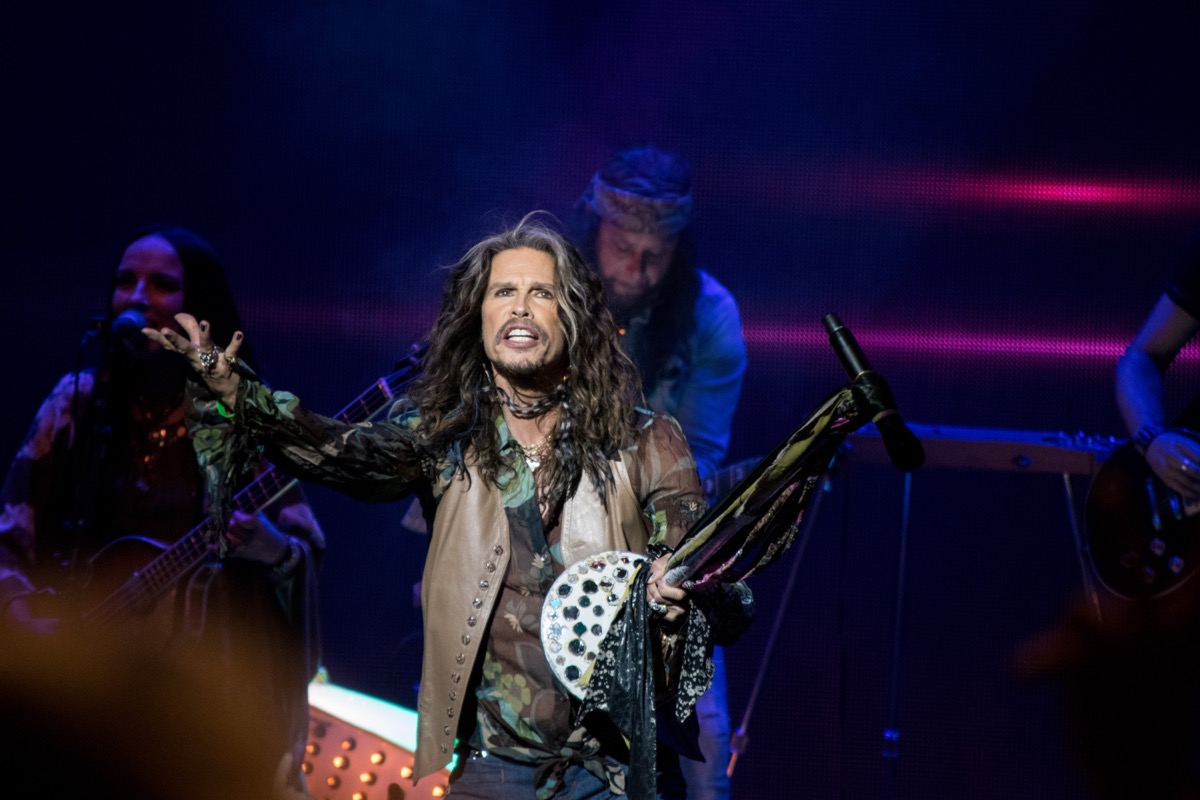 Steven Tyler's 2001 performance was met with controversy when he made some last-minute changes to the iconic song, starting it out on the harmonica, and ending it by singing "for the land of the free and the home of the Indianapolis 500" instead of "the brave." (People didn't take too kindly to the throaty, rock star "Yeaaaa" that he included either, but, hey, at least he was on-key.) 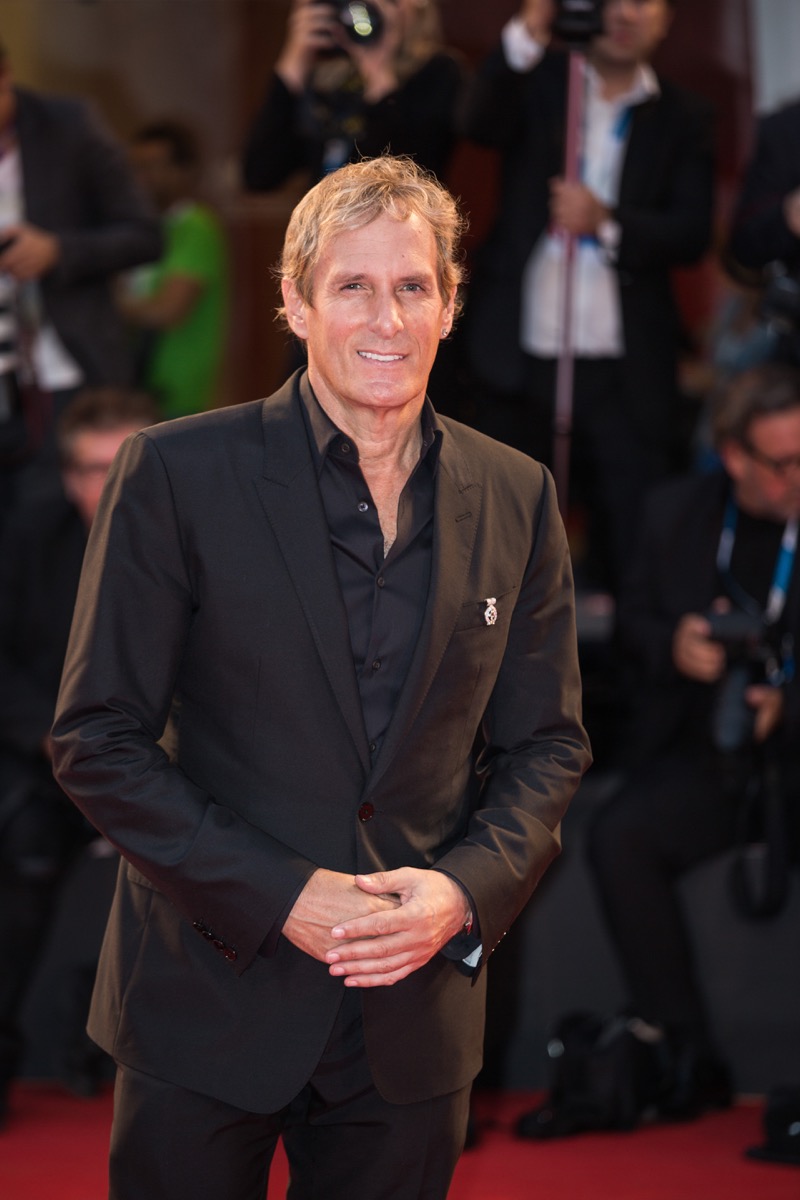 In a 2003 Red Sox–Yankees game, Michael Bolton essentially crooned the national anthem, and it was uncomfortable to say the least. And he got booed when he had to very visibly check the palm of his hand to remember the lyrics "twilight's last gleaming." Safe to say he did not read the audience well. 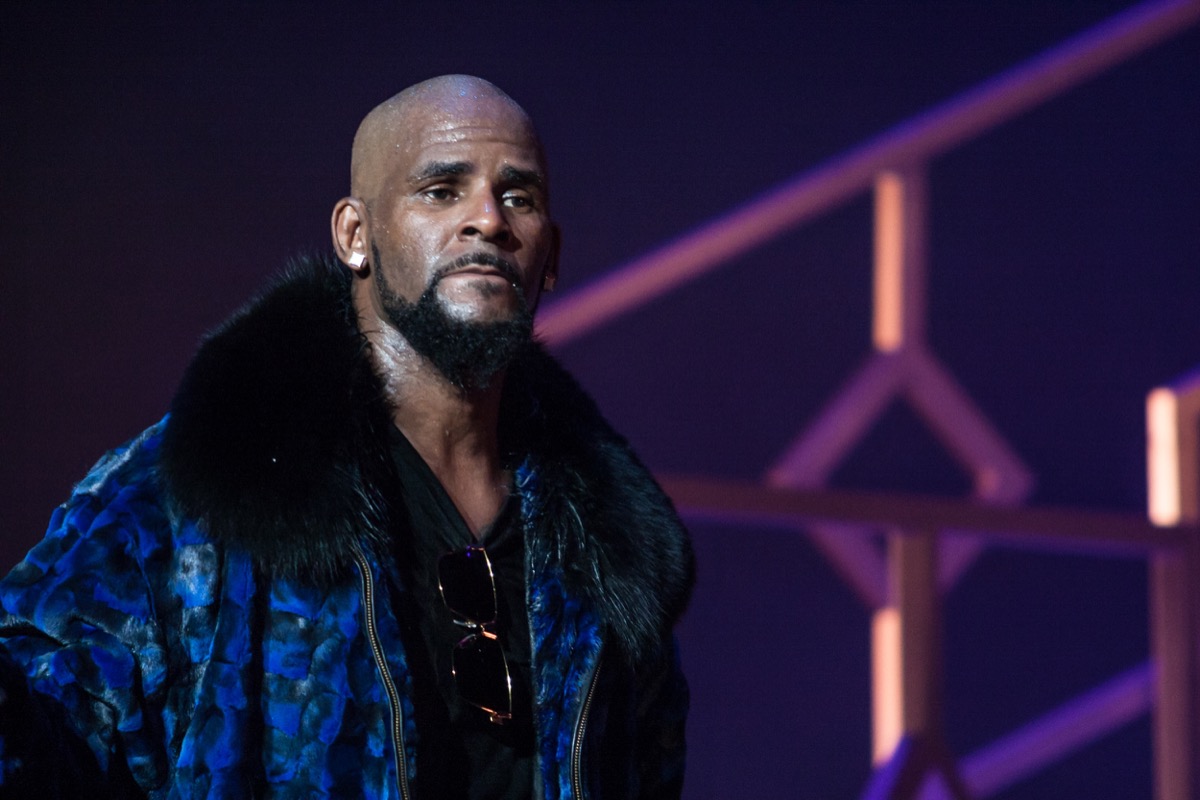 If you needed another reason to hate R. Kelly, look no further than his 2005 rendition of "Star-Spangled Banner" at a boxing match in Las Vegas. The R&B singer put a little too much soul into the performance, which was complete with some synths, backbeats, and a request for hand-clapping. It's fine to put your own spin on the classic song, but treating it like an R. Kelly original was deemed offensive. 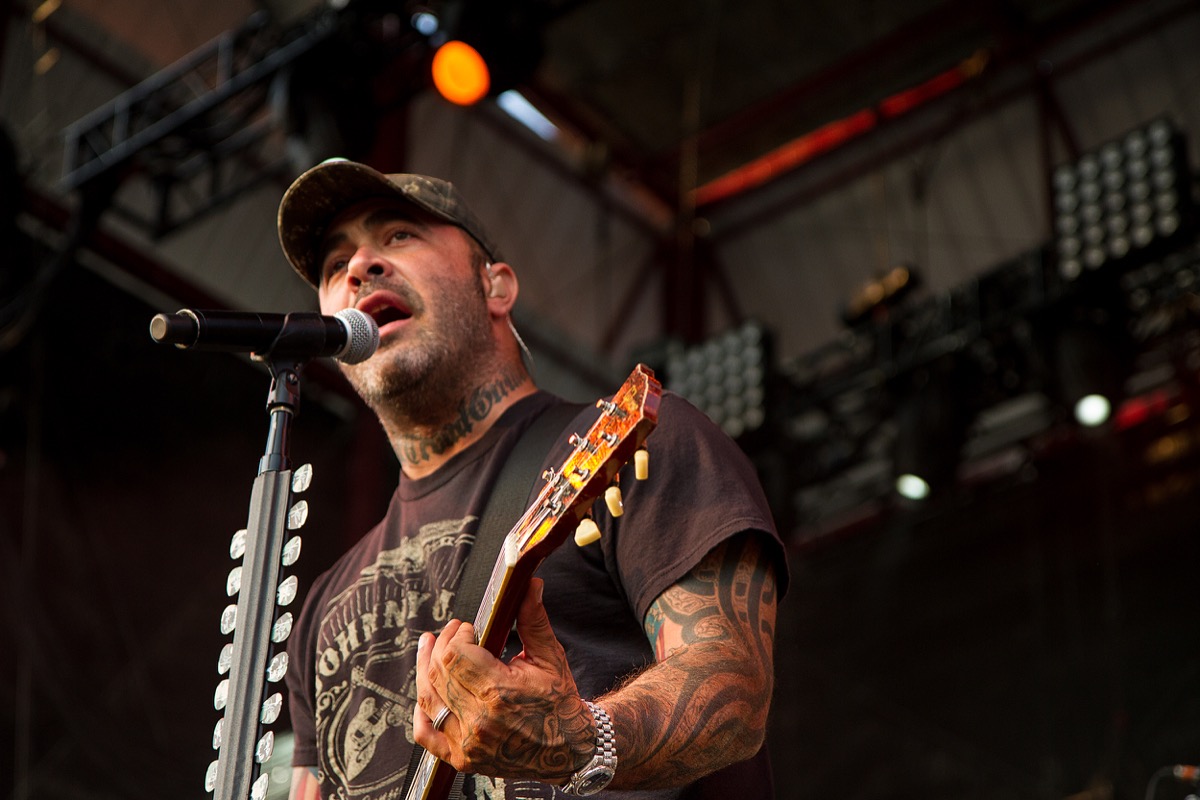 In 2014, Aaron Lewis, the lead vocalist for the rock band Staind, messed up the lyrics and created new ones while performing before Game 5 of the World Series. Unfortunately, what could have just been seen as a tiny mistake was overshadowed by the fact that Lewis had previously blasted Christina Aguilera for messing up her own performance of the National Anthem.

"I don't understand how people who sing the National Anthem can be so self-absorbed, and try to change that song. If there's a single song in the history of this country that deserves no creative interpretation, it's that one," Lewis said of Aguilera in 2011. "It's Been Awhile" since his own "creative" rendition, but many still remember the star's hypocritical performance.

The pop singer's rendition of the iconic anthem at the 2018 NBA All-Star Game was widely panned on social media, thanks in large part to her overtly sexual croon. She sounds less like she's saluting a nation and more like she's doing a cover of "Baby It's Cold Outside" with its lyrics. She later apologized, telling TMZ, "I've always been honored and proud to perform the national anthem, and last night, I wanted to try something special for the NBA. I'm a risk taker artistically, but clearly this rendition didn't strike the intended tone. I love this country and honestly tried my best." 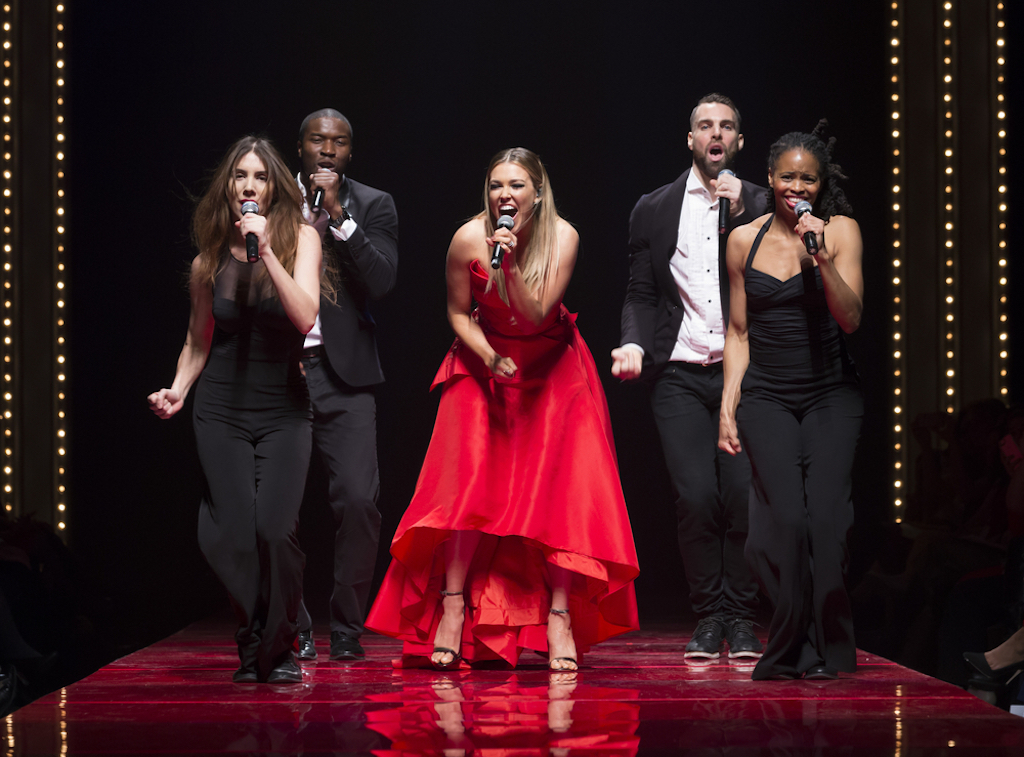 Rising pop star Rachel Platten forgot the lyrics to the National Anthem not once but twice during her performance before a NWSL soccer game in 2018. After starting the song over once before, Platten's nerves got the best of her a second time as she stopped again, saying, "I'm so sorry, can someone tell me the next line?" We know it's nerve-wracking, but come on, people—it's eight lines! 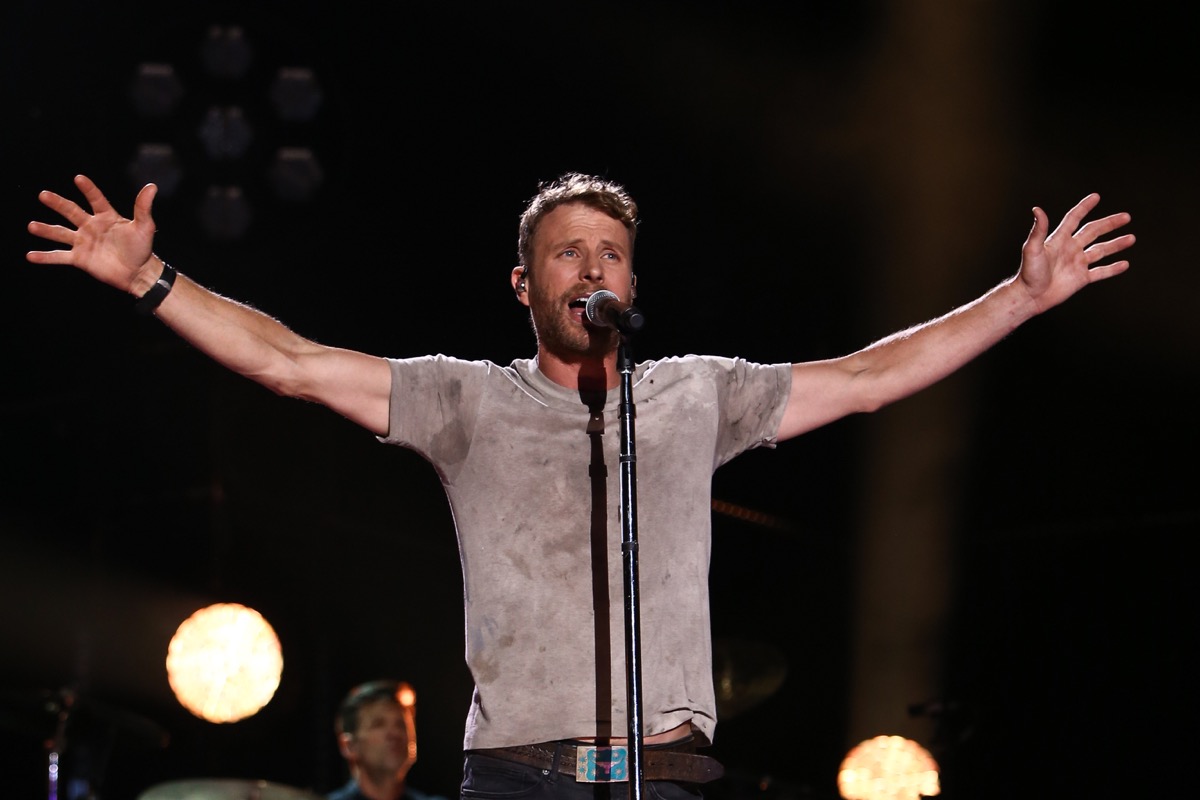 While Dierks Bentley managed to successfully remember the lyrics to the National Anthem, he certainly wasn't spared by the internet. Viewers took to Twitter immediately after his performance before Game 4 of the Stanley Cup Final in 2017 to tear apart the country star's rendition. "Dierks Bentley singing the Anthem sounded like the drunk guy at the bar trying to be in tune," one Twitter user wrote. While not at all one of the worst offenders we've seen, Keri Hilson still managed to make her performance one to remember—and not in a good way. After messing up the lyrics at an Atlanta Hawks basketball game in 2010, the R&B singer blamed the bad performance on technical problems with her in-ears, tweeting out: "bad sound can really distract U!!" 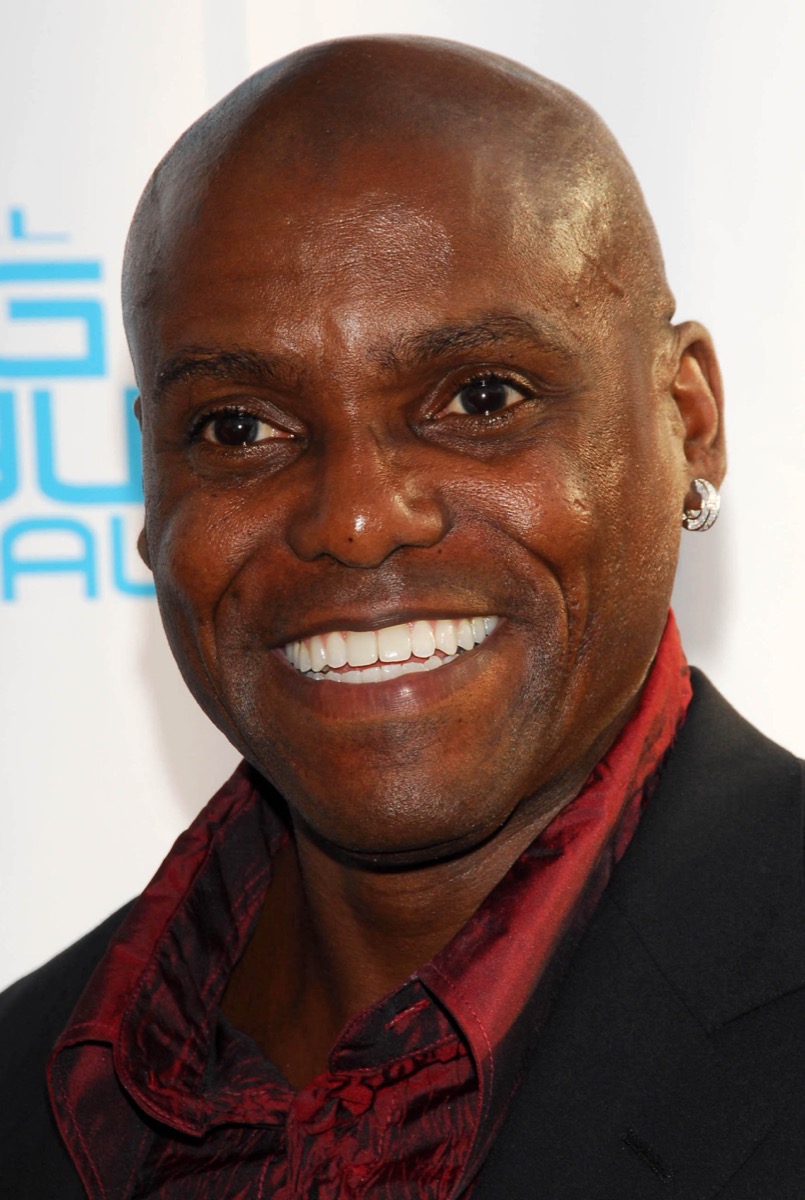 Arguably the worst butchering of "The Star-Spangled Banner" ever captured on film, this rendition at the 1993 NBA Finals by 1980s icon and forever Olympian Carl Lewis is so bad that ESPN promised to only present the performance "in excerpts"—because listening to the entire thing, especially when he stumbles awfully at "rocket's red glare," is all too painful.

Diana Bruk
Diana is a senior editor who writes about sex and relationships, modern dating trends, and health and wellness. Read more
Filed Under
Entertainment • Music
Read This Next
Latest News
Read This Next