You might think twice about some things on your next T.J. Maxx visit.

If you're a regular T.J. Maxx shopper, you've probably spent time wondering what goes on behind the scenes. The popular chain store is famous for having epic deals (after all, their tagline is "brands that wow at prices that thrill"), from absolute steals on designer dresses to stylish home goods for way less. But whether you visit the beloved retail chain as a mega-fan or a basic browser, certain pieces of advice can improve your shopping experience. Read on to hear some important warnings from former T.J. Maxx employees. Embrace your inner Maxxinista but proceed with caution next time you put a snack in your cart or debate opening a credit card.

READ THIS NEXT: 5 Warnings From Ex-Dollar Tree Employees.

In a now-viral TikTok, user Adam Ohmand posted a video showcasing the many snack options in the checkout line and referred to them as "years old" items that don't look right.

An ex-employee agreed that the products "were old," a comment which received more than 66,000 likes. "As a current employee I saw expired coffee," another wrote.

However, be sure to take the viral video with a grain of (hopefully fresh) salt. Current and former employees took to Reddit to debate the viral expiration-date conversation. "When I worked markdowns, part of the requirement was to check expiration dates on food," former employee Desperate_Smile commented. Commenter Only-Cry2632 agreed: "As someone who used to work closely with the markdown team, food audits were done pretty regularly. Every time we got a shipment of Starbucks coffee, the [expiration] date would be like in 2 months."

Do double-check the date when you're shopping, but don't be too worried if you're a huge fan of the delightful snacks that tempt you on your way out.

If you're a Sephora or Ulta shopper, you may be accustomed to testing out beauty products before purchasing them. It's tempting to do the same at T.J. Maxx, especially if you're considering picking up a high-end item. But Dale O'Keeffe, a former employee of TK Maxx (what the chain is called abroad) warned on TikTok that once a product is tested, it has to be thrown out. "There's no testers for makeup. If it's been opened, at the end of the day it goes in the bin." Plus, employees work hard to create the displays, so there's no reason to mess them up.ae0fcc31ae342fd3a1346ebb1f342fcb

READ THIS NEXT: 7 Secrets Kohl's Doesn't Want You to Know.

You might think you're being crafty by switching a more expensive item's ticket for a different, much lower price, but the staff knows how much items cost, and they're not afraid to politely call you out on it. "We absolutely know when you're trying to con us by switching tickets. So when we say, 'Oh, that doesn't appear to be the right price!' that means we know you switched the ticket and it's definitely not that price," O'Keeffe warns in his viral video.

Avoid the mix-up by keeping the correct stickers on your items, especially since it is considered shoplifting or retail theft to do this in most states.

4
Don't feel pressured to get a credit card. 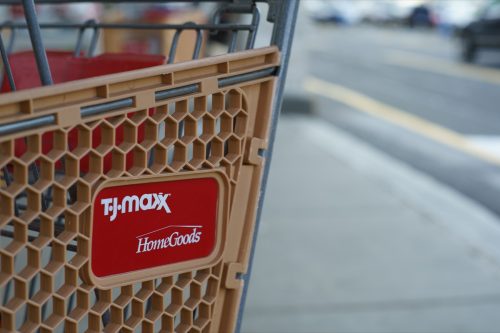 If you're checking out with your haul while an employee tries to persuade you to invest in a credit card, it's because they're receiving major pressure to meet their goals. In a Reddit thread titled "What are your BIGGEST pet peeves about working at T.J. Maxx/Marshalls?," commenter ACatsWhiskers responds, "When I worked there years ago, mine were…THE PRESSURE FROM MANAGEMENT TO SELL THE CREDIT CARDS."

"It really gets old after a while, to be scolded for not harassing customers after they politely decline once," they say. They go on to explain how employees are told to ask multiple times and explain the benefits, even when people reject the offer. "I felt bad for recommending these cards to college students, old people, etc. knowing it could very well damage their credit score. Or cost them much more in interest than they know." Multiple ex-employees also complained about the pressure to sell the cards, especially since they didn't have worthwhile benefits.

For more shopping advice delivered straight to your inbox, sign up for our daily newsletter.

In the same Reddit thread about the biggest pet peeves at the store, ACatsWhiskers goes on to say another gripe is "customers returning used merchandise expecting to be reimbursed," especially when they're "turned down by management, and complaining to corporate." While TJ Maxx is known for having relaxed return policies, don't try to return an outfit or shoes that you've worn repeatedly.

It's also possible to get banned from making returns if you make too many without a receipt. "The ban is meant to combat return fraud, (which we get a LOT of) so it's pretty strict," writes employee godisntrad. They recommend selecting the option to have your receipt emailed to you in the event you misplace the paper version.