You may not have considered the harm that could come from carrying this around.

There's a lot we do to keep ourselves and our loved ones safe, most of which we probably don't think twice about. We take precautions daily by reading warning labels, following expert advice, and rinsing our produce to eliminate potential bacteria. But there are some things that could be putting us at risk without our even realizing it, as one recent police warning noted. Read on to find out what item authorities say is dangerous for you to have.

READ THIS NEXT: Never Go to the Bathroom at a Bar Without Doing This First, Police Warn.

Plenty of unsuspecting items can actually be dangerous.

Police warnings are issued to keep the general public safe, but unfortunately, they're often the result of ongoing criminal activity. Just last week, police in Giles County, Tennessee, asked the public to avoid picking money up from the ground, as it could contain fentanyl.

According to the police department, two instances were reported where someone picked up a folded bill and found it contained white powder. Later, officials confirmed the powder tested positive for both methamphetamine and fentanyl.

As it turns out, dollar bills aren't the only seemingly innocuous thing that could pose a threat. Police in Wisconsin have issued a new warning about another item that could be dangerous to own.

These items look rather realistic.

Considering recent tragedies across the U.S. and the current political climate, the topic of gun ownership is particularly contentious. Each day, we hear opinions from opposite sides of the spectrum, with some calling for stricter gun control and others looking to maintain the status quo. Now, police in Green Bay, Wisconsin, have issued a warning about toy guns, which you may not think would be a top concern for law enforcement.

According to a June 12 Facebook post from the Green Bay Police Department, gel splatter guns were turned over to officers after they responded to a "suspicious situation."

"Some of these guns are very realistic looking and can be mistaken for a real gun," the police department wrote. "Parents—please be aware of what your children may have and stress to them the danger of carrying what can look like a realistic gun."

Aside from looking very similar to an actual weapon, these toy guns shout gel pellets, which can hurt if you're hit by one. Though these are not lethal weapons, according to Green Bay Police, "they can still cause injury or damage."

The toys have gained traction thanks to social media trends.

On the Green Bay Police Department post, commenters echoed officers' concerns about these products. "I wish 'toy' guns were not made to look anything like real ones," one user wrote. "If I saw something like that pointed at me I'd be concerned. Good way to get yourself killed. Definitely won't let my kids have something like this."ae0fcc31ae342fd3a1346ebb1f342fcb

In those moments where someone mistakes a splatter gun for a real gun, the situation becomes that much riskier, police warn. Recent social media trends—primarily on TikTok—show these toy guns being used to shoot at others from cars and balconies, ABC30 Action News reported. These "challenges" are both dangerous and illegal, and in Clovis, California, an 18-year-old was arrested after shooting a gel pellet from a vehicle while driving through a parking lot.

"That takes several officers off the street and they have to go and investigate this incident," Sgt. Jim Koch, of the Clovis Police Department, told Action News at the time. Koch added that the gel pellets are not always painful, but will naturally scare someone who believes they have a real gun pointed at them.

"You are pulling a trigger, that person is now getting struck with something and they don't know what it is," he said.

Other situations have had sadder endings. 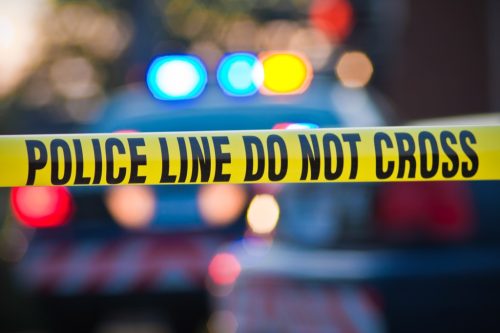 Toy splatter guns have grown in popularity. One local retailer in Fresno County, California, told Action News that they had recently sold an entire shipment of these toys in just one day—even though purchasers are required to be 18 years old.

One instance involving these guns led to tragedy last month in Jackson, Mississippi, when a teenager was killed during a "prank gone wrong." The Jackson Police Department told WLBT that teenagers pulled up to a friend's home with ski masks on, pointing the realistic-looking guns. Unaware that they were toy guns, a friend of the other teen pointed a real gun back, shooting and killing a 15-year-old. The Jackson Police Department concluded that the shooting was justified, but could have been avoided.

"Guns and fake guns are nothing to play with," Kenneth Stokes, Jackson City Councilman, later told WLBT. "In this day in time where people are killing and shooting each other over nonsense, don't play like that."

READ THIS NEXT: If You're Over 65, Police Have a New Warning For You.