Chances are, you’ve used at least one of these.

The last year was arguably the year the tide started to turn for women thanks developments like the #MeToo movement, the Women's March, and more, but anyone clued into feminism and gender dynamics in general can tell you that there's still a lot of work to be done. One place where that's especially true is in the workplace.

In many offices, women still aren't seen truly as equals, even if the bias is unconscious—take the gender pay gap as proof. Want to do your part to fight gender bias at work? One way to make a difference is to remove subtly sexist phrases from your vocabulary. Here's where to start. For more on how to speak to a woman, check out these 17 Worst Things a Man Can Say to a Woman.

You might think that referring to someone as a "working mother" is a pretty harmless descriptor. Think again. "'Working mothers' should be replaced with 'working parents'—dads count, too—in any documents, emails, policies, or conversations," says Amanda J. Ponzar, Chief Marketing Officer at Community Health Charities.

Why? "We should not assume women are the only ones with child responsibilities." Working parents of all genders have to work efficiently to balance their work and home lives. For more on living your best work life, check out these 20 Ways to Become More Mindful at Work. 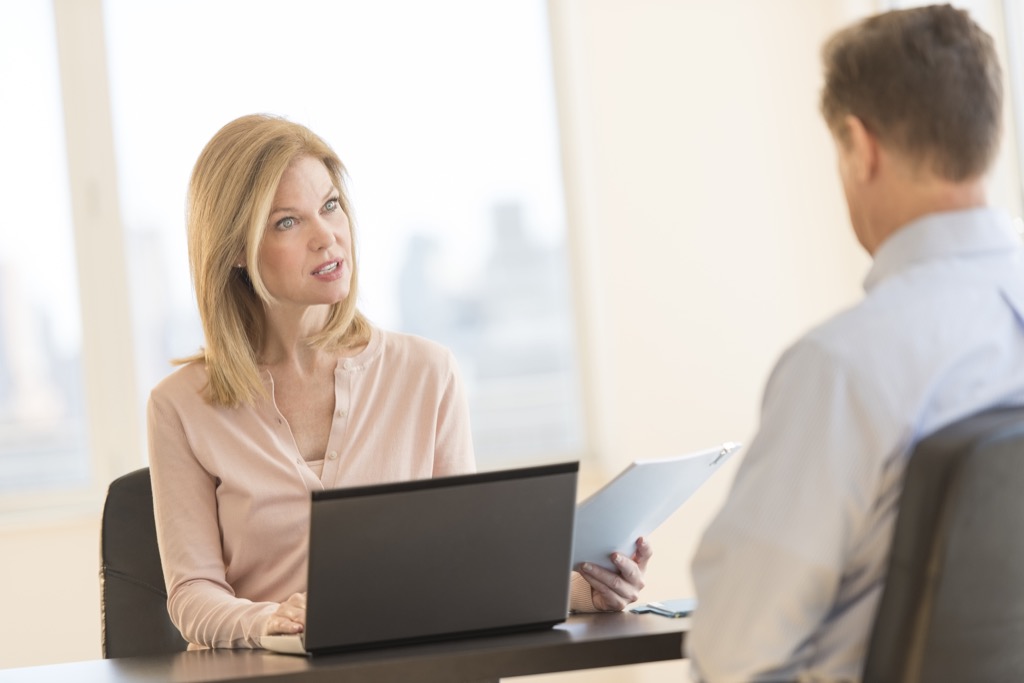 If you're a woman, odds are high that you've heard this one before. "It's sexist because a man wouldn't say this to his male colleague," says Elizabeth Cush,  a licensed mental health therapist, blogger, and host of the Woman Worriers podcast. "The statement also implies that the female colleague isn't presenting in a way that makes him feel comfortable." Hate to break it to you, it's not women's responsibility to appear happy all the time in order to make men comfortable.

Perhaps the motivation for making this comment is simply concern for a colleague's wellbeing. If that's the case, there's an easy fix. "If a female colleague looks upset or angry, ask if she's okay." That leaves room for her to share (or not share) whatever she wants for you. For more on workplace happiness, check out these 20 Genius Ways to Make Work More Fun.

3
"When will you take time to start a family?"

This question—aside from being extremely nosy—is an unfair one. Men are virtually never asked this question, because no one assumes they'll need time away from work to have children. If you have kids, you know that's not always the case.

For women, it's even worse. "Women are usually expected to make the sacrifice of leaving their jobs and careers behind to focus on a family, whereas men are expected to continue to be the breadwinners," points out Jesse Harrison, founder and CEO of the Employee Justice Legal Team, an employment law firm. "Indeed, women who are revealed to be newlyweds or in nascent relationships are often asked this question, while male counterparts are not. The best bet is to not make assumptions about anyone's familial plans." For more on workplace dos and don'ts, check out these 40 Things No One Should Ever Say at Work. 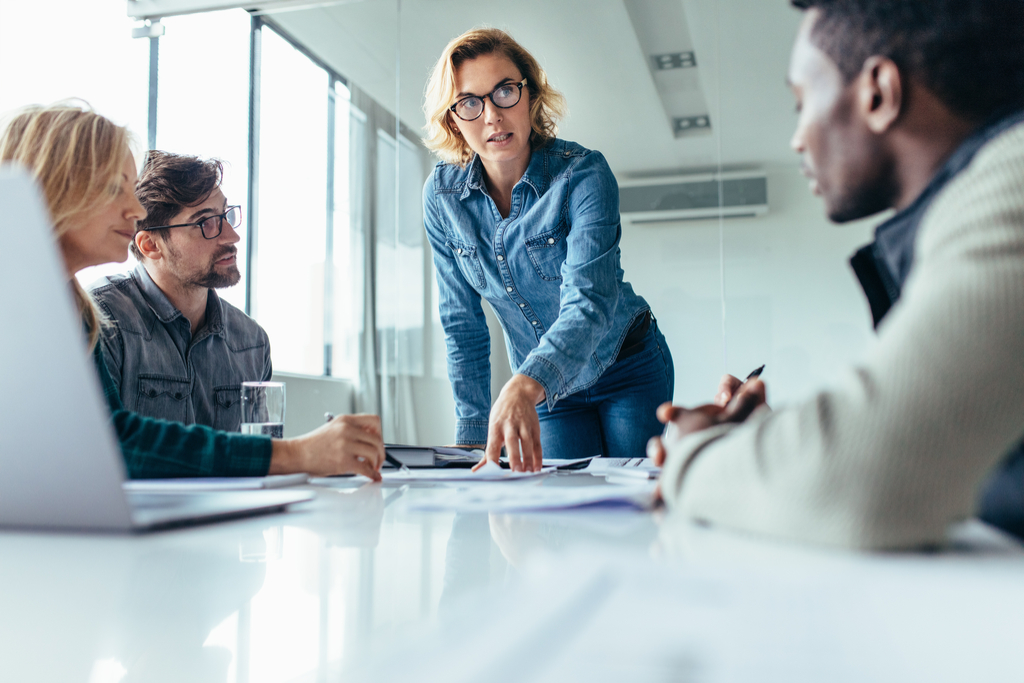 This might sound like a compliment, but pointing out someone's gender or sex when doling out praise is sexist in its own right. "This holds an innate judgment in it—that a woman should not necessarily be able to complete the task at hand or has an inherent disadvantage," Harrison says. "When a man completes the same action, it's seen as normal. Correcting this kind of language is easy: simply remove the 'for a woman' and give the praise as it's due." For more on words women can't stand, check out these 20 Words Men Use That Always Make Women Cringe.

An "office mom" is someone who always remembers birthdays, is an emotional rock when things get tough at work, and is willing to plan after work get-togethers for the team. You probably have one in your office, but that does not mean you should use this term to describe her. This may seem like a sweet thing to say, but it's actually quite belittling to imply that it's her job to take care of and watch over everyone in the office. After all, she probably has, you know, an actual job to do. Maybe she just likes planning social gatherings.

Instead of using this term, just call it like it is: "Marcia's amazing at her job and she also happens to have a knack for getting the team socially involved. We're lucky to have her." For more career confidence, check out these 20 Daily Confidence Boosters for Getting Ahead at Work.

"The workplace environment often shuns emotion," notes Jasmin Terrany, LMHC, a life therapist who supports professional women. "There is a high value placed on the mind, logic, clear thinking and understanding, and the emotional component is often 'poo-pooed.'" But that doesn't mean there's no place in the workplace for emotion, and implying that a woman is out of bounds for showing feeling or worse, that she's being "hysterical," is highly invalidating. "It is time that we realize the strengths of emotional intelligence in conjunction with intellectual intelligence is far superior than intellectual intelligence alone."

While it might seem harmless, this phrase should definitely be avoided, especially at work. "This sends the message that men are stronger and more resilient, and that women need to be more like men in order to a tough job done," says Nate Masterson, HR Manager for Maple Holistics.

8
"Have you been working out more?"

"Saying anything about a female colleague's fitness or her body is probably sexist, unless you happen to be seeing them at the gym more often," Cush says. This also includes comments about clothing as it relates to a woman's body. It might seem like a genuinely nice compliment to tell a colleague that a certain color really brings out her eyes, but think about it: Would you say that to a guy?ae0fcc31ae342fd3a1346ebb1f342fcb

This catchall excuse for bad behavior is unavoidably gendered. Not only does it imply that all guys should get a free pass for less-than-ideal behavior, but also that they're not really in control of all of their actions. While this phrase is often used to justify harmful actions toward women, it's also pretty insulting to the male sex, signaling that they're incapable of being responsible for their own behavior. 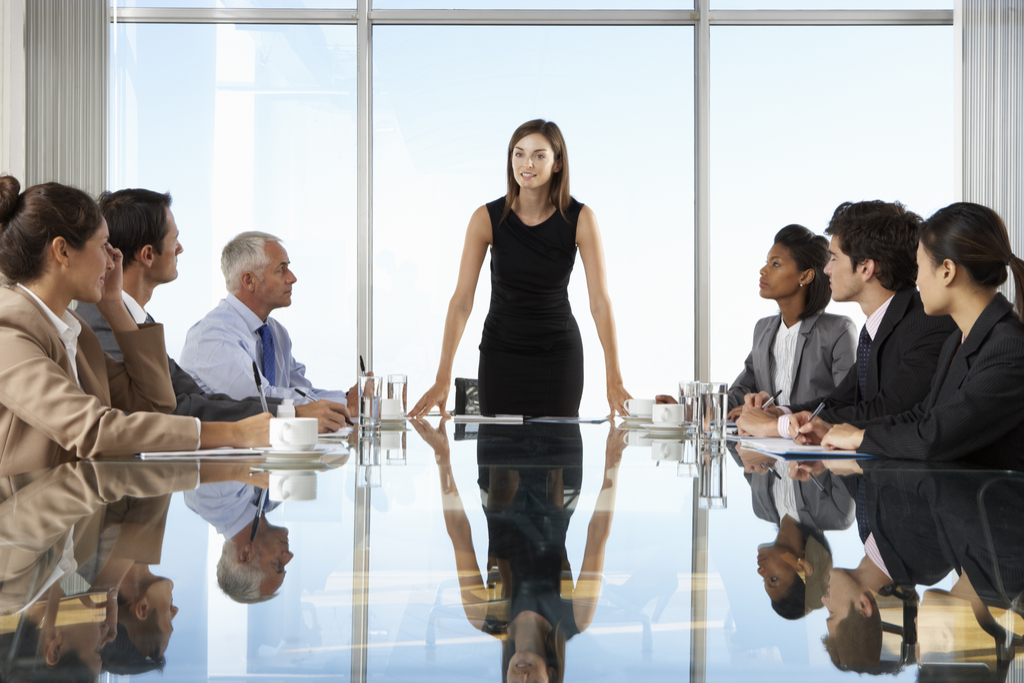 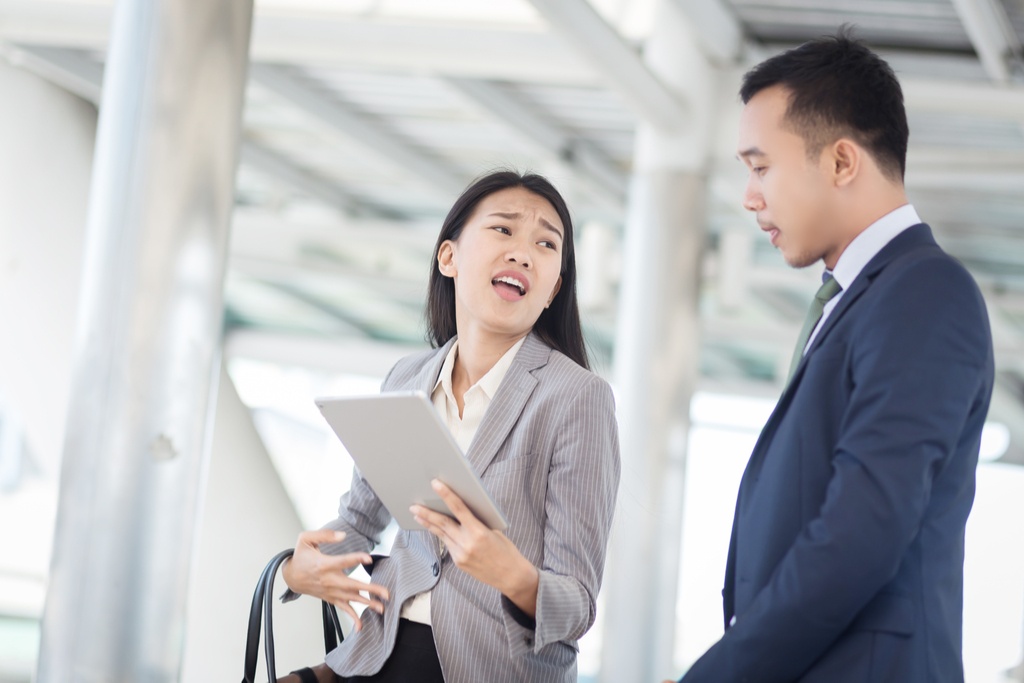 "Phrases that express doubt may not be sexist, but sometimes they are accompanied by such a tone that it is clear that the reason for the doubt is the sex of the recipient," Harrison explains. "I had a client once who was constantly shadowed by her supervisor; he always asked her if she could handle the work and if she needed help (she was a warehouse worker who operated a forklift and moved palettes of materials all day). He did not express the same concern to any of the men who were smaller than her or who visibly struggled, even new hires."

The best way to deal with this? Let a woman's work speak for itself. If she's performing at expected levels, there's no reason to question her abilities. 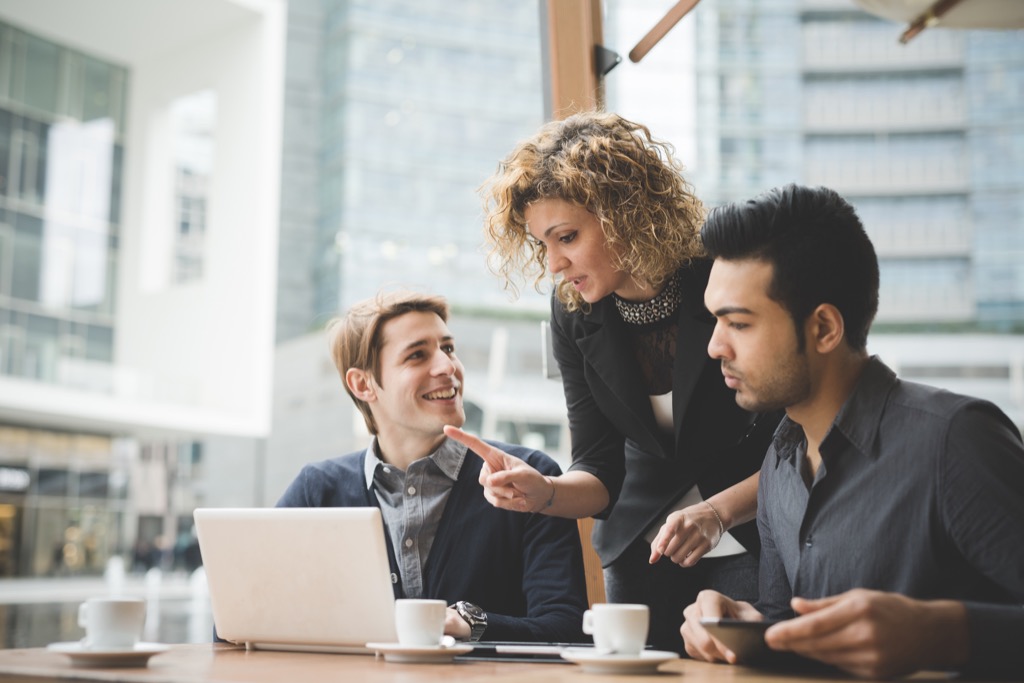 Sometimes people think this is a friendly, supportive thing to say, but it's not appropriate at the office. "It's not a good idea to tell a woman she looks attractive, gorgeous, pretty, beautiful, or great in a professional setting," Poznar says. "We don't tell men that they are 'good looking' in the office." Instead, you can tell a woman how brilliant she is, how much you learned from her presentation, or how much you appreciate her leadership and expertise. "The responsibilities of keeping a workplace clean and tidy usually fall on the women, whether they are secretaries, assistants, or other kinds of employees," Harrison points out. "It is almost expected in some work environments that the women do a 'matronly duty' and keep the workplace as neat as they do their homes. Combating this can be done by asking everyone to help with the job's housework—not just the women. A combined effort can be more effective and will erase the sexist aspect of the request." 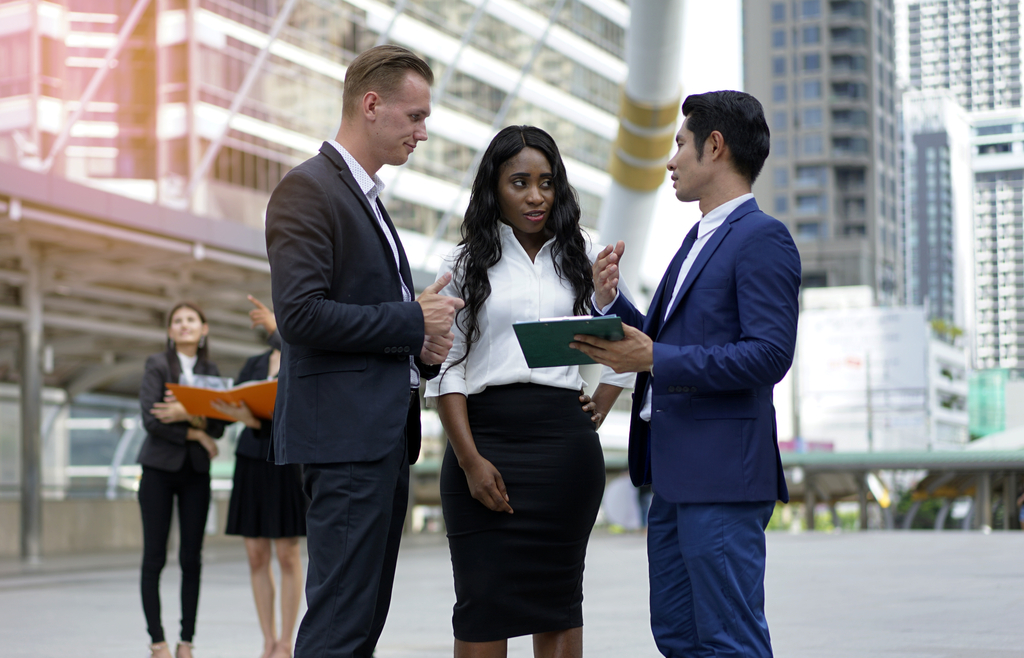 Saying a woman's clothing, body part, or overall appearance is distracting is a major no-no. "Comments like these in retaliation to the #metoo movement are assumed to be acceptable, suggesting that a man's inability to control himself sexually takes precedence over a qualified candidate," Terrany says. 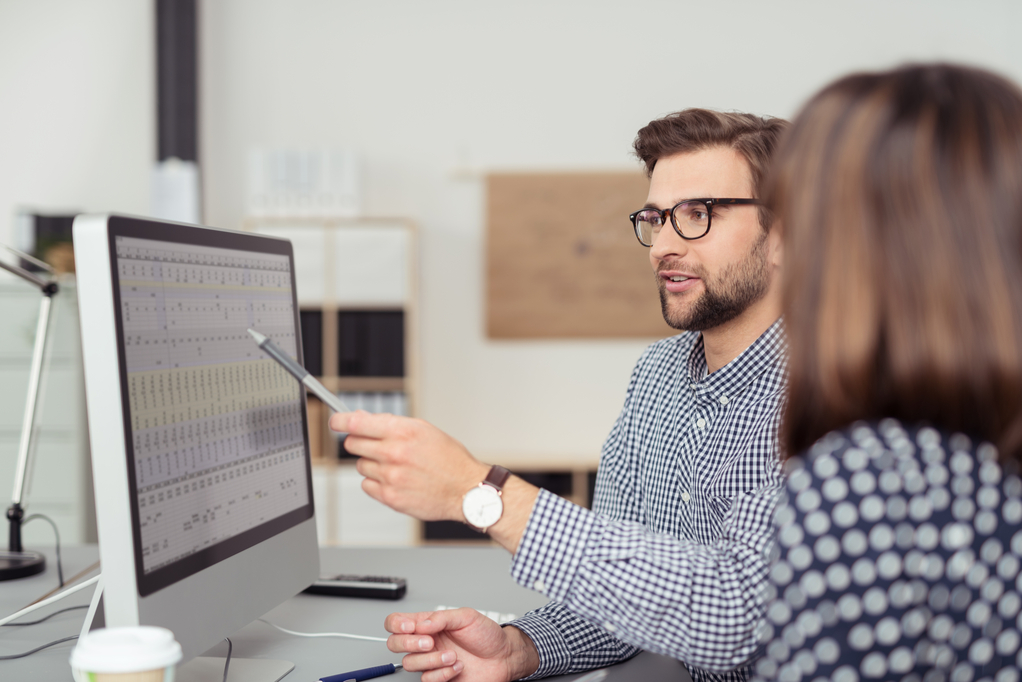 "This assumes that your female colleague might need rescuing—and maybe she does—but by assuming you take away or minimize her power," Cush says. Instead of assuming she needs it, simply ask if she would like help. "This shows concern, but also gives her the opportunity to decline your help if she doesn't need it." For more on sexism, this is What Every Man Should Take Away From #MeToo. 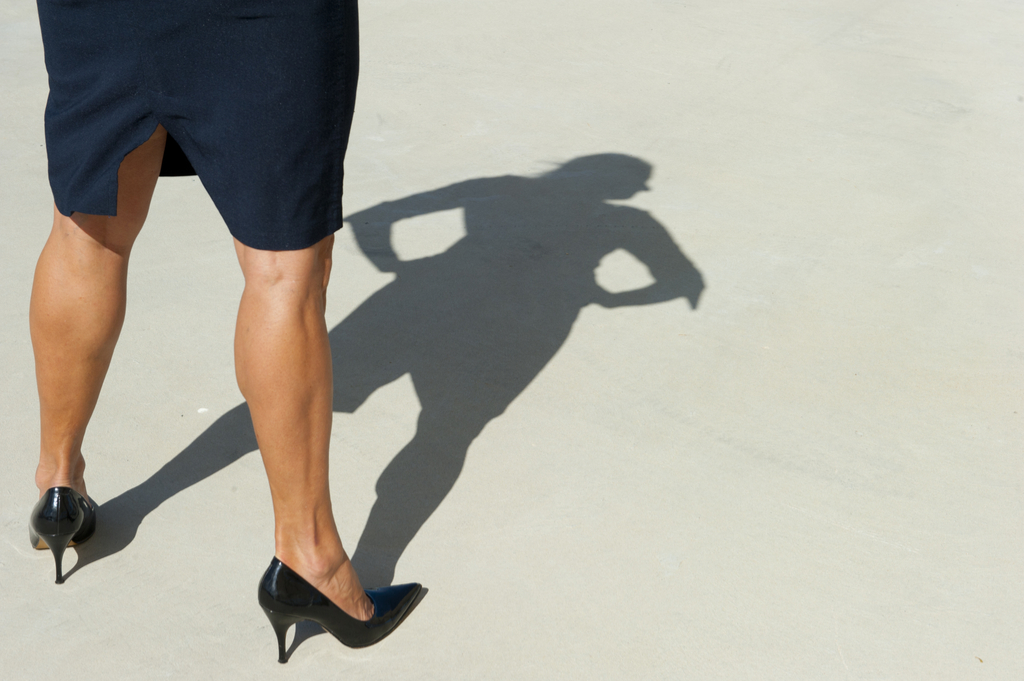 Have you ever heard a man be referred to as "bossy?" Nope. "Women are often described as 'bossy' when they are in a position of authority, while men are referred to as 'powerful,'" Masterson says. "This leads to the stereotype that women shouldn't lead which holds them back in every industry." 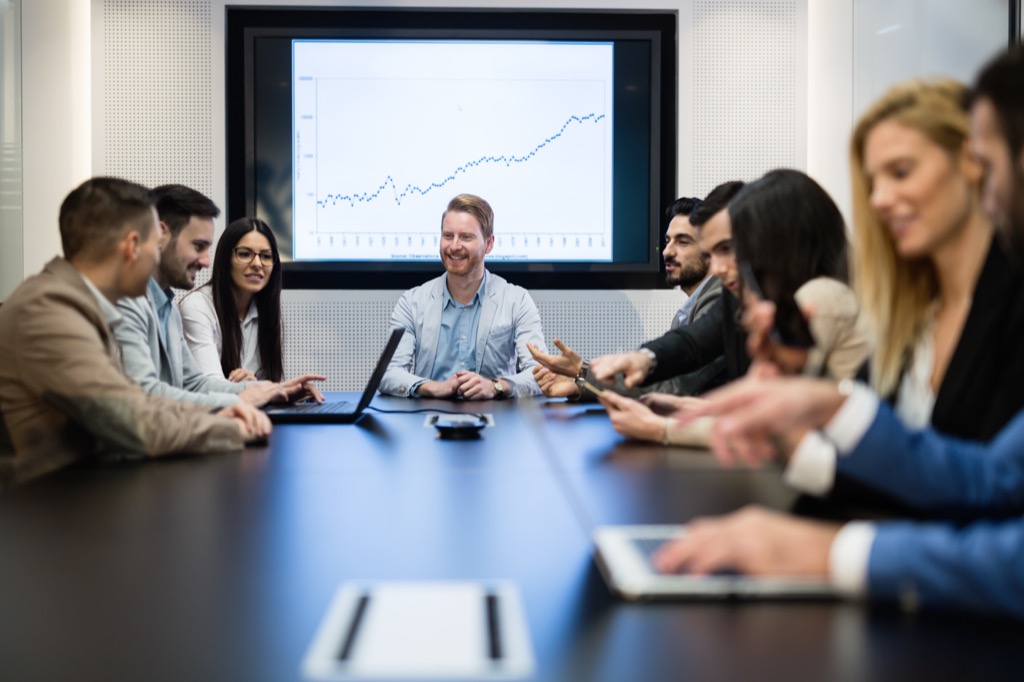 "Guys" has become casual terminology for to refer to a group of people who are present, but it's the textbook definition of the phrase "subtly sexist." Luckily, it's extremely avoidable once you take notice of the habit of saying it and decide to break it. Replace it with "everyone," "folks," or "team," and you're good to go.

Again, this phrase shows how subtly gendered language has become. Instead of asking for volunteers to "man" an event, just ask for people to "staff" it, Poznar suggests.

Chances are you've heard these phrases in everyday life, and while they're inappropriate anytime, they're especially off-color in the workplace. Think about it: Why don't we say"Dan Downer" or "Negative Nick?" Both terms suggest in a roundabout way that being sad or pessimistic and being female are somehow related.

Even when these terms are used to refer to a male, they're said as an insult that implies that the man is doing something inherently female, and that's not okay. If you want to make a comment about someone's overall attitude in the workplace, there are plenty of other more constructive—and gender-neutral—ways to do so. 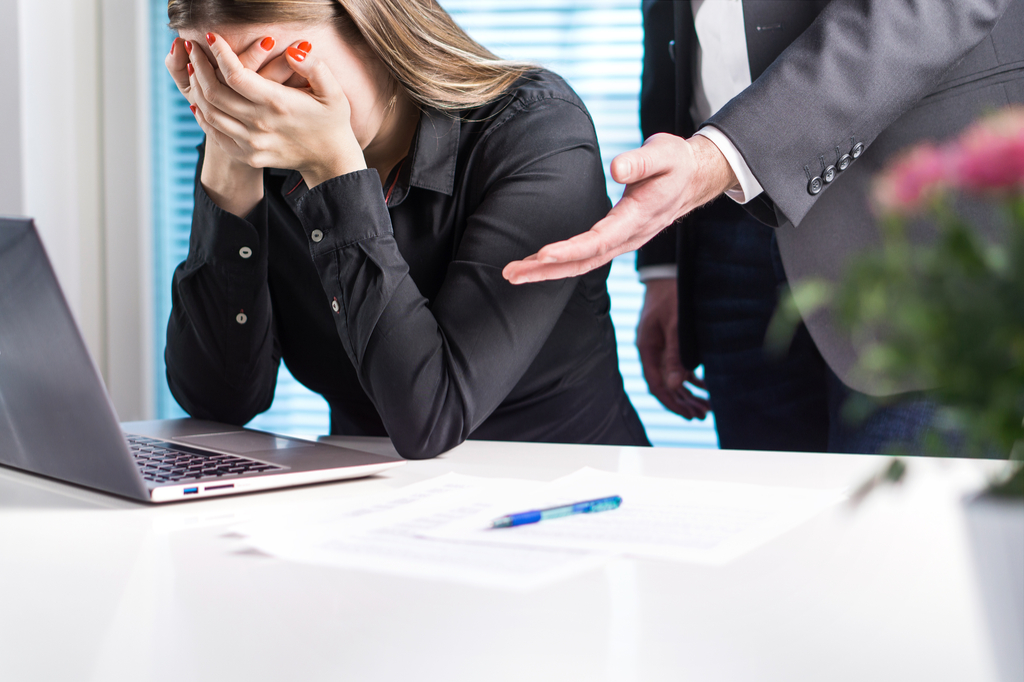 File this one under: excuses people make when they realize they've said something they shouldn't have. If someone expresses offense to something you've said, particularly at work, it's best to just apologize and move on. For more career advice, check out these 40 Best Ways to Jumpstart Your Career.