7 Inspiring Quotes from the Billboard Women in Music Awards

The theme of the evening was definitely #sisterhood.

On November 30th, Billboard held its annual Billboard Women in Music Awards—an event that, according to the magazine, aims to recognize "women in the music industry who have made significant contributions to the business and who, through their work and continued success, inspire generations of women to take on increasing responsibilities within the field." The evening was filled with women who are breaking all sorts of barriers in the entertainment industry today, including veteran badasses like Mary J. Blige, Solange, and Jennifer Lopez. But it was fitting, then, that the recipient of the main award, "Woman of the Year," was given to today's icon of female empowerment for budding young women: Selena Gomez. In her tearful acceptance speech, Gomez thanked her best friend, Francia Raisa, for donating her kidney when she underwent a kidney transplant due to her battle with lupus.

"To be honest, I think Francia should be getting this award because she saved my life," she said.

It was a fitting remark, given that #sisterhood was definitely the theme of the evening, with many of the award winners emphasizing that only when women stop putting one another down can we all rise together. Here are some of their most inspiring quotes from the evening. And for more day-to-day inspiration, don't miss these 50 Inspirational Success Quotes That Will Energize Your Days. 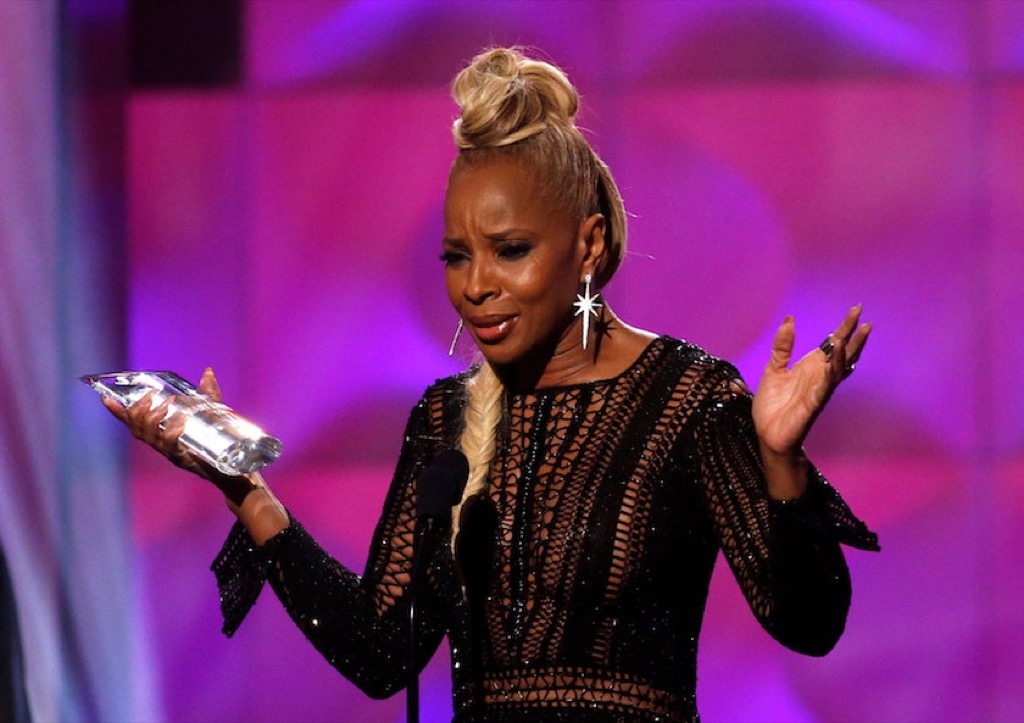 Accepting her Icon Award, Blige said "This has not been an easy fight. It has actually been hell. Ever since I was five years old, I've been fighting, literally, for my life..But I'm a fighter and I'm out here fighting for every woman, everywhere, that does not know how to get out or does not know how to keep her head up. I'm here fighting for you." 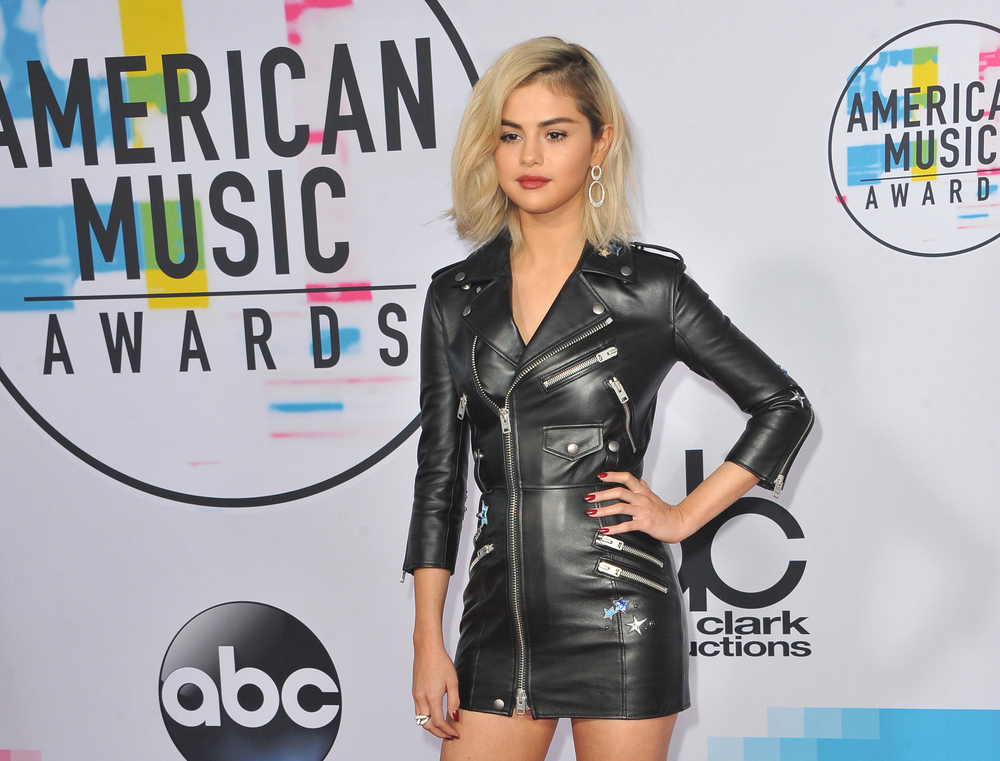 "I've never felt this proud to be a woman in the industry than I do today. And that's because I actually feel comfortable with every single women that has encouraged me about how crucial it is that the voices that are being heard for the first time is so great." 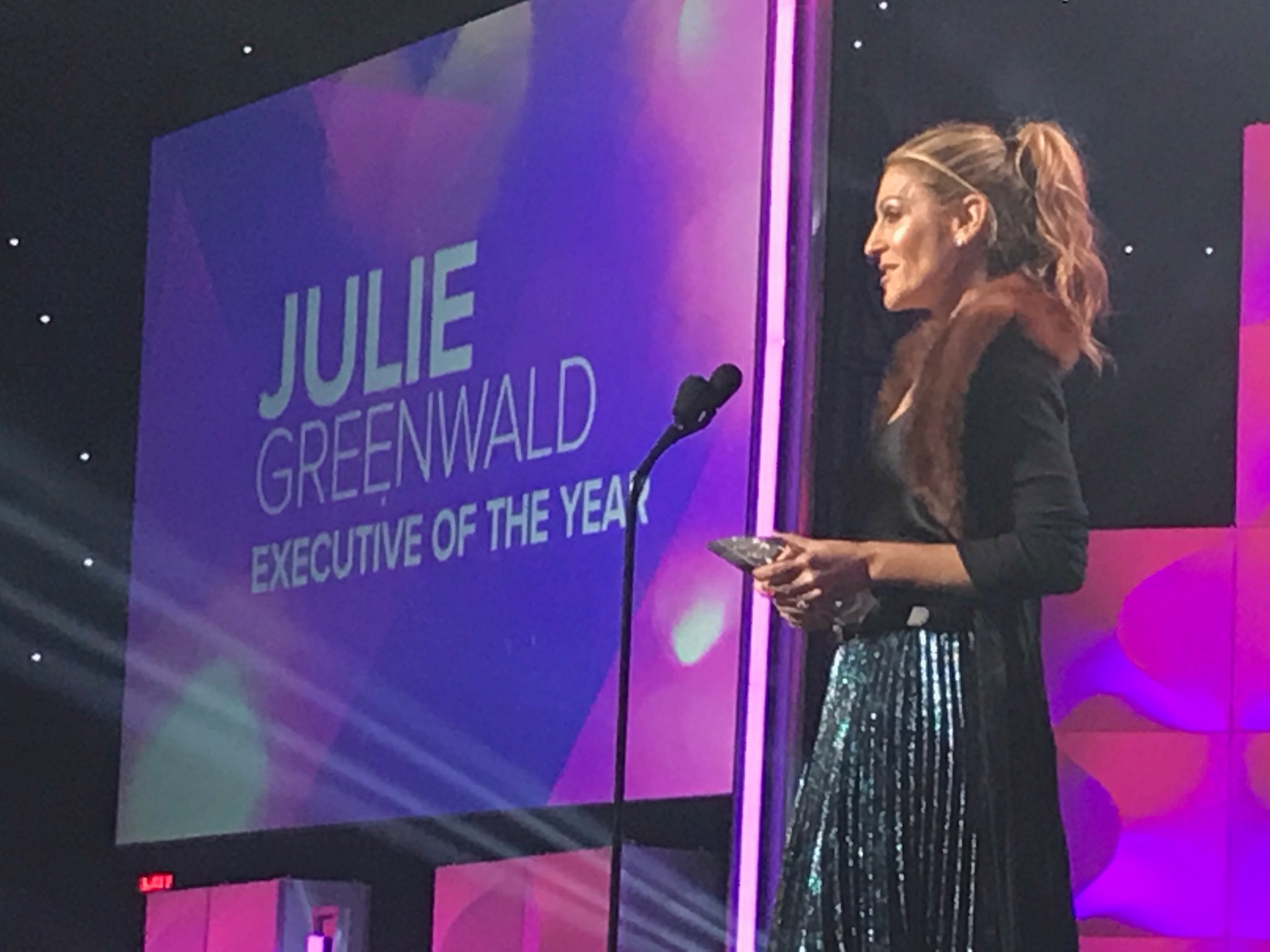 The Atlantic Records COO, who was named Executive of the Year, said, "Now more than ever, it's incumbent on every one of us to raise up the next generation of female leaders, so at the future Women in Music events, the executive of the year will stand up here and thank a woman for being her mentor. Now it's time to change the industry for the better. It's all right here, in how we support each other, in how we're committed to providing young women with a safer environment free from harassment and discrimination." 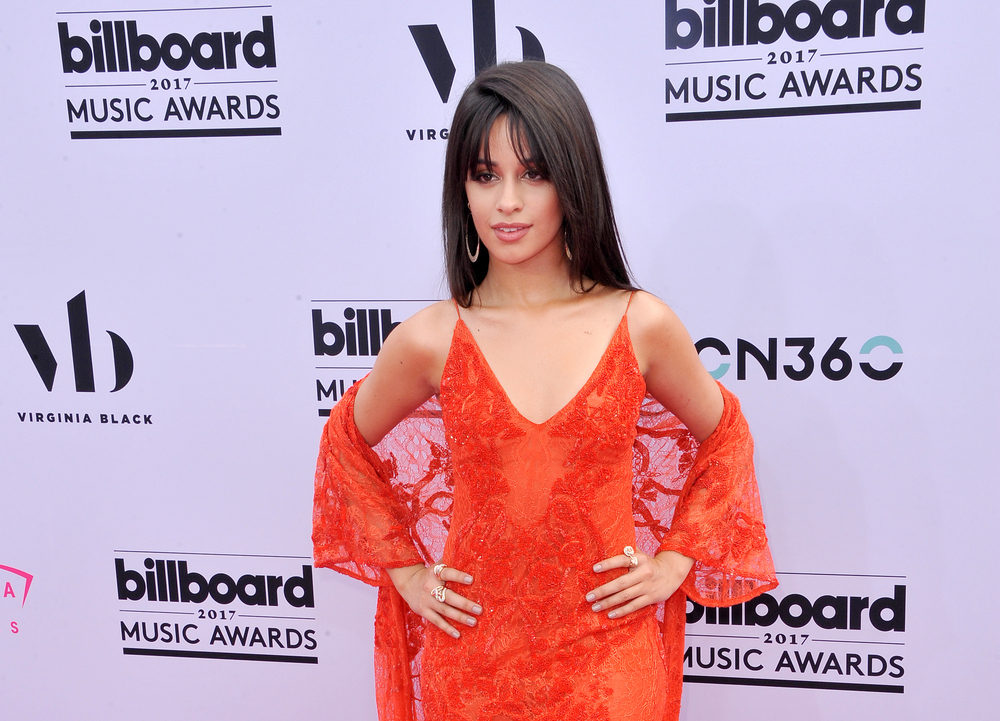 Accepting her Breakthrough Artist Award, Cabello thanked her mother, who came to America from Cuba with nothing but the clothes on her back. "She taught me that the only way to live life is to live it intensely, and she's shown me that, whenever you're most afraid, that's when you gotta make the jump." 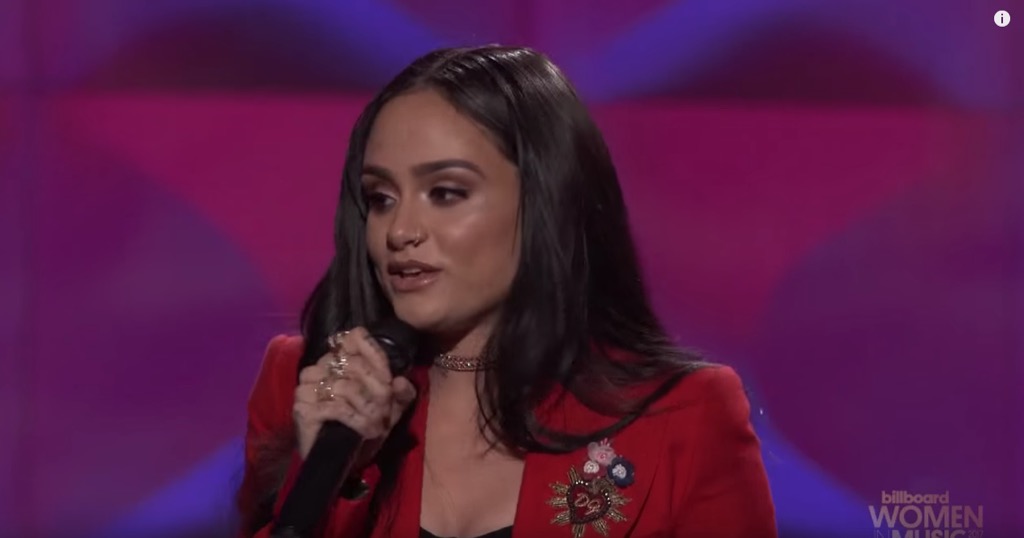 Accepting her Rule Breaker award, the singer expressed her gratitude and admiration for the incredible women in the audience: "Thank you for every woman who paved the way for me to be standing in this room doing what I love to do."ae0fcc31ae342fd3a1346ebb1f342fcb 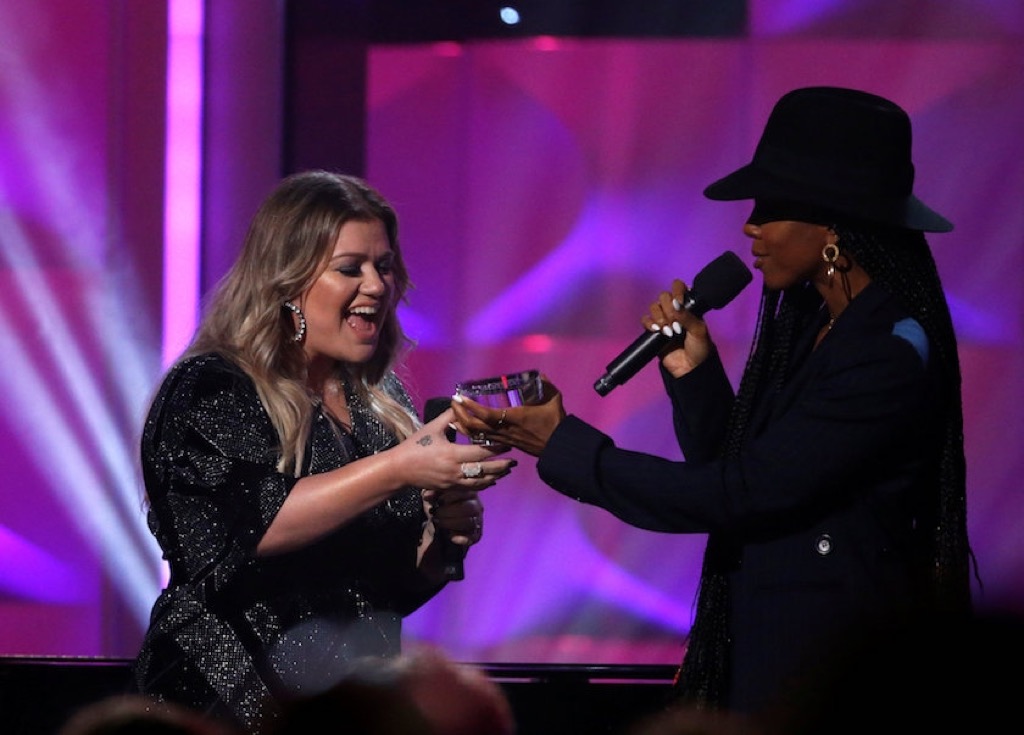 In her powerful speech for the Powerhouse Award, Clarkson said that she was so tired of women being pitted against each other. "Just accept the fact that there's room for everyone… Once women start really respecting each other as artists, then men will." 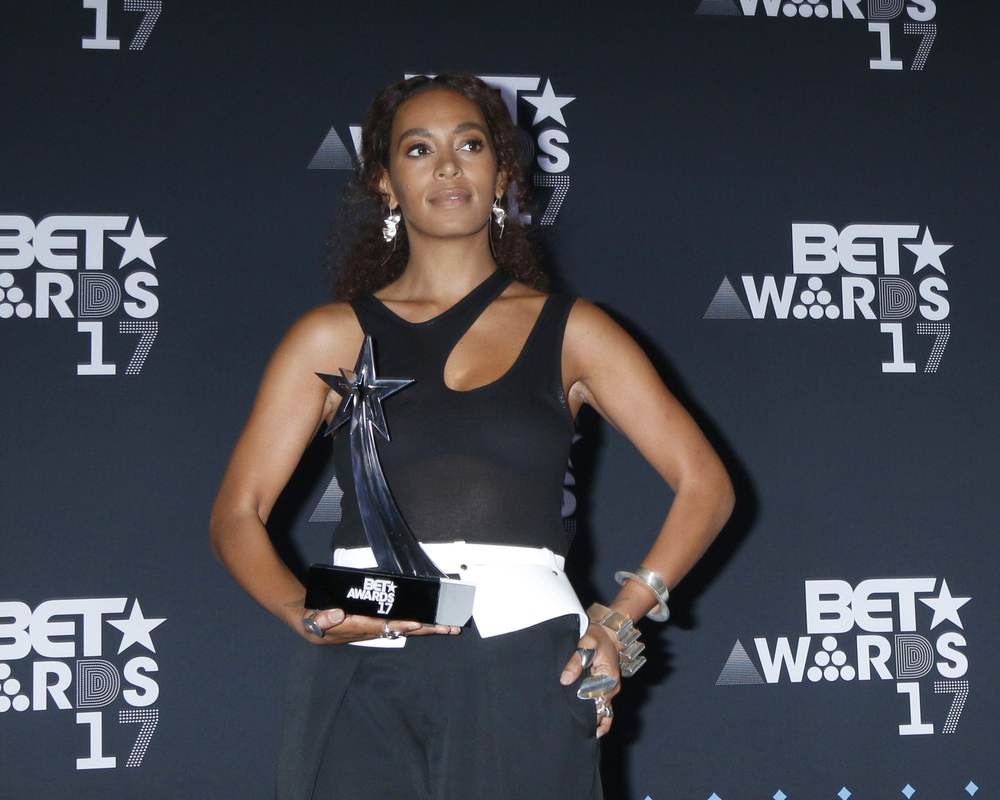 The recipient of the American Express Impact Award, Solange paid tribute to the changes that she's seeing in the industry: "It's a new goddamn day and I'm loving it."

Diana Bruk
Diana is a senior editor who writes about sex and relationships, modern dating trends, and health and wellness. Read more
Filed Under
Music • News • Quotes • Women
Read This Next
Latest News
Read This Next