The 5 Best Ways to Fund the Startup of Your Dreams

Got a brilliant idea, but can't afford to launch your own startup? Read on.

Where most guys would see a receding hairline, Todd Greene saw dollar signs. As a then-30-year-old Web designer working for GeoCities in Los Angeles, Greene's answer to hair loss was to shave it all off. But he found that conventional razors were hard to use on the top of his head. So at night, after work, Greene designed an exotic new device he dubbed the HeadBlade. He spent two years perfecting the Zamboni-like contraption, which comes complete with a tiny wheel and suspension. It kept his pate shiny, so he started looking for a deep-pocketed partner who was willing to put up the money to mass-produce his invention. Gillette and Schick swatted him away. Venture capitalists, fixated on finding the next Uber, laughed in his face.

Greene could have given up there, as do many wannabe entrepreneurs. Instead, he scrounged up just enough cash from his father, two friends, and his own savings to manufacture 500 HeadBlades. He quit his job, strolled down to Venice Beach, and sold them out of his backpack. They went quickly. Twenty years later, HeadBlades are still going strong.

About 40 percent of Americans are self-employed at some point in their lives, says Scott Shane, Ph.D., author of The Illusions of Entrepreneurship. They're not aping Bill Gates—they just want to fire their bosses and earn a decent living, whether it's running a bed-and-breakfast or opening a fly-fishing shop. But most don't make it very far, and the reason is usually money. Lack of money. How do you score the cash you'll need to stay around for another day? For most people, it means putting some skin in the game. Maybe you won't have to quit your day job (at least not at first), but you will have to pull off some of the kamikaze stunts that come naturally to born entrepreneurs, like stealing from your retirement savings or hawking a product you haven't invented yet. The good news is that if you have the cojones to pull off such moves, there are lots of ways to conjure start-up resources…things most people never think of doing. Here are a few of the most effective ones. And who knows? In time you might join the 14 Youngest Billionaires in America.

1
Be Your Own Bank 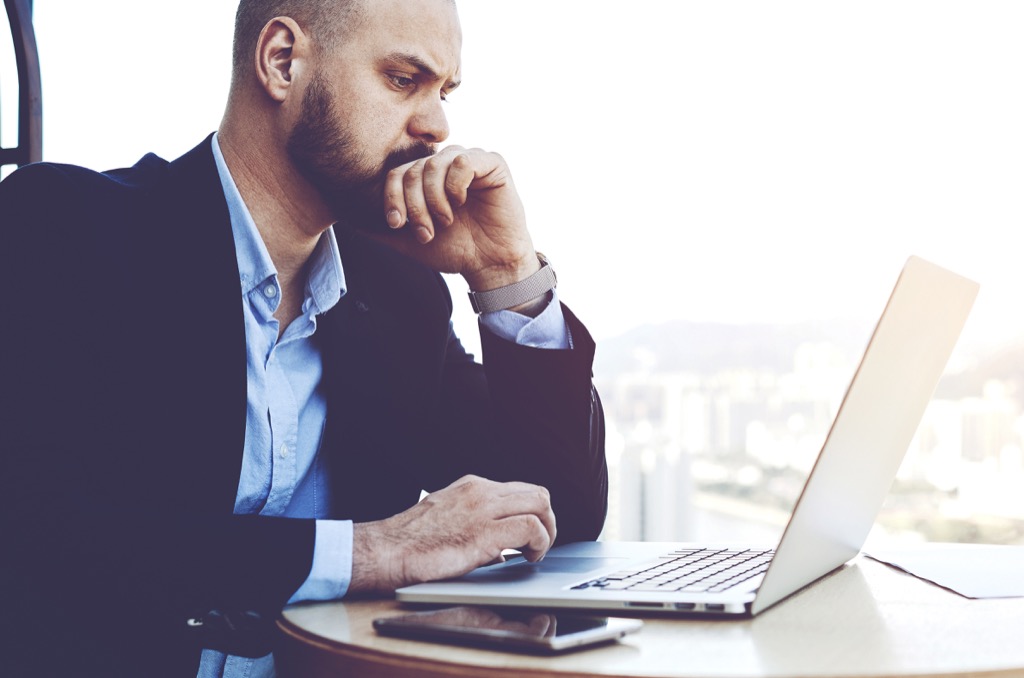 Tony Karklins earned just $29,000 a year as a bike-store manager in Little Rock, Arkansas, but that didn't stop him from pursuing his dream of bringing Euro craftsmanship to Yankee cyclists. One morning many years ago, he pulled up to the local bank in his Saab convertible and offered it as collateral for a loan. He took the $3,700 grubstake and wired it to a company in Spain, which sent him 10 exquisite bike frames in return. Within three months, Karklins had paid off the loan (with 8 percent interest), and within three years, his fledgling distributorship had made the Spanish company Orbea the largest-selling European road bicycle brand in America. "I couldn't find a visionary, so the best thing I could do was hawk my car," says Karklins.

Waiting around for that deep-pocketed visionary may be the biggest mistake made by first-time entrepreneurs. With all the ink spilled over highfliers such as Facebook and Snapchat, you might think venture-capital firms are the main source of money for new businesses. But the biggest source of start-up capital by far is the founder's own savings, says Shane, who has crunched the federal data on small-business funding. More often that not, the entrepreneur takes out a home-equity line and funds his business with the proceeds. It's a good option because of the relatively low interest rates (currently below 6 percent). If you don't have a lot of home equity, an unsecured loan–backed by your personal credit–may be good for a few thousand bucks, but you'll pay rates north of 9 percent.

Still can't raise the money you need? Time to get creative. In rough order of recklessness (least to most): Sell that Saab convertible and buy an old beater. Cash out your vacation days. Borrow from your life-insurance policy. Max out your credit cards. Borrow against your 401(k). This is how successful entrepreneurs roll, and big-time investors will expect it as a sign of commitment. "We look for entrepreneurs who have invested as much personal wealth as feasible in the company," says William Payne, an angel investor. "If he hasn't, I ask him, 'Why should I invest in your company when you haven't?'"ae0fcc31ae342fd3a1346ebb1f342fcb

If all this makes you queasy, look at the bright side: You might not need as much cash as you think. The average business costs just $25,000 to launch, says Shane.

2
Find a niche within a niche 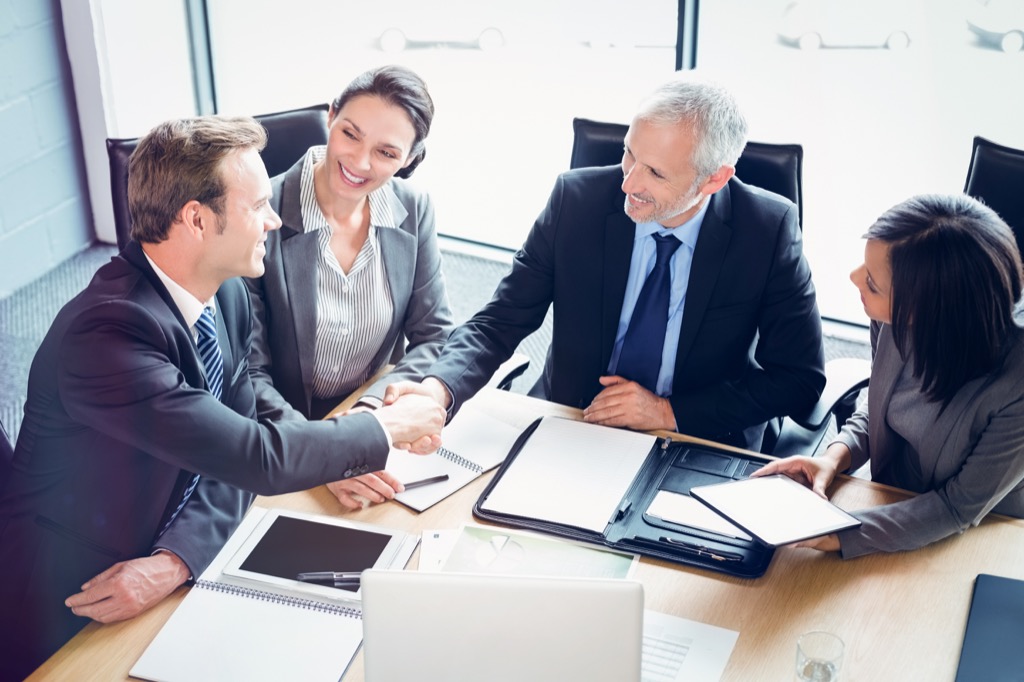 Don Sandusky and Michael O'Neill learned this the hard way. After leaving chemicals giant DuPont, they wasted months trying to raise $2 million to build a factory to make specialized rubber gloves. Desperate to pay the bills, they started consulting with sports-equipment makers on the side. Soon they found an innovative way to prevent balls from deflating and licensed the technology to Spalding, which now uses it in footballs and basketballs. Sandusky and O'Neill are using the royalties to design their own sports equipment. "Flexibility is your greatest asset in being a start-up," says Sandusky.

3
Latch onto the bigger guys Sandusky's sale to Spalding illustrates another point: Bigger companies need little guys to survive. They need your innovative products and services, and they are richer than you are. Use this to your advantage: If you tie a fly that bonefish can't resist, but your last name isn't Cabela, sell the pattern to Orvis.

Your customers or suppliers can also "lend" you cash through so-called trade financing. Offer a discount to clients or customers who pay you up front, or to suppliers who are willing to wait an extra month for payment. It may sound trivial, but cash flow keeps businesses alive long enough to grow.

4
Hit up your family and friends 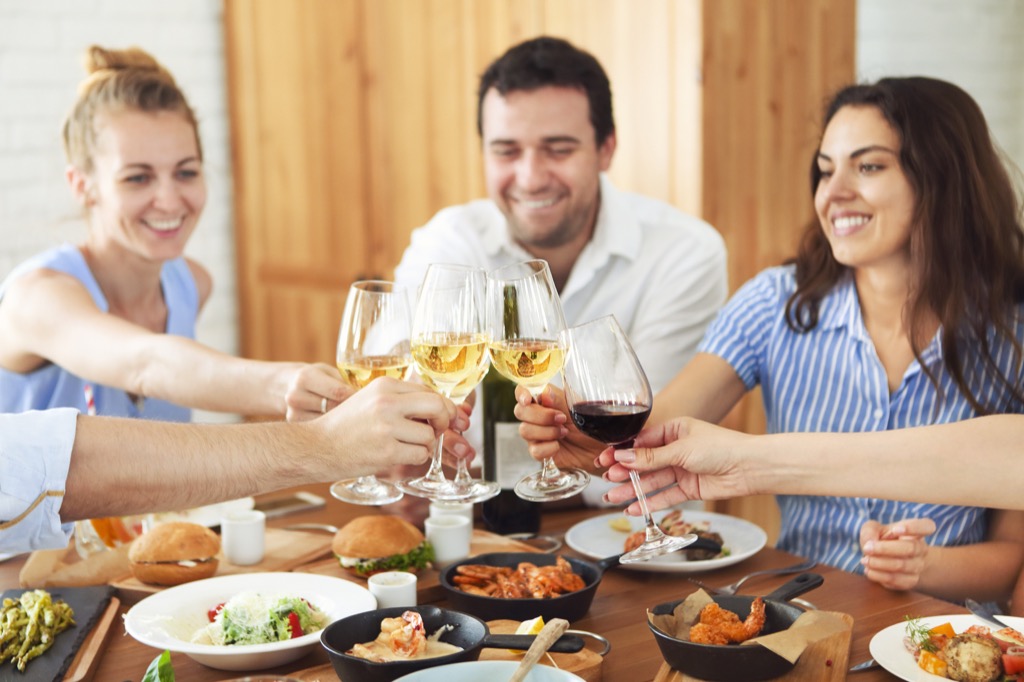 When Rich Adams ditched his Silicon Valley job to design bike frames in his hometown of Wilkes-Barre, Pennsylvania, his family celebrated by helping him out. His dad fronted the cash to buy the building in which he and his partner, Tom Jones, set up Around Town Bicycles. And his uncle, who once owned a ceiling and tile business, helped him rehab the building. "That support system was critical for getting me started," says Adams.

Family and friends are a great source of start-up money because they will often demand lower returns than banks, or will help bankroll your project in exchange for a modest slice of the company. But keep in mind that blood and money don't always mix. Make promises you can't fulfill and you'll be in for some tense Thanksgiving dinners. The best way to ensure that business stays business is to formalize the deal with a waterproof contract everyone agrees on.

If your nearest and dearest can't afford to help, try crowdsourcing for cash on Kickstarter. Alex Kalempa's side business of making motorcycle gear shifters went into neutral when his bank offered him just $5,000 and wanted to charge nearly 13 percent interest. But Lending Club lent him $15,000 at 9.6 percent. "It was a godsend," says Kalempa, a corporate-jet technician from Slinger, Wisconsin. "I can keep going and grow the business."

The average joe is a great source of money offline as well. It's a myth that most "angel" investors are rich, says Shane. When Matt Cheney, a pet sitter from Charlotte, North Carolina, wanted to buy a dog-grooming van, banks turned him down. Then a customer, Bruce Carroll, read about Cheney's plans in his customer newsletter and offered, unbidden, to loan him the cash. No rich man, Carroll: He took out a home-equity line to raise the money. Cheney offered to pay him just a slight premium over the cost of the loan.

True entrepreneurs are always hustling for money, and they're comfortable with the risks involved. By age 30, Glenn Paul had earned more than $2 million by selling the computer distributor that he had cofounded. But he still used credit cards and home-equity lines to fund his third business, a photo-sharing and printing site called DotPhoto. He also raised cash from just about every other conceivable source. The only thing that works is persistence, says Paul. "It's supposed to be this methodical process that starts with writing your business plan in just such a way. But in fact, it's a very messy business. You keep swinging for the fences every day."

[Ed note: A version of this story appeared in the July 2008 issue of Best Life.]