The Big Apple always treated the princess like a queen.

Princess Diana was undoubtedly the People's Princess, but when she visited New York City, she was greeted—and treated—like a queen. Everyone from charity workers to Hollywood stars wanted to meet the princess and she stirred up plenty of excitement whenever she touched down in Manhattan. As the most famous woman in the world during the pre-Internet age, it's surprising to learn that Diana was able to stay somewhat below the radar while turning heads at city hotspots like the Four Seasons and the Carlyle Hotel. Here are the six little-known things Diana did whenever she graced the Big Apple with her regal presence. And for more on the late princess, Learn the Secret Story Behind Her Famous "Revenge Dress."

1
She stayed at her favorite hotel.

The luxurious Carlyle Hotel on the Upper East Side was Diana's favorite place to stay whenever she visited New York City. In a touching tribute to his late mother, Prince William and Catherine, Duchess of Cambridge, chose to stay at the hotel for their inaugural visit to Manhattan in December 2014.

Jennifer Cooke, director of communications at The Carlyle, told People at the time, "The duke and duchess I think definitely stayed here at the Carlyle because Princess Diana used to stay here and she was very fond of this hotel. I heard him say that in the lobby that he had heard so much about this hotel through the years and they were really happy to be here."

2
She lunched with her media mavens. 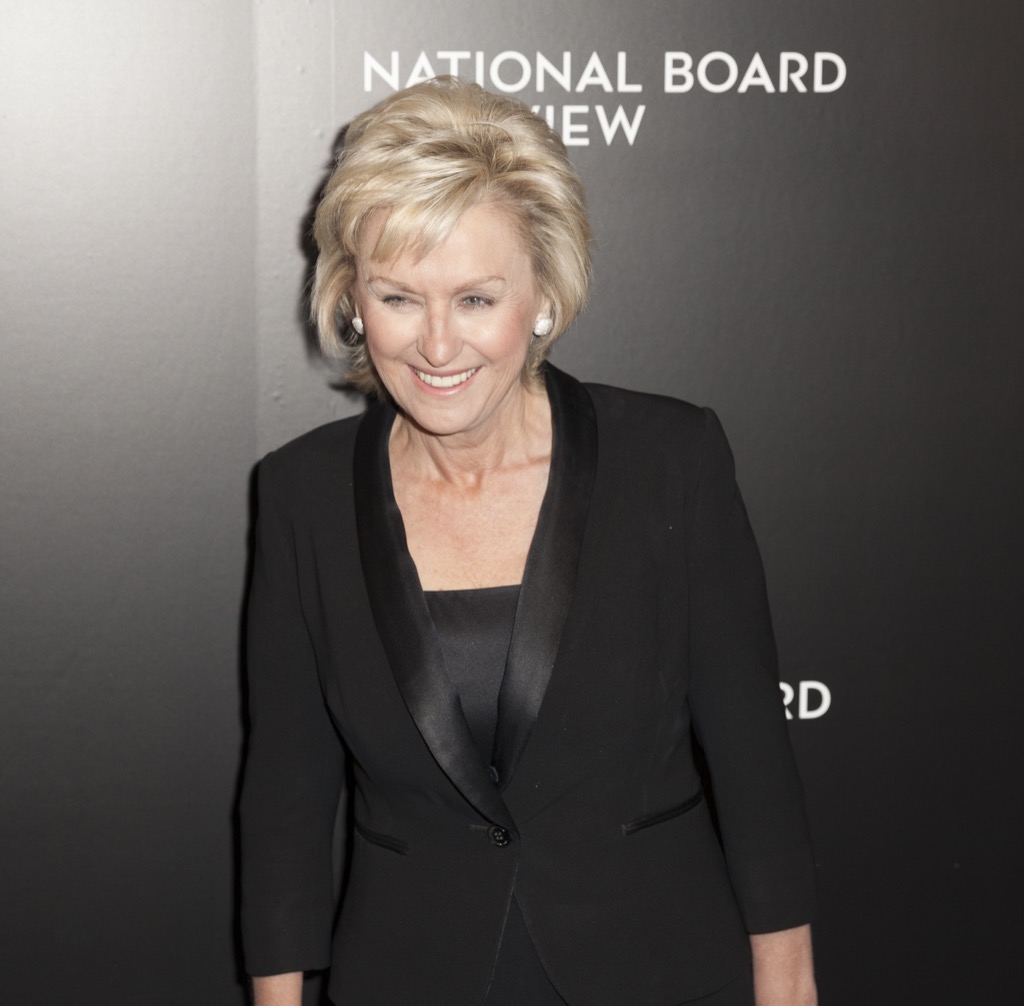 A sit-down with Diana was one of the most sought-after interviews in the world. After her headline-making and disastrous interview with Martin Bashir for BBC's Panorama (which she later said she regretted doing), the princess never did another one-on-one television interview. But that didn't stop some of the biggest names in media from wooing her. Barbara Walters and Oprah Winfrey reportedly pursued Diana to no avail. A few months before her death, while in the city for the Christie's auction of her dresses in June 1997, Diana lunched with Tina Brown, who was the editor of The New Yorker, and Anna Wintour, editor of Vogue, at the Four Seasons. Brown has written extensively about the lunch over the years. One of the main topics of discussion: Diana's summer plans.

The princess told the two editors that as a single parent it was difficult to find something exciting to do with her sons that compared to what Prince Charles could offer, like the grandeur of Balmoral and other royal vacation spots. She told them of her plans to take the boys on a holiday aboard Mohamed Al Fayed's yacht in the South of France. It was on the yacht that Fayed introduced Diana to his son, Dodi Fayed, and set the wheels in motion for a tragedy that would forever change the British royal family.

3
She always made time for charity.

Diana knew that, wherever she went, the press followed, so when she came to Manhattan, she always made sure to draw attention to charities and causes that she cared most about. Over the years she visited many of the city's top charitable institutions and healthcare facilities, including the Henry Street Settlement, a social service agency, and the Harlem Hospital Center, where she toured the pediatric AIDS ward on more than one occasion. On her last visit to New York City, in June 1997, she met with Mother Teresa, the founder of the Missionaries of Charity, at the Missionaries of Charity's residence in the Bronx. The nun would die a few months later in September—the day before Diana's funeral.

Diana was a favorite of the fashion crowd, and one of her best friends was the late Liz Tilberis, who was the editor-in-chief of Harper's Bazaar. The princess wowed the crowd by wearing a figure hugging gown and slicked back hair when she presented an award at the Council of Fashion Designers of America at Lincoln Center during a two-day visit to the city in January 1995. A year later in December, she accompanied Tilberis to the awards held the Metropolitan Museum of Art where she turned heads in a slip-like evening dress designed by honoree John Galliano, who was then at the helm of design house Christian Dior.

Her highest profile fashion event was the Christie's auction, "Dresses," in June 1997. While she did not attend the actual auction, which raised $3.25 million for cancer and AIDS charities, she was the star attraction at a VIP reception before the sale on June 23, where Lord Hindlip, chairman of Christie's International, and Christopher Bafour, chairman of Christie's Europe, hosted a reception for the city's fashion A-list, including Wintour and Joan Rivers, along with potential bidders who had paid big bucks for a glimpse of the princess that night. 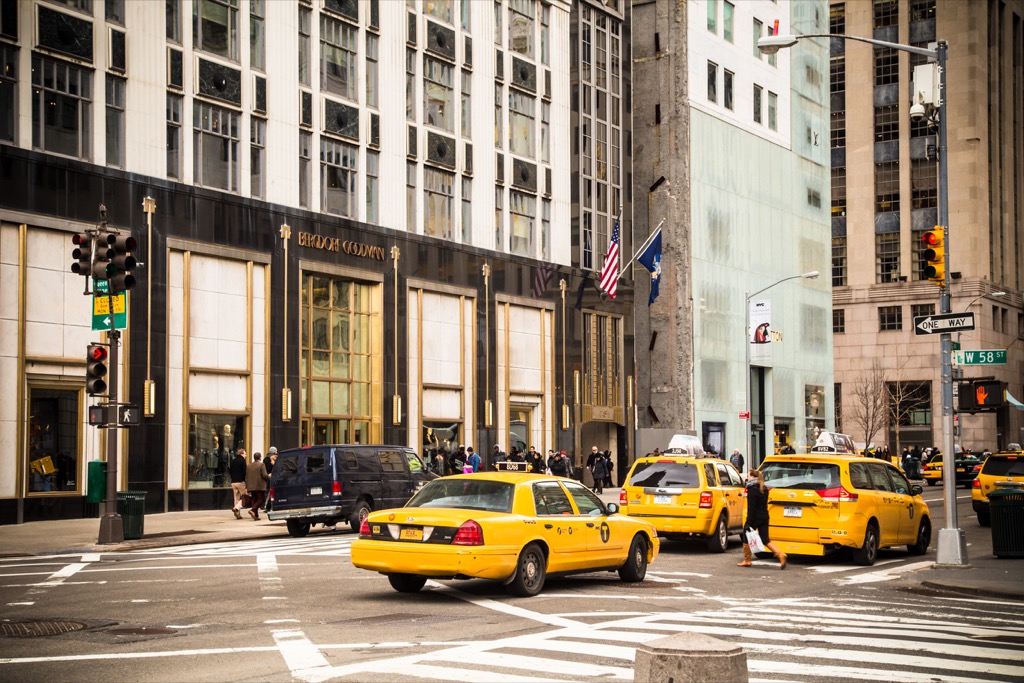 Diana loved shopping and indulged in plenty of retail therapy while in New York. Among her favorite luxury outposts in the city: Bergdorf Goodman, Tod's, and Lana Marks, the namesake handbag boutique, owned by Marks, who was a close friend of the princess. And for deeper peek into Diana's wardrobe, here's The One Thing Princess Diana Would Never Wear.ae0fcc31ae342fd3a1346ebb1f342fcb

6
She had secret meetings with celebrities. 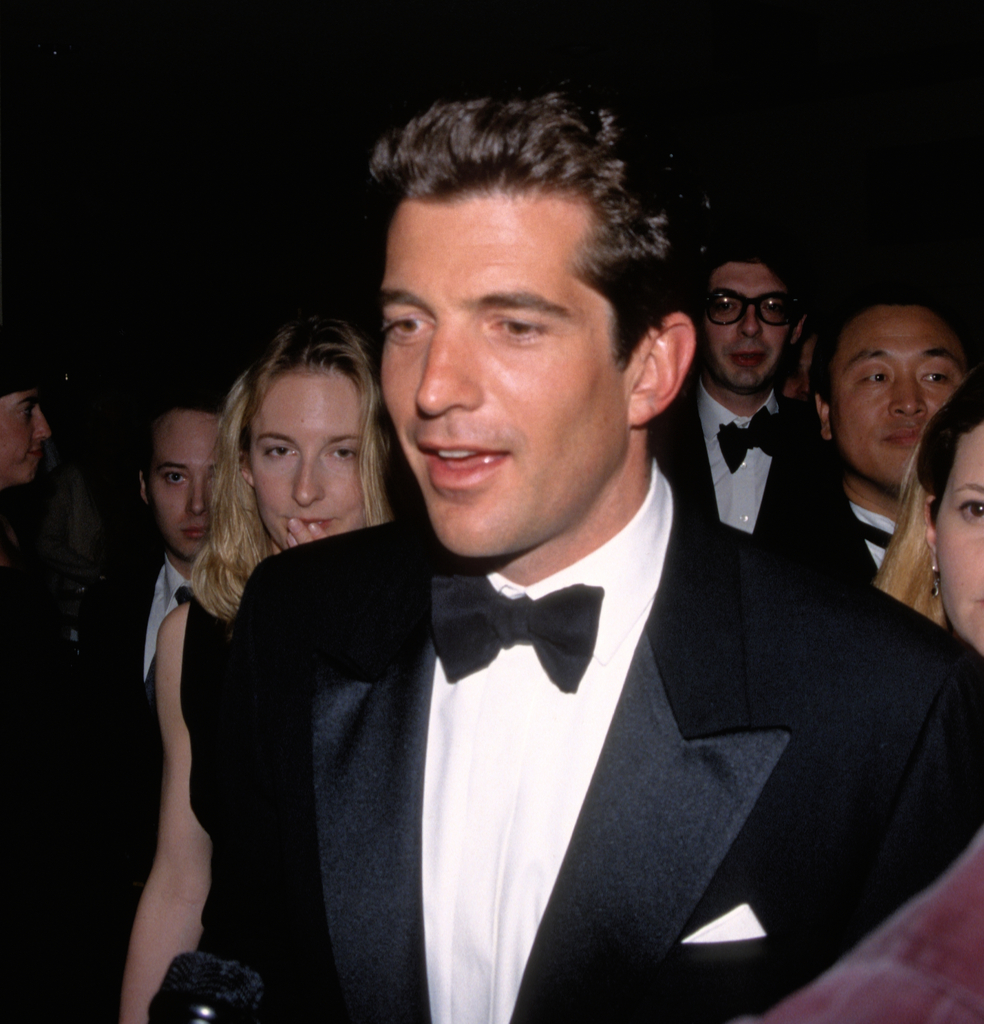 Not everything Diana did during her visits was documented by the ever-present paparazzi. In 1995, she had a top secret meeting at the Carlyle with John F. Kennedy, Jr. The son of the late president (and the closest thing we had to royalty on this side of the pond) met with Diana in hopes of convincing her to be on the cover of his glossy political magazine, George. The princess and Kennedy had never crossed paths before and she reportedly told friends she was curious about him (and found him very attractive), so she agreed to meet him (but had no intention of agreeing to be photographed).

At the time, Diana was separated from Charles and some tipped-off photographers lurked around outside the hotel hoping to get the money shot of the decade. But they were stationed at the wrong door. The photographers assumed that the two would enter the hotel through in the less visible side entrance of the Carlyle. But they were outsmarted when Diana and JFK Jr. walked right in the front entrance without a single camera managing to capture the two icons together on film.