Choosing one of these carriers makes it more likely you arrive late to your destination.

Whether you're a seasoned traveler or only an occasional vacationer, there's no worse feeling than getting to the airport to find that your flight has been delayed—or even worse, canceled. But it's not just weather that can keep your plane from leaving on time: The way that some carriers operate can make it more likely for them to take off late. Now, data has revealed which airlines in the U.S. are the most likely to have flight delays or cancelations.

The latest research comes from an analysis conducted by The Family Vacation Guide of the Bureau of Transportation Statistics' (BTS) "Airline On-Time Statistics and Delay Causes" data. The percentage of on-time flight arrivals for the 13 major mainline passenger and regional passenger airlines in the U.S. was then calculated using data from July 2019 through July 2021.

Data also sheds light on the reasons why flights are delayed or canceled. Besides delay due to weather and security issues, instances of an "aircraft arriving late," diversions, National Aviation System (NAS) delays related to air traffic volume and control issues, and "air carrier" issues that were within the airline's control are all recorded. According to the BTS, "a flight is counted as 'on time' if it operated less than 15 minutes later than the scheduled time shown in the carriers' Computerized Reservations Systems (CRS)."

So, which carriers were the least likely to leave on time? Read on to see the worst airlines for flight delays in the U.S., according to The Family Vacation Guide's analysis of data from the Bureau of Transportation Statistics.

With a fleet of 478 aircraft flying to 236 destinations throughout North America, SkyWest Airlines operates as a regional carrier for United Airlines, Delta Air Lines, American Airlines, and Alaska Airlines. On average, nearly 16 percent of the company's 2,330 daily flights aren't on time.

Leading up to the pandemic, Alaska Airlines was the fifth-largest airline in the U.S. based on passenger volume, destinations served, and fleet size. The company also recently announced it would be making changes to some of its inflight services as part of its eco-friendly initiative. Still, almost 17 percent of the airline's flights are late or canceled, according to BTS data.

Southwest Airlines has the distinction of being the largest low-cost carrier in the world, with a fleet of over 730 aircraft serving more than 120 destinations. But it also sees nearly 17 percent of scheduled flights delayed—including one weekend in October that saw more than 1,800 of its flights grounded, CNBC reports.

As an ultra-low-cost airline, Spirit is known for its bargain airfares. Unfortunately, it also sees 18 percent of its flights delayed or canceled—including a recent stretch in October that saw one in 25 flights outright canceled.

As the world's largest carrier by fleet size, passengers carried, and passenger revenue, American Airlines has nearly 6,800 flights daily to 350 destinations. However, according to data from the BTS, almost 19 percent of them are delayed or canceled.

United Airlines has a fleet of 853 aircraft that jet around to more than 210 domestic locations and more than 120 international destinations. Data also finds that out of the more than 4,500 daily flights, nearly 19 percent get canceled or delayed.

RELATED: Never Do This If You're on an Oversold Flight, Expert Warns.

As a subsidiary of American Airlines that often flies under the name American Eagle, Envoy Air operates more than 1,000 daily regional flights. But of all their scheduled departures, almost 20 percent are ultimately delayed or canceled.

Denver-based Frontier Airlines is an ultra-low-cost carrier that flies to 120 destinations in the U.S., Caribbean, Mexico, and Central America. According to data from the BTS, more than one in five of these arrives late or gets canceled before takeoff.

RELATED: Another Major Airline Just Said It's Cutting Flights for the Next 2 Months. 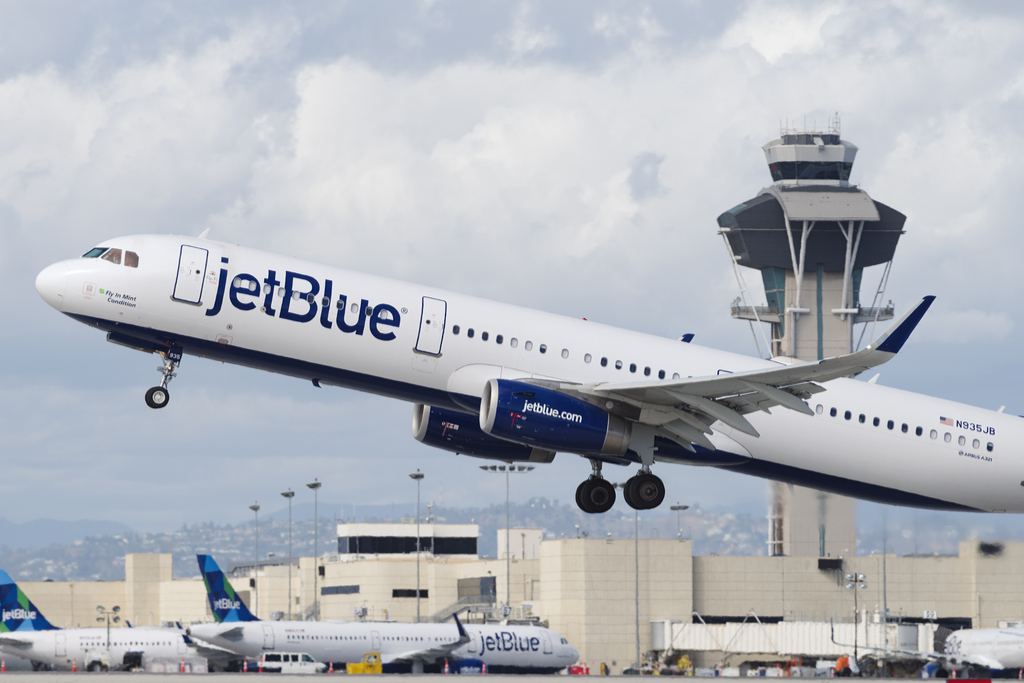 JetBlue Airlines clocks in as the sixth-largest carrier in the U.S., servicing more than 100 destinations domestically and internationally. It also sees just over 23 percent of its flights leave later than scheduled or eventually get canceled.

If you have tickets booked with Allegiant Airlines, make sure you check your flight's status before heading to the airport. Data showed that over 27 percent—or more than one in four—of all flights operated by the carrier are late or canceled, making it the worst of the U.S. airlines for flight delays.