17 Signs You're Probably a Narcissist, According to Experts

From feeling superior to playing the blame game, this is how narcissists behave.

It's usually not terribly difficult to spot a narcissist, or at least someone that displays narcissistic tendencies. After all, it's a genuine psychological disorder, which the American Psychiatric Association defines as "comprising pervasive pattern of grandiosity, a constant need for admiration, and a lack of empathy." Purportedly, narcissistic personality disorder, or NPD, affects about 1 percent of the population, according to a 2016 cover story in Psychology Today.

To ID a narcissist in the wild, look for the person who hijacks nearly every conversation you have with them. Or the friend that never seems to make any effort to understand your problems. Both are exhibiting traits used to classify someone with NPD.

But when it comes to turning the lens on yourself, well, that can be a bit more difficult. After all, it's human nature to turn a blind eye to personal bad behavior—and that's especially true for narcissists. To that end, we've rounded up, straight from mental health experts, all the dead giveaways and tell-tale signs true narcissists exhibit on a regular basis.

Though narcissists struggle to form true connections with peers and partners, "they can be charismatic, often quite smart, charming, and very gripping," says Ramani Durvasula, PhD, a licensed clinical psychologist. Ultimately, what separates a caring, charismatic individual from a deceptively charming one is whether they maintain their manners or slowly devolve into someone who doesn't listen and lacks empathy.

2
You thrive on being the center of attention.

The need for attention likely stems from childhood, according to psychotherapist Kimberly Hershenson. "If the individual was either overly pampered or overly criticized they may be struggling with insecurity, low self-esteem, or jealousy," she says. "In order to combat these feelings, they may try and put [themselves] on a pedestal in an attempt to feel better." 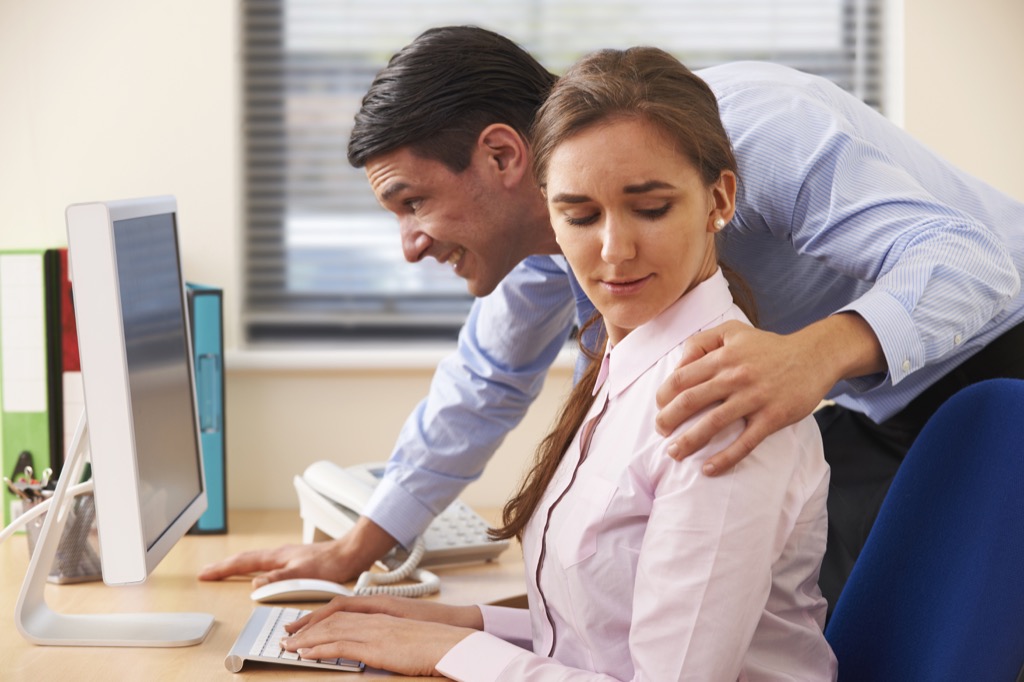 If you're a narcissist, the only boundaries you recognize are you own. In some cases, you may not be aware of a person's boundaries, while in others, you are aware, but don't care that you may be crossing them. According to PsychCentral, narcissists often react to set boundaries with accusations—for instance, continually asking "why" instead of respecting the other person's wishes and leaving them alone.

"Narcissists also manipulate situations and violate boundaries, so trust becomes an issue," Hershenson says. "Communication and trust are two of the most important traits in a healthy relationship, and with a narcissist, it is nearly impossible."

Being a poor listener is an unseemly quality on its own, but when you combine it with a tendency to take control of conversations, you are exhibiting behavior characteristic of a narcissist.

"You could be talking to someone about a health scare you had, and the conversation drifts to [the narcissist's] upcoming vacation," Hershenson says. "It is difficult to have a meaningful relationship with a narcissist because conversations are always one-sided and about them."

5
You feel the need to shame others.

PsychCentral reports that narcissists actually use shame to control others as a way to beat them to the punch and avoid embarrassment. But Deborah Serani, PsyD, a professor at Adelphi University, says that a narcissist's goal is always to have a flowing supply of others to fulfill his or her needs. "So, in order to do this, narcissists exert great control over their environment and their relationships," she says. "Much of what is done is intellectual and calculated, planned, and well-rehearsed."

6
And blame them for your failures.

To be sure, no one likes to fail or make mistakes. But narcissists are particularly sensitive to those ego-bruising occurrences. In fact, anything remotely threatening to their sense of self has to be eliminated, according to Serani. "The narcissist will use techniques like denial, deflection, and blame-shifting," she says. "Most narcissists are very skilled at double-talk and can find the right way to twist blame away from themselves—and onto you."

Some people argue that holding a grudge is an art, and for the narcissist, that may very well be true. "An individual with narcissism generally responds to threats to his or her sense of self by using the silent treatment or rage," Serani says. "Because they cannot and will not own mistakes, the grudge services as a way of holding on to their need for vindication and rightness."ae0fcc31ae342fd3a1346ebb1f342fcb

8
You have frequent fantasies of grand success and perfection.

Serani says that the damage done in the narcissist occurs very young in life, where the sense of self doesn't develop cohesively. "The narcissist is aware of these deficiencies, so the dreams, fantasies, or aspirations for the best, the most, the perfect, are deeply wished for to remedy the pathological defect," she says.

9
You don't have friends that challenge you.

Superficial friendships are the norm for narcissists. In fact, Serani says these are the only types of friendships they can manage. "Deep, caring, thoughtful relationships are not tolerated well by someone with narcissism," she says. "This is because empathy and compassion are not traits found in a person with narcissism." 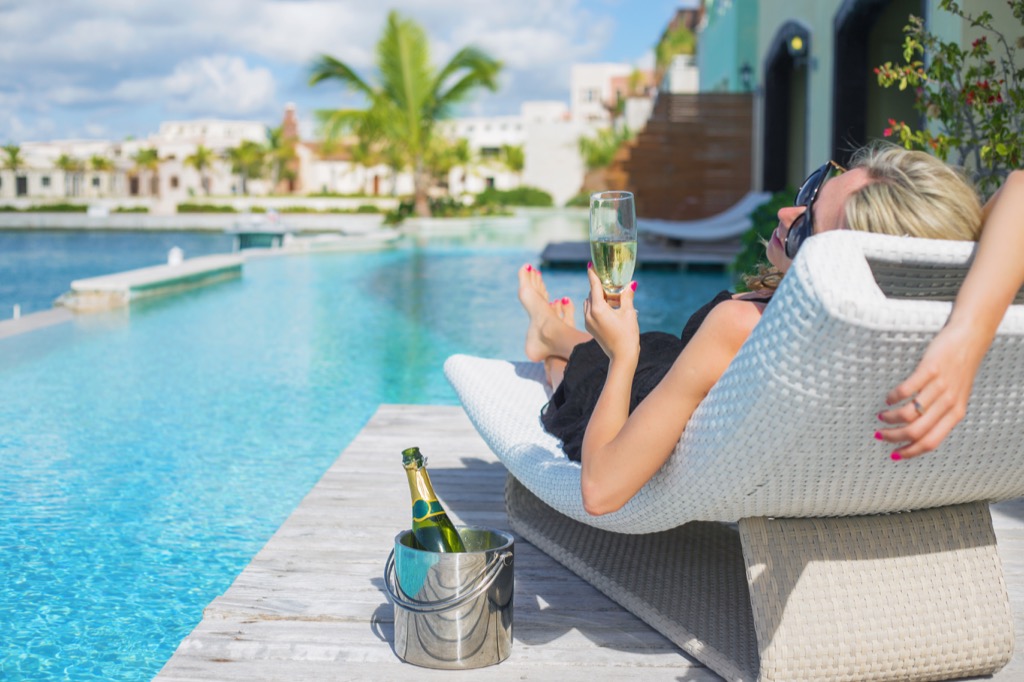 Special treatment is the only treatment narcissists believe they should get. According to Serani, too much entitlement creates a particularly pathological strain of narcissism, where you don't really consider the needs of others, but rather only the ones that pertain to yourself.

11
You feel superior to others. 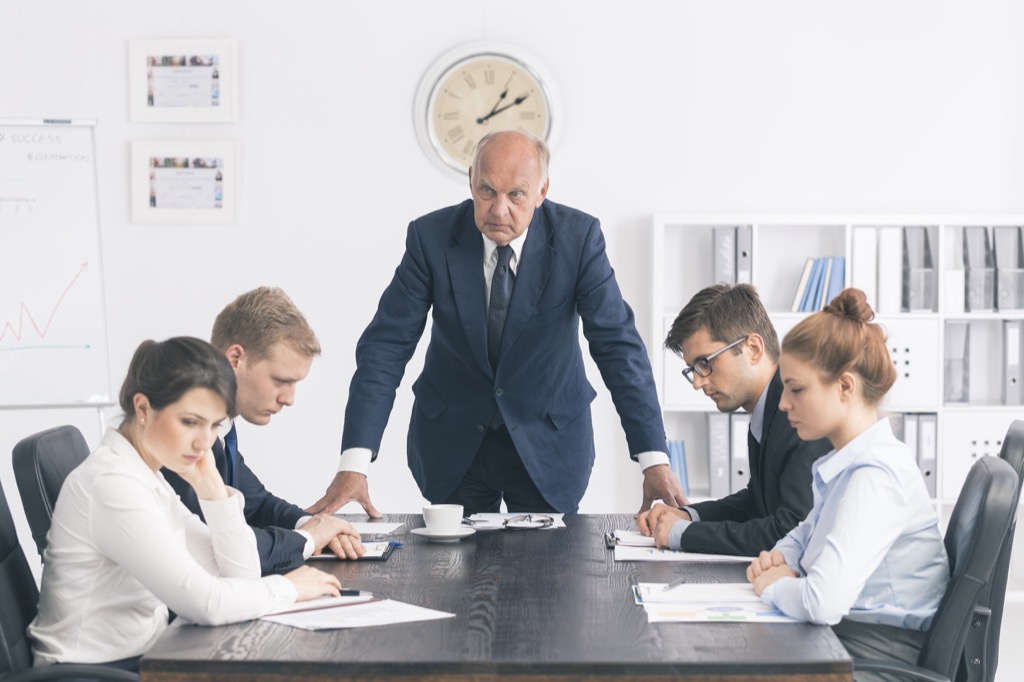 Narcissists often consider themselves to be above or better in some way than those around them, including friends, co-workers, and family. This sense of superiority, however, is little more than a mask, Psychology Today reports. Leon F. Seltzer, PhD, author of the blog Evolution on the Self, says that a narcissist's grand sense of self-importance generally goes well beyond their actual beauty, brilliance, or level of achievement.

A lack of empathy is one of the most identifiable qualities of a narcissist, according to Seltzer. "They literally are unable to feel another's distress and act with any genuine compassion for them," he says.

A healthy competitive nature is one thing, but narcissists take things to the extreme. "When criticism and shaming from others lead us to question whether we're good enough, we're likely to overcompensate for these perceived flaws by doing things that might help us feel better than others," Seltzer says. "Since, deep down, we question whether we're really as good as them."

"Needing so much to protect their overblown but fragile ego, [a narcissist's] ever-vigilant defense system can be extraordinarily easy to set off," Seltzer says. "In challenging circumstances it's almost as though their very survival depends on being right or justified, whereas flat out (or humbly) admitting a mistake—or, for that matter, uttering the words 'I'm sorry' for some transgression—seem difficult to impossible for them."

Both narcissists and patients with borderline personality disorder suffer from uncontrollable fits of rage.

"The reason that feelings of anger and rage are so typically expressed by them is that in the moment they externalize the far more painful anxiety- or shame-related emotions hiding just beneath them," Seltzer explains. "When they're on the verge of feeling—or re-feeling—some hurt or humiliation from their past, their consequent rage conveniently 'transfers' these unwanted feelings to another."

16
You struggle with severe insecurities.

Narcissists are always seeking validation and praise from others. As marriage and family therapist Margalis Fjelstad explains: "They're constantly afraid of being ridiculed, rejected, or wrong. Narcissists fear any true intimacy or vulnerability because they're afraid you'll see their imperfections and judge or reject them. No amount of reassurance seems to make a difference, because narcissists deeply hate and reject their own shameful imperfections."

17
You don't work well with others. 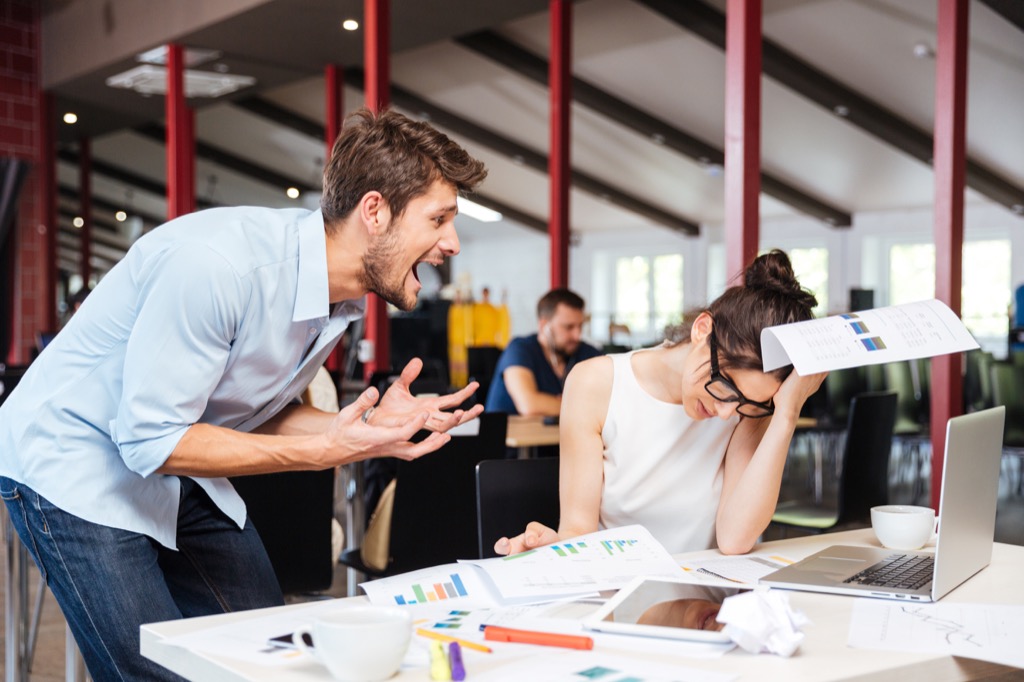 In order to work on a team, you need to be able to empathize with your teammates and have everyone's best interests in mind. "Don't expect the narcissist to understand your feelings, give in, or give up anything he wants for your benefit," says Fjelstad. "It's useless."