The Surprising Sign Your Marriage Will End in Divorce, Researchers Say

Experts say too much of a good thing can have a downside.

No one goes into a marriage expecting divorce. But there are many factors that influence a marriage's viability: your communication styles, the effort you put in, plus general attraction and compatibility. So, it might seem difficult to call out a specific reason why a marriage will end. However, many studies have tried—and some of their findings may surprise you. Read on to discover the unexpected sign your marriage will end in divorce, according to researchers. The earlier you identify it, the easier it is to fix.

RELATED: If You and Your Spouse Do This Together, You're 3.5 Times More Likely to Divorce.

Overly affectionate couples may be more likely to divorce.

It might sound counterintuitive, but a 2001 study published in the Journal of Personality and Social Psychology found that overly affectionate couples were more likely to split than those who didn't display the behavior. For the study, researchers followed 168 couples for 13 years to determine which early signals could predict divorce and which could predict a healthy, lasting union. The results revealed that couples who were overly affectionate at the beginning of their marriage—in that they showed "more than understandable" levels of affection toward each other—were more likely to divorce.

The authors of the study wrote: "As newlyweds, the couples who divorced after seven or more years were almost giddily affectionate, displaying about one-third more affection than did spouses who were later happily married." So, if you're getting ready to tie the knot, look out for PDA levels that seem excessive—it could be a sign that something is amiss.

This behavior can signal immaturity.

Obviously, it's not the mere presence of affection that spells disaster—there are other factors at play. "If over-affection is used to compensate for unresolved issues in the marriage, it can sometimes lead to divorce," says Emily Simonian, MA, LMFT, and head of learning at in-person and online mental health company Thriveworks. "When that happens, it isn't related to the levels of affection exclusively—it has more to do with the couple's inability to manage or resolve conflict."ae0fcc31ae342fd3a1346ebb1f342fcb

It could also be a sign of immaturity, says Sharon Gilchrest O'Neill, EdS, LMFT, and author. "[Some] couples have given me a picture of their affection when out with friends or family, and it seemed quite adolescent for their age and stage of life," she says. According to O'Neill, couples' explanations for these behaviors include: "We love each other very much and affection is how we know we do," "we're not going to be fuddy-duddies about displaying affection in front of others," and "we like to put on a show." Unfortunately, O'Neill notes these explanations are somewhat immature.

RELATED: For more relationships advice delivered straight to your inbox, sign up for our daily newsletter.

Remember: A high level of positive interactions is normal and necessary. 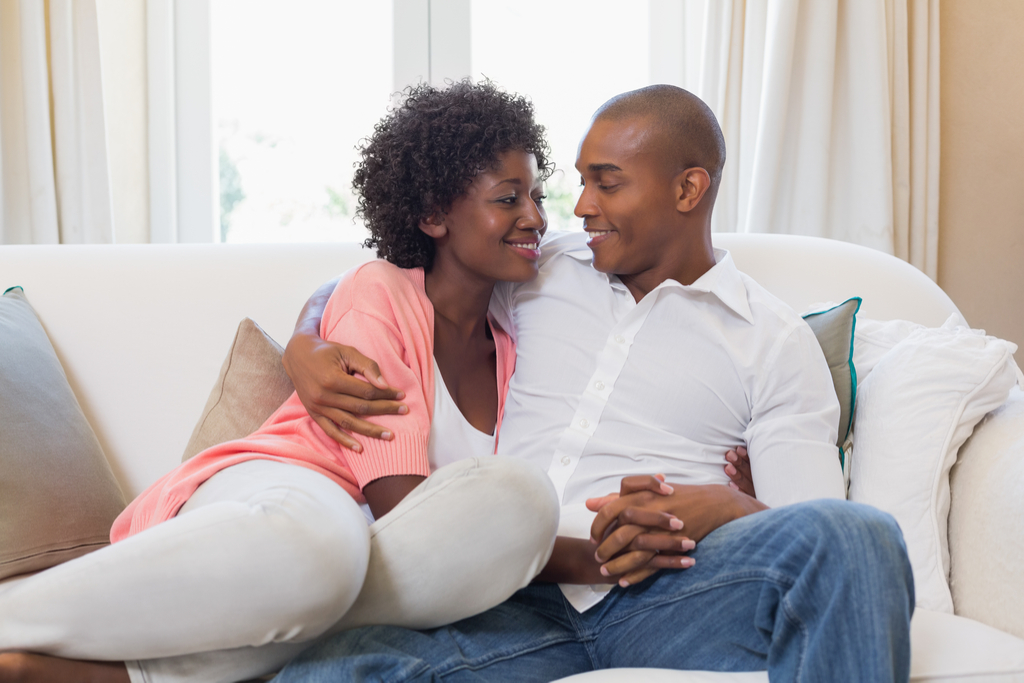 Don't interpret the above research as suggesting you should withhold affection or prioritize it less from your partner. One landmark study by The Gottman Institute's relationship researchers John Gottman, PhD, and Robert Levenson, PhD, found that the difference between happy and unhappy couples was the balance between positive and negative interactions during conflict. The "magic ratio" they found was five to one, meaning for every negative interaction during conflict, a happy marriage has five or more positive ones, such as laughing or teasing.

Simonian notes this is true in non-conflict situations, too. "The sustainability and health of a relationship become a simple math ratio: have more positive interactions (showing affection) than negative ones (arguments, clashes in values, poor communication), and the couple will likely feel happier, more connected, and satisfied," she says.

Visit a couples' therapist if you're concerned.

As with any situation that impacts your life in a major way, it's best to see a professional—like a couples therapist—if you're feeling uneasy. There, you can learn to work through disagreements, understand each other more deeply, and improve intimacy. Plus, you can get an expert's insight on any harbingers of divorce, such as affection or lack thereof. Happily ever after is always a possibility—as long as you put in the work.

RELATED: 69 Percent of Divorced Women Have This In Common, Study Says.