See the Magical Croatian Town Where the Ocean Actually Sings

Zadar, home of the sea organ, is an otherworldly place.

If you want to witness a phenomenon that appears to be actual magic, then you need to take a journey to the coastal town of Zadar, Croatia. With its narrow marble alleyways, burnt orange rooftops, medieval architecture, and sunken bars and restaurants serving up delicious Mediterranean food, Zadar is worth a visit all on its own, as it has all the charm and history of a seaside town in Italy, at a fraction of the cost. But the sea organ makes it particularly worth a pilgrimage.

The Old Town rests on a peninsula on the Dalmatian cost, so no matter what street your on, you can hear the sound of the waves and smell the salt of the sea. At the very tip of the town is a series of wide steps leading into the ocean—a poetic sight on its own, one that's made all the more enchanting when you realize the waves are actually playing music as they lap against the marble steps. And for more amazing destinations, check out the Fairytale Village in Holland Where the Streets Are Made of Water. 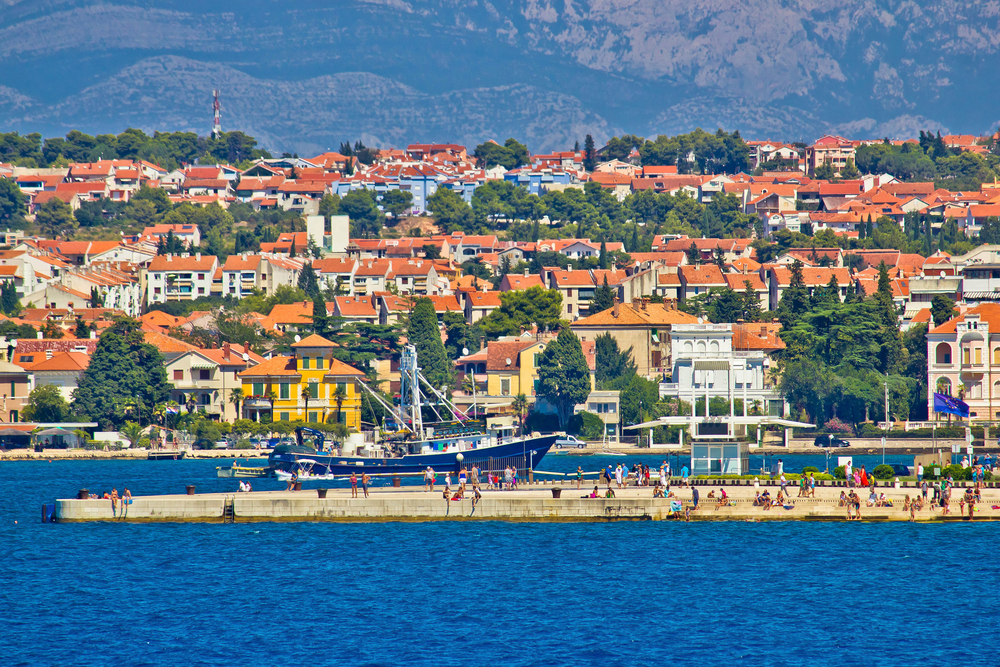 Zadar traces its roots all the way back to the 9th century BC, when it was a settlement of an Illyrian tribe, and was ruled by Romans, Turks, Italians, Croats, Austrians, and the French throughout several centuries. In 1920, it fell to the Italians once more, and was therefore heavily destroyed by the Allies. When construction began on the devastated city, much of the waterfront became a long, monotonous concrete wall. The sea organ was therefore built by Croatian architect Nikola Bašić as a way of bringing some beauty back to the promenade, and it debuted to the public on April 15, 2005. 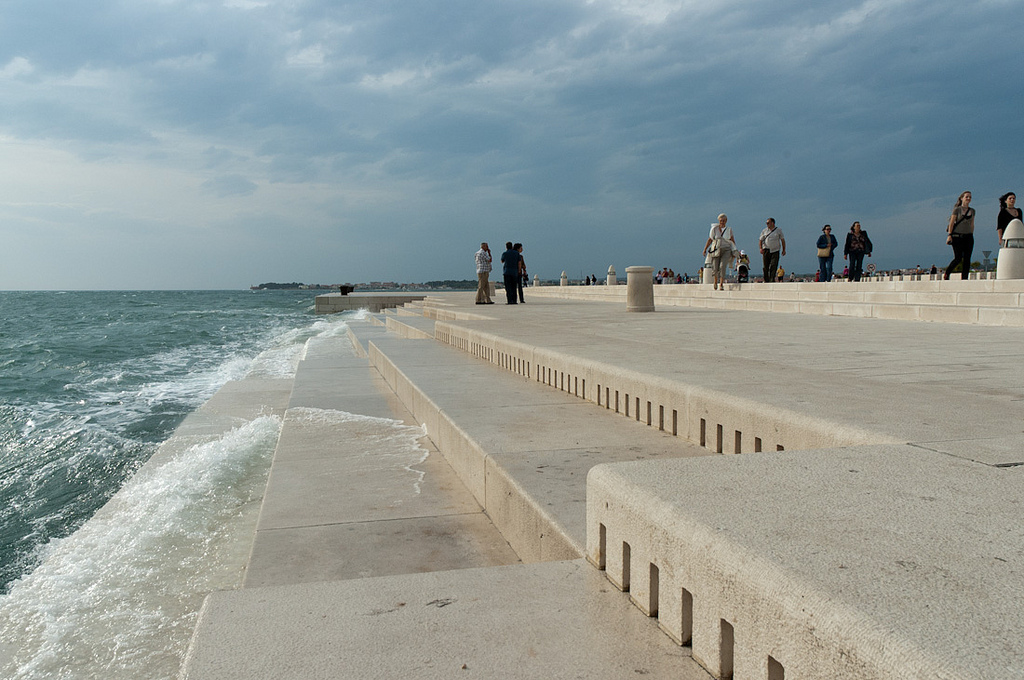 Underneath the concrete lay an organ, 230 feet long with thirty-five organ pipes. When sea water rushes through the small, rectangular holes inside the steps, it floods the resonant chambers, pushing air into the whistles on the pipes, creating never-ending series of notes to chime through the surface. It is a melody only in the most minimalistic sense, as it sounds more like random notes eerily played from the bottom of the ocean, or the lonely call of a whale lost at sea. 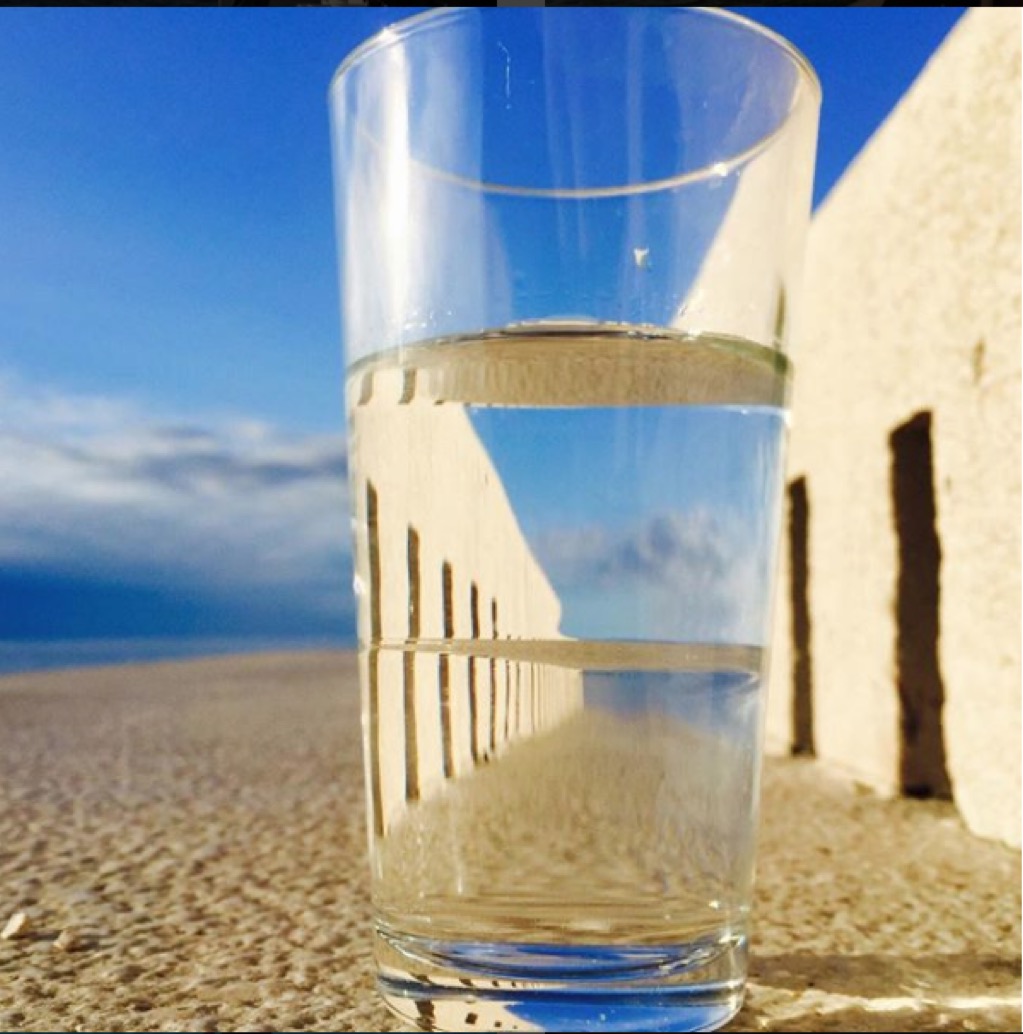 In 2006 Croatian architect Nikola Bašić received the European Prize for Urban Public Space in Barcelona for his Zadar Sea Organ project, as the best among 207 candidate projects from across Europe. It is considered one of the highlights of a trip to Croatia. 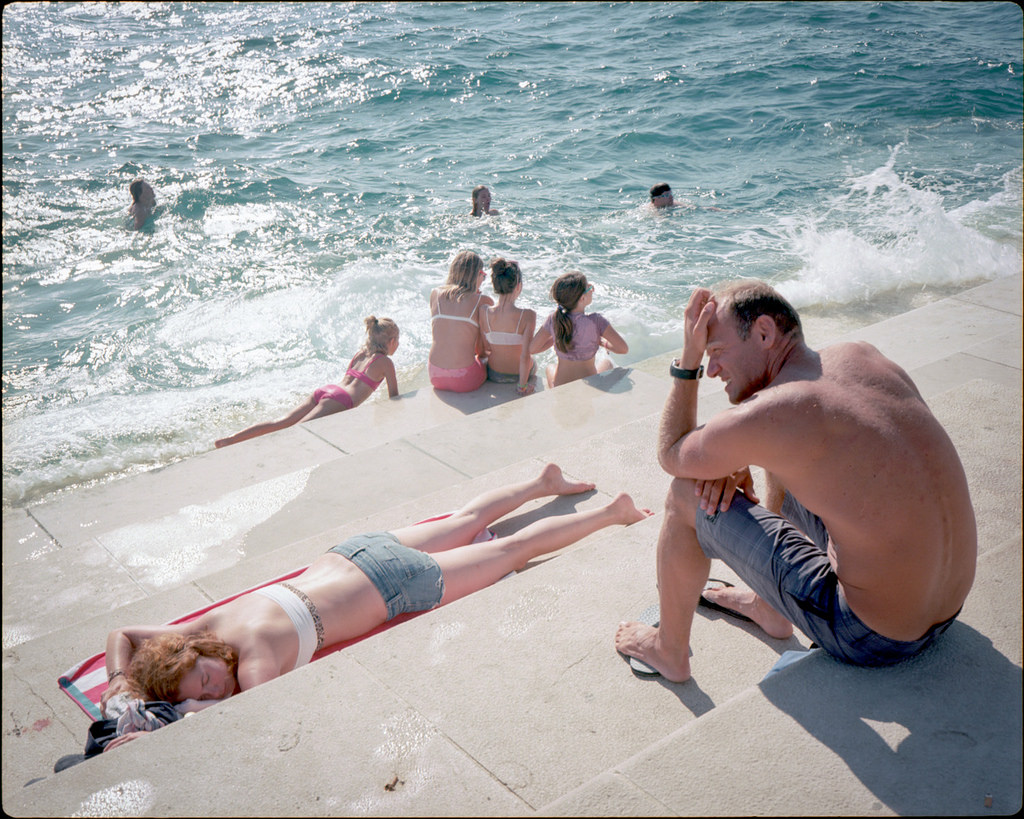 While tourists and natives alike like to languor on the steps, listening to the sea's haunting melody and basking in the Adriatic sunshine, it's imperative to be there at sunset., Because you are at the very tip of the peninsula, the horizon wraps around you, and you can see the sun setting on the right side while the left is already completely encased in night. It is the perfect place to sit and contemplate the majesty of the beauty around you.

Diana Bruk
Diana is a senior editor who writes about sex and relationships, modern dating trends, and health and wellness. Read more
Filed Under
Adventure • Escapes • Vacation
Read This Next
Latest News
Read This Next