Meet Giethoorn, in Holland—one of the most magical places on earth.

If you're an admirer of cities built upon canals, it's likely that know all about Venice, St. Petersburg, or Amsterdam. But have you heard of a tiny town in the Netherlands called Giethoorn? Probably not.

Located 74 miles northeast of Amsterdam, the little village only has 2,620 residents. And yet it gets almost 200,000 tourists every year, who flock to this fairytale setting to see the thatched-roof farmhouses, and the canals. Because the old part of town is only accessible by boat, as the roads are made of water. So read on, and marvel at one of the most gorgeous and magical places on earth. And for more amazing escapes, check out The World's First Game of Thrones-Themed Hotel. 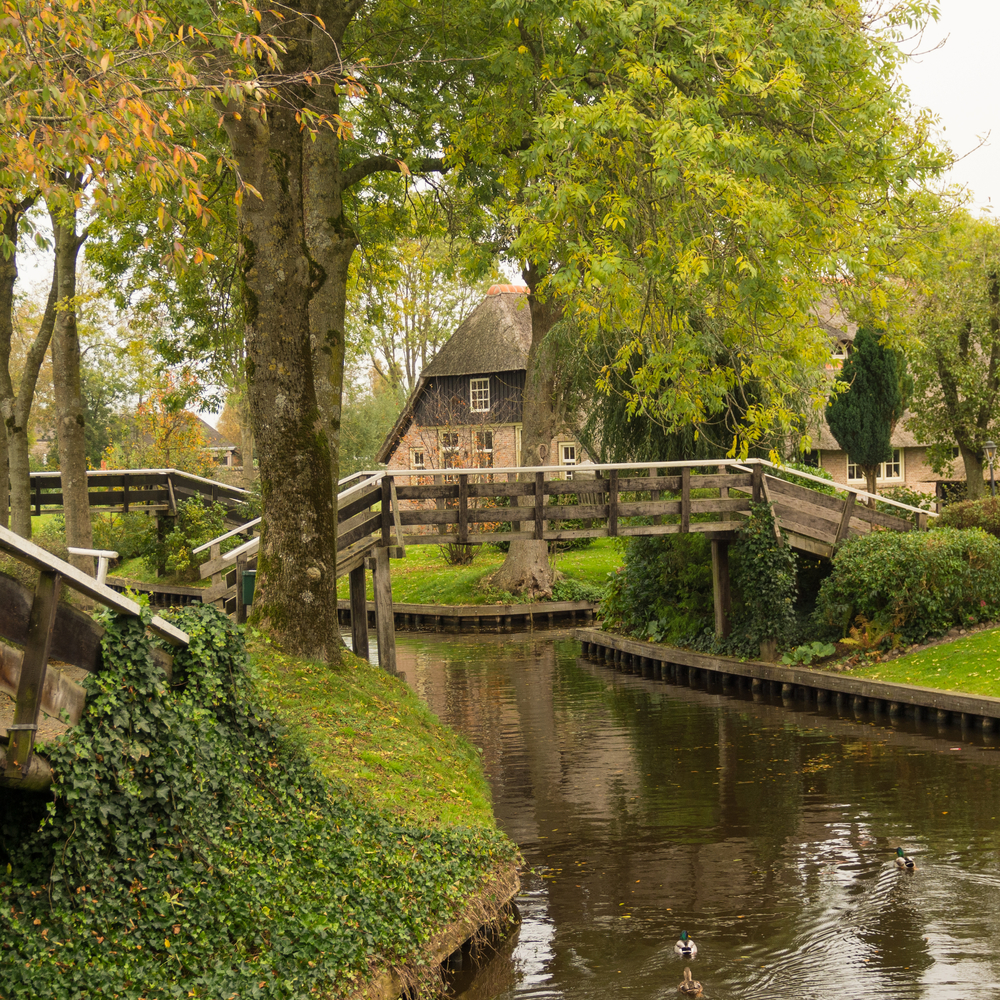 One of many places in the world nicknamed "The Venice of the North" or "Little Venice," Giethoorn has over 180 bridges connecting its network of canals. And for more on great travel destinations, check out the 15 Best Under-the-Radar American Escapes.

2
A Town from a Children's Book Illustration 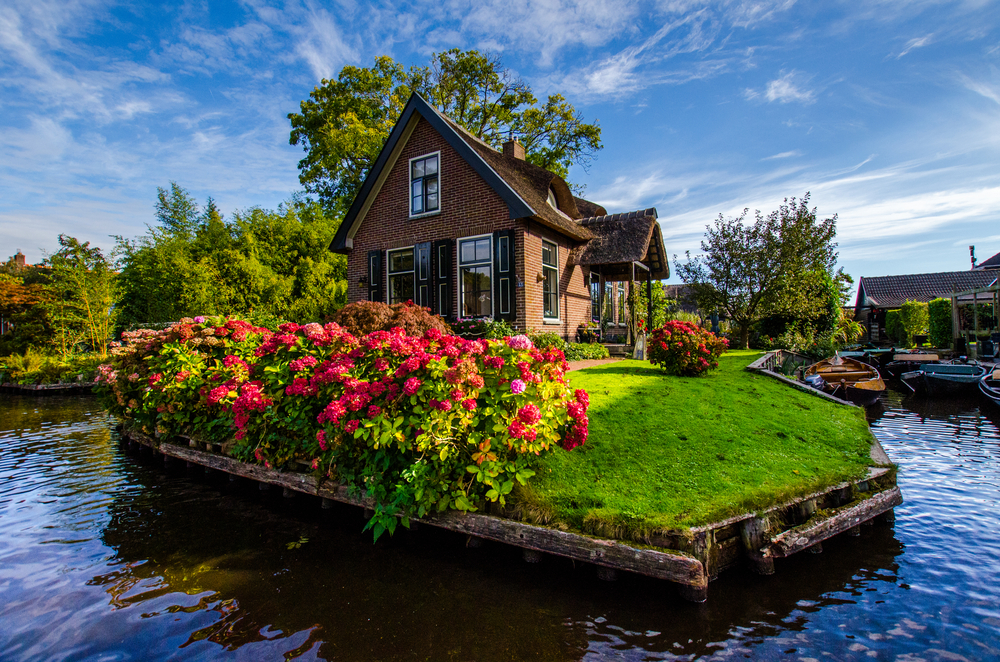 Because of the absence of traffic, pedestrian or otherwise, the little village enjoys a unique type of stillness and serenity. According to the website, "the loudest sound you can normally hear is the quacking of a duck or the noise made by other birds." Even the postman has to make the rounds by punt, which sounds like something out of a storybook.

3
What to Do Once You Arrive

Giethoorn is at the center of the province of Overijssel, which has 55 miles of canoe trails to explore. One of the popular activities in the village of late is to rent out a "whisper boats"—dinghies driven by electric motor—and go exploring. And for more on magical, picturesque places, read up on Why "Accidental Wes Anderson" Is the Instagram Craze We Need. ae0fcc31ae342fd3a1346ebb1f342fcb 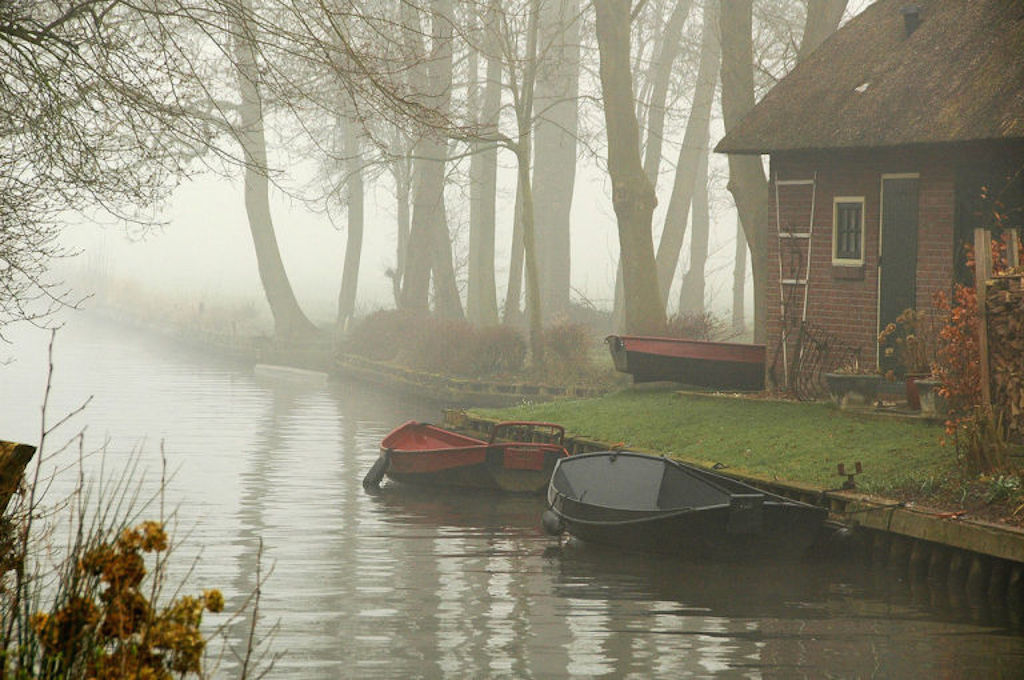 The name Giethoorn originates from gietehorens [goat horns], due to the hundreds of goat horns that the first inhabitants discovered after a 10th century flood.

5
How to Get There 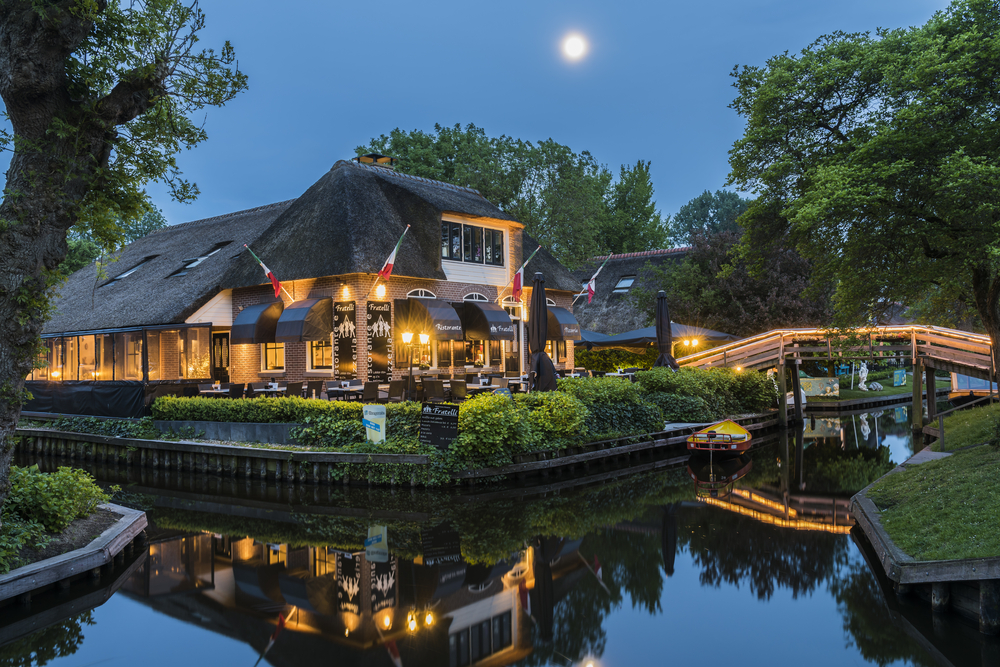 Getting to the village is easy, either driving straight from Amsterdam, or taking a train to the closest city, Zolle, and renting a car from there. The best way to explore it, of course, is by a canal cruise, but it's best to reserve one in advance as the popularity of the place has soared in recent years. There's a wide-selection of waterside restaurants in which to grab a bite to eat, or charming little inns in which to spend the night.

Diana Bruk
Diana is a senior editor who writes about sex and relationships, modern dating trends, and health and wellness. Read more
Filed Under
Escapes • Vacation
Read This Next
Latest News
Read This Next