If you want billions, start thinking like a billionaire.

Making money is just a small part of what makes someone truly wealthy. Much of it comes from a person's mentality—how they think about money, how they think about time, their goals, and the way they define success itself. There are ways that the super-successful approach these things that are distinct from the average person. But by adopting some of these mental practices of billionaires, and rethinking some assumptions, a person who is working the 9-to-5 grind can start bringing in big money. Combine these 5 tips and the single easiest way to join the 1%, and you'll be on your way to billionaire status in no time.

1
They Focus on Earning, Not Saving

In his book How Rich People Think, Steve Siebold distilled three decades of interviews he conducted with millionaires around the world into dozens of tips to help guide readers to reframe their mentality. The first distinction between rich and average: "Middle class focuses on savings. World class focuses on earning." He emphasizes that this is especially true in times of financial difficulty—when the economy takes a downturn or when their industry takes a hit. Instead of operating from fear and making decisions focused on protecting themselves, squirreling away as much money as possible and not making any aggressive moves, the super-wealthy see opportunity.

"Even in the midst of a cash flow crisis, the rich reject the nickel and dime thinking of the masses," he writes. "They are masters at focusing their mental energy where it belongs: on the big money."

Rich guys aren't putting their attention on how much money they have for retirement—they are looking for how they can turn the money they have into far more wealth. Having a few side hustles for when the going gets tough won't hurt either: Check out the one best way to earn money in your spare time.ae0fcc31ae342fd3a1346ebb1f342fcb 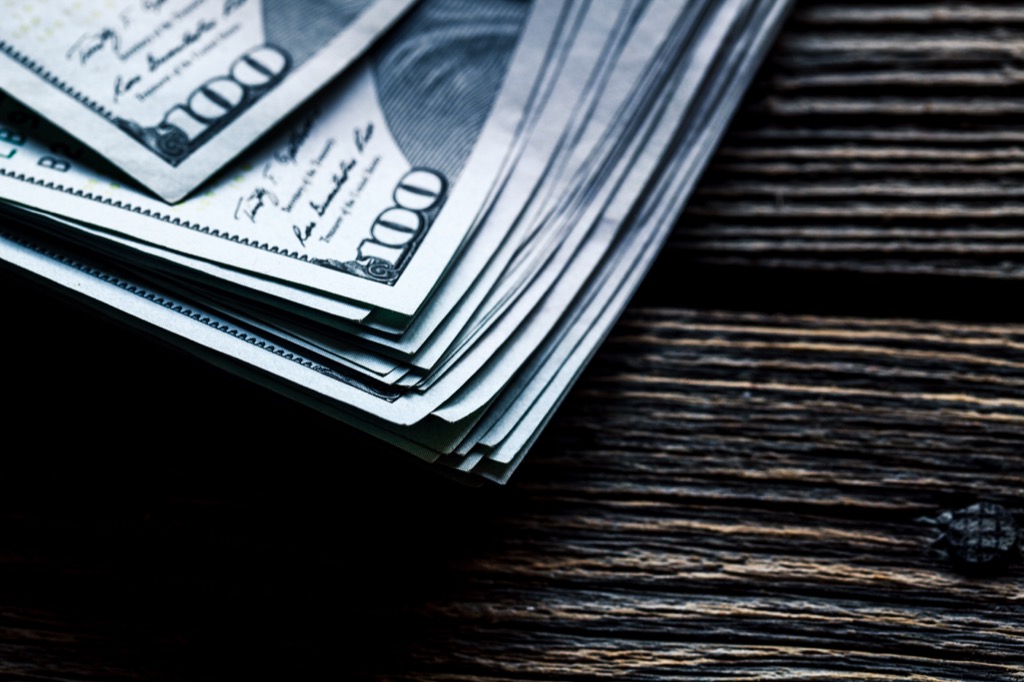 Which leads to the second way that billionaires think differently than average guys: Sure, they have huge bank accounts and have built an impressive pile of money. But they don't fetishize it, diving into their vault and doing the backstroke through their gold coins, like Scrooge McDuck. They are looking for ways to turn it into more money and more opportunities.

"Money for billionaires is a tool, not the goal," says Peterson Teixeira, entrepreneur coach. "They're always finding ways to make more money and use the freedom that came with money to make even more money. It's a game."

A business deal that goes great and lands you an extra million bucks is worth celebrating—but you should get right to work on coming up with ways to turn that million into two or 100 million more. A simple way keep the money moving is to invest it, or at least a part of it. Keep an eye on the market, and heed these 20 savviest investment moves to make right now.

3
Wealth is Time, Not Money

Since they do not get a big kick out of money for its own sake, the super rich see time as the ultimate luxury good, and they seek to get the most out of the limited amount of it that they have. That means delegating anything they don't enjoy doing or don't find fulfilling (with billions, you can hire whoever you want to do whatever you want), but it also means spending their time engaged in thrilling experiences, and squeezing as much satisfaction and joy out of the days they have. You can start incorporating this philosophy into your daily life today, even before you hit billionaire status, by focusing on the positive and minimizing the stresses in your life—read up on these 10 ways successful men cut stress to get started.

"Wealth is loving every minute of the good times and bad times as an entrepreneur, making sure you don't miss out on happiness and love and family and making sure you spend time exploring this wonderful planet we call home," says Paul Kirchoff, founder of EPX Worldwide, a networking adventure group that organizes elite outings for entrepreneurs and high achievers. "It's not about how much money you have, it's about how much costs you have. You can control your costs and the level of financial wealth needed to do what you want is lower—but financial health is only one metric. Spiritual and emotional wealth and the wealth gained with diverse experiences is far more valuable. We're all limited by time."

Billionaires have gotten used to getting whatever they want when they want it, but even someone with Bill Gates money can't live forever.

4
Their Goals are Big But Few

Because so much of the day-to-day tasks of a billionaire's life are delegated to those below him, his mind isn't focused on tons of minor goals, but rather the big-picture stuff. At any given moment, his to-do list is usually pretty short. The minds and desks of the most wealthy tend not to be cluttered.

"They don't overwhelm themselves with dozens of goals, non-specific goals, or unattainable goals," says Jeff Campbell, creator of the finance blog New Middle Class Dad. "They tend to focus on one to three tasks a day, while also setting goals for the week, month, and year. Rather than a vague goal like 'lose weight,' the uber-successful would set a specific goal of 'lose two pounds per week for 10 weeks.'"

Or they might say "buy an island" or "develop a product that fills a gap in the marketplace." Instead of then going through every step of these big-picture goals and finding reasons why they may not work, they leave this trouble-shooting to others who they trust, and keep their eyes on the horizon for the next way to make a few more million. Doing one thing very well and knowing how to delegate are just two of the 25 things rich people always do.

5
Work is Their Hobby 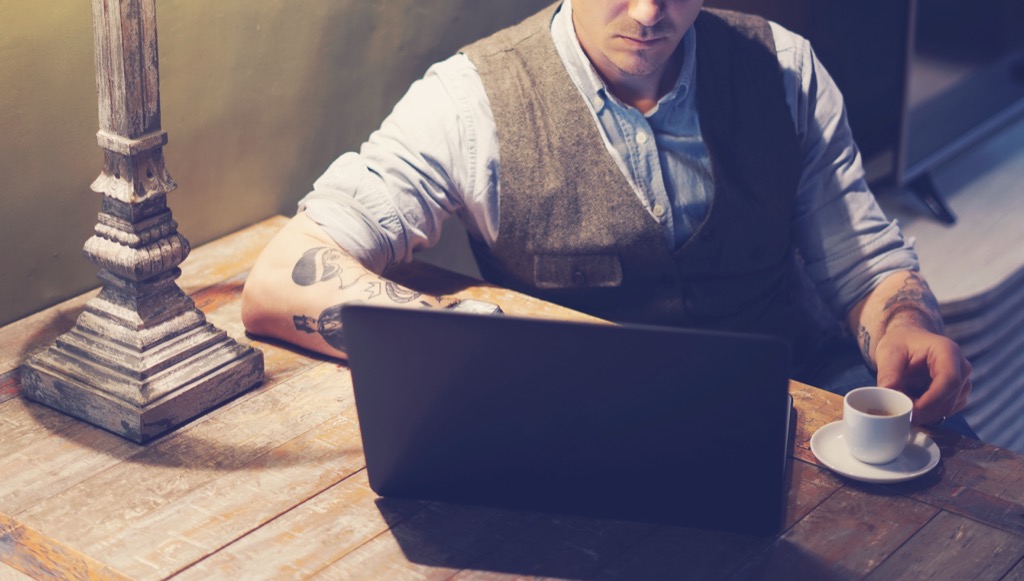 Billionaires don't get to where they are without a huge amount of passion for the projects they're working on, and "work" for them is often indistinguishable from vacation—they do what they love, and find ways to make money while doing it. As Siebold puts it, "Middle class earns money doing things they don't like to do…World class gets rich doing what they love."

Or, as Jas Krdzalic—president of Bodybuilding.com, who works with many high-achieving clients—puts it, "they ingrain themselves in their business…and make work feel like a hobby."

Rich guys don't understand the concept of "work" in the traditional way—of showing up, putting in time, and getting paid for spending time doing something. They know that rewards come out of accomplishing something, and offering something that's in-demand. They see steps that need to be taken to reach their goal, but the focus is always on the goal, and the excitement they feel when thinking about it. So for billionaires, "work" is a lot of fun. But if you insist you need a few hobbies outside of your 9-5 , at least make sure the video games you play will make you a smarter man.

Alex Daniel
A journalist based in Brooklyn, New York. Read more
Filed Under
Wealth Advice
Read This Next
Latest News
Read This Next