The Hidden Meaning Behind 5 Hand Gestures, According to a Dating Coach

These hand movements might say more about your partner than their words.

When having a conversation with a prospective romantic partner, most of us pay attention to one thing: what the other person is saying. However, dating coaches say there is so much that can be learned from your partner's body language, too. For example, everything from their eye movements to the way they cross their legs to how close they stand to you can shed light on their level of attraction. Another thing to take into account is their hands. Here, a dating coach outlines the secret meanings behind key hand movements. You'll know so much more about your date by simply observing them.

READ THIS NEXT: 5 Body Language Signs That Mean Someone Is Lying, According to Therapists and Lawyers.

No matter the setting you see this hand movement in, you'll want to take note. "When you're talking to someone and they steeple their hands, chances are they're feeling very powerful and superior at that moment," says dating coach Jason Lucas in a TikTok video.

The gesture is defined by holding the hands in front of the body—usually in front of the chest but sometimes near the stomach—and touching the fingertips together to create a church steeple-like shape. Expect to see it in the office, at networking lunches, and maybe even when meeting a significant other's parents or attending other high-stakes social events. On a first date, it could mean the person you're seeing thinks they're a shoo-in for date number two.

According to Lucas, when someone holds their pointer finger up and moves it slightly front and back, it means they don't want you to talk, only to listen. The movement subtly conveys that they've got a thought they're trying to get out and need patience from their conversation partner.

If you're on the receiving end of this hand movement—especially on a date—listen up. They might be about to share some crucial insights about themselves. You'll also show them that you're a courteous conversation partner.

READ THIS NEXT: Doing This With Your Hands Makes People Not Trust You, Experts Say.

This is another hand gesture you may see from someone who's trying to better collect their thoughts. "When someone is talking and they make a little O with their fingers, then that means that whatever they're talking about, they're handling it delicately in their mind," says Lucas.ae0fcc31ae342fd3a1346ebb1f342fcb

You'll see it when people are navigating tricky situations at work, disagreements with their friends, and at other times when they want to make sure they say precisely the correct thing. On a date, it could mean a person is trying to reveal important information as clearly as possible.

Want to be able to suss out when someone isn't feeling their best? Here's an easy hand movement to look for. "When someone is talking and they hide their thumbs in the conversation, then chances are, they're feeling very unconfident at that moment," says Lucas.

For more body language tips delivered straight to your inbox, sign up for our daily newsletter. 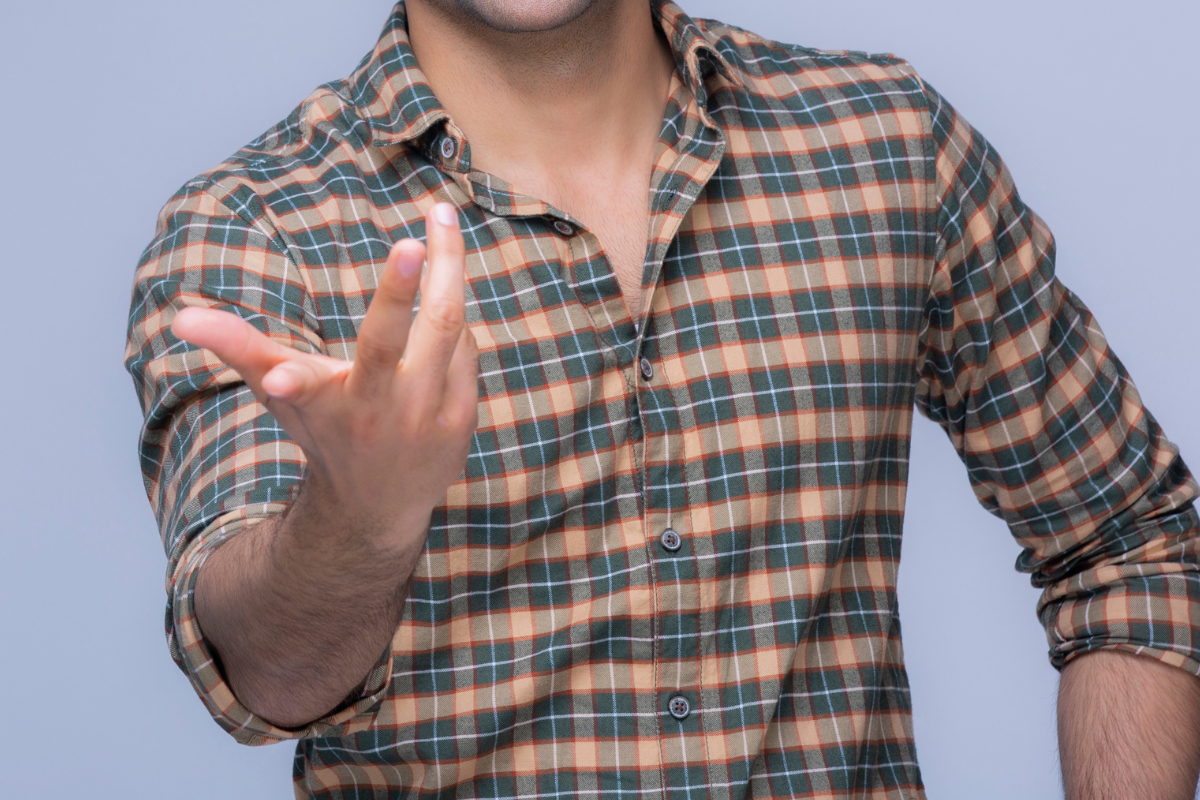 This hand movement trick will help you navigate countless interactions, especially when dating. "Someone who shows you their palms is more likely to be telling you the truth," says Lucus.

Moral of the story? Talking with your hands is much more than a silly habit. It can reveal key things about your and your conversation partner's thoughts and motives.

Juliana LaBianca
Juliana is an experienced features editor and writer. Read more
Filed Under
Dating • News • Relationship Advice
Read This Next
Latest News
Read This Next