You may laugh. With strides in technology and marketing tools, the rise of social media, and the acceptance of seemingly sci-fi concepts—think: augmented reality and virtual reality—email can seem downright old-fashioned. But when it comes to getting your message in front of potential prospects, the cold open email remains your most effective resource.

According to McKinsey, email marketing is 40-times better at acquiring new customers than social media. And Campaign Monitor found that every dollar spent on email marketing in 2016 generated an average of $44 return on investment, a marked increase over the $38 ROI of 2015. Clearly, email's still a viable option. But to make it work—particularly when you're reaching out to strangers—the cold open email requires a deft hand and a careful eye. Follow these 15 rules to a tee and you'll be mining connections like a pro in no time. And if you're sending these emails on the go, learn the one smartphone email signature every man should have.

1
Use the Zeigarnik Effect in the Subject Line 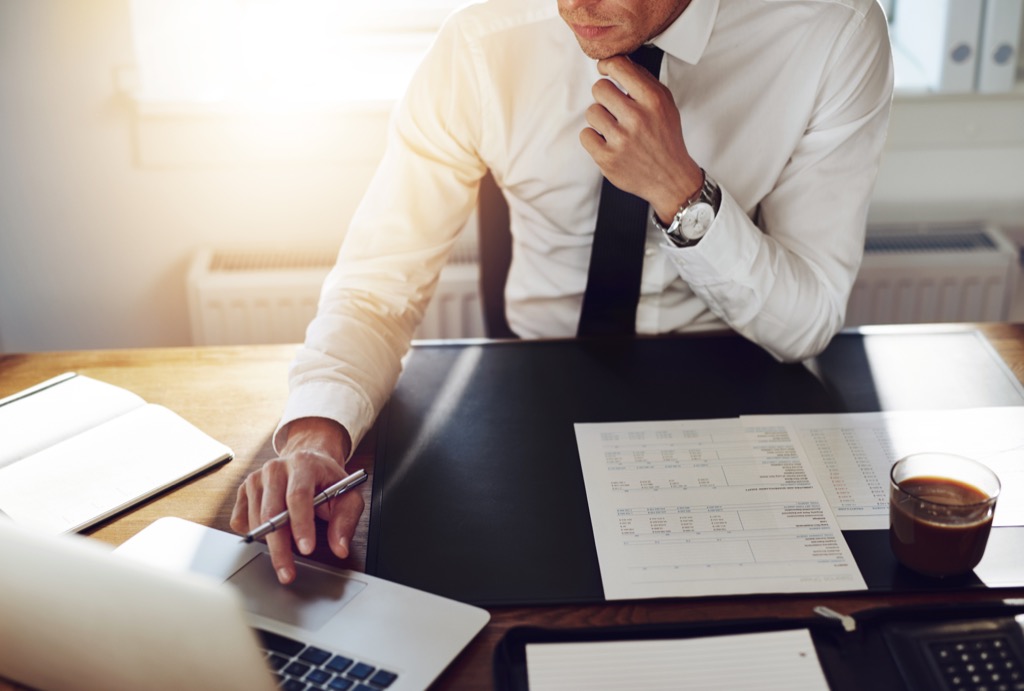 "The Zeigarnik Technique" is basically a fancy way to say "raise curiosity." It's named after Russian psychiatrist and psychologist Bluma Zeigarnik, who uncovered the principle of the human mind that it can't stand unfulfilled curiosity—a valuable principle to keep in mind when trying to get someone to click on your cold open email.

"I've been using this for over 20 years to get people to open my emails, click through to my website," says Tom Antion, founder of the Internet Marketing Training Center. "I've taught lots of people how to use it in print—even on business cards, to get people to actually visit your website instead of throwing your business card in their drawer."

He gives examples of some recent subject lines that proved powerful: "Guess who knocked on my door at 4 a.m.?," "Boy Did I Get in Trouble," and "He Really Screwed Me Over."

2
Put a Problem in the Subject Line 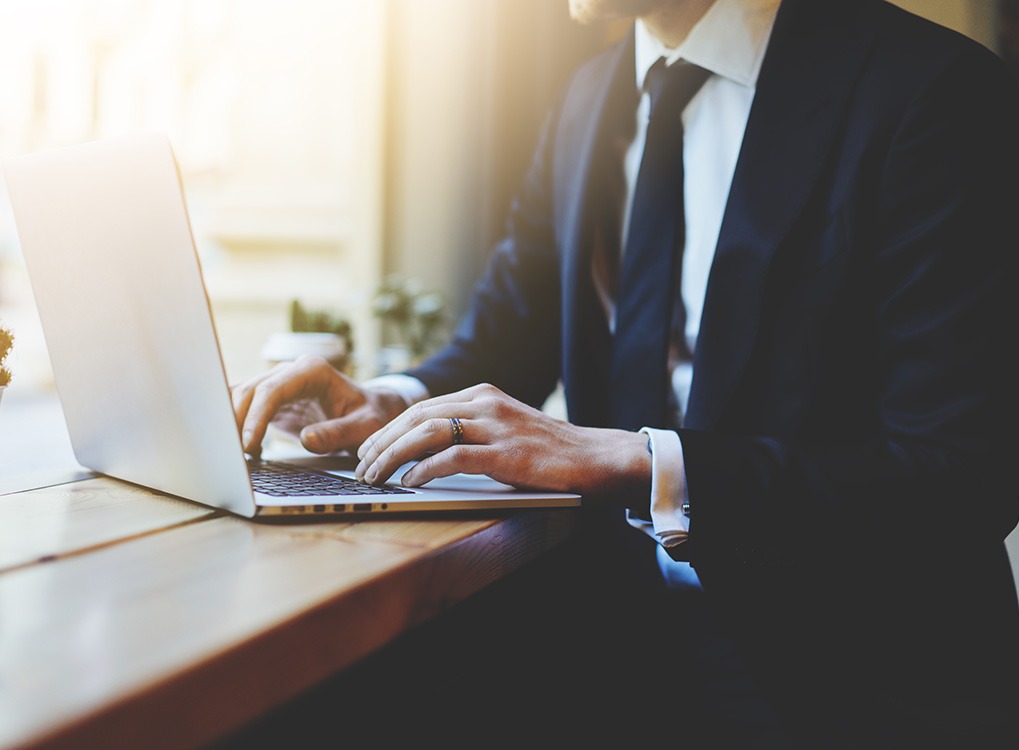 "The secret to getting a cold email to be opened is in creating a solid subject lines that is intriguing, suggests that the recipient has a problem and that you can solve it," says Sharon M. Weinstein, a registered nurse and speaker/author on the subject of work/life balance.

She gives the example of a cold open email campaign launched last fall to 100 chief nursing officers, putting as the subject line, "Let's Celebrate Nursing Week Together." She urged the recipients to start thinking about National Nurses Week (which didn't actually occur until the following May)—something that was probably not on their radar in November the preceding year.

"The result: I booked seven presentations during nursing week 2017, and earned $35,000 compared to last year's $9,000," she says. And for other ways to pad your pockets with margins like that, check out the 20 most lucrative side gig ideas out there.

3
Know What You're Asking For

A cold open email should have a very clear call-to-action for the recipient, whether that's to go to your website for more information, to agree to a phone call, or to follow you on social media. Whatever it is, it should be one thing, and it should be clearly explained from the outset.ae0fcc31ae342fd3a1346ebb1f342fcb

"You can't expect someone to commit to an hour-long demo," says Ryan Farley, co-founder and head of marketing and sales for LawnStarter Lawn Care. "Rather, ask for 15 minutes to chat, or an introduction to the write person."

4
Use Lowercase Letters in the Subject Line 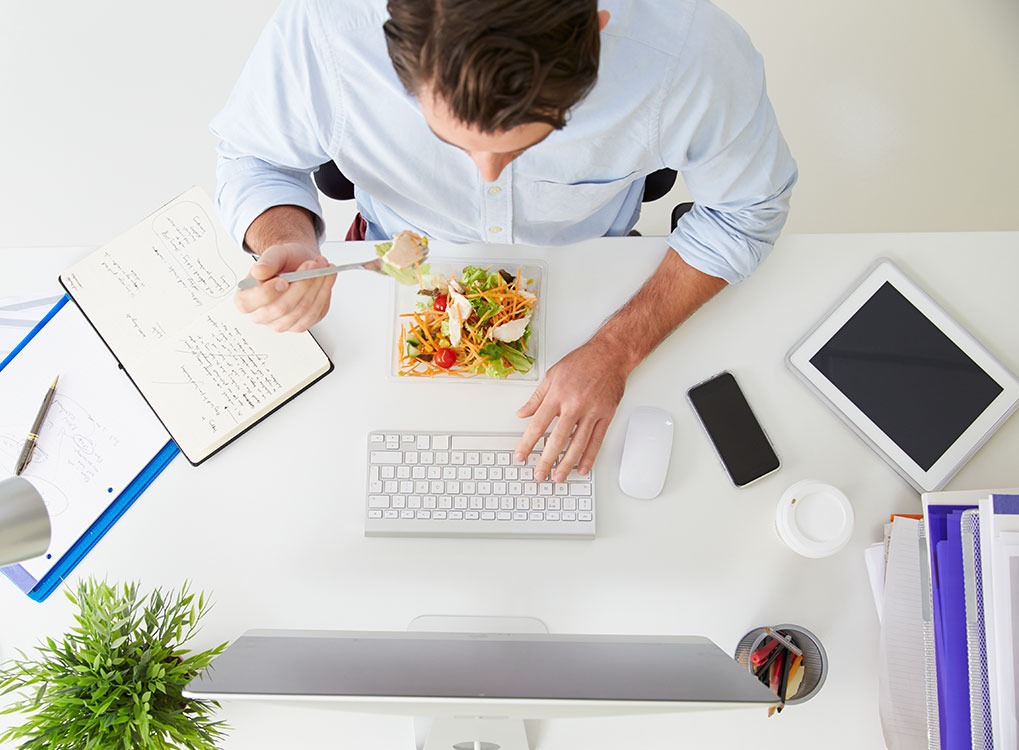 You want to be sure there are no typos or grammatical errors in the email—in the subject line especially—but according to some marketers, capitalization is best avoided. "We've run several tests internally, and every single time we've tested lowercase it's been a winner," says Farley, about their use of all-lowercase subject lines. "I've also recommended it to peers and they've seen similar success." With so many emails crowding a person's inbox, one with all lowercase letters is bound to stand out.

But Farley cautions, "as with all things email, you really have to test it to make sure it works for your company and with your audience."

While you want to include an intriguing subject line, the body of the email needs to deliver. If the recipient actually opens your email and realizes they were the victim of a bait-and-switch, it's only going to hurt your chances of winning their business.

"If your subject is 'Did you know this?' and the first line of the message is 'Our agency offers social media packages to….' then you've already annoyed the person because your body doesn't match your subject," says Mike Evans of Relevant9. "And good luck selling anything to them after that." Once you manage to make a connection, be sure your LinkedIn photo is up to scruff for the inevitable invite.

A growing trend in email marketing is "interactive emails," which can be defined as emails designed in such a way that an action taken in an email triggers an event within that same email. That can mean adding quizzes, search bars, or image galleries to the email. Most email marketing platforms can create these types of emails (for a fee) and their value seems to be on the rise. According to a survey of 1,200 email marketers conducted by Litmus earlier this year, interactive emails were by far the biggest trend.

7
Warm Up The Cold Email 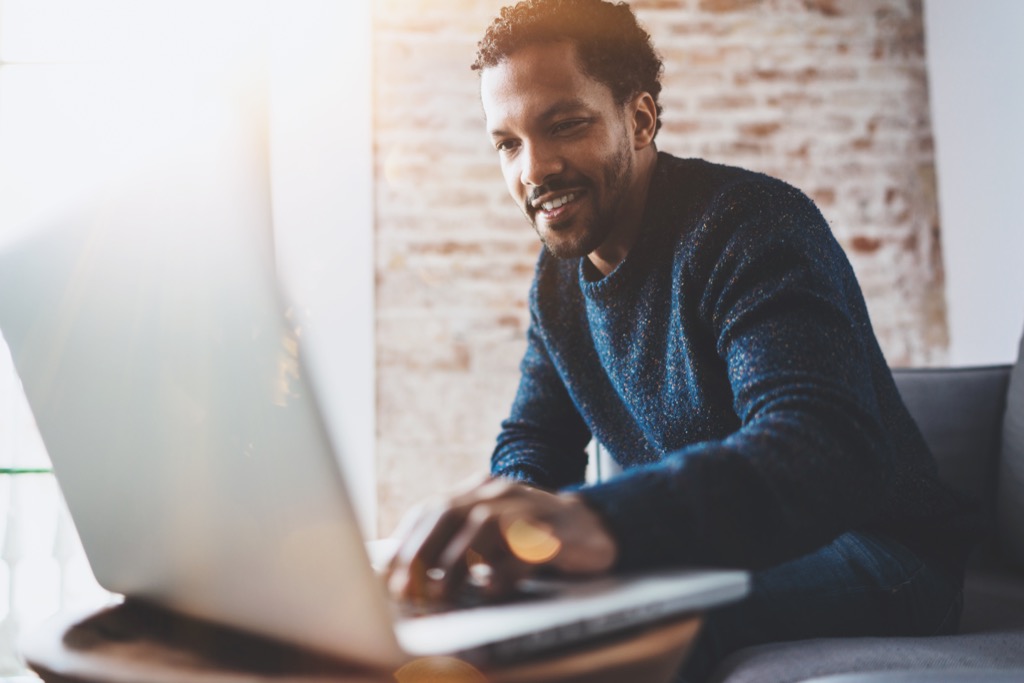 They're called "cold" emails because you have no previous connection to the person you are contacting. So warm things up by connecting with them in other ways prior to sending the message. "Comment on their blog, social media pages, or offer them advice," suggest David Attard, who runs web design firm DART Creations. "Send an email saying hello and a compliment before sending a cold pitch—they will now know you."

Another good way to warm up a cold open email: acknowledge that it is a cold open email. Adding a comment like "I know we have not spoken before, but…" or "Apologies for the cold email…" can do wonders to ingratiating you to a person in your first interaction.

8
Use the WIFT Technique

Another fancy name for a basic cold open email rule of thumb: Whats In It For Them. "There must real value to the recipient if you want a response," warns Attard. He warns that a big mistake is "making it about what you, the person doing the outreach, needs rather than offering value to the recipient."

Instead, think through what you would want to receive in a cold open email and be sure it is explicitly clear to the recipient what they have to gain by fulfilling your request. Just maybe don't do it on your commute: You've got better things to do then.

"Don't write too much," Cody Nailor, marketing associate for museum tour platform Museum Hack. "Once you've found the best person to contact, keep it short and sweet. Quickly sell your business or company, let them know you can get them more information at their request, and make yourself easily available to get back in contact with (generally providing a phone number and email address is best)." "When assembling a cold sales email, you need to present your pitch as quickly and tightly as possible," advises Rafe Gomez, owner of VC Inc. Marketing. "You also don't want to hit your recipient with the whole story of what you're selling—you only want to give just enough of an irresistible taste so that he/she is motivated to call or click through for more info."

How does he do this? What Gomez calls "the three C's": clarity, conciseness, and convincingness. Avoid over explaining your offer or how whatever you are offering works. It's about getting them to walk a step in the direction you want them to, not a mile. 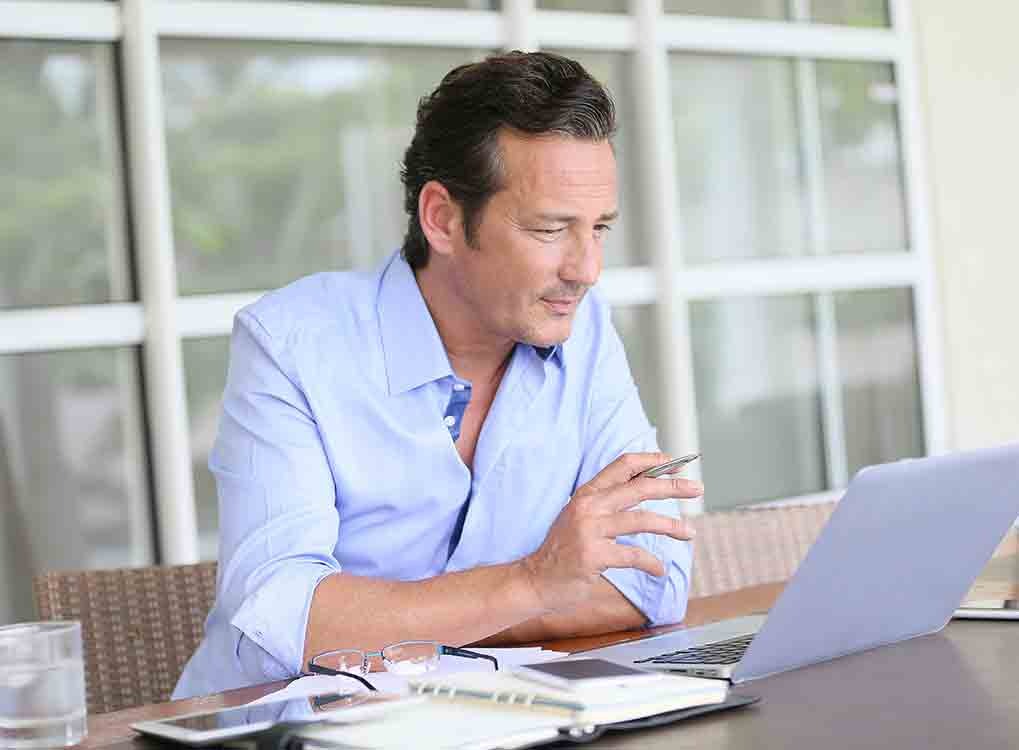 A cold open email should follow many of the principles of a cold call. Chief among these is the importance of doing your research ahead of time to ensure you know a little about whom you are emailing and how they can help you generate business..

"You shouldn't be emailing the Accounting Analyst if you need the Sales Manager," says Jyssica Schwartz, director of sales at self-published authors platform Authors Unite. "Address them by name and talk about why you are reaching out to them specifically and how your product or service will make their lives easier, save them time, or save them money."

As tempting as it may be to use the timesaving tactic of copying and pasting the same text into every email and sending it off to a list, this is unlikely to get results. According to Experian, personalized emails deliver 6x higher transaction rates over non-personalized emails.

"If a person thinks they've received a form email, they're more likely to disregard it," says Maddy Osman, a content strategist and digital marketer who writes at The Blogsmith. "But if they notice that you took the time to customize it, they'll feel bad if they don't at least give you a reply. Therefore, it makes sense to tap into psychological principles to encourage a response."

Quality beats out quantity when sending out cold emails. "Instead of wasting time sending the same email to any and every publication and contact you can find, but instead, spend a little extra time to find the most relevant contact at publications that consistently feature companies/businesses like yours," says Museum Hack's Cody Nailor.

There's a good chance your initial email, or maybe your second email, won't get a response. But the right kind of persistence can increase the likelihood that the recipient will take note of your message. According to Relevant9's Mike Evans, 80% to 90% of the responses he receives come from his third or fourth emails to a given prospect. "That would probably go up if I added more to my sequence," says Evans. "Almost no one actually responds to my initial emails. There are so many services now, either standalone or extensions for Gmail and such, that allow you to set up a follow up sequence that it's too easy not to do this."

A smart marketer should track whom they sent emails to, who has responded, and then schedule a follow up within a week, tailoring your follow-up message just as you tailored the initial outreach (services like MailChimp and Constant Contact make this easy).

Consumers are increasingly reading email on their phone. According to Litmus, 54% of emails in 2016 were opened on a mobile device, with just 16% opened on desktop. It also found that email recipients who favor mobile-aware email marketing designs rose from 15% in 2015 to 27% in 2016. This has made it increasingly important for those using email marketing to ensure they are optimizing it for reading on a smartphone.

Industrial Marketer offers a number of helpful tips in this regard, from using large text and buttons that encourage readers to touch, to using an animated GIF instead of an embedded video. Following these suggestions will increase the impact of those opening your emails on their phones.

"When people are busy during the workday at their desk, they might not take the time to look at a cold open email, but if they are stuck in line at the bank or making their commute home, they might be more inclined to check out your email on their smartphone during down time," says David Tile, founder of Nimble Media.