5 Clever Tricks That Will Boost Your Golf Game

Sneak your way out of the sand trap and into the hole.

A once-simple diversion invented by glengarry-topped Scotsmen strolling the moors with their sticks, golf has come to resemble some high-tech war game. But before you drop a bundle at the pro shop, realize that no amount of graphite or titanium is going to turn a mediocre player into a (Gary) Player. Despite the numerous "breakthroughs" in golf technology, the driving distances of the best professional golfers have increased about 30 yards since 1968. Meanwhile, the average winning score has fallen less than one stroke per round in 40 years.

With spring officially here—and the Masters officially in full swing—you're probably jonesin' to get out on the course yourself. But before you get overly excited and spend thousands of dollars on the latest equipment, there are several better—and cheaper—ways to improve your score and ensure that you beat your playing partner. And remember: it's never too late to have a lesson. After all, having a great golf swing is one of the 50 ways to be a better man. 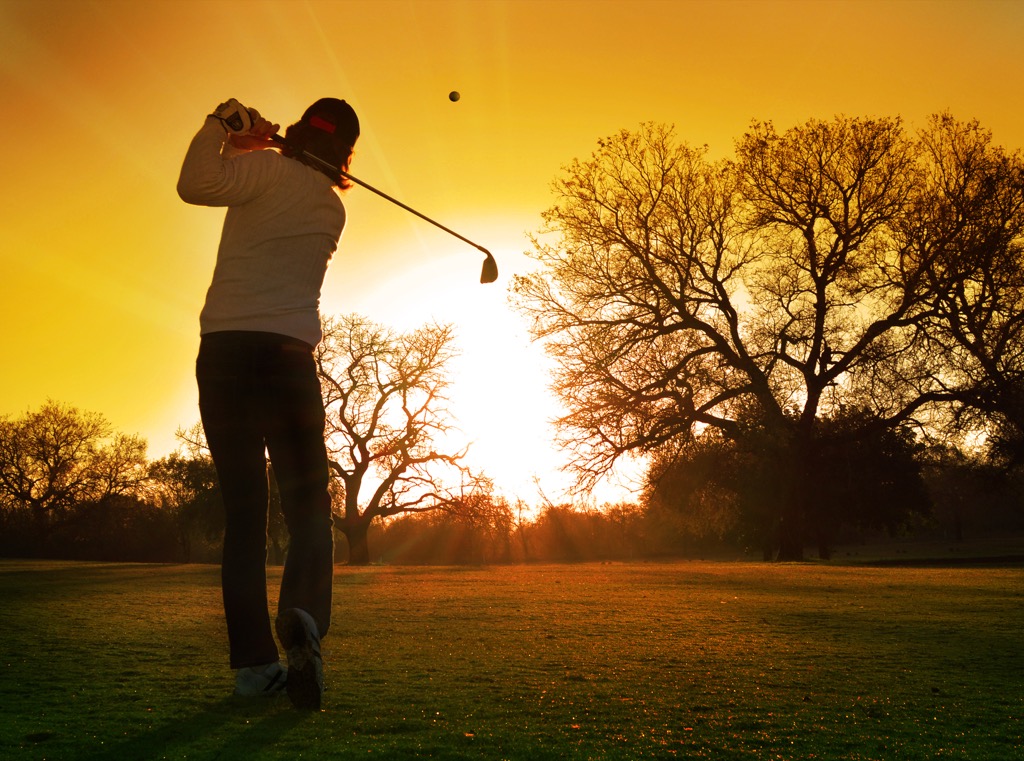 If you tend to slice or hook—who doesn't?—try spreading some Vaseline on your club face. "It takes away any sort of spin you would normally put on a ball," says Adrian Cho, former editor and creator of the now-defunct "Stixx Review" golf blog. "In turn, it will give you more distance and a little more accuracy." 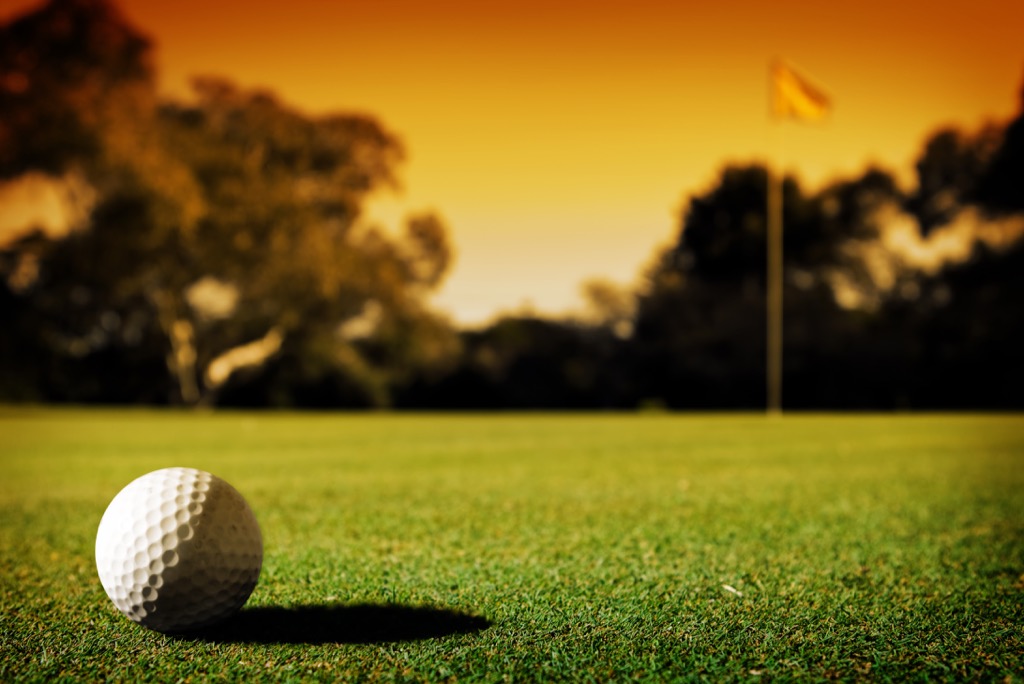 Before you head off to the links, heat your golf balls—say, by wrapping them in a hand warmer. The hotter they are, the farther the little white orbs will travel off the tee. On a 60°F day, for example, if you were to heat your golf balls to 90°F and use them on drives, you could give yourself about 15 more feet. And if you're looking to put on some strength to really drive those balls, be sure to learn how to put on muscle fast. 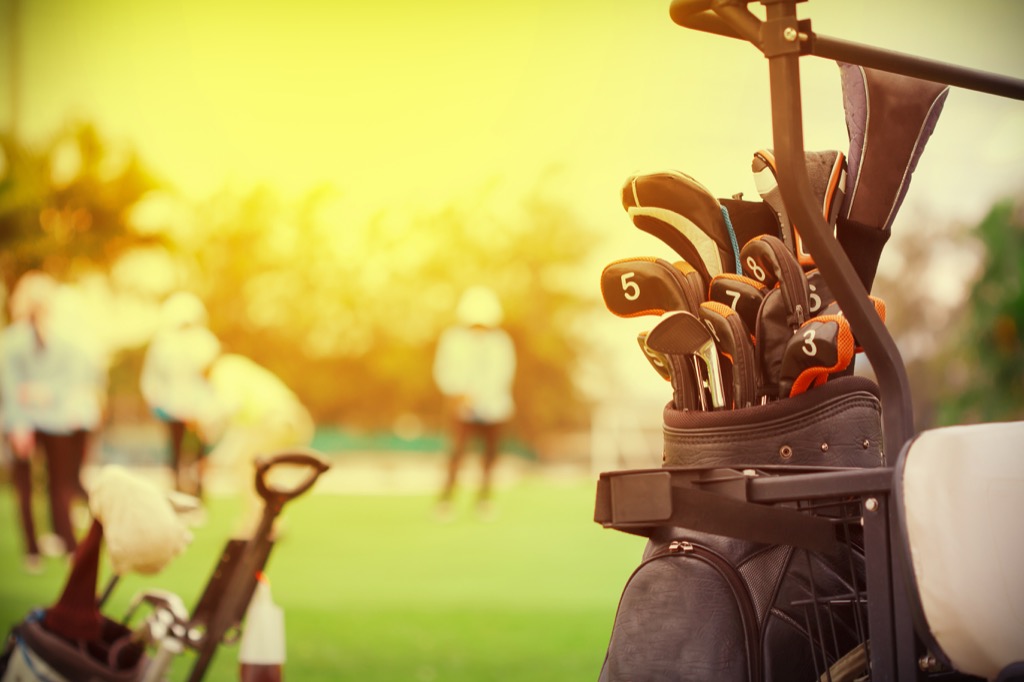 Never let a hole pass without mentioning the dangerous woods lining the fairway or that big pond snuggling the green. "By blurting out something such as, 'Damn, that's enough ocean to start a naval academy,' you'll psych even seasoned players into dwelling on it," explains Captain Bruce Warren Ollstein, author of Combat Golf. "And if they do clear the hazard, they may end up 30 yards off their intended target."

If your opponent is on a roll, psych him out by asking him about a particular detail of his swing. The point is to get him to analyze things that have become second nature. A good line: "So tell me, do you inhale or exhale during your backswing?" We'd guess even these 15 celebrity golfers who are surprisingly quite good use this trick. 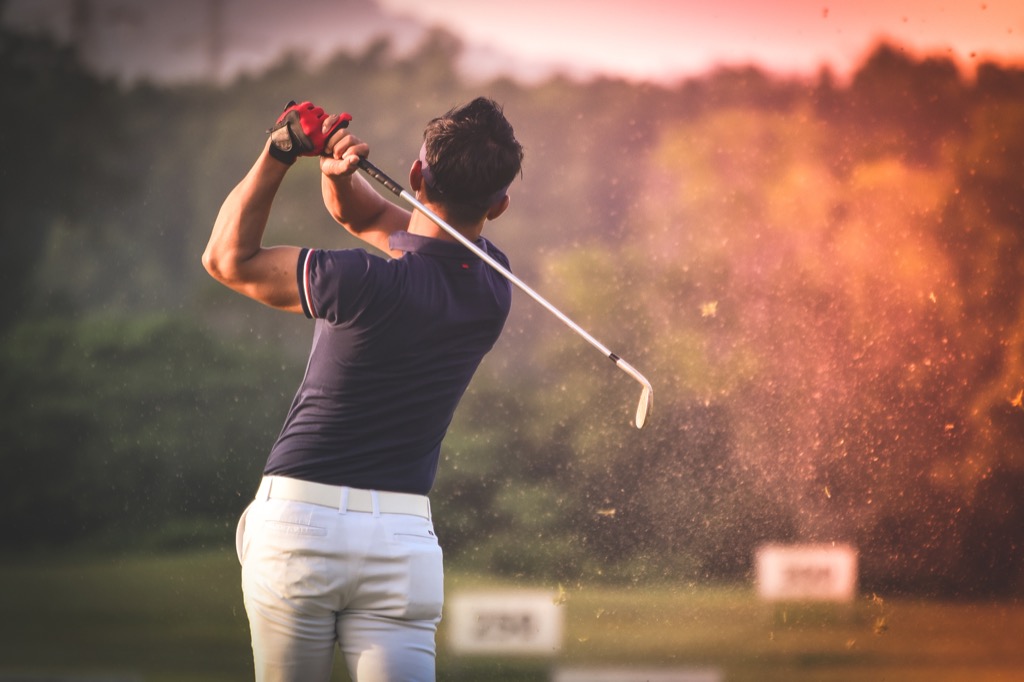 If you hit a ball short and know it's because you didn't connect well on the shot, immediately comment, "Gosh, I really whacked that ball, and it still didn't go anywhere." If you say the opposite of what really occurred, "your opponent will assume it's an extremely slow green or that there's a lot of wind and you didn't use a big enough club off the tee," says Ollstein. The result: If he's putting, he'll hit it harder. If driving, he'll go back to his bag and pull out a bigger club, and then send the ball into the woods.

David Zinczenko
Dave is a globally recognized expert in health, fitness, nutrition, and weight loss and is the #1 New York Times bestselling author of 25 books in 15 languages. Read more
Filed Under
Golf • How-To
Read This Next
Latest News
Read This Next