Disney Channel alum Bella Thorne said that she blamed herself for many years afterwards.

Being a child performer is far from easy. Kid actors have to deal with the stresses of the entertainment industry while also managing the normal business of growing up and going to school. Yet, in some cases, the challenges they face are darker and more disturbing than that. In a new podcast interview, former child star Bella Thorne, who came to fame on the 2010s Disney Channel series Shake It Up, revealed a troubling example of how she was sexualized by adults beginning at a young age. The now-25-year-old claimed that an adult male director accused her of "flirting with him" during an audition when she was only 10. Read on to find out more, including how the interaction negatively shaped Thorne's image of herself.

READ THIS NEXT: Former Child Star Says She Was Exposed to Hard Drugs on Set in New Interview.

Thorne had her first film role when she was six. 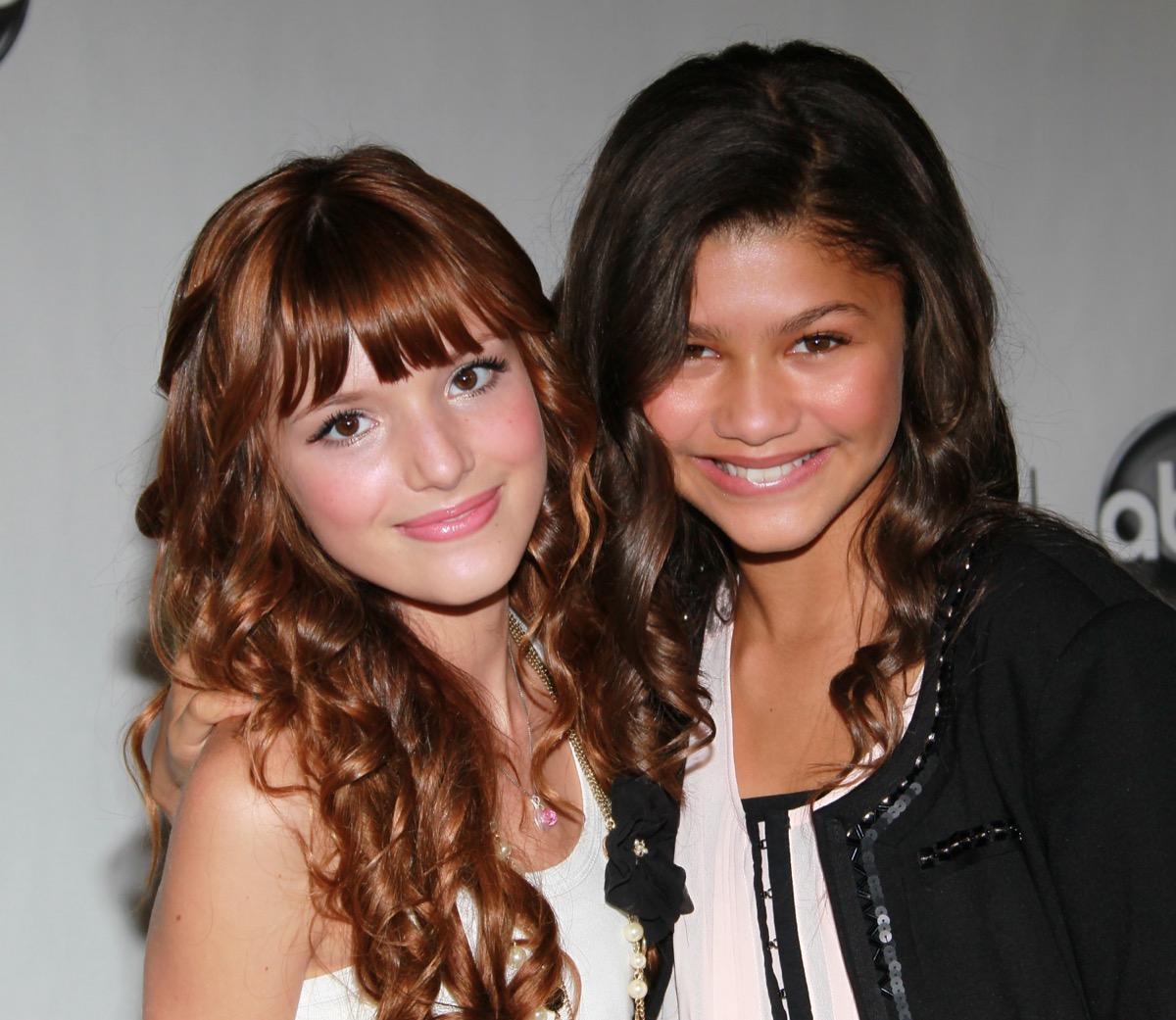 Thorne made her film debut in an uncredited appearance in the 2003 movie Stuck on You, but her first significant roles would come a few years later. In 2007, she appeared in the show Dirty Sexy Money and in 2008, she had a main cast role in My Own Worst Enemy. In 2010, the same year she joined the cast of Big Love, she began starring in Shake It Up, a dance-focused Disney sitcom, alongside Zendaya.

Since beginning her career, Thorne has appeared in dozens of TV shows, including the Freeform series Famous in Love, and movies, like the 2018 romantic drama Midnight Sun. She's also released music and directed an adult film, 2019's Her & Him.

She had a painful experience at a childhood audition.

Thorne was the guest on the Dec. 27 episode of model and writer Emily Ratajkowski's podcast, High Low with EmRata, and she discussed an early instance of being sexualized against her will.

The Disney Channel alum opened up about an audition that she went on at age 10 and that she still thinks about, because of what the director said to her. Thorne said (via Page Six) that the director, who she did not name, confronted her by saying that she had been "flirting with him," which resulted in him being "really uncomfortable."

She went on to say that she thinks about his words "every day" and initially felt that she was really to blame. "I … am trying to find almost fault in myself," the former child actor said. "Like, 'What did you do, Bella? What did you do? You made him feel like this.'"

For more celebrity trivia sent right to your inbox, sign up for our daily newsletter.

She realized that she had done nothing wrong.

In the years since, Thorne came to understand that she couldn't have possibly been responsible for an adult man's impression of her as a child.

"I don't give a [expletive] what the [expletive] I said," the actor continued. "[I was] 10 years old. Why ever would you think that [I was flirting]?"

She also explained that those auditions are so short and regimented that there wouldn't have been opportunity to do what the director accused her of, even if she had been old enough to understand it. "You do the scene, you say hello and you walk out," she said. "There is no time to go sit on your lap or make you uncomfortable."

Ratajkowski encouraged Thorne not to carry any blame and added, "If you need a more [expletive]-up story of Hollywood and pedophilia and the sexualization of children, I don't think there is one."

Thorne has written about being abused as a child.

Thorne has also been open about the sexual abuse she experienced during her childhood. In a 2018 Instagram post, she shared, "I was sexually abused and physically growing up from the day I can remember till I was 14..when I finally had the courage to lock my door at night and sit by it. All damn night. Waiting for someone to take advantage of my life again. Over and over I waited for it to stop and finally it did. But some of us aren't as lucky to get out alive. Please today stand up for every soul Mistreated."ae0fcc31ae342fd3a1346ebb1f342fcb

The actor also wrote about the abuse in the form of a poem in her 2019 book The Life of a Wannabe Mogul: Mental Disarray. The poem explains (via Insider) that she never reported her abuser to authorities because she didn't want to have to "convince" police that she had been violated.