The good, the bad, and the Tom Brady obsession.

While claiming that men and women are simply wired differently may be an oversimplification, there's something to be said for the notion that there are countless formative experiences unique to belonging to either group. And no matter how much work a woman puts into understanding the men in her life, there are simply some things that will continually baffle her.

You may try to be sensitive to his needs, you may try to see eye-to-eye, and you might even have more in common with him than the bulk of your female friends, but make no mistake: there will always be things about the male experience that you just can't wrap your mind around.

With that in mind, we've compiled 40 things women will never understand about men, from his fears he'll never be as handsome as a Hemsworth to why he balks at splitting the bill.

1
He wants to be appreciated, too. 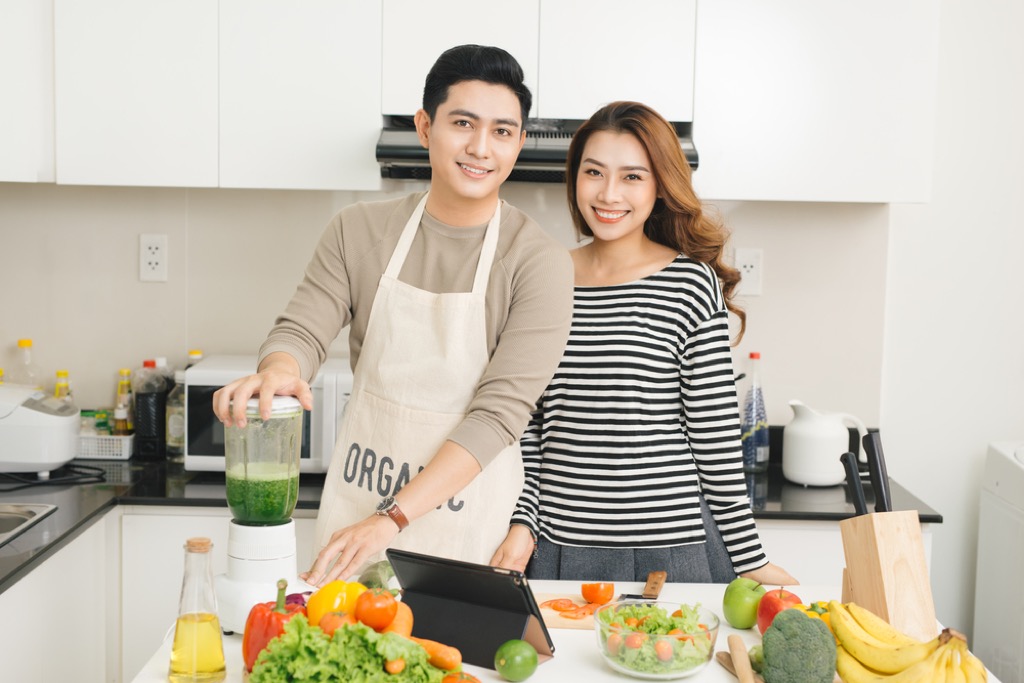 2
He's genuinely worried about what his guy friends think. 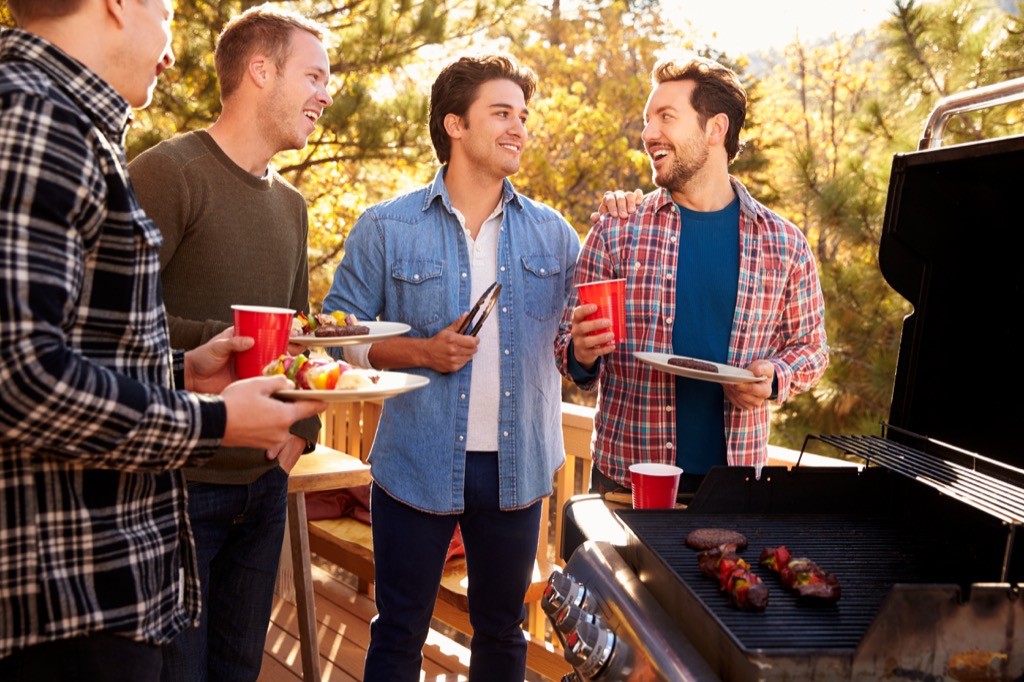 The pressure to "be a man"—whatever that means—is all too real. And in many male group dynamics, being perceived as the weak link means you're the target of non-stop teasing. So, if he seems different around a bunch of guy friends than he is around you, it's not a Dr. Jekyll and Mr. Hyde situation—he's just got some well-honed self-preservation instincts.

3
He feels weird when you talk to your friends about him.

For many women, talking about anything and everything with their inner circle is a no-brainer. However, that doesn't mean that feeling judged by you and your friends isn't hurtful. "When you make a joke about how he can't find anything, that he doesn't listen to what you say, or that he is a hermit, he doesn't find it funny. When you criticize him in public, he feels shamed," says Slatkin.

4
His ways of showing love are different than yours. 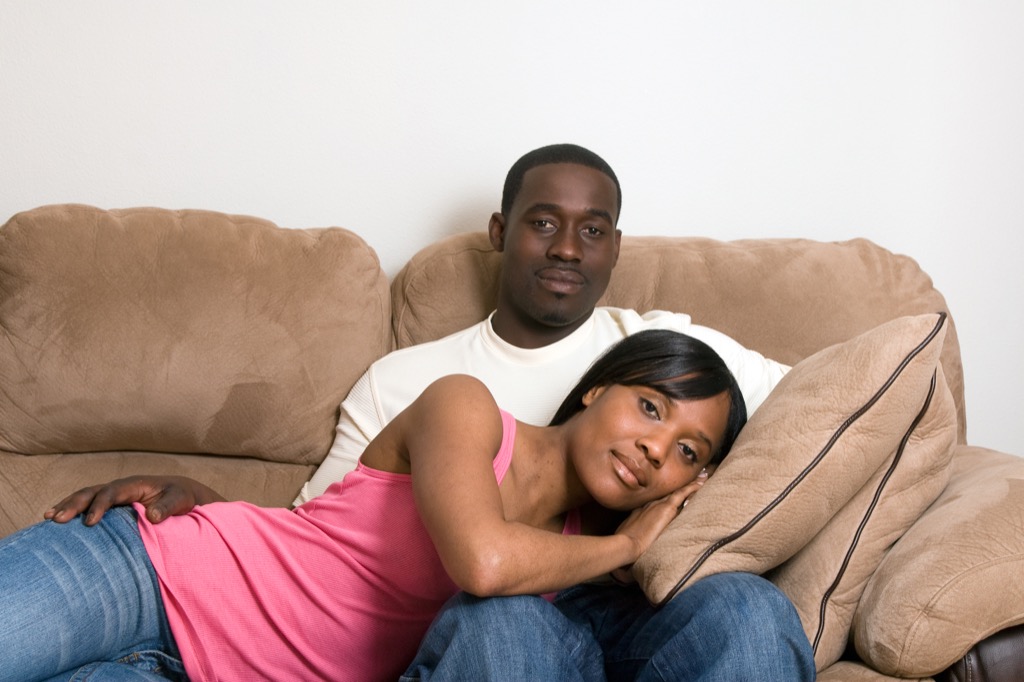 Your idea of showing love may include romantic gestures and compliments, but just because that's not the way he behaves doesn't mean he loves you any less. "He does not always have an easy time expressing his feelings or sharing verbally, though he does show you in other ways. While you may prefer a hug or words of endearment, he may demonstrate his love when he buys you your favorite snack or mows the lawn," says Slatkin.

5
Shaving is annoying for him, too.

Based on surface area alone, women who choose to shave seemingly have a lot more to complain about than a guy who occasionally ditches that stubble. However, skin is skin, and the razor bumps, irritation, and general frustration at feeling the pressure to remove the hair is just as real for him as it is for you. And those inconspicuous shaving cuts on your ankle you can cover with a Band-Aid? Yeah, they're front and center when he accidentally nicks himself.

6
Feeling competent is so important to him. 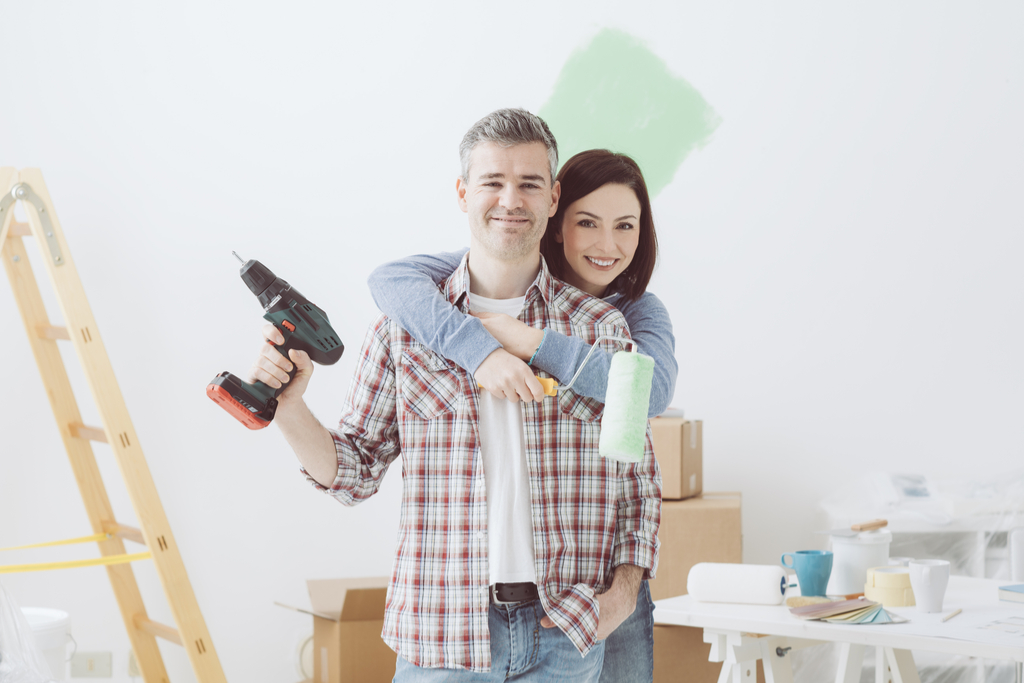 You said you wanted to reinstall that wonky overhead light. He says he wants to fix it himself. While it may seem like he's not calling a handyman because he's frustratingly frugal, for many men, feeling competent is a major self-esteem boost, so even if it takes forever to get the job done, sometimes it's important to just let him have the win.

7
Going out alone isn't a big deal to him.

While some men do travel with an entourage, in many cases, they're willing to fly solo for concerts, movies, and at parties when you'd never consider doing the same. While many women only travel in numbers, the concerns you have about venturing out solo might not even cross his mind. Of course, it's not that men are immune to encountering jerks, it's just that harassment and violence may not be the constant fear for him that it is for many women. 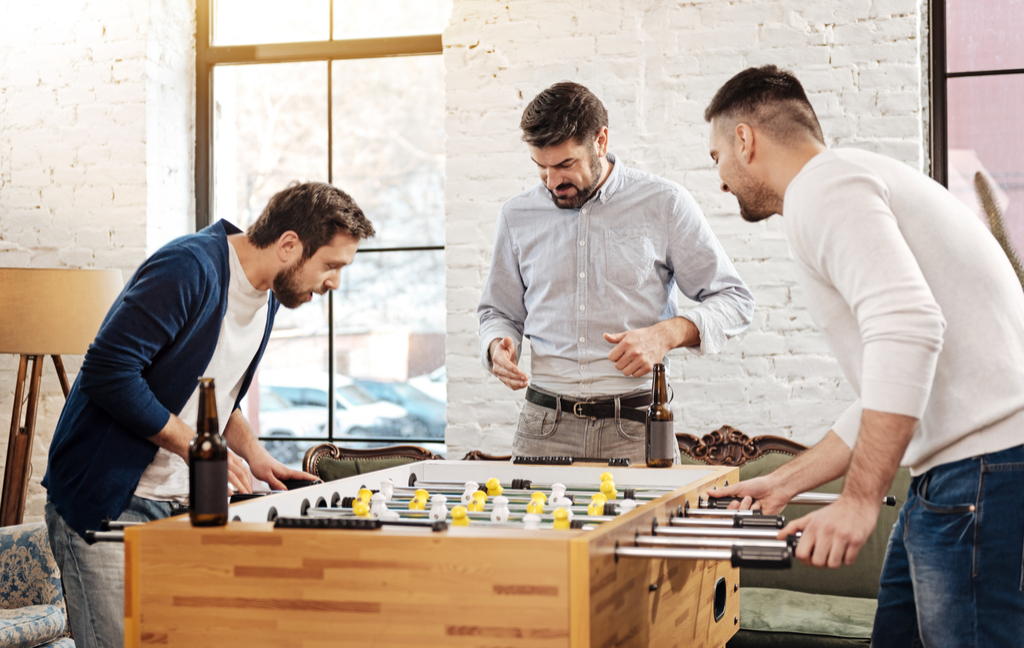 If a guy comes home from hanging out with his friends but can't reiterate a single thing they talked about, it's not that they weren't bonding. Men and women sometimes communicate differently, meaning that watching a football game or playing foosball without a word is every bit the bonding experience talking to your friends might be.

9
Anything having to do with, um, down under. 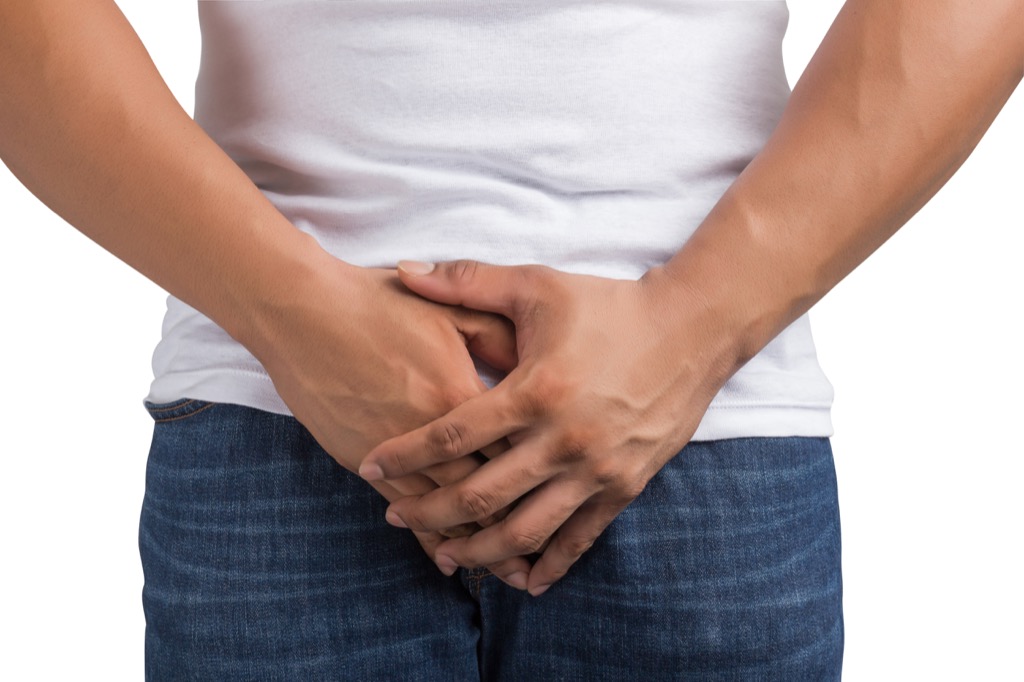 They need to be adjusted? You can't cross your legs comfortably? Why is it that you have to cough repeatedly in front of your doctor, exactly? No matter how many biology classes a woman has taken, the particulars of owning a set will never stop being perplexing.

10
He cares about his accessories just as much as you do. 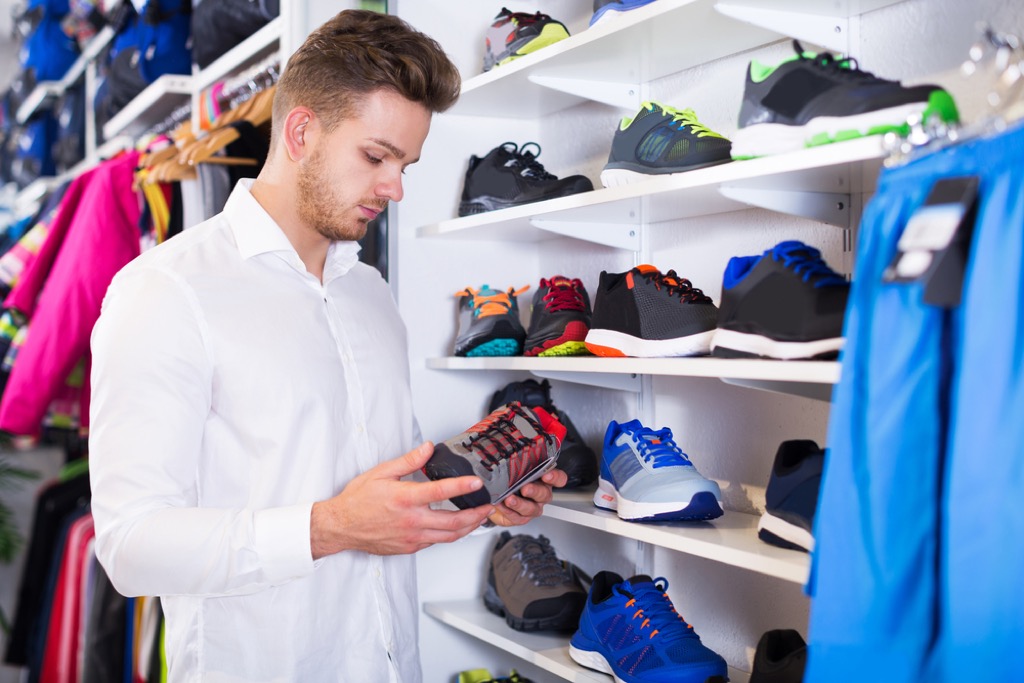 There's many a man in this world who will lament the amount of room a woman's purses, jewelry, and other accessories occupy, but will eagerly line every spare shelf in the house with Jordans and matching snapbacks. And it may be little more than a semantics issue to you, but referring to those as his accessories may trigger more than a little defensiveness.

11
Looks aren't everything to him.

While TV shows and movies may make it seem as though every man whose Tinder date isn't an actual lingerie model is some huge disappointment, that's far from the case. Though your physical appearance may play a part, much like for women, it's just one of many factors that makes him attracted to you.

Though many men have a constant air of confidence about them, whether they're walking into a job interview or meeting a date, it's probably an act. Just because he's a guy doesn't mean he instinctively knows what to say on a date or how to react in a situation any more than you do.

13
He's insecure about his body, too. 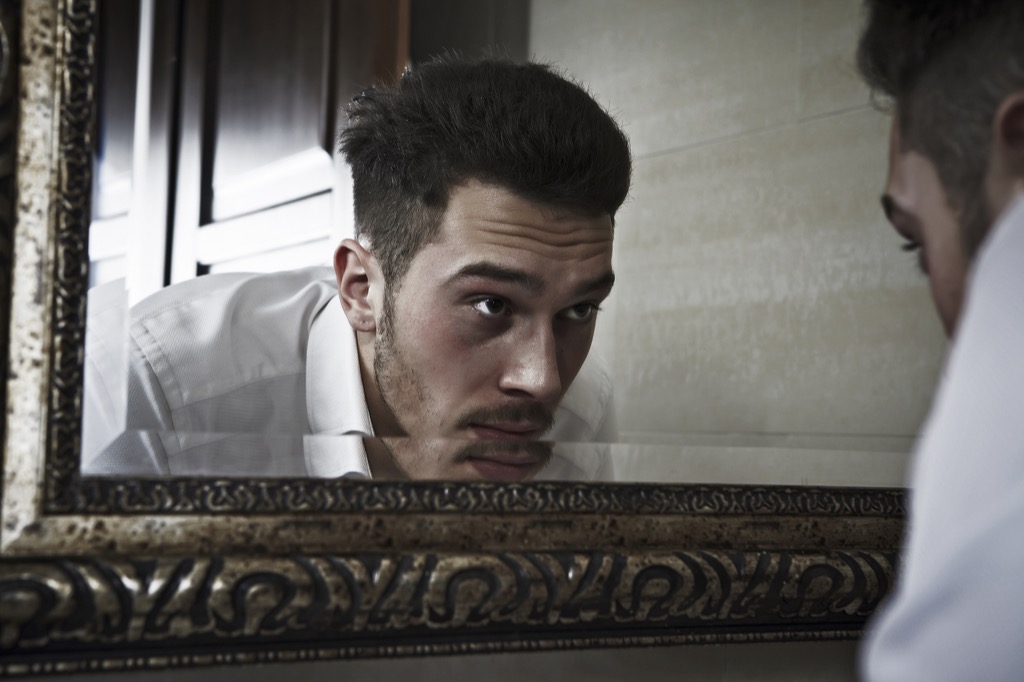 Though many people assume that body insecurity is a specifically-female domain, make no mistake: your guy feels the pressure to conform, too. While he may not have the Spanx and sunless tanner in his closet to prove it, he's no less influenced by that he sees in the media than you are.

14
Calling his male friends horrible names is a means of affection. While referring to your female friends by seemingly-cruel nicknames probably hasn't crossed your mind, for him, it's just another way to communicate. After hearing enough times that it's not cool to otherwise express your affection for your guy friends, calling your friend "Captain Barfbag" might just seem like the next best thing. 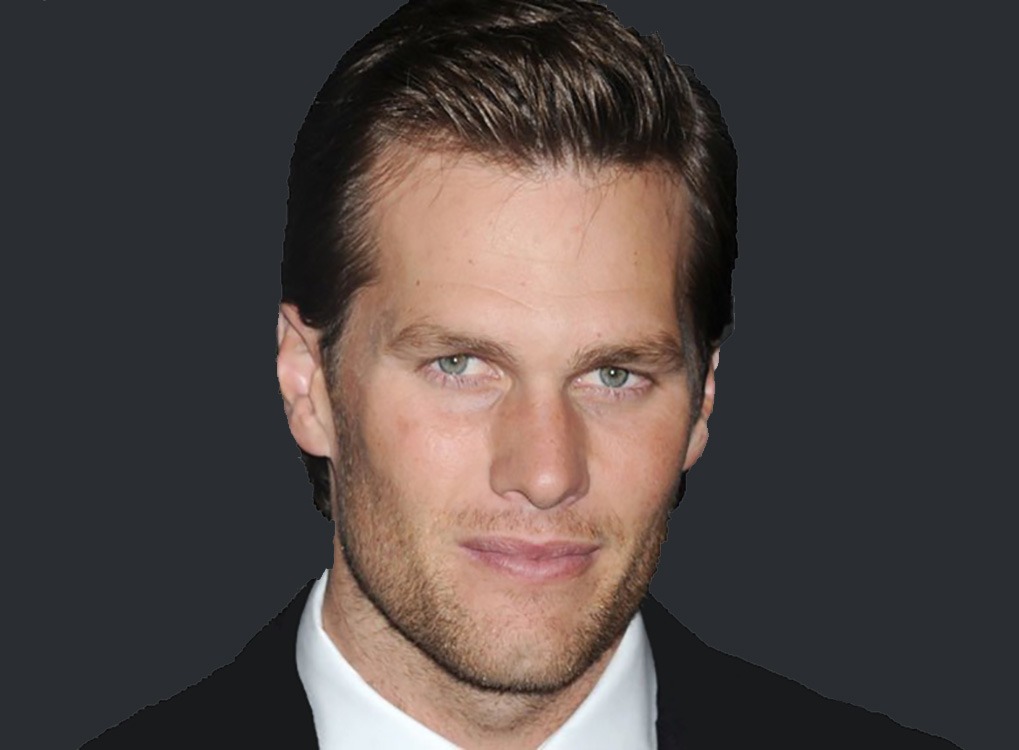 He's good at football. He's handsome. His family life seems supportive and adorable. But what women don't get is that, to many men, Tom Brady is about as close to a real-life superhero as they'll ever see, hence the intense reverence for everything he does (except maybe that gig modeling Uggs).

16
His idea of cleanliness. 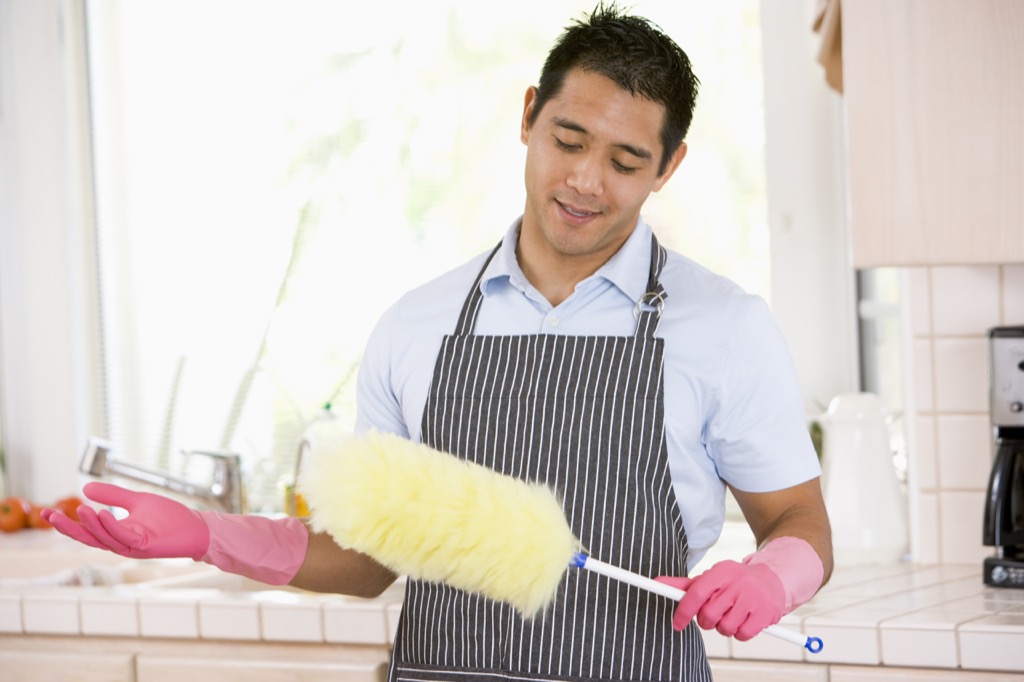 While there are, of course, some neatnik men out there, in many cases, women and men have extremely different views of it comes to what classifies as clean. Whether it's social conditioning or just a fundamental difference in priorities, he may genuinely not understand that "not visibly dirty" isn't the same as "clean."

17
His desire to see you without makeup. 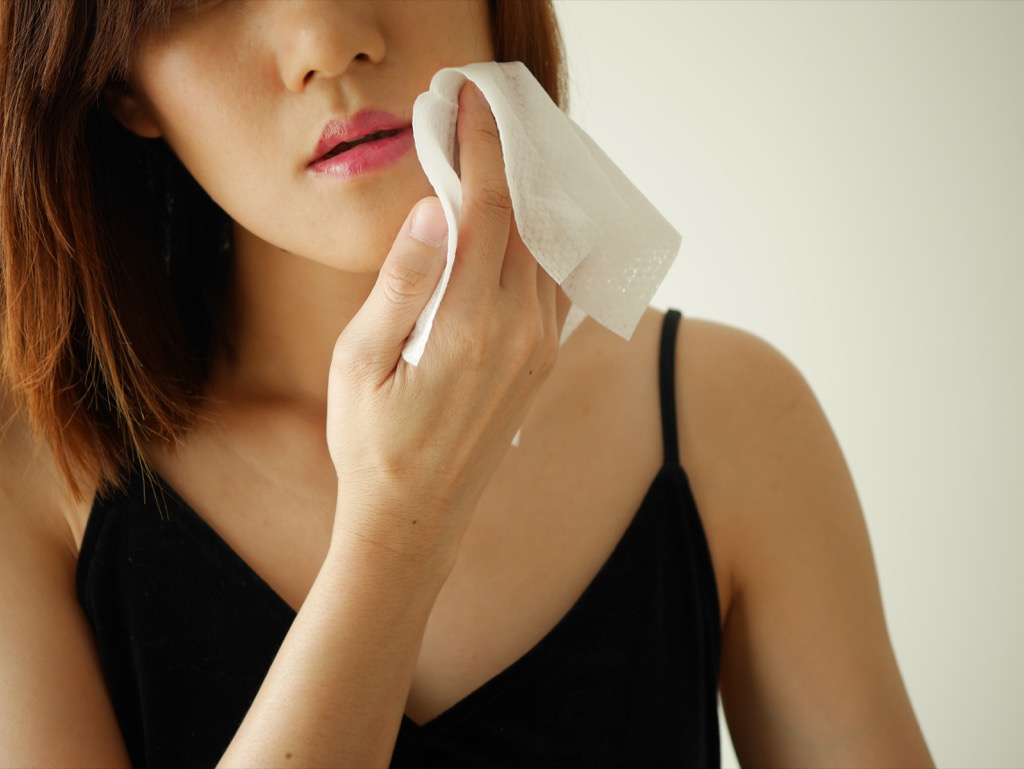 It's probably not that he's a jerk who  considers your routine too high-maintenance, but he may want to see you in your natural state regardless. After all, if you like someone, don't you want to know everything you can about them?

That need to feel competent extends well past trying to fix things around the house. Unfortunately, if you're lost, it might just mean he'd rather take a two-hour detour than admit that he doesn't actually know the way. Many women assume that, if you're looking to buy a man a present, the nearest Best Buy is your best bet. But, like anyone else, your male friends, family members, and significant others are nuanced people—and they can only play so many Fortnite accounts, anyway.

20
He hates rejection just as much as you do.

Feeling unwanted is no picnic for anyone. Just because he gets back on the proverbial horse after being shut down a million times doesn't mean his confidence isn't there in the dirt with him.

21
His compliments are a work in progress. 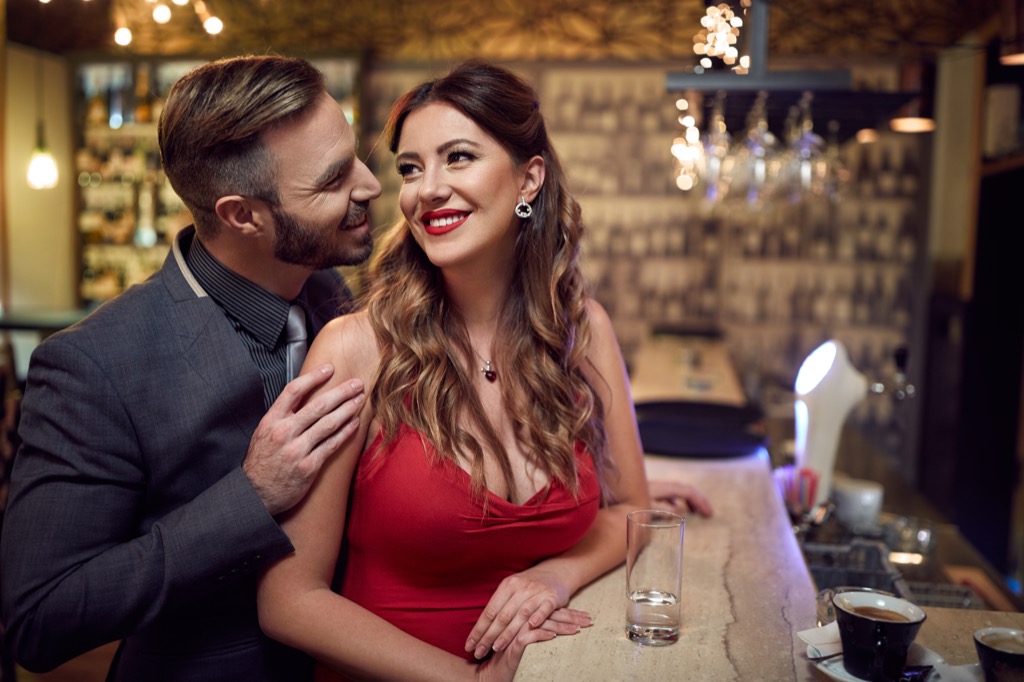 Sure, there are some guys out there who can say something so mind-bogglingly romantic to you off the cuff that you break out in a full-body blush. But in many cases, he's taking his cues from what he's seen in the media and from friends, meaning he thinks that essentially repeating the lyrics to 1D's "What Makes You Beautiful" is sure to make you swoon.

22
Dating isn't always easy for him. 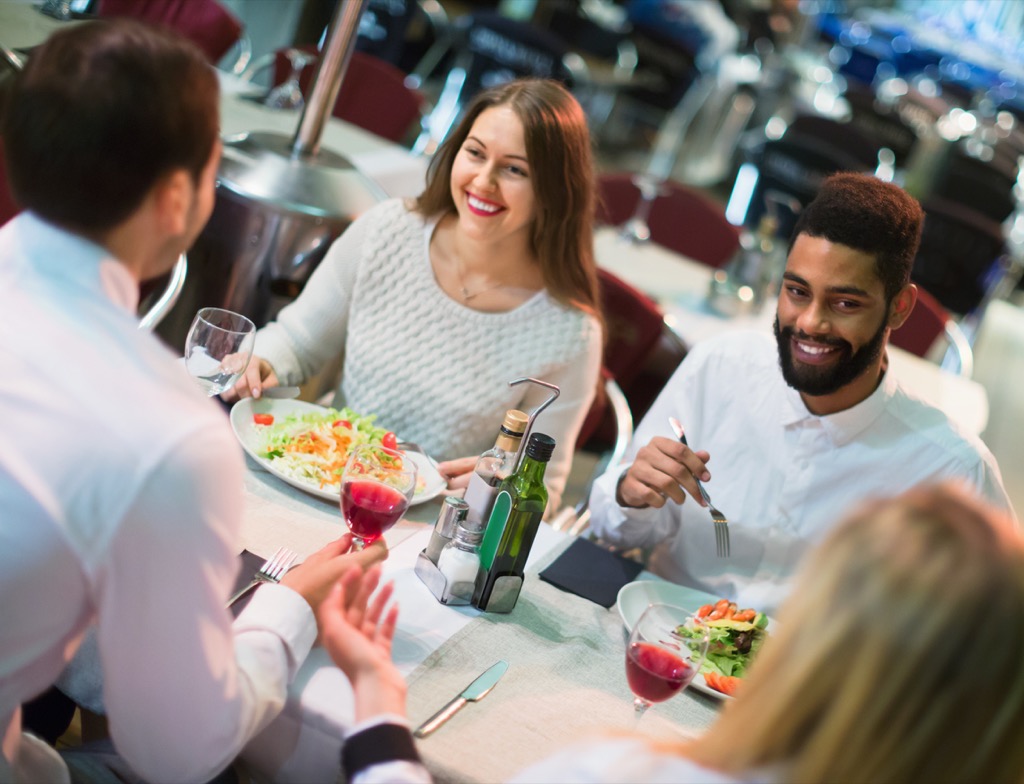 While it may seem like it's so easy for guys to find women to date (and that they always want to play the field), that's far from the case. He's gone on his fair share of awkward dates, had his texts unreturned, and can't do a whole lot more about what he's working with, looks-wise, than anyone else in this world.

23
He wants to know what you like in bed—and you should tell him.

Don't assume that just because he's a man, he knows what he's doing in the bedroom any more than you do. While you might assume that he's eager to call the shots, it's more likely that he just wants to make you happy—so tell him how to get there.

24
He's not always up for an act of bravery.

Sometimes, the world is a scary place. Whether he's facing down a mugger or confronted by the biggest spider he's ever seen, don't assume that he's always going to be eager to be your knight in shining armor—after all, guys get scared, too.

Sarah Crow
Sarah Crow is a senior editor at Eat This, Not That!, where she focuses on celebrity news and health coverage. Read more
Filed Under
Dating
Read This Next
Latest News
Read This Next