15 Tourist Traps That Are Totally Not Worth the Effort

No matter what your reasons may be for making the trek to famed attractions, you'd be wiser for acknowledging the fact that you're far from the only one with a desire to see these places. In fact, if there is one cliché but true fact, it's that taking the path less traveled (literally) can often be more rewarding than paying a visit to global tourist traps like Times Square or Taj Mahal.

For one, you'll be able to have a more authentic cultural experience, rather than having to contend with hordes of international travelers, and all of the marketing techniques and scams that often come with popular destinations. So, if you're feeling more adventurous (and don't exactly enjoy sharing your space with thousands of other people at once), take our advice, and avoid these worst tourist traps in the world.

According to CNN, visiting Taj Mahal is only a good idea if you enjoy contending with thousands of other tourists elbowing you to get the best Instagram picture of its beautiful architecture. In fact, this location proves to be one of the most popular tourist destinations in the entire world, with around eight million visitors crowding around its exterior every year. So, if your heart is still set on seeing this historic place, plan to arrive there at dawn, before the crush of the crowds.

All of Cancun is one endless tourist trap. From sales representatives pressuring you to attend presentations about purchasing timeshares in Mexico, to young spring breakers looking to down one too many margaritas (the drinking age is 18 in Mexico), you'll spend more time avoiding these unpleasant diversions than actually enjoying this beautiful beach town. For crystal-clear waters and hidden cenotes, check out Bacalar, Yucatan, as a quieter alternative.

While a visit to Sydney should be on your bucket list, you can spend more time exploring the city and less time dealing with crowds and overpriced goods by skipping a trip to the Sydney Fish Market altogether. As the world's largest fish market in the Southern Hemisphere, you'd be right to expect large throngs of tourists navigating its hallowed halls, but what you may not expect is the less-than-stellar variety and prices that greatly exceed your grocery shopping budget. As CNN states, this tourist trap isn't worth your time—or money. 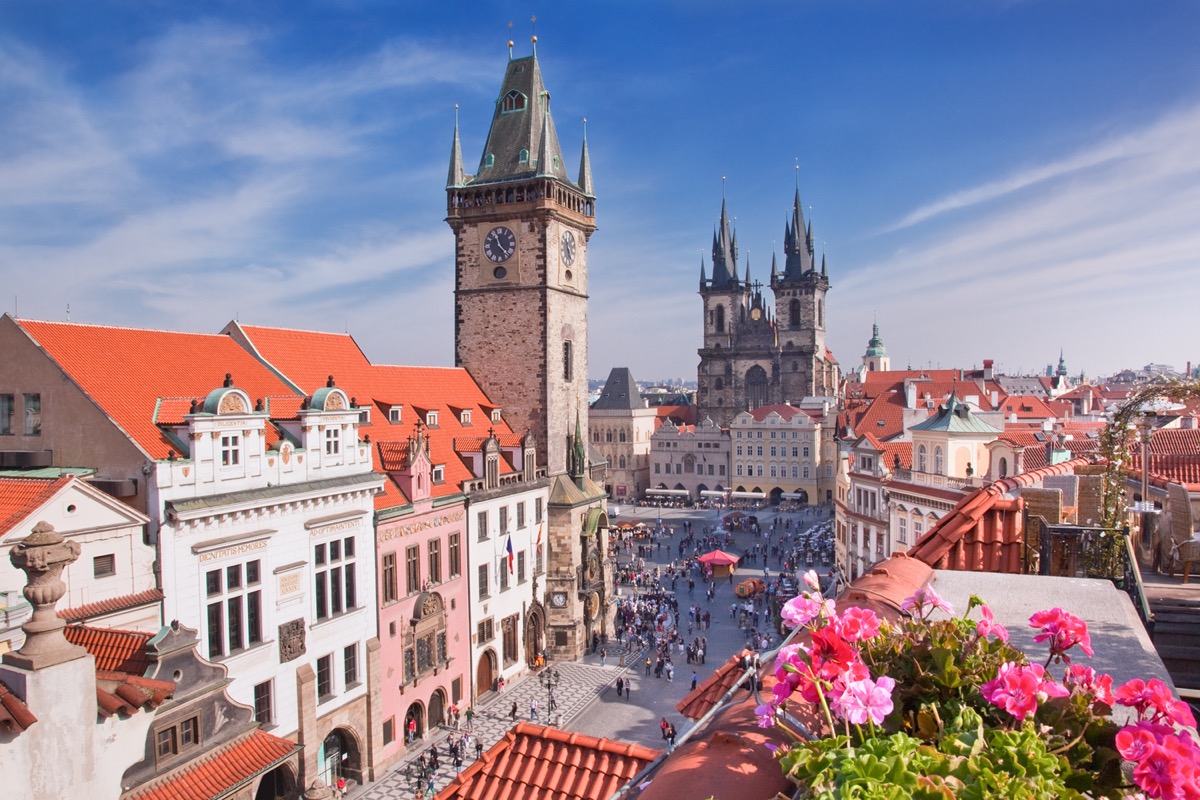 Around three million visitors flood the streets of Old Town each year—meaning that a visit to this historical place requires quite a bit of elbowing and jostling to get the best experience. For many seasoned travelers, it isn't worth the trek for the simple fact that so many other beautiful and distinct historical monuments exist outside of Old Town. To only name a few, Vinohrady, Vršovice, Žižkov, and Holesovice stand as testaments to the architectural wonders of Prague, without the throngs of tourists and overpriced attractions.ae0fcc31ae342fd3a1346ebb1f342fcb

Though its shores are thought to provide some of the best waters to snorkel in, most understand this spot in Indonesia as a tourist trap. For one, the waters aren't as pristine as they are made out to be—you'll actually fare better in places like Pulau Menjangan, where the beaches are more carefully preserved. Additionally, as a general rule while traveling abroad, be careful of avoiding scammers; if the deal sounds too good to be true, then, most likely, it is.

Unless you're a die-hard Elvis Presley fan, the $42.50 you'll spend touring his home can be better spent on more authentic attractions in Memphis, Tennessee (like the Memphis Rock N' Soul Museum).

Welcoming a whopping 20 million visitors into its heralded gates every year (that's 56,000 every day—the population of some small cities), Walt Disney World is easily Florida's biggest attraction. But it's not exactly that magical when you're surrounded by screaming children and cheesy Mickey souvenirs. Instead of dropping loads of money in an attempt to impress your family, venture instead to family-friendly theme parks like Hersheypark and Dollywood, where the tourists aren't as intimidating and the prices are more manageable.

Since you're barred from actually walking anywhere close to the stones, many agree that a simple drive by the famous rock formation is a better investment than actually forking over the money to glance Stonehenge from a distance. Not only that, but Stonehenge is in a more remote part of England, requiring a two-and-a-half-hour drive from London, meaning that you're investing much more than admission price ($25 per person) to see (and not even touch) this rock formation.

Especially as somebody who has lived in New York City for the past three years, take it from me: there are so many other ways to spend your time in the Big Apple without having to deal with costumed swindlers and overpriced chain restaurants. For a true taste of New York City, head downtown, below 14th street, instead. (Greenwich Village is an ideal destination.) While you'll still have to contend with a crowd (it is New York, after all), you'll find more authentic eateries and park strolls than you could ever imagine.

For starters, the trek up these falls is no joke—to make it up the falls in one piece, you'll be holding on to other's hands for support against the waters and steep incline. Further, you'll be forced to endure the relentless parade of tour guides and salespeople trying to sell you tours and products at steep prices, which are often conveniently masked by "great deals." While it is one of Jamaica's most visited attractions, there are plenty of other beautiful waterfalls to visit in this country—without enduring large tourist populations and swindlers.

To get "the gift of gab" you get to pay for the opportunity to hike up 120 steps to kiss a wall that millions of others have kissed. While this may be a rite of passage as a tourist in Ireland, there are many other under-the-radar castles in this historic country.

Recently regarded as the fourth worst tourist trap in the world, Nanjing Dong Lu, a shopping center in Shanghai, hardly measures up to its hype, according to CNN. While many flock there for its supposed historical context (it was once the best shopping district in the country, around 150 years ago), there are little to no reminders of this fact still present in the district today. So, for those looking for unique Chinese shopping centers, they would be wiser looking elsewhere.

Even if it is amazing to spend a few minutes in an architectural anomaly such as the Leaning Tower of Pisa, you'll have to pay more than your fair share of money ($22 per person) and precious time to even set foot in the historical building. So, if you don't want to stand in lines to see a leaning tower (or be kicked out of the way by photobombing tourists), take a trip to San Gimignano's medieval towers in nearby Tuscany instead.

Many Americans flock to Niagara Falls each year to catch a glimpse of this stunning testament to the beauty of mother nature. But the surrounding town has become so tourism-centered that exceedingly-high prices and overpopulated streets is the price you'll pay for one look at these falls. Luckily, its equivalent in Ontario, called Niagara-on-the-Lake features the same stunning views of the falls with fewer tourists. In other words, a more authentic Niagara Falls experience is just across the Canadian border.

To get to the Pyramids of Giza in Cairo, you have to be prepared to burn through your bank account. Before even entering the area, taxis will offer to drive you to hidden parts of this tourist trap—though, be warned: this secret entry will cost you more than you could ever imagine (often hundreds of dollars).

Additionally, tour guides will often target international tourists and trick them into thinking that they have to purchase a guided tour, which is actually not the case. We suggest spending more time at the ancient temples of Luxor and the tombs of the Valley of Kings. And for more scammy sites, make sure you avoid the 50 Most Overrated Tourist Attractions in the World.

Ashley Moor
Ashley hails from Dayton, Ohio, and has more than six years of experience in print and digital media. Read more
Filed Under
Destinations • Vacation
Read This Next
Latest News
Read This Next