This Is the Type of Person Most Likely to Try to Steal Your Partner, New Study Says

They find manipulation a breeze, so keep them away from your significant other.

As the old saying goes, all is fair in love and war. Some behaviors, however, are much more frowned upon than others. For example, hiding a surprise party from your partner is perfectly fine, while hiding a major financial transaction from them is super uncool. But one of the worst indiscretions in romance is trying to steal another person's partner. So, why do people do it? A recent study published in the Journal of Sex Research found some insights. Read on to learn which type of person is most likely to poach your partner. Then, stay far, far away from them.

READ THIS NEXT: 5 Questions Your Partner May Ask If They're Cheating, Therapists Say.

How the study worked. 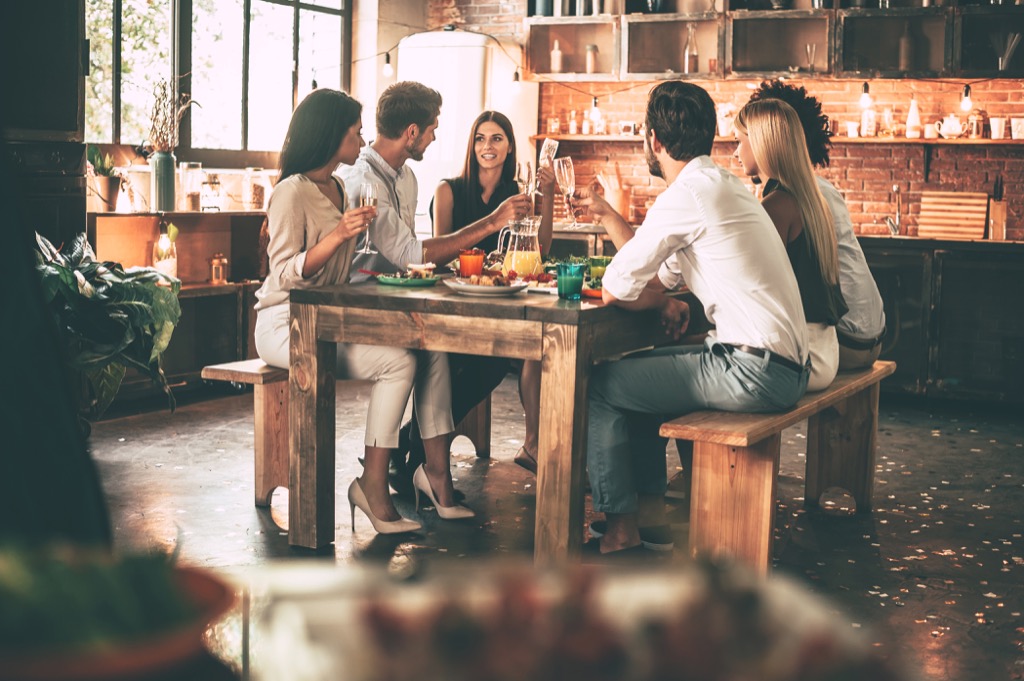 Throughout the study, the researchers defined mate poaching as "behavior intended to attract someone who is already in a romantic relationship." To discover the types of people most likely to engage in the behavior, they worked with both members of 187 heterosexual couples who were married, cohabiting, or dating and living in Croatia.

To begin the study, each participant rated their and their partner's personalities; they also summarized their own poaching experiences. The researchers then evaluated each person according to the Big Five and Dark Triad personality traits. The Big Five traits are extraversion, agreeableness, conscientiousness, neuroticism, and openness to new experiences; the Dark Triad includes narcissism, psychopathy, and Machiavellianism.

Men with this trait were most likely to poach.

The study found that men with low levels of conscientiousness and high levels of Machiavellianism were most likely to attempt to poach someone's partner. The most successful men, however, had high levels of psychopathy and low agreeableness.

Two traits surpassed the others in their connection to poaching. "Higher psychopathy and Machiavellianism, especially in men, proved to be the most important predictors of poaching experiences in both men and women," the researchers said.

According to Frontiers in Psychology, Machiavellianism is characterized by interpersonal manipulation, deceit, cynicism, and lack of morality. Psychopathy, on the other hand, is defined as having a deficiency in emotional responses, a lack of empathy, and poor behavior controls.

READ THIS NEXT: 6 Red Flags That Spell Cheating, Therapists Warn.

Women with this trait were most likely to poach.

The women most successful at poaching showed high extraversion, openness, and psychopathy. Interestingly, the study found that a woman's susceptibility to poaching had to do with her and her partner's personality. Women with partners who had low agreeableness and high neuroticism were more likely to be poached.

For more relationship advice delivered straight to your inbox, sign up for our daily newsletter.

The surprising trait that wasn't a factor.

Narcissism is characterized by having an unreasonably high sense of your own importance. Narcissists seek attention and want to be admired, according to the Mayo Clinic. Fortunately, they're off the hook for poaching.

There could be other causes for poaching, too.

Personality traits aren't the only cause of poaching. David Tzall, PsyD, a licensed psychologist based in Brooklyn, says confidence can also come into play.

"An individual might also poach because they do not think highly of themselves," he says. "By befriending another and lying in wait, you do not have to be vulnerable from the get-go and lay the groundwork for a relationship." It's easier to brush off disinterest as caused by the pre-existing partner rather than a personal shortcoming.

Another cause could be that a poacher simply has no respect for boundaries. "They may feed on the weakness of the other person's troubles in the relationship and use it to their advantage," says Tzall. "If the person is not having enough sex, or desires more intimacy, or wants someone with similar goals and interests, then the other person can model themselves based on what the other wants."

While most people would understand that a boundary is in place—or that a person may be divulging details of their relationship for help or guidance—a poacher might not. If they happen to have one of the personality traits mentioned above too, you'll want to watch your back.