People change. It's just a fact of life. By the time you're 40, you discover that, over time, you've evolved into a completely different person that when you were at the ripe age of 27. No doubt your habits are different, your interests are different, and your priorities are different. So it's no surprise that many of us who married really young will often look back on the decision with some measure of regret. But if you're curious to know what those regrets may be, read on—because we've compiled the biggest ones right here. And for more help evaluating major life decisions, check out The Biggest Regret Nearly Every Parent Has.

1
The marriage was based on physical chemistry. 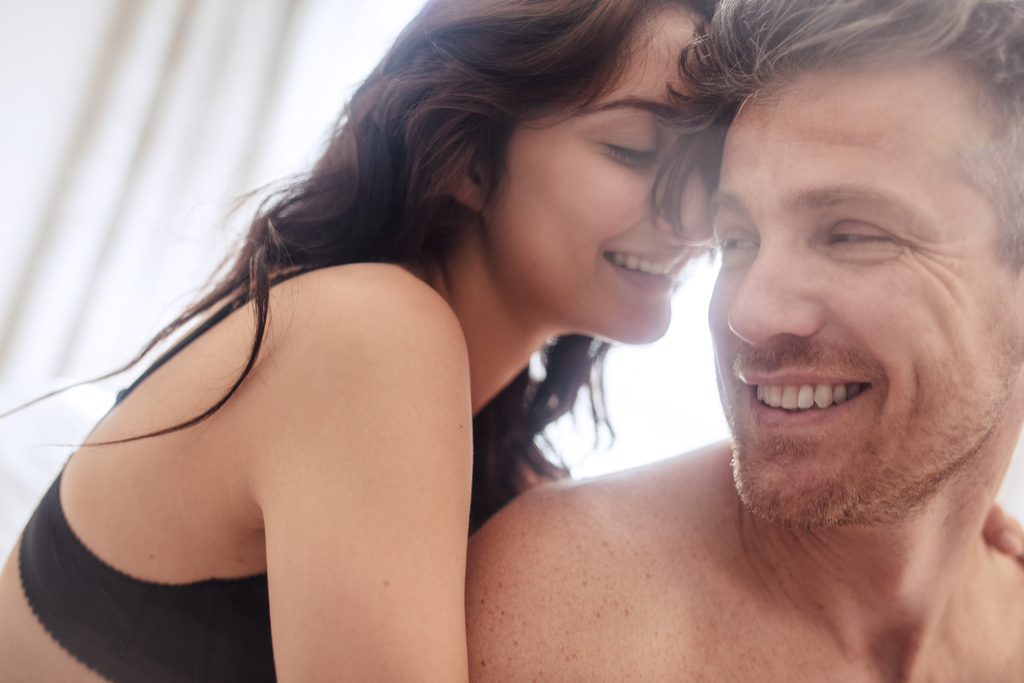 You're sharing a life together, not just a bedroom. "Young people often put too much credence in sex," says Dr. Andrea Herber, a Boston-based psychologist with The Inside Compass, "and that's something they may come to regret later." Intimacy is crucial, she stresses, but it's one of many factors in a successful bond. And for some more sage matrimonial wisdom, check out the 13 Best Marriage Marriage Tips From Blake Lively and Ryan Reynolds.

2
They didn't want to disappoint their partner.

3
They married only to experience a life change.

For some, getting married can be a one-way ticket to getting out of dodge, Dr. Herber says. Whether it's your parent's basement, a college dorm, or the messy apartment you share with one too many musicians, getting hitched can be a mode of escape. But it's typically not a good sign when your reason for getting married doesn't involve your spouse. And for more poor relationship decisions to avoid, check out The 15 Worst Reasons to Delay a Breakup.

4
They married an unsupportive partner. 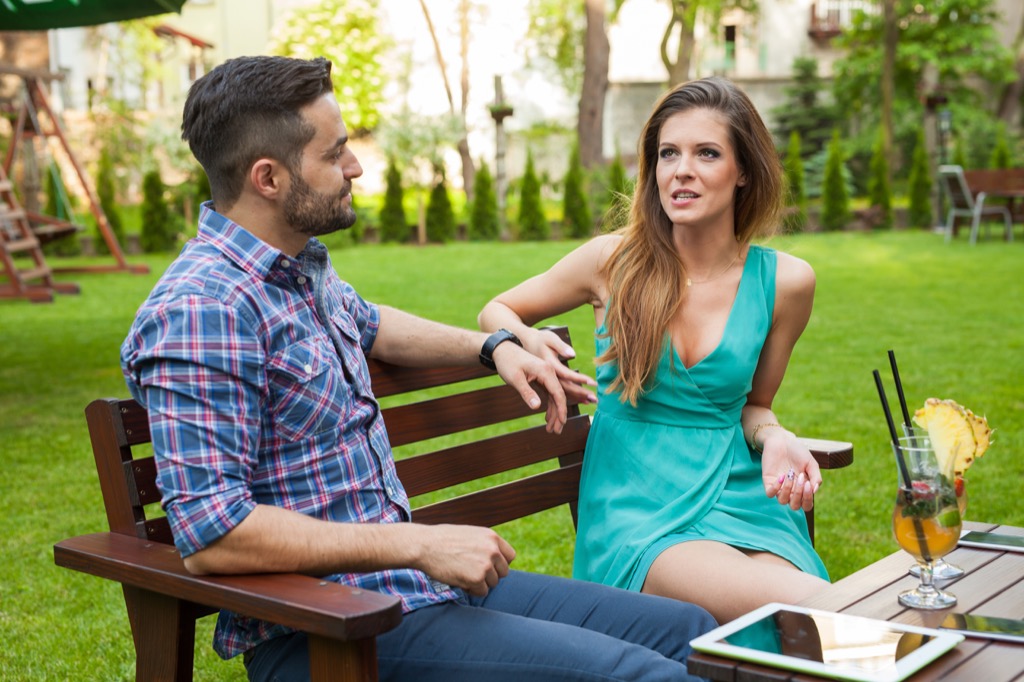 When getting hitched, it's important that both partners share an understanding of how they want their shared future to look. However, it can be challenging for young people to achieve this understanding. When you're young, "you don't always know how to pick a partner that truly supports your dreams," says Herber, "because you haven't fully fleshed them out yourself."

5
They entered a relationship that doesn't satisfy their needs. Lacking in self-knowledge, young people may enter into relationships that "don't quite meet what they need," says Raffi Bilek, a licensed couples counselor and director of the Baltimore Therapy Center. "Because they weren't clear enough" on what these needs were, he says, they don't "seek it out appropriately in the first place." And for more great relationship advice, learn the 30 Things You're Doing Wrong That Will Kill Your Marriage.

6
They missed out on promiscuity.

Sex with a married partner, Bilek says, "inevitably stops being exciting several years in." Still in their sexual prime, he says, some young couples begin to feel the seven-year itch a little too soon, thinking to themselves, " 'maybe I shouldn't have gotten married so early.' "

7
They went through life too fast.

Marriage brings many changes: along with the ring and possible new name, it ushers in a new, more responsible, phase of life. Some young couples "regret jumping into this stage of life they weren't looking to get into yet," according to Bilek. Unfortunately, there's no jumping back. And when you want to avoid pitfalls in your own marriage, make sure to avoid these 40 Relationship Tips That Are Actually Terrible.

8
They lost the freedom to be spontaneous.

"When you're maturing it's all about you, you, you—your career, your friends, your social life," says Fran Greene, a relationship coach and the author of Dating Again With Courage and Confidence and the upcoming The Secret Rules of Flirting. "So it's weird," she continues, "when one night you tell your friend, 'Hey, let's go to dinner,' and then all of the sudden it's like, 'Oh, I have a husband at home. Maybe I need to check in and ask him? Or invite him?'" For some couples, she explains, "that's a rude awakening."

9
They lost their single friends.

"You never think in a million years your friends are based on their relationship status," says Greene, "but, often, your single friends, once you become a married, feel as if they don't have as much in common with you." This can be especially difficult for a couple who married young, as many of their friends may still be single. All of a sudden, their inner circle has closed considerably, and they might find themselves with no choice but to repeat the same double dates over and over again just to enjoy some social interaction. If you find yourself in this situation and need to recoup your losses, learn the 40 Ways to Make New Friends in Your 40s.

10
They'll never find out what else is out there. 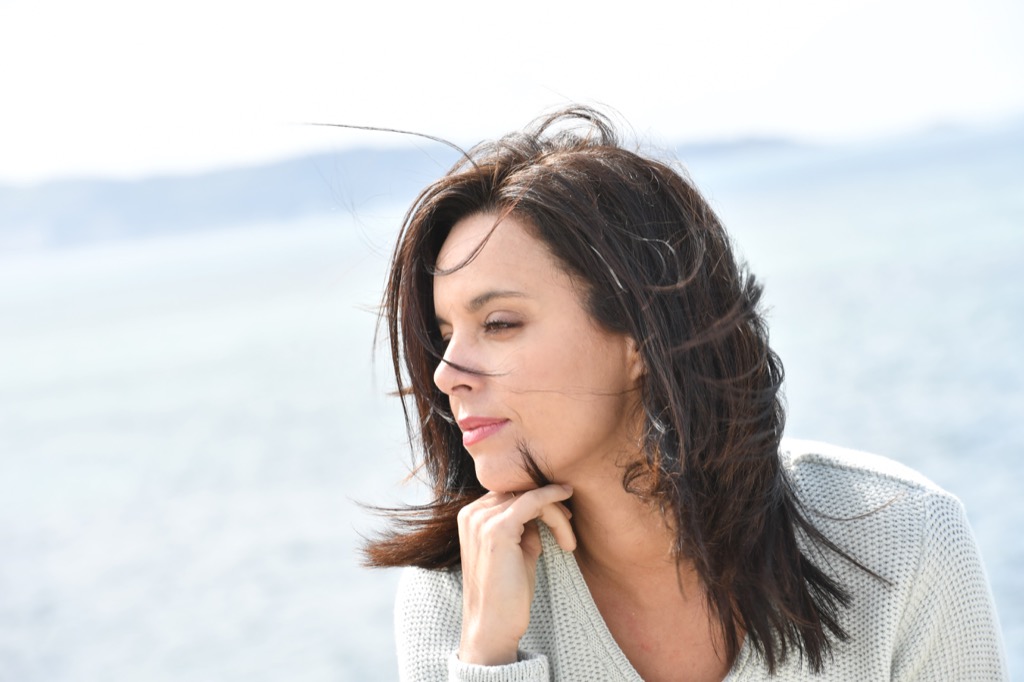 Getting married is supposed to be the be-all-end-all of relationships; do it once, and you're done. So when a couple gets married young, they may regret not testing the waters a bit more before settling on a partner. "You don't have that much to look back on when you're young, to compare," says Greene. Lacking knowledge on what their other options are, it's easy to begin wondering "what if?"

11
You can't help but drift from your partner.

For some couples that get married young, they find that as they age, they grow apart. What was once a match made in heaven becomes an example of incompatibility. Many "haven't fully grown, formed, or experienced enough" beforehand, says Dr. Herber, to be familiar with what they want as fully-developed adults.

12
They didn't anticipate the responsibility.

For some young couples, marriage is more than they bargained for. "They were planning to carry on with their carefree lifestyle," says Bilek, "and they regret they've saddled themselves with responsibility they weren't really ready for."

13
They didn't recognize the perks of single life.

For some, the phrase "you don't know what you've got till it's gone" rings all too true. Having married at a tender age to avoid dating, some partners may eventually find themselves envious of their still-single friends and their ability to only look out for themselves. Even if you didn't love your life before marriage, "You can become jealous of what you didn't think was that great," says Greene.

14
They lost the chance to take career risks.

Getting married might mean settling down, which might mean ensuring you and your partner enjoy a steady and stable stream of income. Some partners find they "envy their single friends' job flexibility," says Greene, especially if they find their current work unfulfilling.

15
They lost the chance to be in charge.

Some spouses regret giving up the chance to be independent so soon. "There's something really exciting and nice about being in charge of yourself," Greene says, explaining that couples might come to wonder if they'd given up that excitement too early.ae0fcc31ae342fd3a1346ebb1f342fcb

16
They never got a chance to explore in the bedroom. 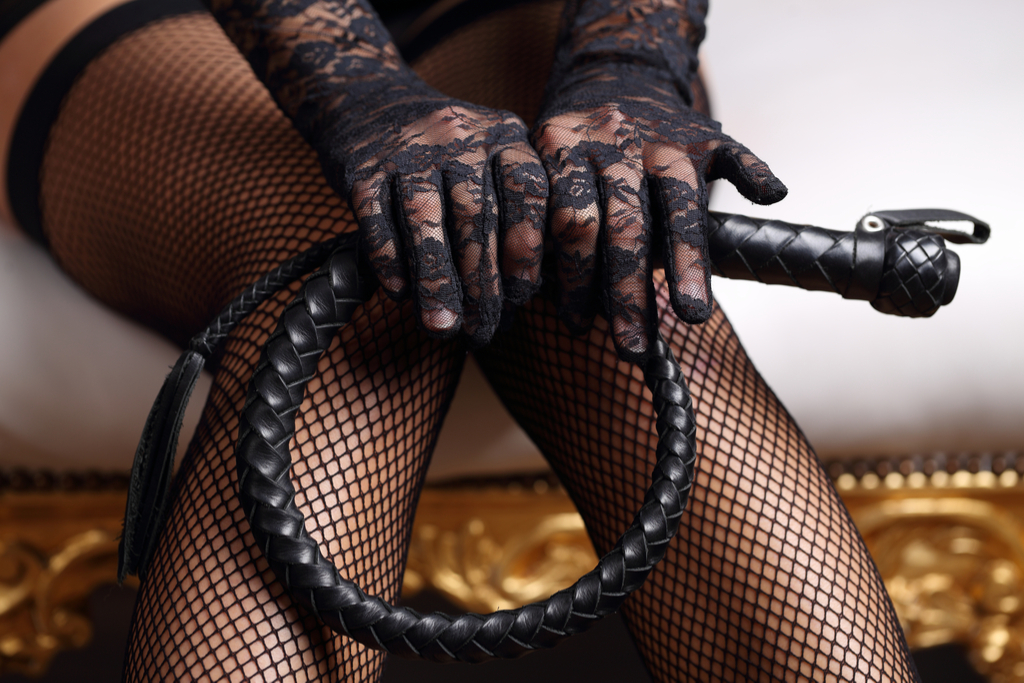 "Some people have sexual fetishes that they've hidden for a long time," says Dr. Herber. At the time they got married they "didn't understand they could pick somebody" who shared their feelings, and as such miss out on a more intimate connection with their partner.

17
They missed out on the dating scene. 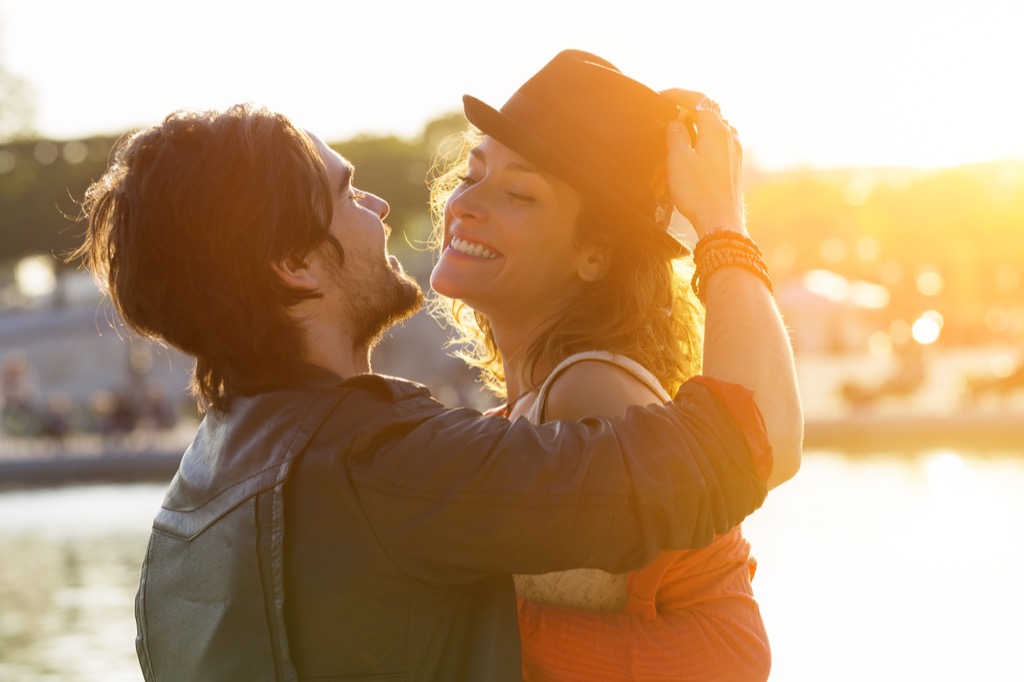 Surprising, right? Couples may hear about their friends' love lives and "feel like they didn't get the chance to experience dating," causing "feelings of unhappiness and regret," says psychotherapist Emily Mendez, M.S. Ed.S.

18
They didn't get a chance to know their partner before marriage.

Young people tend to be more impulsive than their older cohorts, leading some to jump into wedding arrangements sooner than they should. "Though it doesn't always happen," Greene says, "I recommend to my clients that they experience all seasons with someone."

19
They look to their partner for happiness. 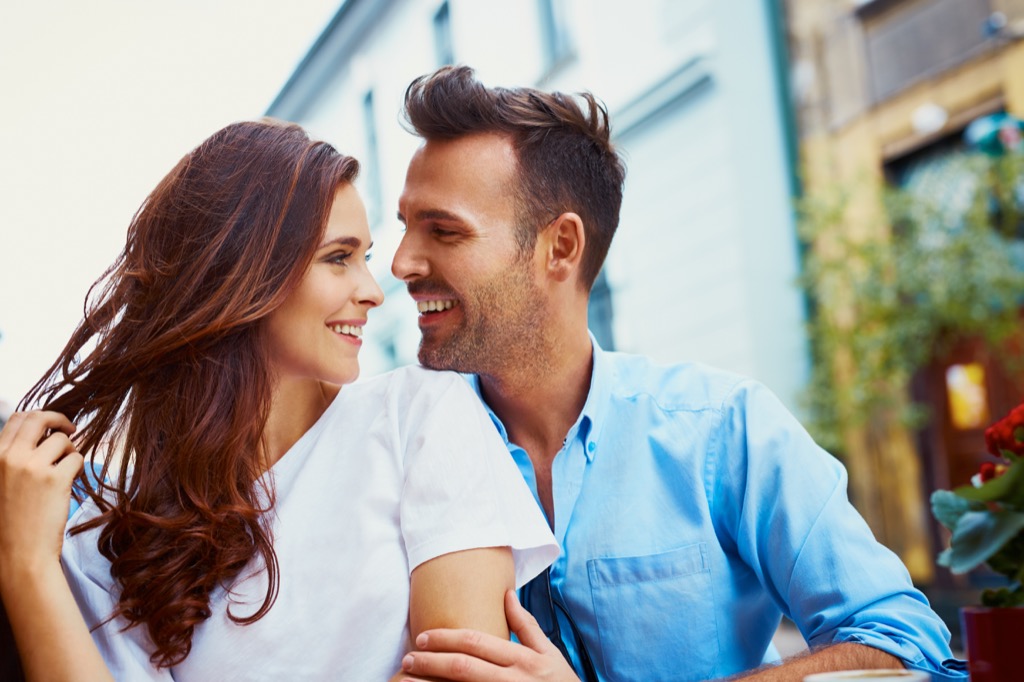 Some young couples make the mistake of getting married under the impression that doing so will cure any dissatisfaction they may be feeling in their lives. While marriage is joyful, this can be too much to ask from a relationship. "They're looking to another person to fulfill themselves and make their world okay," says Dr. Herber, "instead of looking to themselves."

20
They daydream about what could've been.

For some couples, marriage is an "easy fix." Later on, they may begin to wonder where they life could have led them had they toughed it out a bit longer. They say to themselves: "Maybe I would have done [something else] with my life," says Dr. Herber, feeling that if they hadn't closed off these other parts of themselves, they "might've grown in a different direction." And if marriage doesn't feel like the logical next step for you, check out these 30 Reasons Why Being Single In Your 30s Is The Best Thing Ever.