Bigger isn't always better, especially when it comes to owning a home. Many of us have dreamed about buying bigger homes, but the reality is that owning a McMansion is more money and effort than it's worth. Sure, it sounds nice to have a formal dining room to host holiday meals and an extra couple guest bedrooms on those rare occasions friends and family visit. But ultimately, these huge spaces come with huge headaches, huge heating bills, and huge property taxes. Herein, we've rounded up some of the serious cons of owning a big house, ones that you should be thankful you don't have to deal with.

1
The heating bills are expensive.

The expenses associated with a big house don't stop once you sign on the dotted line. For instance: Every winter, it's going to cost more to keep your house warm. While an 1,800-square-foot house with a heat pump costs about $3,000 per year to heat, a 4,000-square-foot home with the same heating system costs more than $5,400 on average to heat, according to PECO Energy Company. 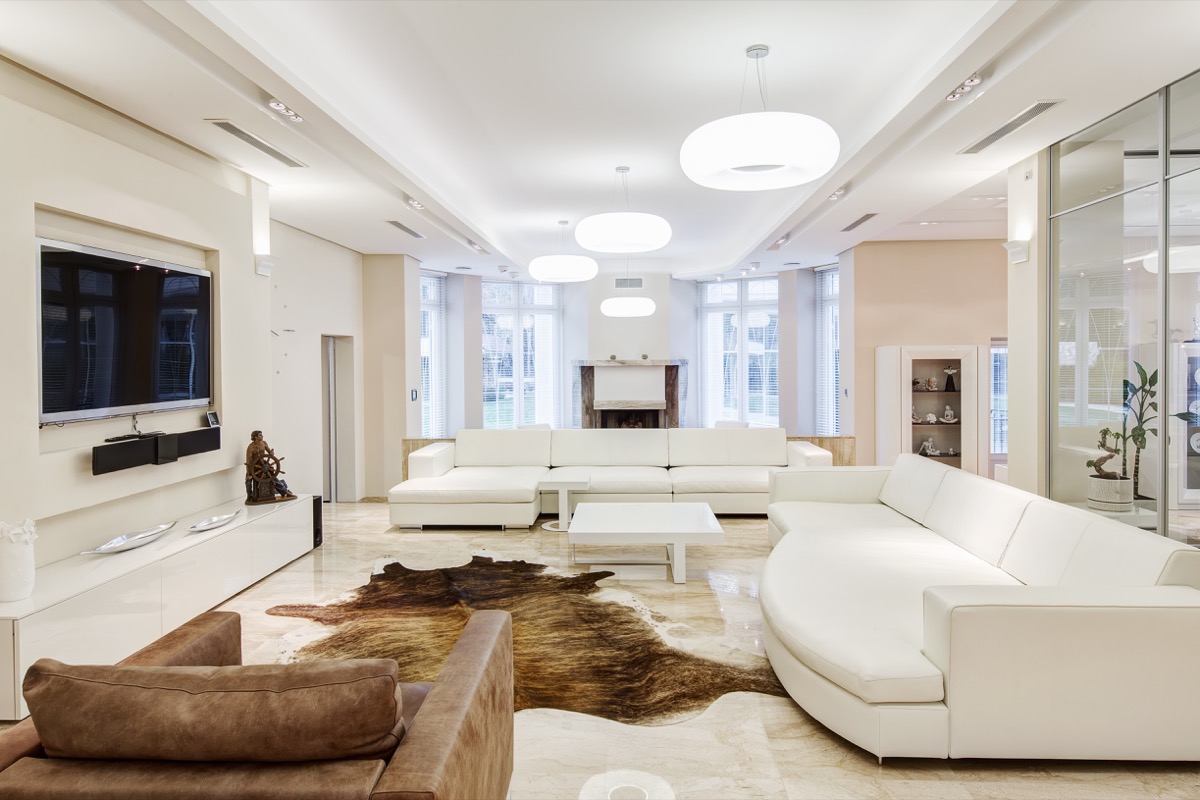 Ever heard of the mansion tax? If you're in the tri-state area, you are likely not a big fan. The tax, officially known as the "realty transfer fee," is a 1 percent fee charged to any real estate transaction in New York or New Jersey that's valued over $1 million. That might not seem like a lot, but when you're buying an apartment in New York for $5 million, that 1 percent is going to set you back an additional $50,000.

3
Property taxes tend to be higher.

Several factors go into calculating how much each homeowner pays in property taxes, many of which are impacted by the sheer size of a residence.

"The assessor takes into account how much similar properties have recently sold for, any improvements or additions you've made to the home, how much it would cost to replace the home and how much income you could earn from the property if you rented it out," explains Amber Keefer of The Nest.

Basically, every inhabitable room in a house contributes to its perceived value, so typically bigger houses have higher property taxes.

This is just common sense, really. The more square footage you own, the more surface area you'll need to clean every week. And not only is this a major inconvenience, but it's also expensive.

A homeowner with a 2,000-square-foot home can get away with buying cleaning supplies once every month or so. But if you have a seven-bedroom abode, you're going to need to restock at least once every couple weeks. Sure, people with big houses can presumably hire maids, but that's just another expense to add to the list.

According to The Balance finance expert Paula Pant, a homeowner is supposed to set aside about $1 per square foot per year for emergency maintenance costs.ae0fcc31ae342fd3a1346ebb1f342fcb

The owner of a 2,000-square-foot home, for instance, would have to set aside $2,000 annually for this emergency fund. The owner of a 6,000-square-foot home, however, would have to save three times as much. And that large sum isn't even guaranteed to cover costs completely, seeing as other factors—like the age of your home, the climate you live in, and your location—play important roles in potential maintenance costs as well.

6
They take longer to sell.

Though bigger houses are technically worth more, it's also harder to exchange them for cold, hard cash. According to a NerdWallet metro area analysis, the smallest 25 percent of homes appreciated at a faster rate than the largest 25 percent.

Right now, young millennials with small families and limited funds to spare make up a majority of the real estate market, and they just don't have the money to afford extravagant homes.

According to research from the University of California, Los Angeles, most families—even if they have square footage to spare—tend to spend most of their time in the same few rooms, namely the kitchen and family room. Most other rooms, quite frankly, are just wastes of space that foster clutter.

8
It's harmful to the environment.

New Zealand architecture student Iman Khajehzadeh performed a study in 2017 that found that bigger houses can negatively impact the environment. Because people only use the same few rooms in their house, the energy used to light, heat, and cool the wasted rooms is harming the environment unnecessarily.

"While decisions in terms of house size selection seem personal, they can have significant impacts on resource use as well as the environment," Khajehzadeh explained.

People who live in small homes can't create too much clutter simply because there isn't space for it. Folks who live in giant homes, though, are another story.

With storage space galore and rooms to spare, those with big houses are far more likely to waste their money on things they don't need, just because they have the room for it.

It's all too easy to feel like you're alone when there's some 6,000 square feet of empty space surrounding you. Even if you have a family and a spouse, having unused rooms and unoccupied space is going to make you feel like something—or someone—is missing.

11
There won't be as much family bonding. 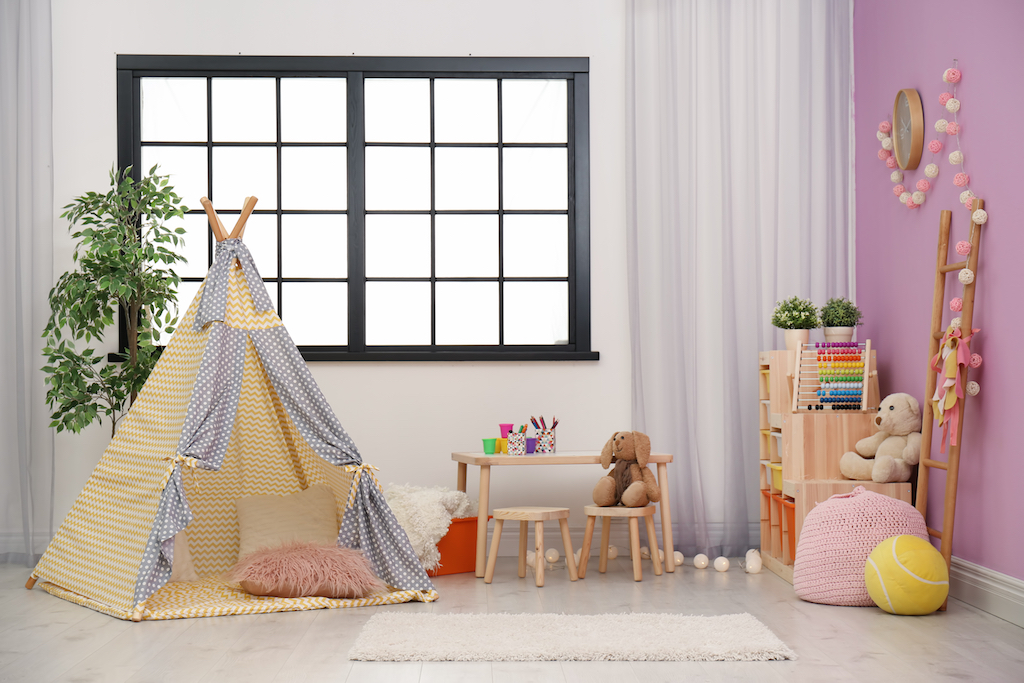 The sad reality is that when kids have more room in the house to escape, they'll take advantage of it. "The more opportunity your family has to communicate, the more they will," Brett Graff, author of Not Buying It, explained to Realtor.com. "Real bonding moments happen in hallways or around the kitchen island."

12
The commute is probably worse.

Bigger houses need to be situated on more land. And where do you find big plots of land? Not near municipalities!

More often than not, the people who buy big homes end up adding time to their commute. And a few months of commuting an hour every day can seriously affect one's mental health. A 2017 study in the U.K. found that those with commutes of an hour or more were 33 percent more likely to suffer from depression.

People who want others to see that they have a nice car, a big house, and a fancy purse tend to be materialistic. And while there's nothing wrong with splurging on these things for yourself, the same can't be said about all-out materialism.

One 2018 study published in the Journal of Family and Economic Issues found that people who value their possessions more than their personal relationships often see their marriages suffer as a result. So if you want a big house for the wrong reasons, it's probably time to reevaluate.