Both President and Dr. Biden say they try to stay firm on this rule.

Like most pets, first dogs Champ and Major Biden are probably hard to say no to with those puppy dog eyes. But when you call the White House home, there have to be some rules. While President Joe Biden and First Lady Jill Biden, EdD, said there aren't too many restrictions on the pups in a recent interview, there's one place in the White House they revealed they're not allowed to go. To see which spot these pups can't access, read on, and for more precious pets, check out 50 Adorable Puppy Pictures That Will Put a Smile on Your Face.

The first dogs can't go on the furniture.

During an exclusive interview with People, the president said Champ and Major, who are both German Shepards, are really well behaved, so they only have one rule—they're not allowed on the furniture, including beds and couches. But the dogs have the run of the rest of the house, along with the spacious front yard.

During another recent interview for The Kelly Clarkson Show, the first lady introduced host Kelly Clarkson to Major and Champ at the White House. While they were talking about how the dogs weren't allowed on the furniture, the first lady admitted that although they're usually very obedient, she did recently catch Major on the couch—but he jumped down quickly once she saw him. And for more up-to-date news delivered straight to your inbox, sign up for our daily newsletter.

But they bend the rules when the president's granddaughters are in town. 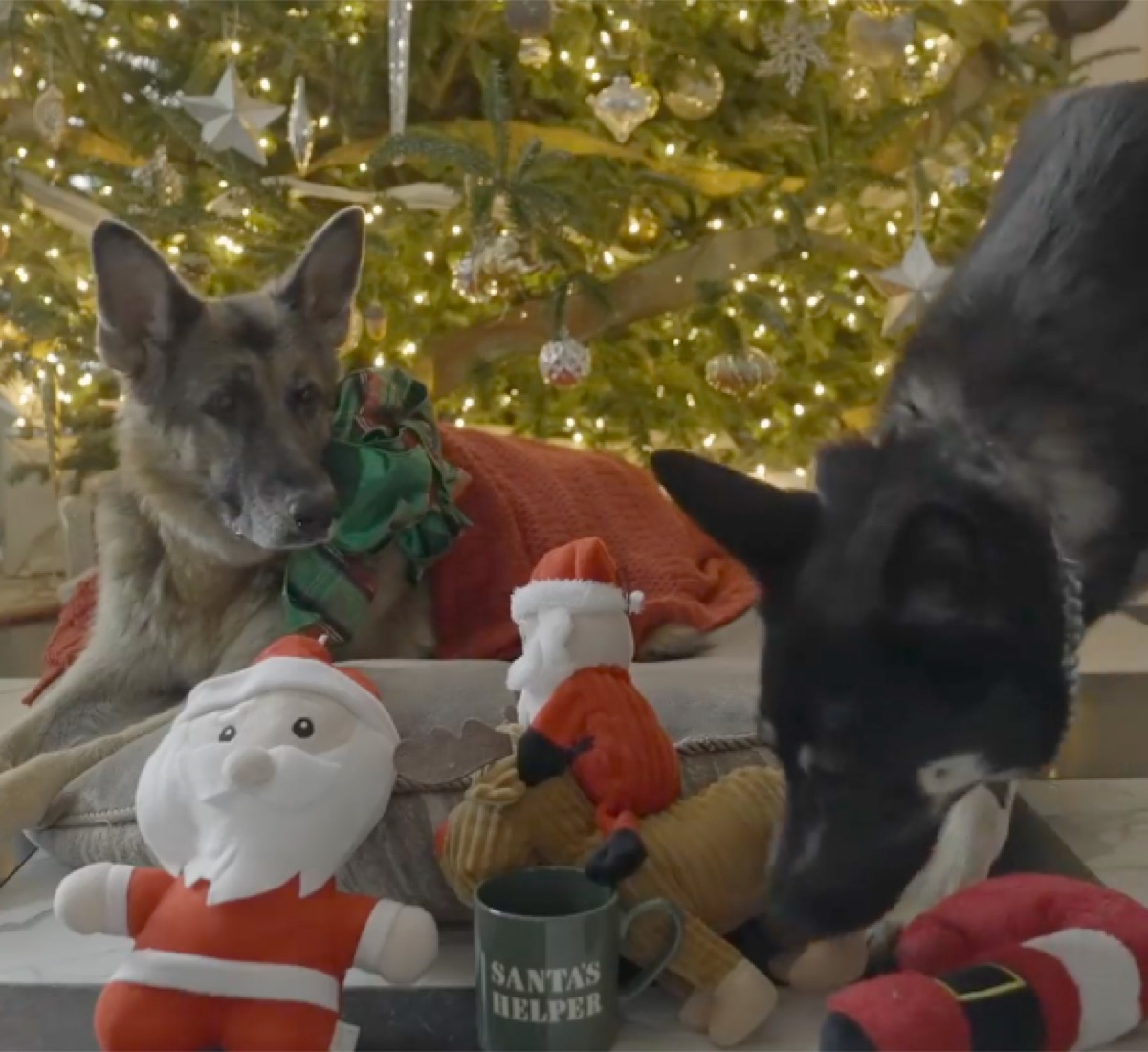 The president admitted to People that when his granddaughters stay overnight, the dogs tend to make their way onto the beds, especially Major, who's younger and a little more rambunctious it seems. "He sneaks in. He jumps up on the bed with them," said the president. And for more regular updates from Best Life, ign up for our daily newsletter.

The dogs went through serious training.

The president said that both pups were trained from the beginning. "Champ is old, he's 14 years old, and he was extremely well-trained by the Canine Corps, and he thinks he's Secret Service, but Major, who is a big, little dog, is about a year-and-half-old," he told People. And if you're a pup lover, check out The 50 Most Popular Dog Breeds in America.

Major is the first rescue dog to live in the White House.

Thirty-one out of 46 presidents have had dogs in the White House, according to Insider. However, Major is the first rescue dog to take up residence at the famous home.

Major was rescued from the Delaware Humane Association (DHA) in Nov. 2018. He came from a litter of six German Shepard pups that were brought into the shelter after being exposed to something toxic in their home, according to a DHA Facebook post. First Daughter Ashley Biden sent the post to her parents, who were looking for a companion for Champ as he was getting older, NPR reported. And the rest, as they say, is White House history. For more on another celebrity rescue, check out Jennifer Aniston's Adorable New Rescue Puppy Has the Classiest Name.