20 Signs You're Dating a Commitment-Phobic Man

Know when to take control and call it quits.

It's not a problem that a lot of us aren't looking for a committed relationship. It is a problem, however, when you're in a "committed" relationship and your partner has, shall we say, completely different expectations from yours. (And, yes, it becomes downright maddening when you're ready to settle down, and you're repeatedly finding yourself in relationships with partners who refuse to.)

So, to help you save time, effort, and potential heartache, we've compiled all of the expert-sourced red flags that will help you spot a guy who's wasting your time from a mile away—from his habit of only making last-minute plans to his steadfast refusal to introduce you to his family to his miraculous ability to ghost you (only to reappear again unexpectedly). So read on—and for more great relationship advice, be sure to read the 15 Worst Reasons to Delay a Breakup.

1
He Won't Define The Relationship 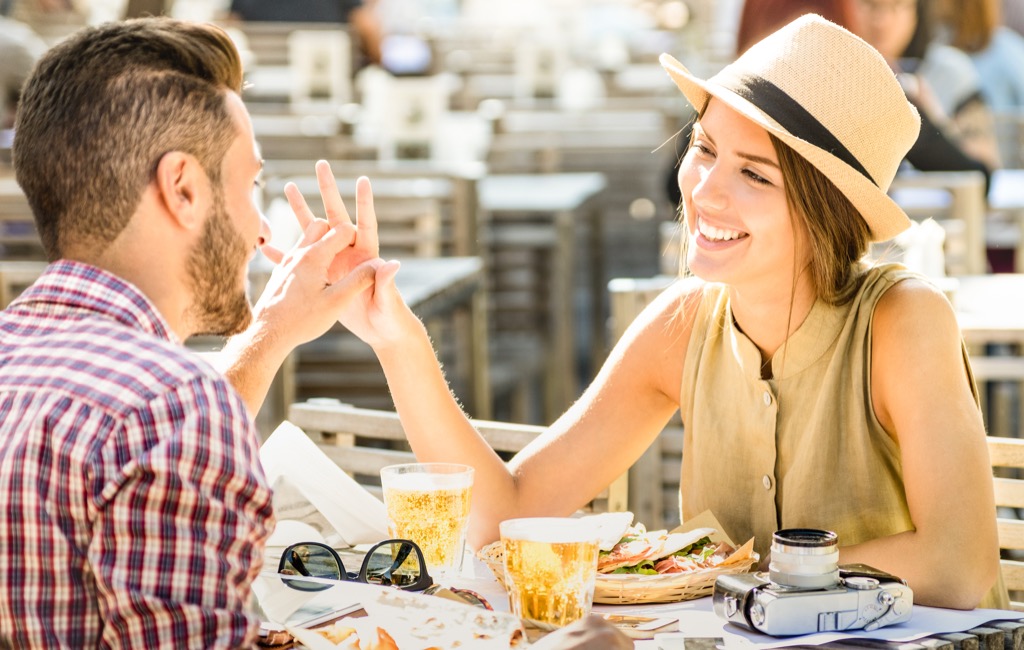 "If someone avoid the topics of commitment or exclusivity like the plague, it's probably a sign that he doesn't see any longer-term future with you," says Rabbi Shlomo Zalman Bregman, a matchmaker and author. And even if he's not ready to make things official right this second, "if your guy takes you seriously, he will realize this is a reasonable human expectation and be open to talking about it, and want to address your feelings." Notice him pulling away physically? Learn how to Read Your Partner's Mind with These 10 Body Language Tells.

2
His Relationship History Is Sketchy 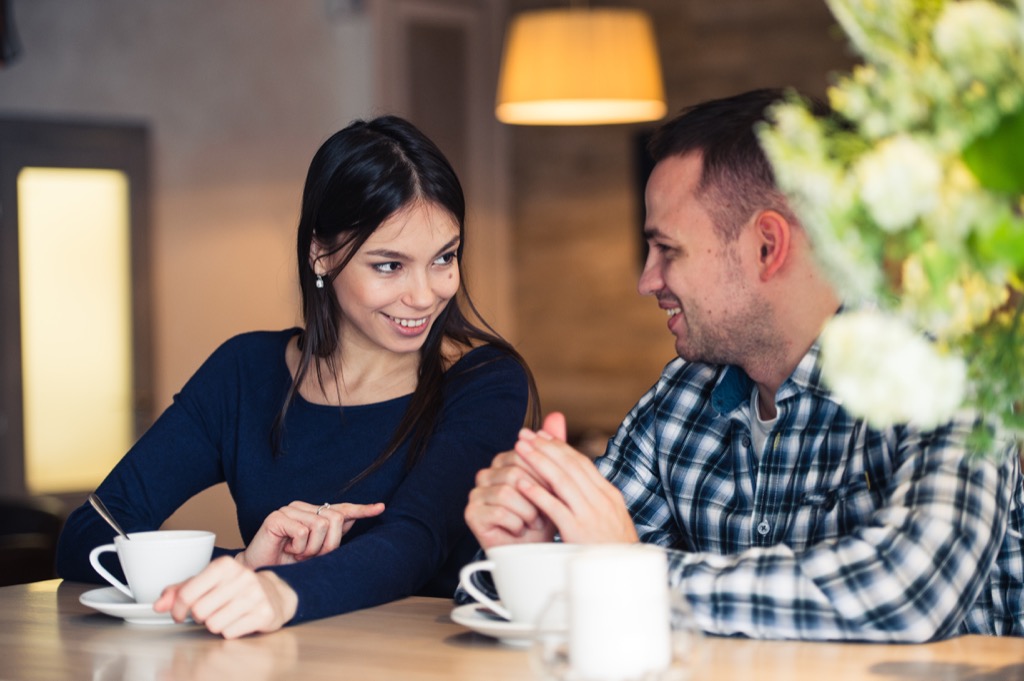 If you discover that a guy you're seeing hasn't had any major relationships and is over the age of 40, it's reasonably safe to say he may have a commitment issue. Even worse, if he's evasive about his relationship history after the first few dates—head for the hills, says Cynthia Spillman, chief executive of The International Dating Academy. Another relationship history red flag? "He blames all of his ex-partners for the breakup of their relationship and assumes victim mode." For more great relationship advice, here are the 17 Secrets You Should Never Keep from Your Partner. 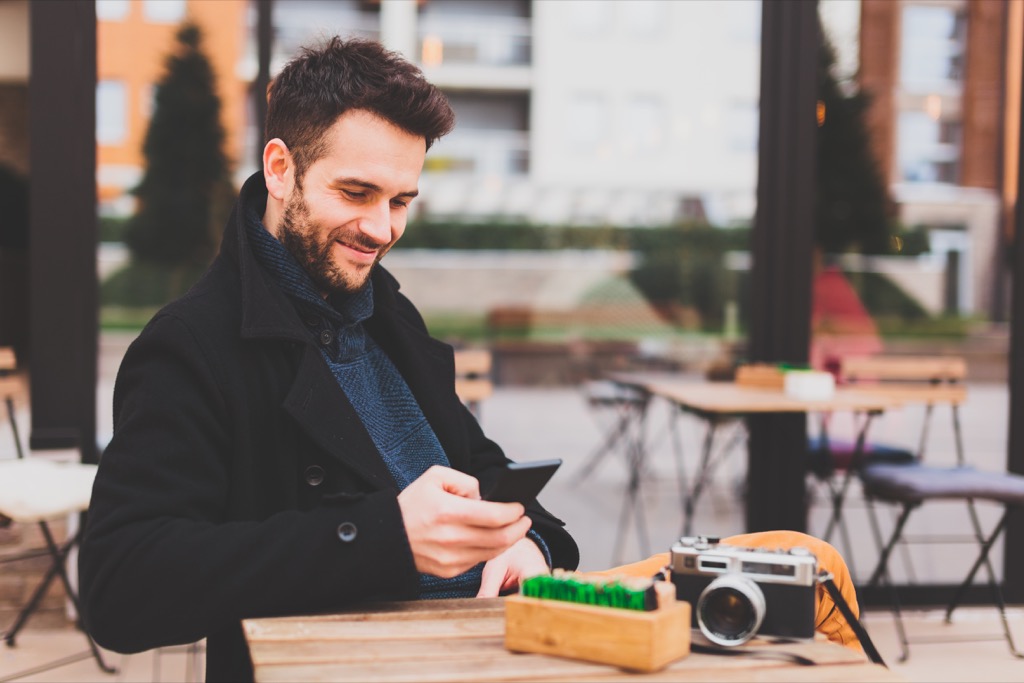 "When everything is last minute, beware," says Rori Sassoon, CEO and Co-Founder of matchmaking service Platinum Poire. "If he is just fitting you in wherever his schedule has a gap, he may not value and respect your time enough to plan a date that works for you." That means he sees you as someone who is just temporarily in his life. "If he is interested in being with you long term, he will be respectful about your future plans and inquire about how he will fit into them."

Sometimes the smallest actions can speak volumes about what's going on in his head. If he never ever says "us" or "we" and sticks with "me, myself, and I," that's a pretty significant heads up that  he still thinks himself as a solo agent. "If a guy doesn't use words that indicate that he thinks of the two of you as a couple, you can see this as a big, red flag that he is commitment-phobic," says Cindi Sansone-Braff, a relationship coach and author. This particularly true if you've been dating for at least a couple of months. Remember: Speaking vaguely about relationships is a major red flag and one of the surefire signs you're about to get ghosted.ae0fcc31ae342fd3a1346ebb1f342fcb

5
He Always Puts His Bros First 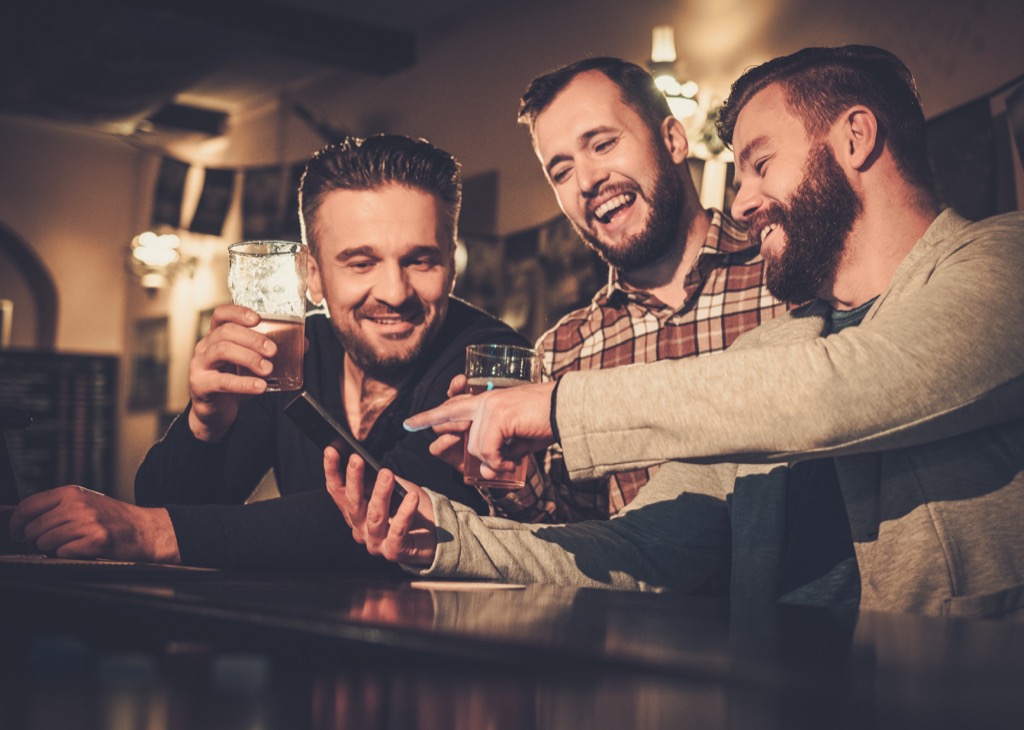 "When a man ditches you fast when his guy friends call, you know he isn't truly committed," says Vikki Ziegler, a relationship expert, divorce attorney, and author of The Pre-Marital Planner. Of course, it's more than acceptable for him to spend time with his guy friends, but it's the ditching part that's really key here. It shows that "his priority list is skewed and you should check to see if you will ever be number one. Men who are committed prefer spending time with their love more than with their buds."

"One sign that a guy will never commit to you is that he refuses to connect with you over social media," Bregman says. "Now, I'm not talking about someone who likes you but is not just ready yet to adjust their Facebook relationship status to link to your profile. I'm referring to someone who won't even accept your friend request, even after you ask him about it." Why? Well, it's sketchy. 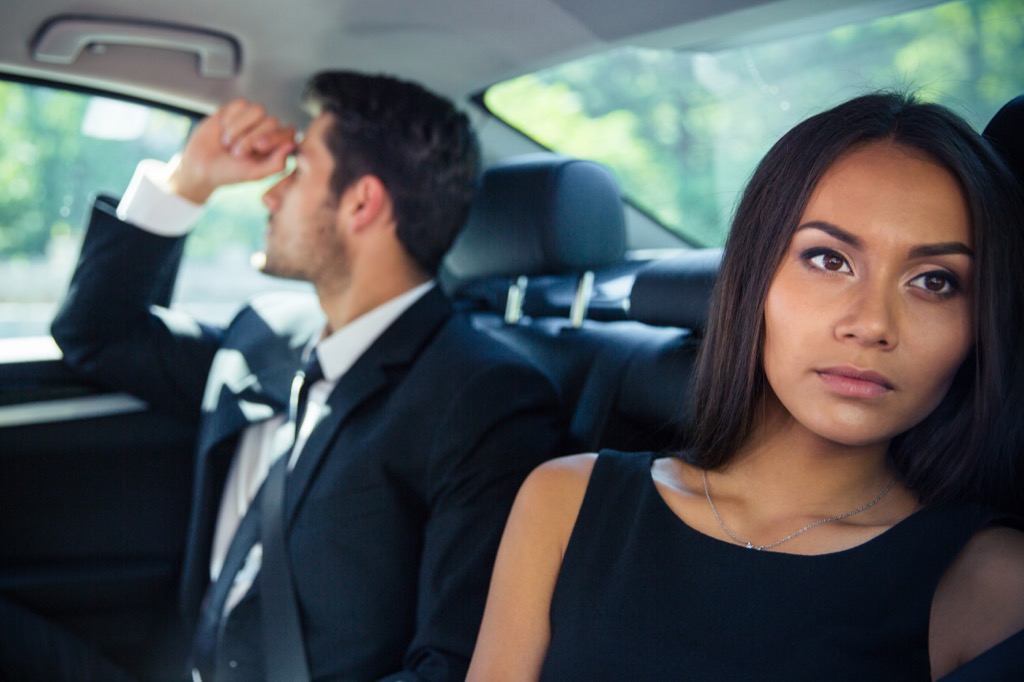 It makes sense to put off popping the question in some circumstances, but if it seems like he keeps inventing reasons why now isn't the time—from wanting to save money to needing to indulge in the desire to travel or work overseas—you may want to ask if it's ever going to be a good time, says Toni Coleman, LSCW, a psychotherapist and relationship coach. 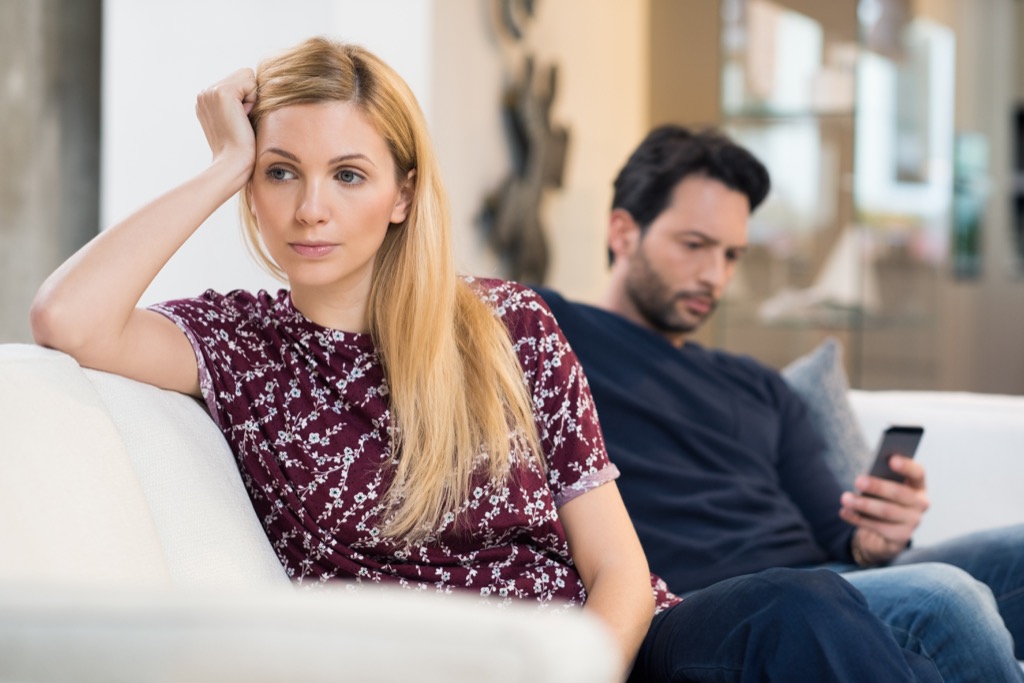 In many cases, your instincts will provide the answer about whether or not he's invested. "At the end of the day, people will go after what they really want," says Sassoon. "Pay attention to where he invests his energy. If he's always making major plans with other people and not inviting you, it shows you where his is priorities are." 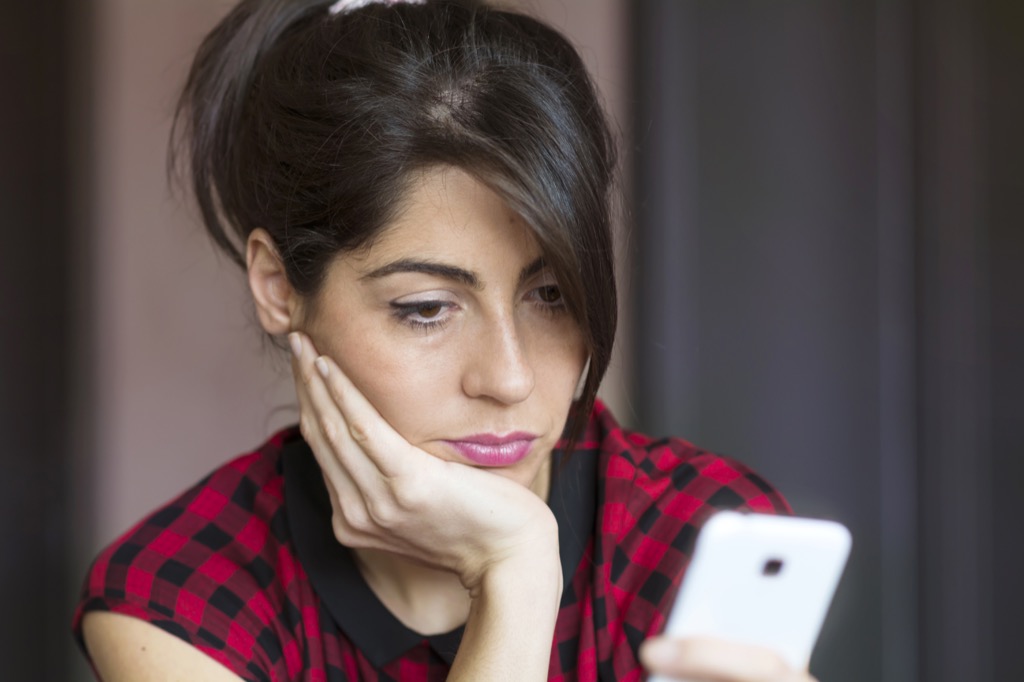 If there are big chunks of time that go unaccounted for and then he miraculously resurfaces, that's a pretty clear sign something is up. "Your texts, calls, and emails go unanswered or unreturned for no apparent reason, and then he reappears a few days or weeks later, without any explanation as to what happened or where he was," explains Sansone-Braff. There are many explanations for why this might happen (he's extremely busy with work, family, or dating other people), but all of them point to slim chances that he's interested in a committed relationship. Great relationships allow people to connect on multiple levels: physically, emotionally, and maybe even spiritually. "If the guy you're seeing is only interested in physically connecting with you, to the exclusion of all others, it probably means that he's not trying to get to know you very deeply. This is almost a sure sign that his intentions for this relationship will remain in the realm of the casual and superficial," Bregman notes.

11
Marriage and Engagement Make Him Jumpy

If he changes the subject, gets very quiet, or gets defensive when you talk about your friends' engagements and weddings, this indicates he might not ever be comfortable with the idea of committing in this way, Coleman says. 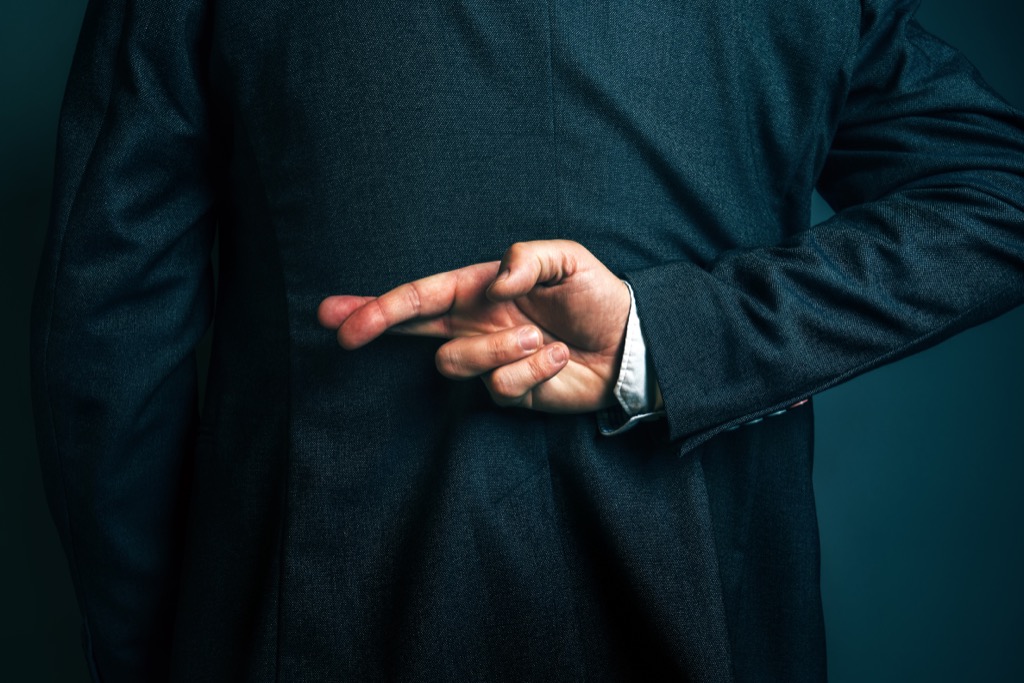 This is a bad sign in general, Spillman says, but it can be especially indicative of an inability to commit. Maybe he tells you he's not dating other people, but then you see he still has an active dating profile. These kinds of mixed messages show that even if he does say he's ready to make things official, you may not be able to trust his word.

13
He Doesn't Want to Hang Out on Your Birthday

Avoiding major life events and holidays is a classic commitment-phobic move, according to Sansone-Braff, and he might not even realize he's doing it. "Often these important events go unmentioned or apparently unnoticed." If he doesn't want to spend a day that's important to you with you, it shows you where he thinks he belongs in your life—nowhere.

14
He Won't Introduce You to His Family

Especially his parents—if they're on good terms and live within a reasonable distance. "This is a huge problem and translates into the fact that he doesn't think you're worthy of becoming wife material," Ziegler says. "Any guy who is truly committed wants to show his lady off to family."

Similarly, "someone who will never commit to you will probably never invite you to come out and join him with his friends," Bregman points out. "If you do make plans, it will always entail him leaving what he's doing and breaking off from his group, to come see you—alone."

16
You Know or Suspect He's Already Committed to Someone Else

"This is a showstopper," Spillman says. How can he commit to you if he's already committed to someone else? Plus, "most men don't leave their partners for another woman, and if they do, then how can you be certain that you won't be given the same treatment if and when he tires of you?" Of course, it's not guaranteed to happen, but history does have a way of repeating itself.

Are you the one who usually reaches out and asks him to spend time with you, rather than the other way around? "If a man is inclined to view you with a more serious set of eyes, then the balance here is probably equal," Bregman says. "You are both actively pursuing contact with each other and opportunities for more time together." If this isn't the case, you may have some thinking to do.

18
"Someday" Is His Favorite Word 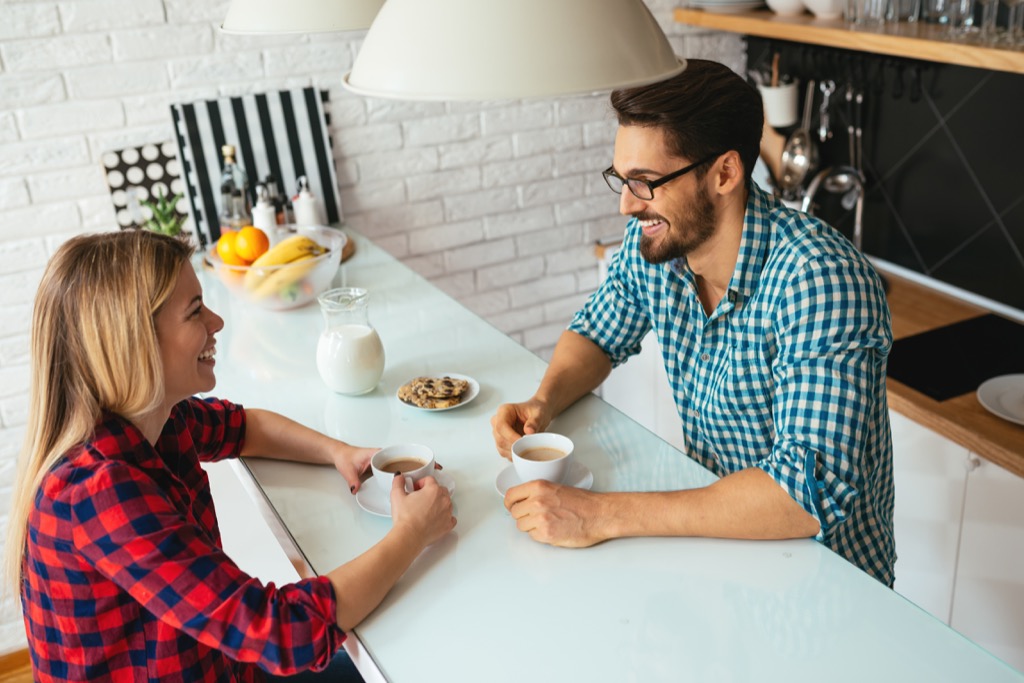 "He assures you that sometime in the future he will be ready, but when you ask for an estimate, he can't give you one," Coleman says. If you've been hearing him say that he'll be ready "someday" for years, it might be time to stop believing him.

19
He Doesn't Ask Any Questions 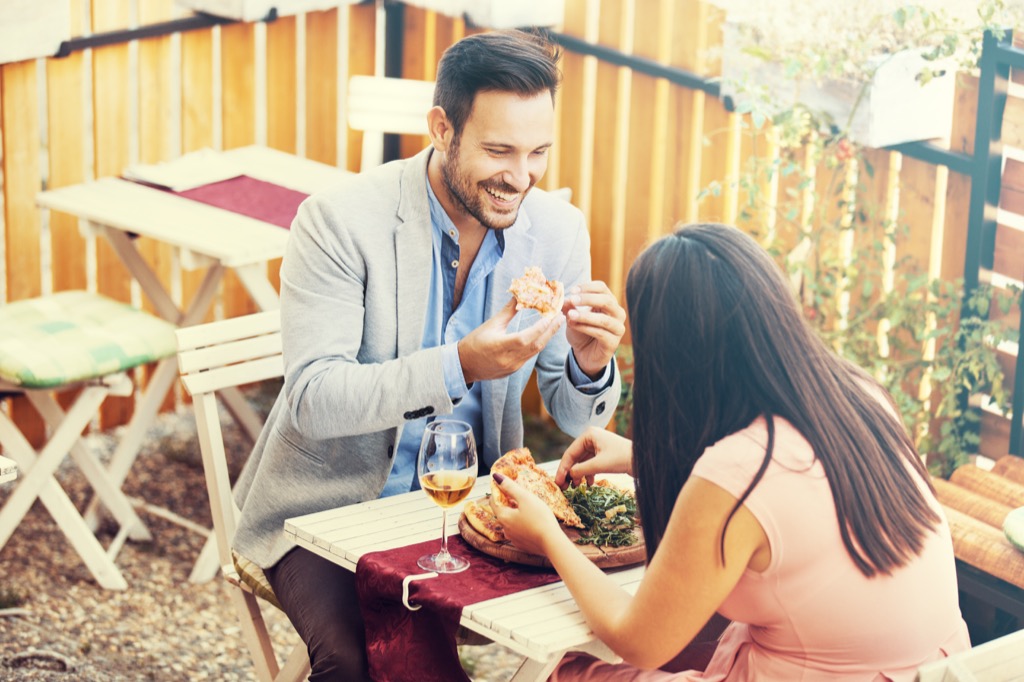 "A guy who is envisioning a possible future with you will ask you a lot of personal questions that cover a broad spectrum of life's experiences and will want to get to know you on a multitude of levels," says Bregman. So if he hasn't bothered to ask you basic queries about what makes you tick, it doesn't bode well.

20
He Tells You He's Not Looking for a Commitment 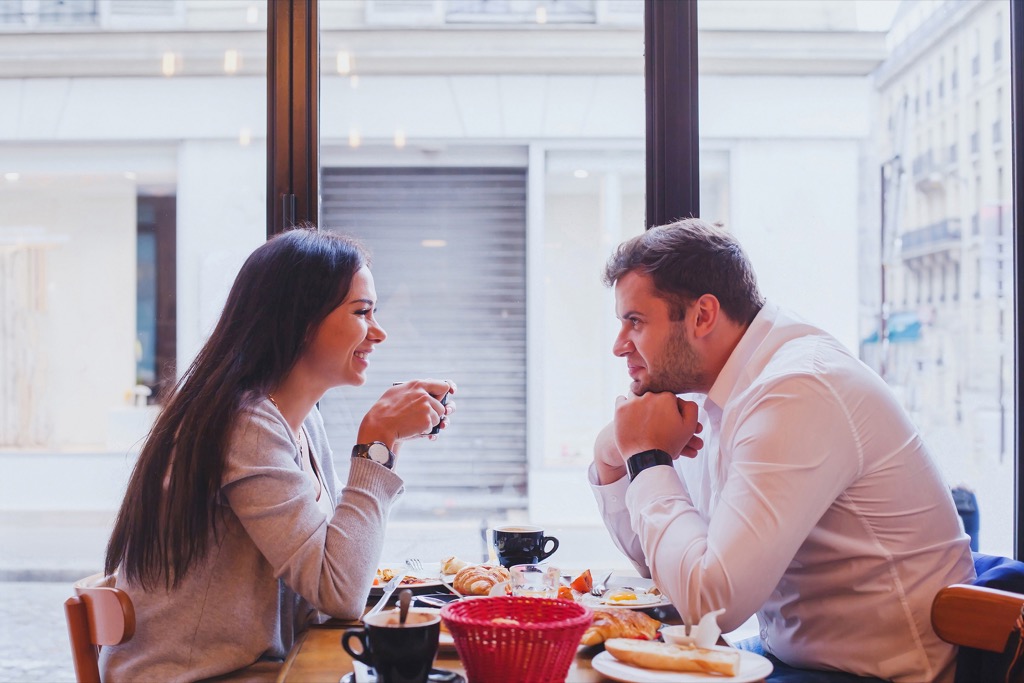 No, he's not saying this because he's playing hard to get. More likely, he's doing his best to be honest about what he's really really looking for. "Believe what people say and move on to find someone who is ready, willing, and able to commit to you," Sansone-Braff suggests.

And if you find yourself back on the market—even in middle age—don't worry. Here are 40 Reasons Why Being Single in Your 40s is the Greatest Thing Ever.